Watch this Oscar Winner in a comfy ensemble and messy bun

Watch this Oscar Winner in a comfy ensemble and messy bun

She’s known for her array of enviable looks while attending premieres and award shows. Yet, Jennifer Lawrence, 26, swapped her red carpet designer threads for a laidback look as she stepped out in New York on Wednesday make-up free.  The Oscar winner appeared in jovial spirits as she worked a statement light wash denim jacket as she carried her laptop outside her hotel in the Big Apple. 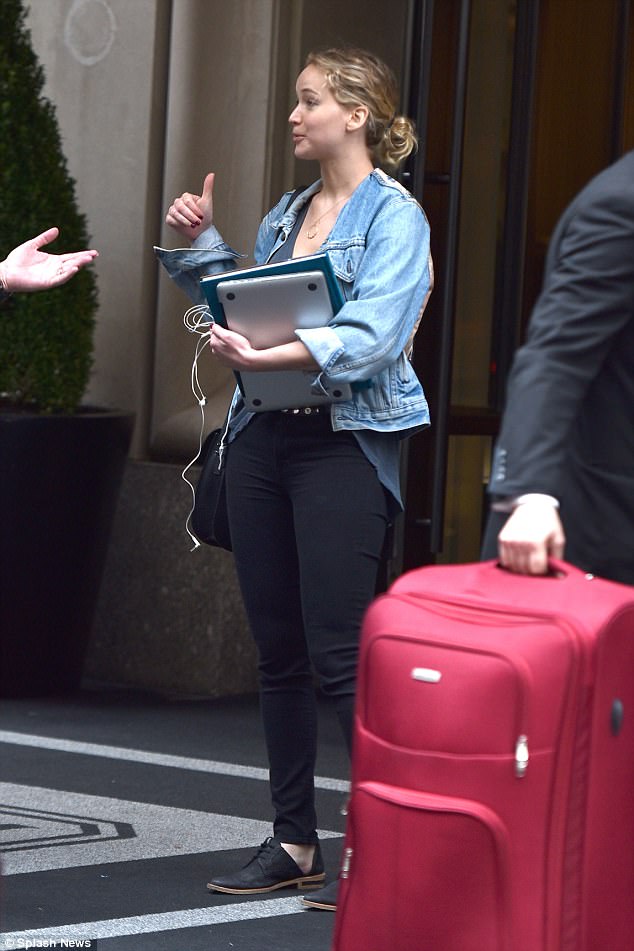 The multi-award winner teamed her loose-fitting piece with a plunging grey tee which she accessorized with a silver necklace with circular detailing. Smiling as she waited for her car, the Kentucky native – who is known for her roles in Passenger and Silver Linings Playbook – worked a pair of black jeans which hugged her slender pins. 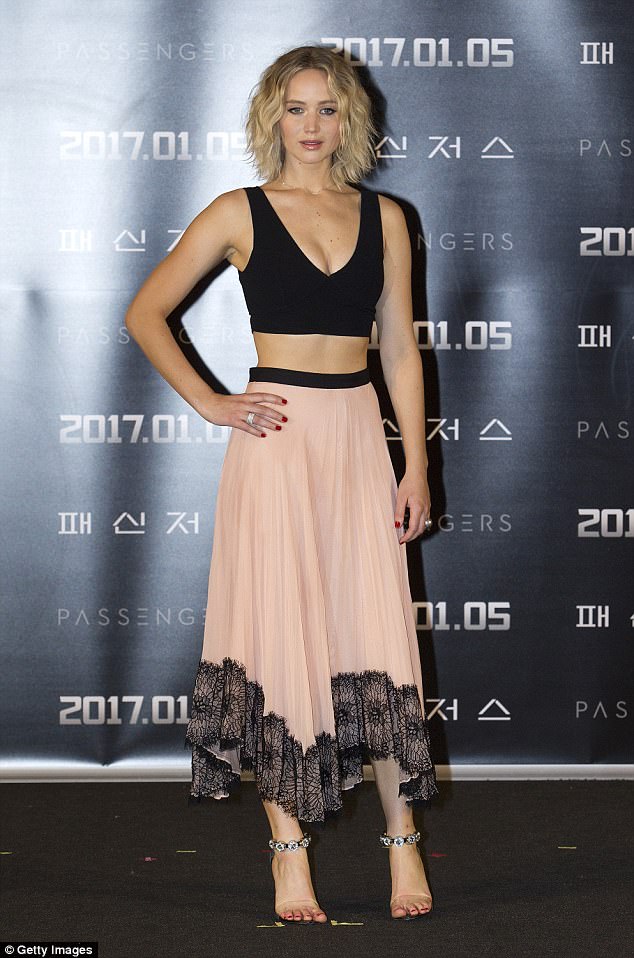 The Hollywood star draped her black leather bag over her shoulder while she accentuated her flawless complexion by styling her golden locks into a messy bun. Her appearance comes after she recently spoke out after video footage emerged of the actress writhing on a pole dancing pole during a wild night out at Austrian nightspot the Beverly Hills Club. 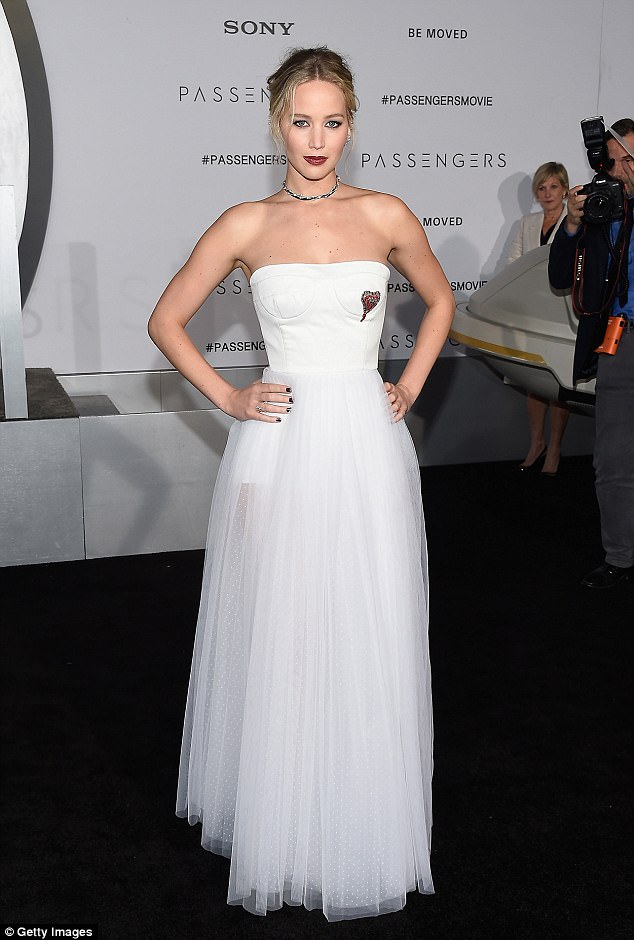 Responding on Facebook, the Hunger Games star revealed she was celebrating one of her best friend’s birthdays during the night the video was taken and dropped her “paranoia guard” to have fun. ‘Look, Nobody wants to be reminded that they tried to dance on a stripper pole by the internet,’ she wrote. ‘It was one of my best friend’s birthdays and I dropped my paranoia guard for one second to have fun. I’m not going to apologize, I had a BLAST that night. Reports suggested the Hunger Games star was dancing in just her bra but J-Law quickly shot the speculation down. 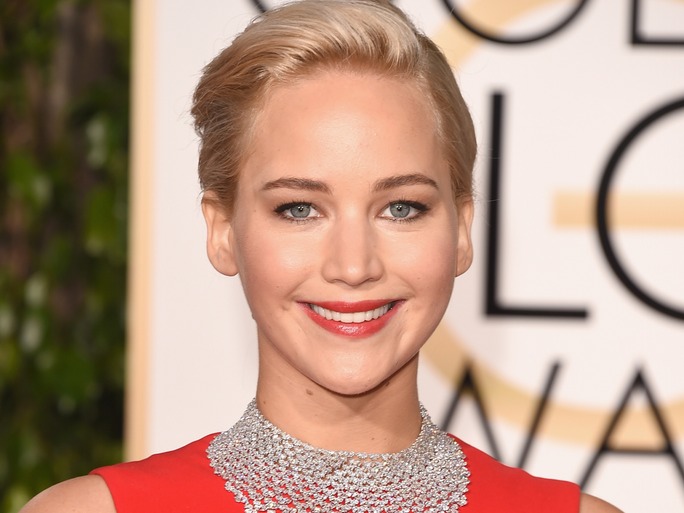 ‘Ps that’s not a bra it’s an Alexander Wang top and I’m not gonna lie, I think my dancings pretty good. Even with no core strength (sic).’ she quipped. In the footage obtained by Radar Online, the actress is seen crawling around on all fours in a tight skirt and waistcoat. Caught up in the moment she appears to spank herself with some dollar/euro bills she finds on the stage. ‘Jennifer seemed drunk, crawling on all fours around the stage and bending over for men to ogle’ a fellow reveler told the website. 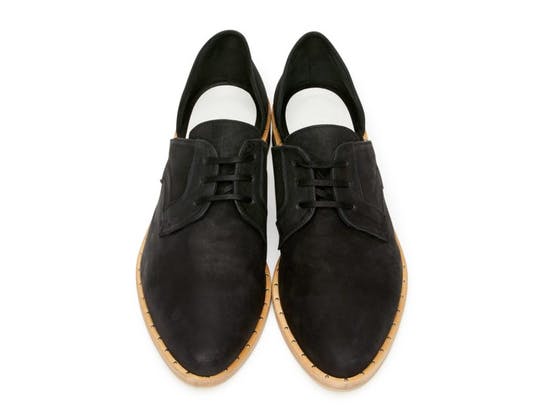 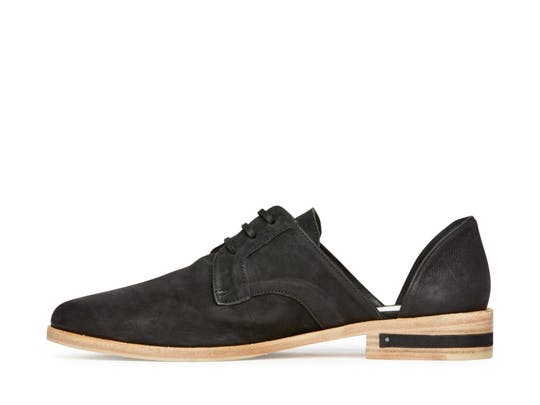 Oxfords are such a classic menswear inspired shoe that can be worn for work or play. But these beauties really take the cake with their cutout d’orsay design. 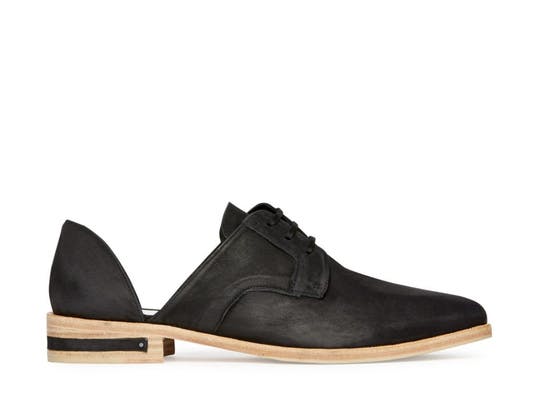 Nab yourself a pair by clicking through to Spring’s website (Buy). Or snag a similar style from the edit below: 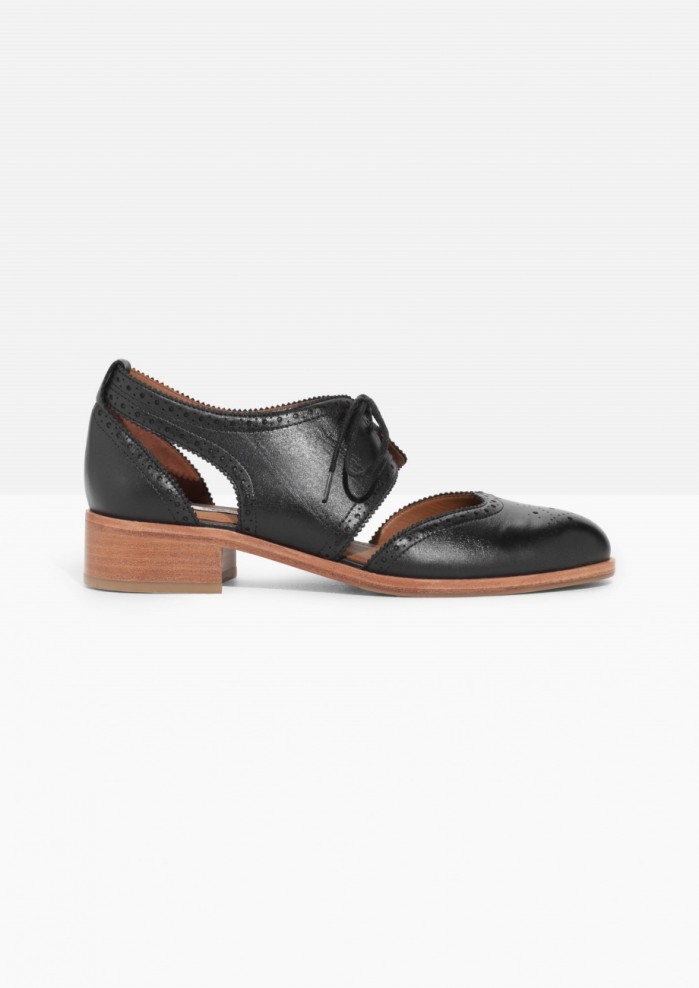 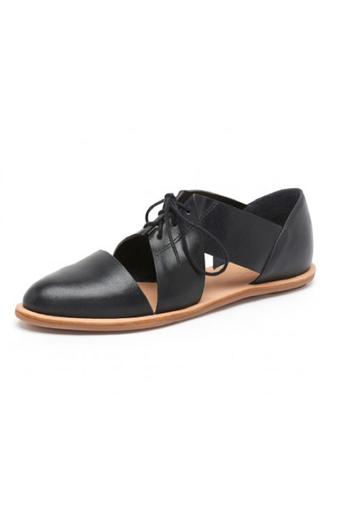