She rocketed to fame in The Mummy in 1999. And Rachel Weisz proved her timeless star factor as she arrived at the opening night of Hamlet at New York’s Public Theatre on Thursday.  The actress, 47, was joined by 49-year-old Bond star and fellow Brit Daniel Crag, who she married six years ago. 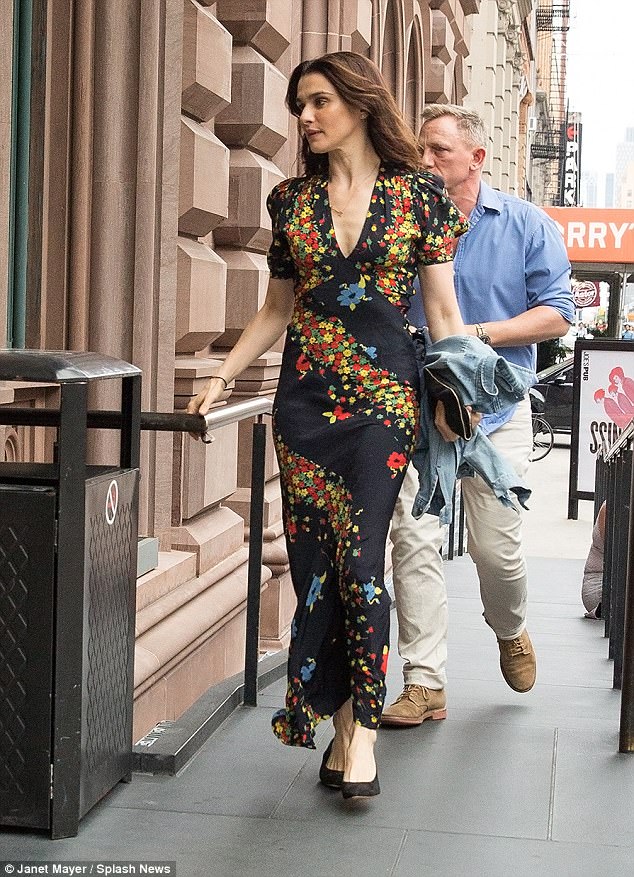 Showing off her flawless complexion and enviable bone structure, the award-winning actress opted for minimal make-up. Oozing understated elegance, she teamed it with a plunging floral black maxi-dress, teasing a glimpse of her decolletage. Adding height to her stature with a pair of mules, she hurried into the theatre alongside denim-clad Daniel. 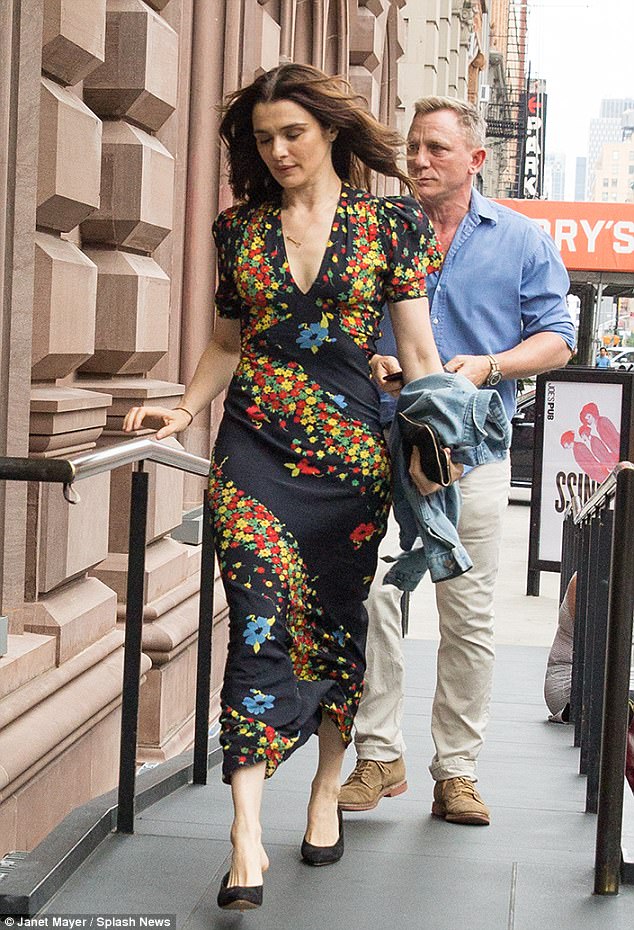 Daniel and Rachel wed in a small ceremony in New York in June 2011 after a whirlwind seven-month courtship. The actress has a nine-year-old son Henry with American film-maker Darren Aronofsky, who she split from in 2010 after nine years together. Daniel is father to daughter Ella, 23, with ex-wife Fiona Loudon, who he divorced in 1994. Meanwhile despite saying he would rather ‘slash his wrists’ than do another James Bond film back in 2015, reports claim Daniel is ‘coming around’. 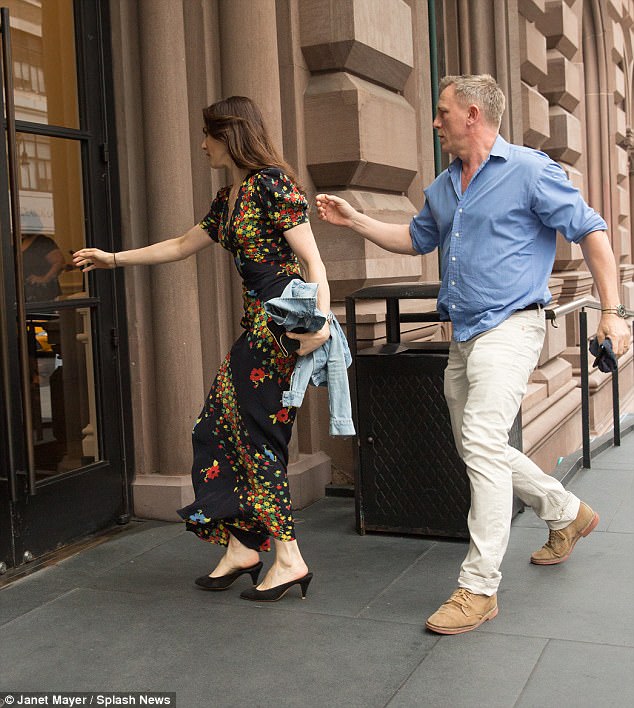 According to the Mirror, Bond producer Barbara Broccoli is thought to have secured the actor for the next 007 movie, alongside singer Adele for another iconic theme tune. A source revealed: ‘Craig and Adele together are the winning team, the ultimate choice, the money spinners. ‘It’s taken time but Daniel has come round and the strong consensus in the Bond offices is that Mr Craig is 007 again. ‘ 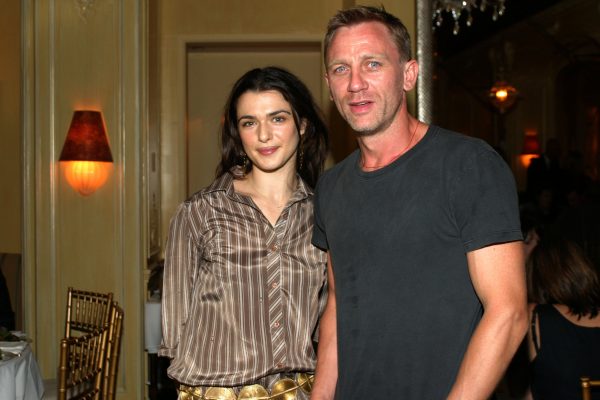 As for Adele, she’s more of an unknown quantity but loved being part of Bond, so the signs are positive.’ The insider also added that Daniel’s wife Rachel Weisz has approved of the project, and is willing for him to spend another year away to film. 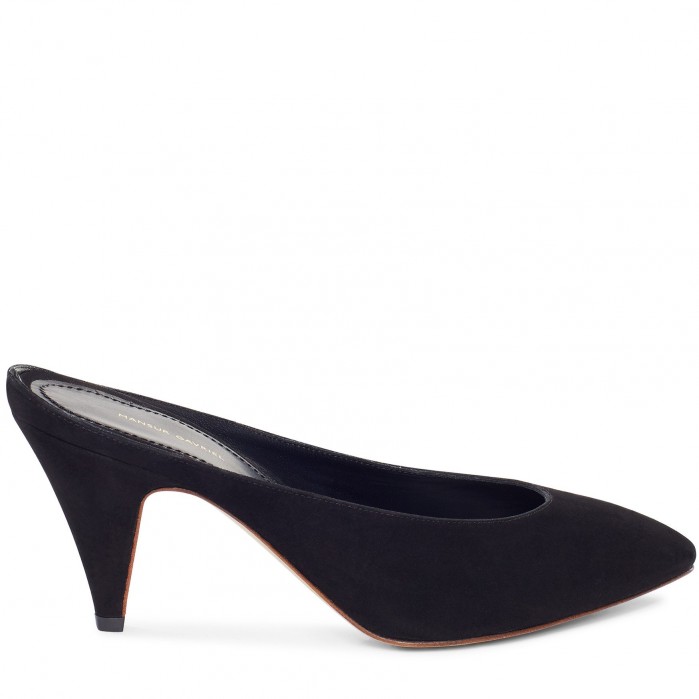 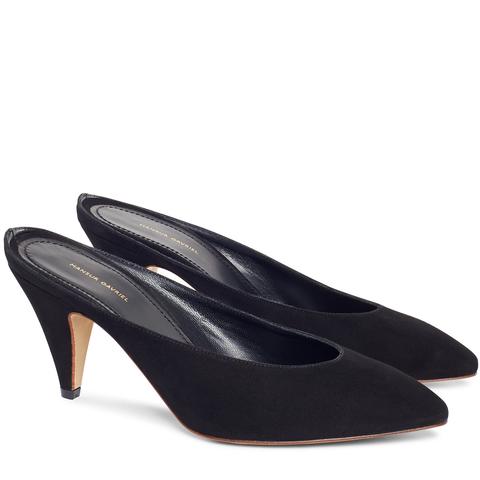 We love their cone heel and roundly pointed toe. If you do too then click ‘Buy’ to grab a pair now. 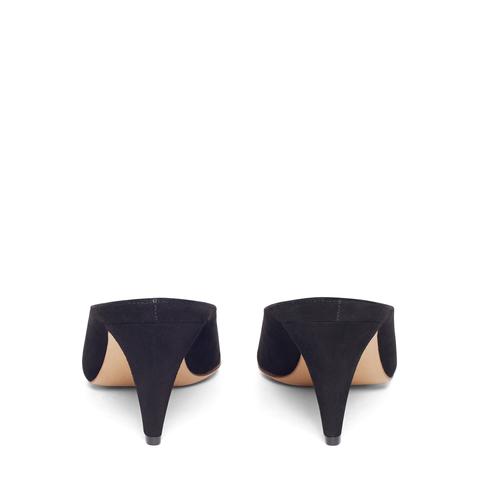 Or get the look with our pick of evening mules below: 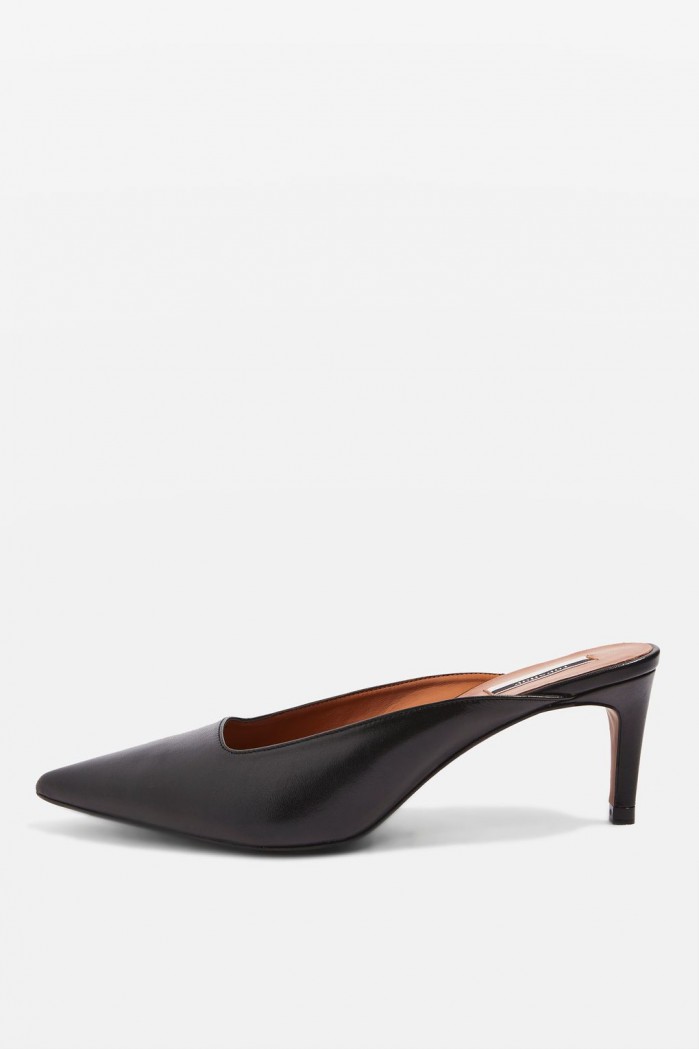 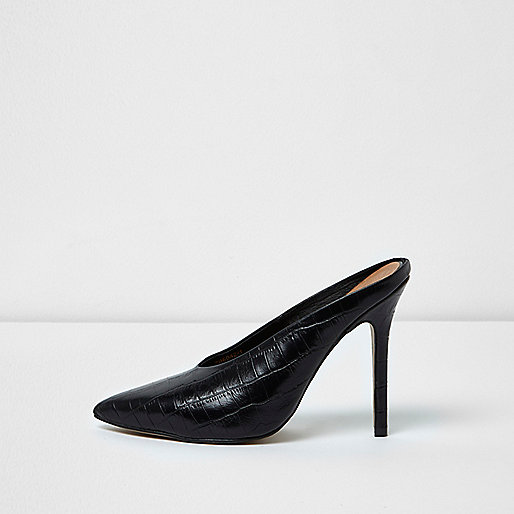