She’s known for her statement for shaggy chic looks, smudged eye-liner and funky ensembles while presenting BBC stalwart Strictly Come Dancing. Yet, Claudia Winkleman, 45, opted to turn in her usual glamorous appearances as she opted to go make-up free while going out and about in London on Wednesday. The much-loved host – who recently hit the headlines for her BBC pay packet – swapped her usual quirky sartorial ensembles for a pair of casual capri-cut leggings. 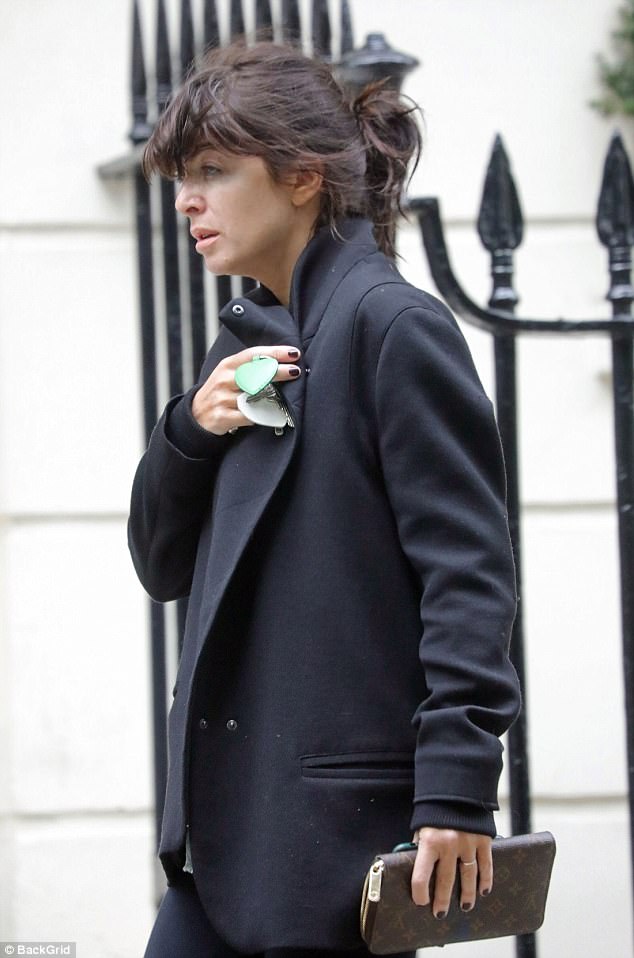 She teamed her pin-flaunting pants with a large mint-coloured silk shirt that covered her slender hips and thighs while she navigated the steps in her Gucci Princetown leather slippers. Claudia teamed her laid back attire with a loose-fitting wool black overcoat to combat the unusual chilly temperature in the city, carrying her Louis Vuitton purse in her manicured mitt. 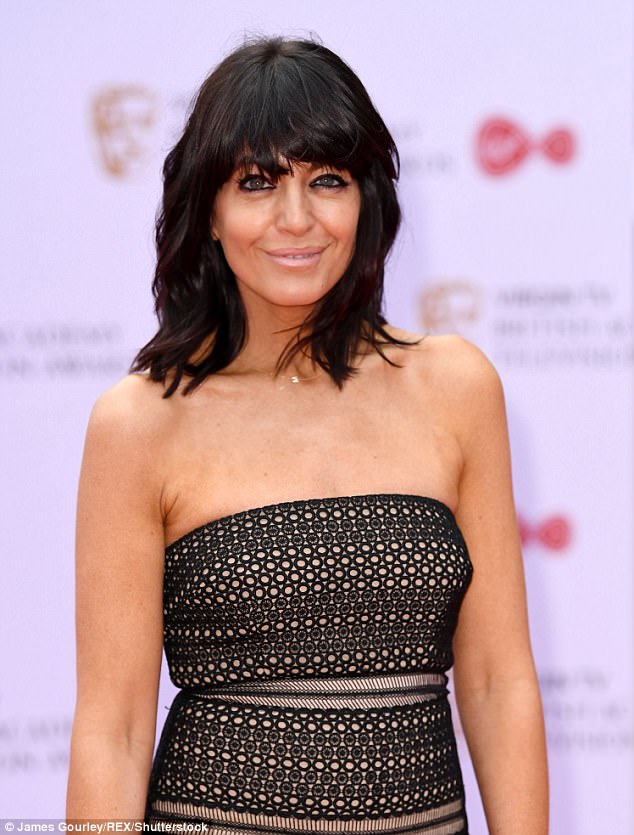 Working her brunette tresses into an out of character ponytail, the broadcaster went fresh-faced for the afternoon, with only the remnants of her trademark eyeliner under her eyes. 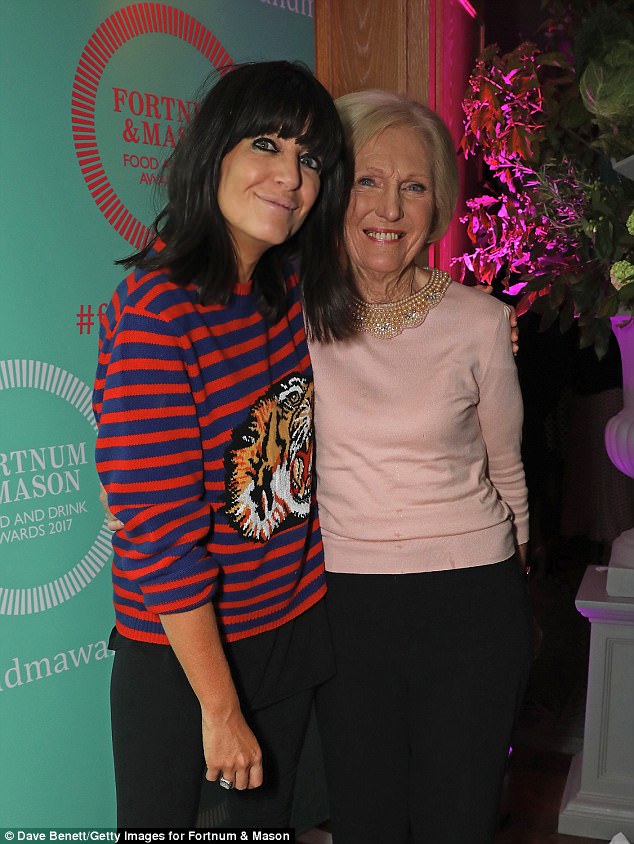 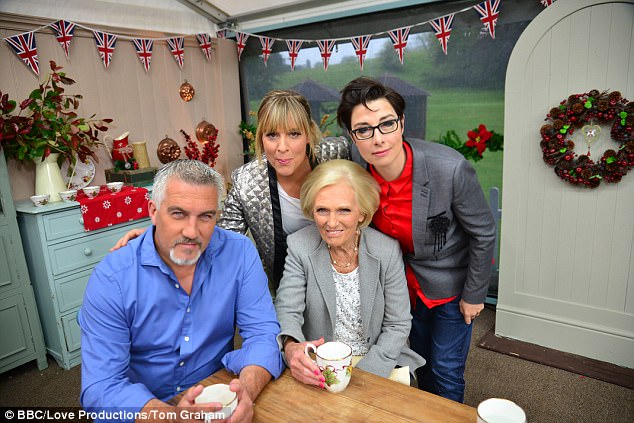 Speaking about the upcoming series, Mary gushed: ‘I am never more at home than when I have my judging hat on. ‘This series is going to encourage proper home cooking which I have always championed and I cannot wait to start. Claudia, for me, is the icing on the cake.’ While Claudia added: ‘I am over the moon to be part of this show. Am slightly obsessed with Mary so will follow her around with my own moussaka for most of the filming. Apologies in advance.’ 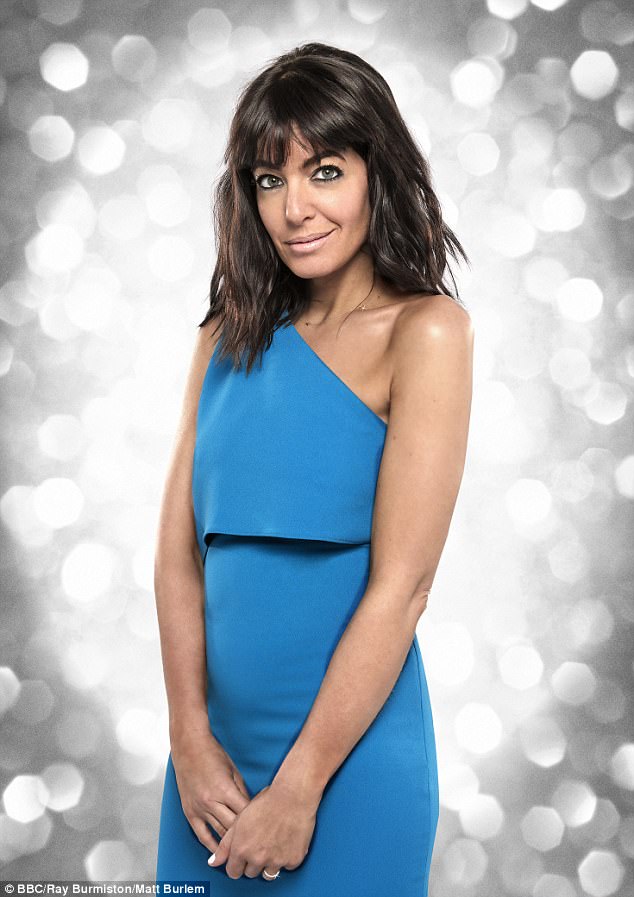 Elsewhere, Claudia was announced as the presenter for the Great British Bake Off as it’s successor Britain’s Best Cook which will have the nation’s favourite Mary Berry, 82, at the helm. The eight-part series – which will be aired on BBC One – will test the real-life expertise of the country’s greatest home cooks and ‘celebrate the food people make for their loved ones every single day’. 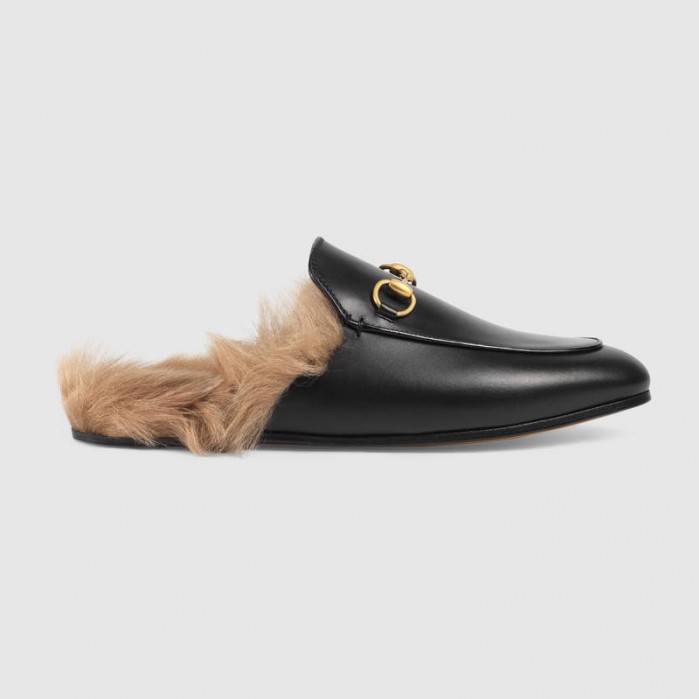 The Princetown slipper is fully lined and trimmed with lamb fur then finished with the signature Horsebit detail. 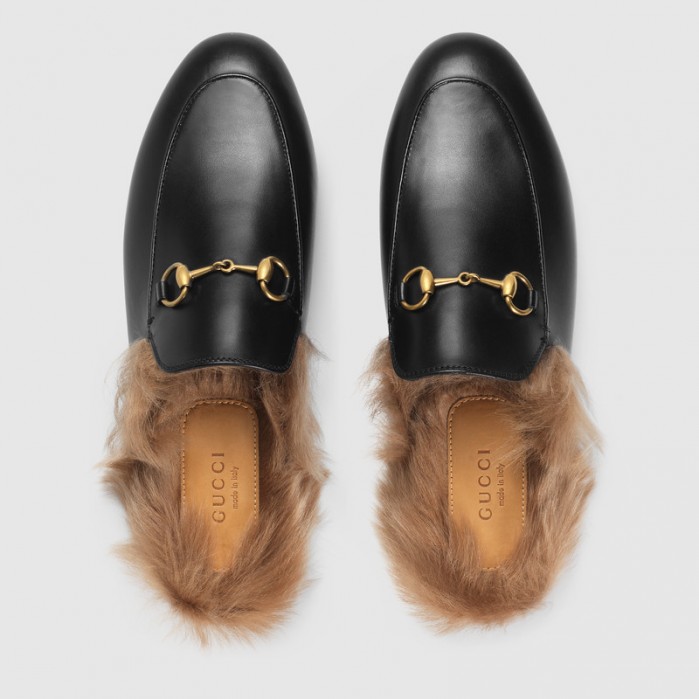 A whole host of celebrities have been spotted in furry Gucci loafers, including Kim Kardashian, Sofia Richie, Katy Perry, and now Claudia Winkleman. There’s no denying how much of a fashion-forward spin these loafers add to an outfit – they’ve transformed Claudia’s off-duty leggings and shirt combo effortlessly. 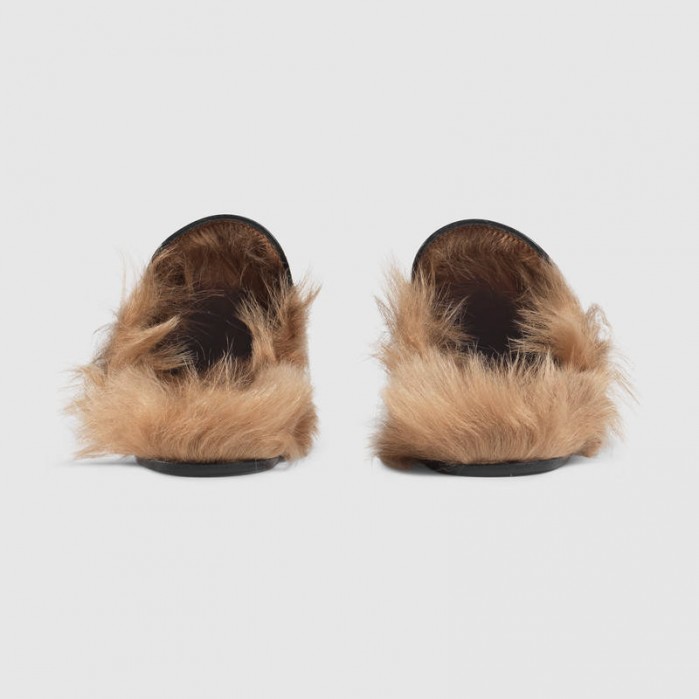 Follow the link on the right to buy these Gucci modern classics now, or for more choice check out our lineup of alternatives in the carousel below: 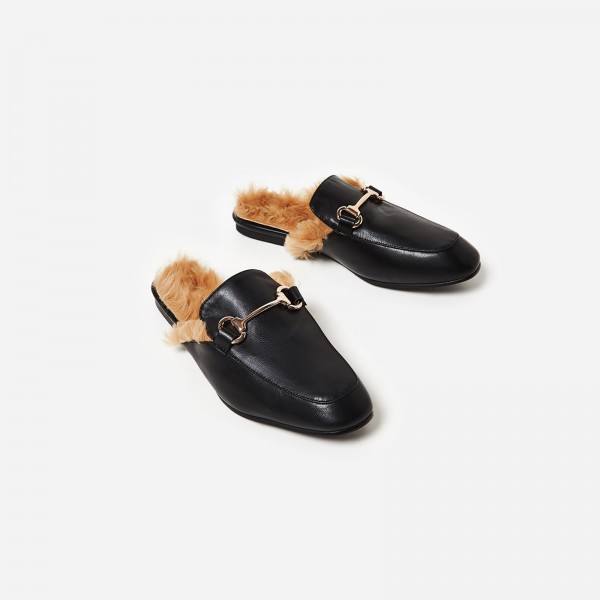