Her heavenly looks have made her a world-famous supermodel and landed her the coveted accolade of being named as a Victoria’s Secret Angel. And Alessandra Ambrosio, 36, looked stunning as she attended the Xti shoe launch with Australian songstress Kylie Minogue’s model ex Andres Velencoso at the Only You Boutique Hotel in Madrid on Friday. Going braless under her halterneck top, the brunette beauty showcased her pert bust and enviably slim physique. 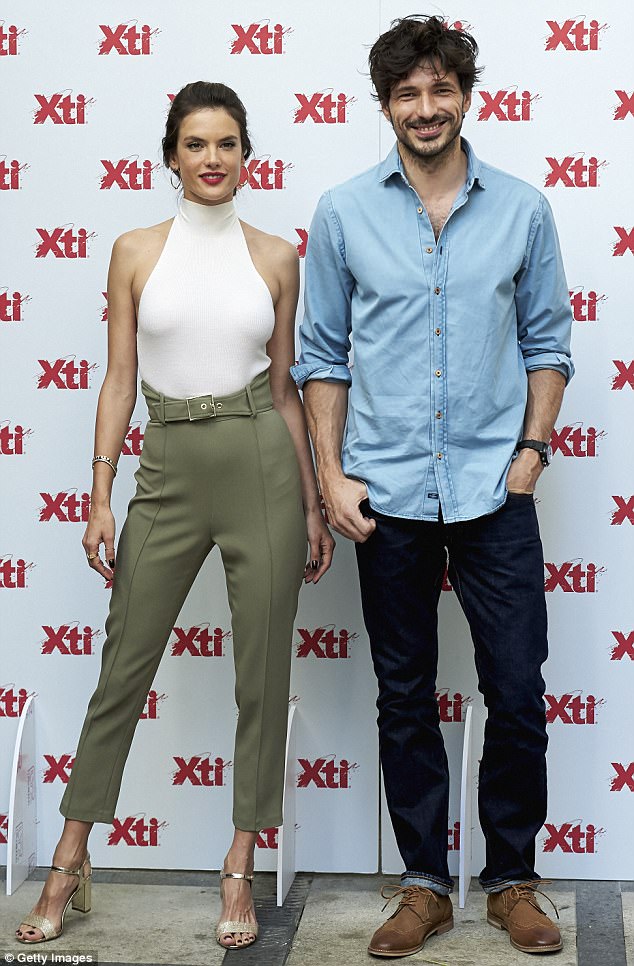 She teamed her top with a pair of silk khaki cigarette pants, which skimmed over her lean thighs and nipped her in at her tiny waist. 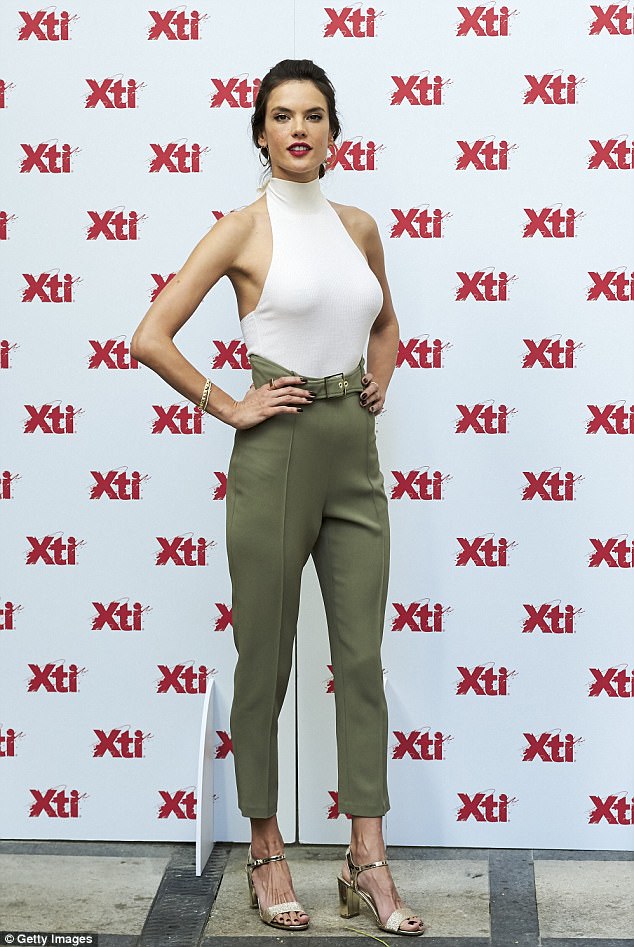 She added height to her already statuesque 5ft 9.5 frame with a pair of gold strappy sandals, which further elongated her slender pins.  Placing her hands on her hips, the Brazilian beauty looked fierce as she worked all her angles. 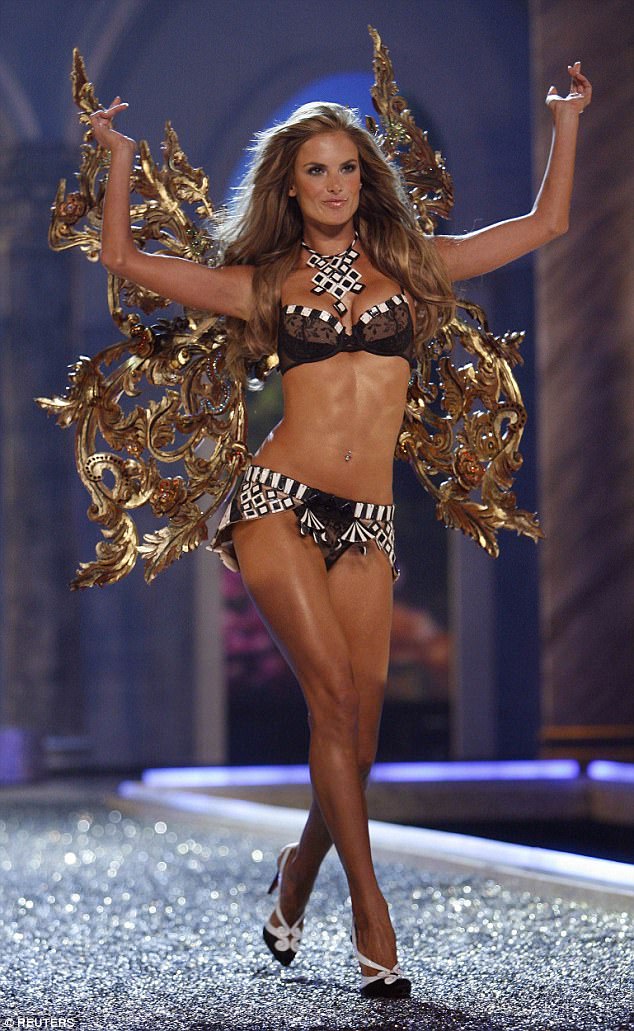 She sported natural make up with glittery gold eyeshadow, which emphasised her glowing complexion, and added a berry lip to her luscious pout. Alessandra teamed her chic look with a pair of gold hoop earrings, which skimmed her sharp jawline, and tied her hair back into an elegant updo.  The beauty posed with model Andres Velencoso, who famously dated Kylie Mingoue from July 2008 to October 2013. 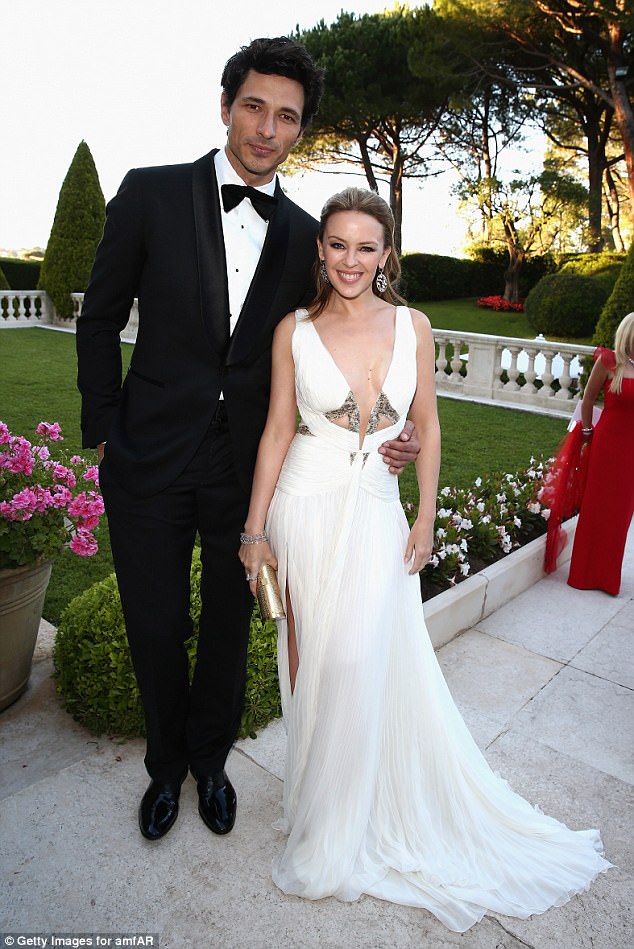 Ambrosio – who began modeling at the age of 12 in her native Brazil – made her way in the catwalk business when she was selected by Victoria’s Secret a decade ago. 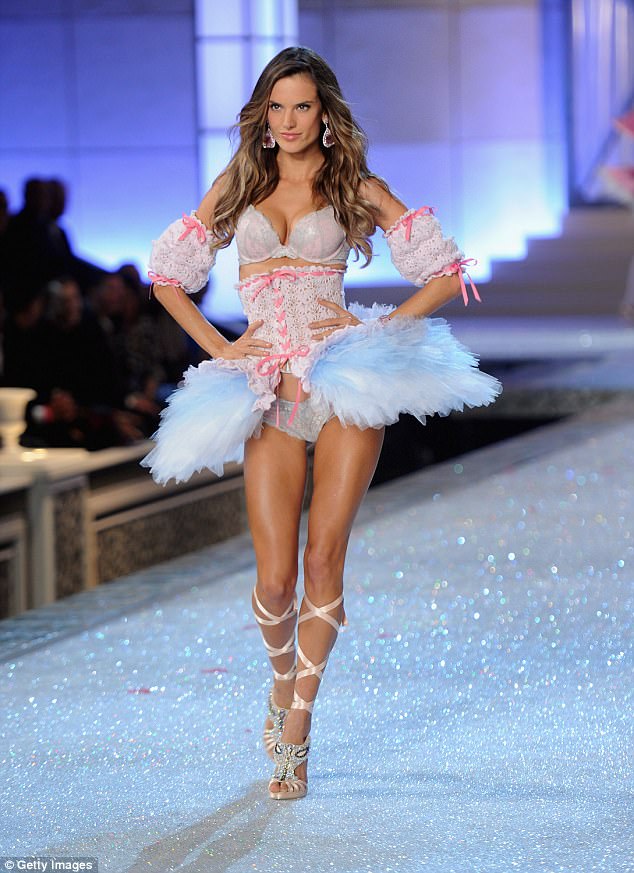 She was the first model chosen to represent their PINK line and went on to become an Angel. In 2005, she walked the Victoria’s Secret Fashion Show runway wearing lingerie made entirely out of candy. 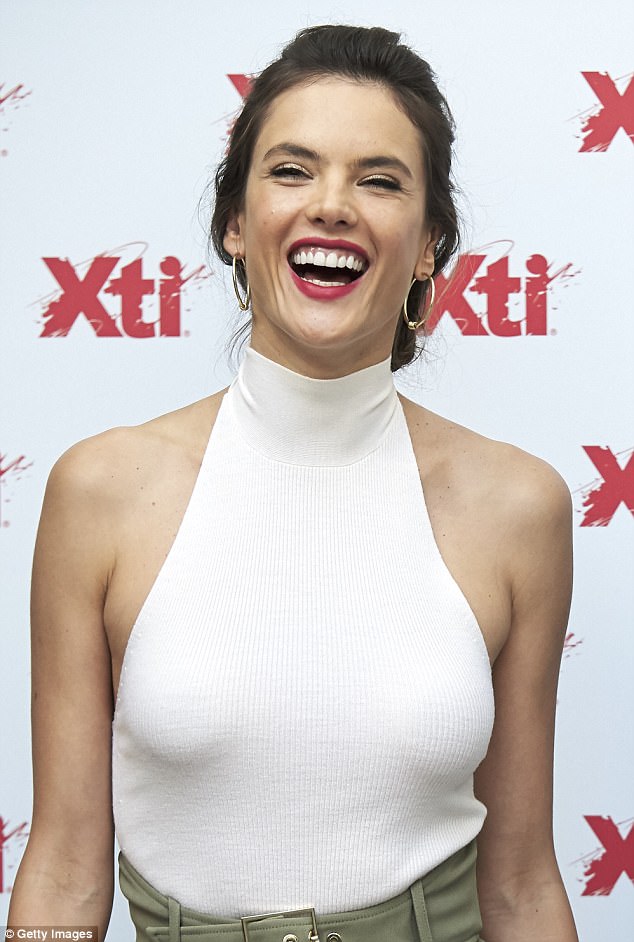 She won kudos for looking incredible when she walked the runway in 2008 after just having her first child, Anja, with partner Jamie Mazur. In 2009 she had the distinction of opening the VS show. 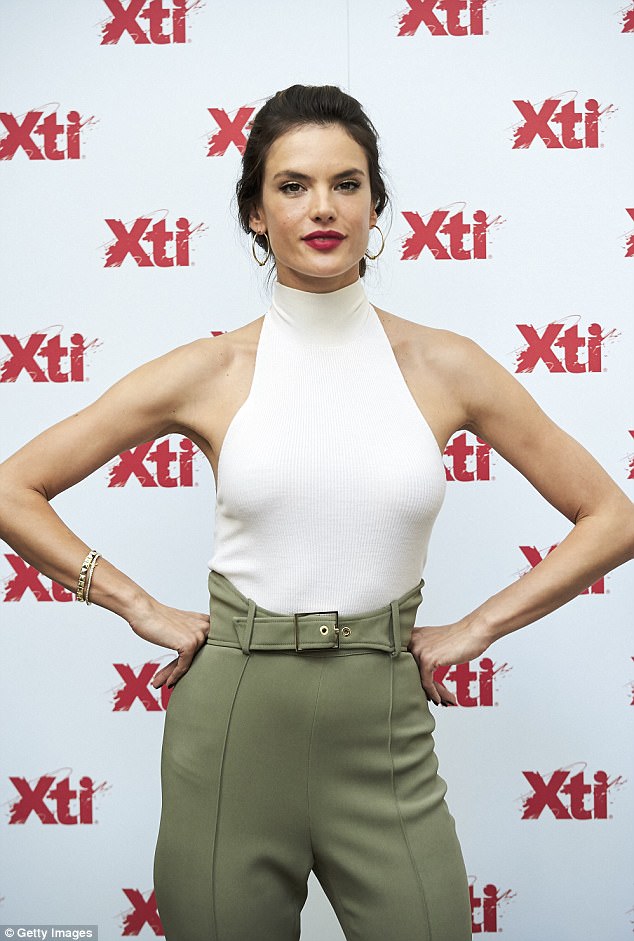 Two years after that, the star walked the VS show again – but this time she was pregnant with her second child, son Noah. In 2014, she wore the Dream Fantasy Bra, alongside her fellow angel Adriana Lima. Both of the bras cost $2.5 million each. 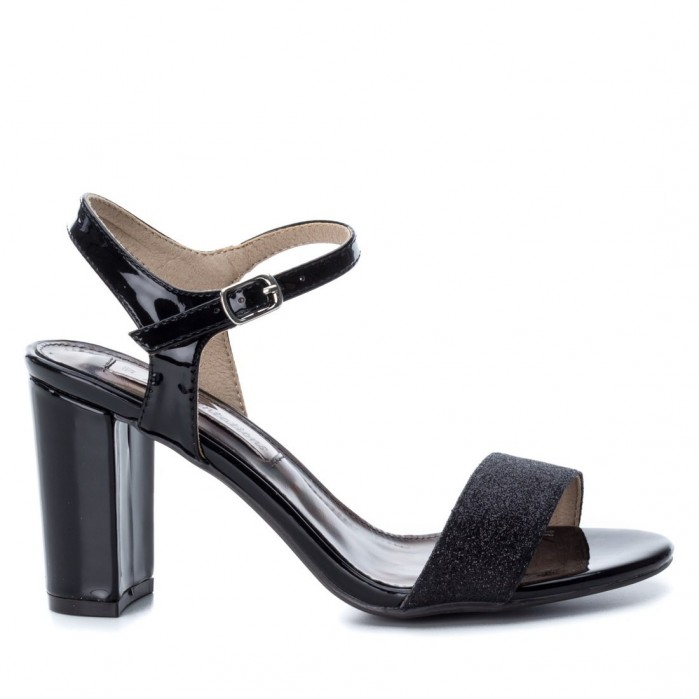 Wide heel sandal of 10 cm, comfortable and one of the tendencies of this season. With its glitter-decorated front and mirror effect, it is available in silver, gold, nude and classic black. Its non-slip rubber outsole allows greater stability. 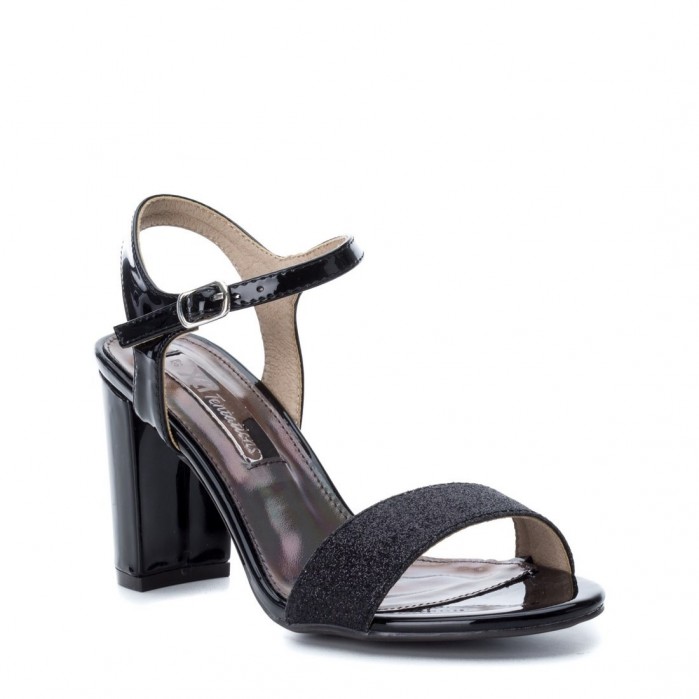 With their glitter detail and block heel, these shoes are the perfect footwear choice for lazy summer days. Comfortable enough to trot around town but dressy enough to wear with a floaty mini, these golden heels strike the perfect balance. Make them yours now by clicking the link ‘Buy’. 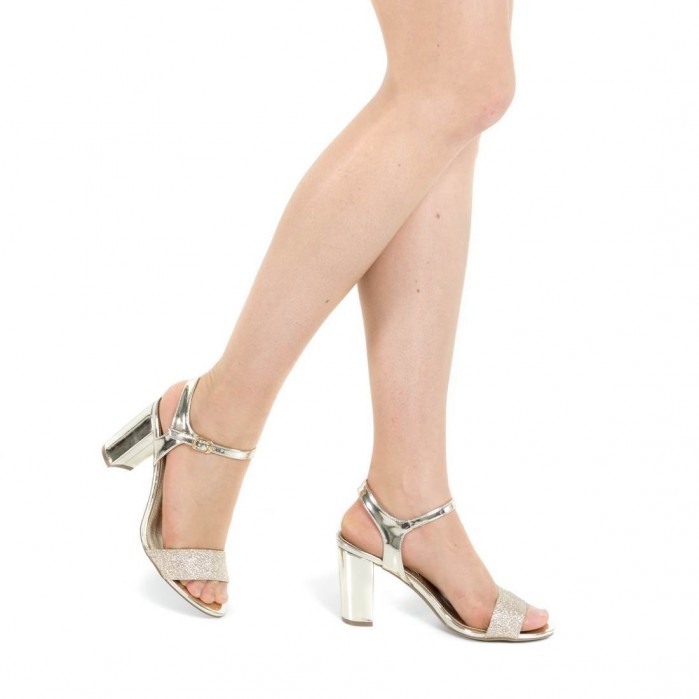 Alternatively, why not check out our carousel below for the best of the rest from high-street and high-end. Our favourite? 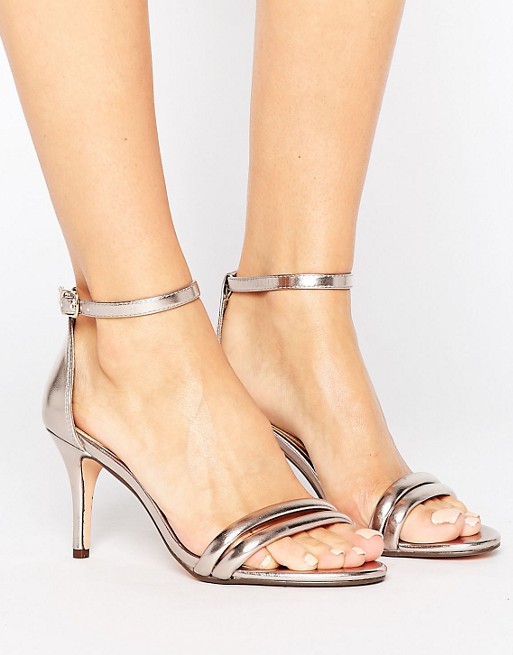