It’s the month for sending sweet Valentines. And LeAnn Rimes certainly looked besotted with her other half as she held hands with her husband Eddie CIbrian on Friday. The 34-year-old singer clutched hold of her spouse, as they strolled around New York. 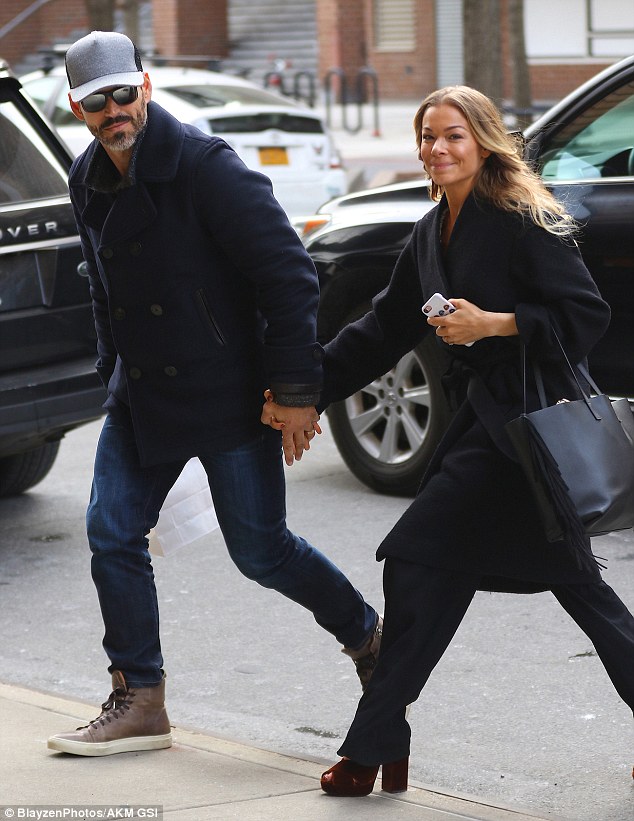 For the outing LeAnn had wrapped up in a black coat and matching baggy slacks, swinging a black leather purse. Earlier in the day, she’d been spotted in similar bottoms and a charcoal coat when she’d turned up to 30 Rockefeller Plaza. 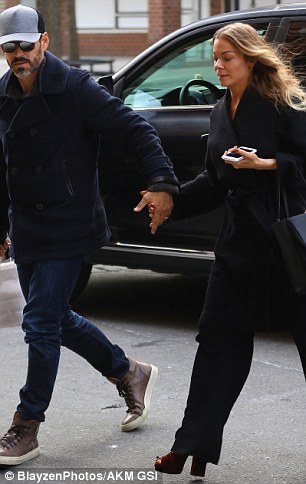 She’d dropped by the Manhattan landmark to film a segment in which she promoted Remnants, her sixteenth and latest studio album. 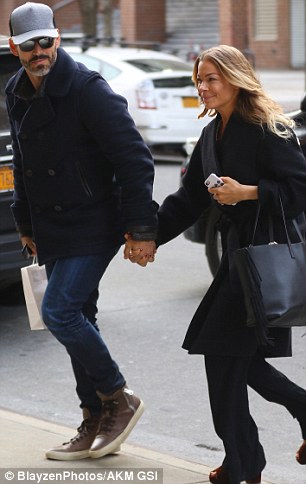 Released in Britain and continental Europe on October 28, the album’s only gone on sale in America this Friday. 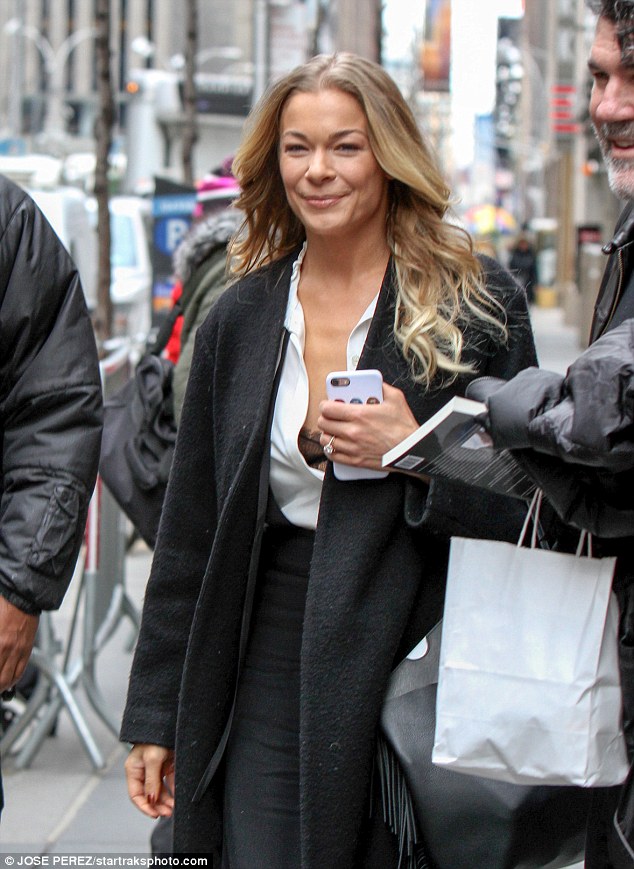 Accompanied by a four-person band – three of whom doubled as backup singers – she belted her way through Long Live Love, a single she released December 2. Though she’s released two singles before it in the UK, Long Live Love is the first single from the Remnants that’s dropped stateside. 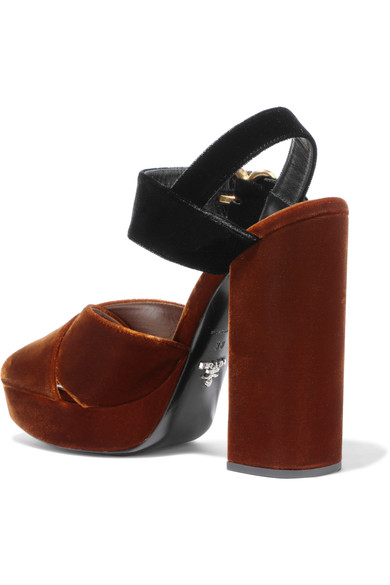 Prada’s two-tone platform sandals are from the label’s Pre-Fall ’16 collection. Hand-finished by artisans in Italy, this plush pair is constructed from a combination of soft black and brown velvet, infused with burnt orange undertones. Let yours elevate skirts and tailoring. 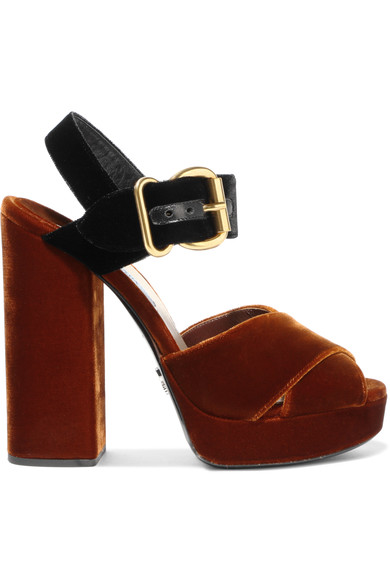 These plush-looking velvet platforms by Prada add a touch of luxe to this otherwise low-key look. We’re loving this season’s velvet footwear trend and have got a real soft spot for these sumptuous looking sandals. 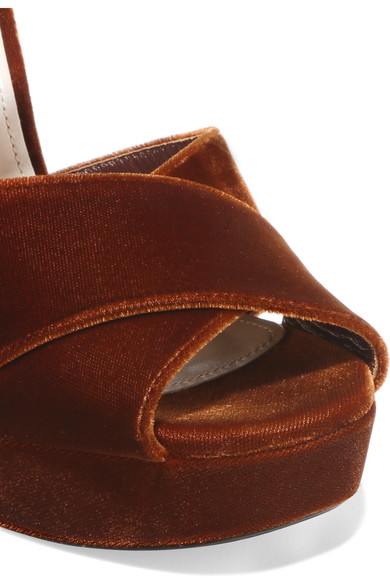 If you love the plush velvet just not the price-tag, then check out some more affordable designs below: 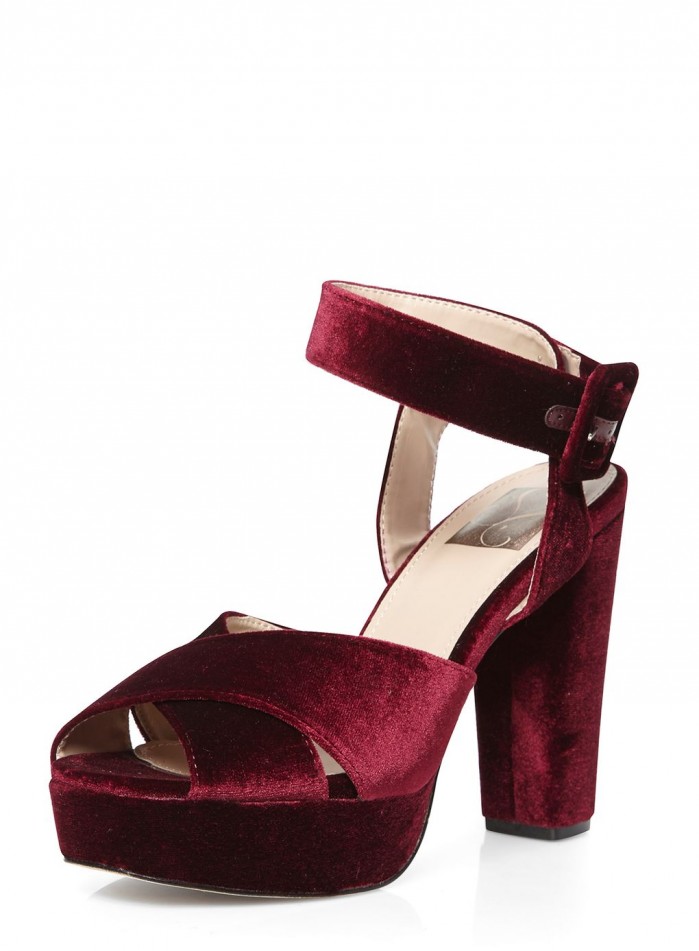 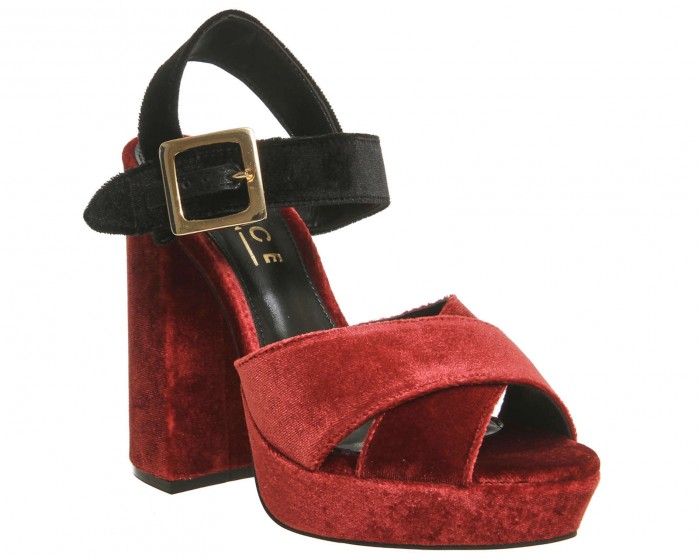