Step out in style like Paris in Superstar trainers by Adidas

Step out in style like Paris in Superstar trainers by Adidas

Giddy Paris Jackson looks loved-up with boyfriend Michael Snoddy as they enjoy a romantic stroll around Paris. They have been dating for eight months. The daughter of pop royalty Michael Jackson, 18, looked chic in a cropped T-shirt as she clung on to her boyfriend, 26, while walking around the Eiffel Tower. 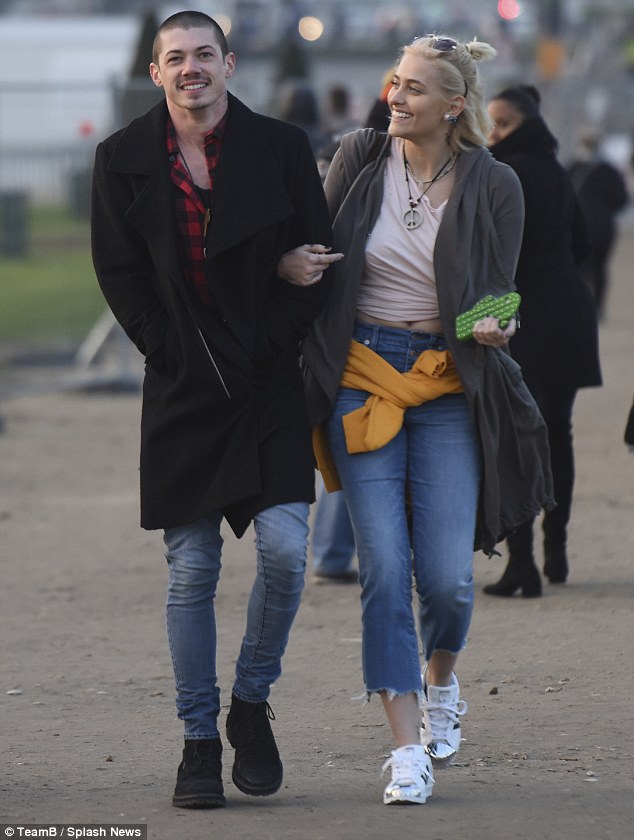 Looking cool yet casual, the blonde beauty added a pair of frayed hem jeans and metallic shell-toe trainers. Tying a mustard-yellow jumper around her waist, she wrapped up in a longline grey cardigan as she walked along chatting happily with Michael. Her peroxide blonde hair was scraped back in a tousled half up-half down ‘do, and she wore minimal make-up. 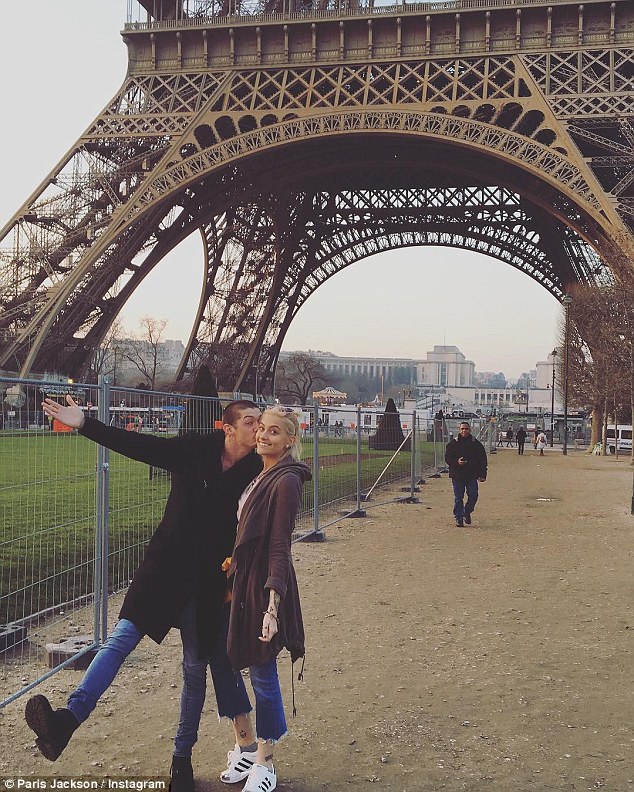 The couple jetted into Charles de Gaulles’s airport and enjoyed a spot of shopping at Givenchy’s store Avenue Montaigne, before taking selfies in front the Eiffel’s tower. The couple snapped several shots in front of the iconic Eiffel Tower

The star landed in the City Of Light on Tuesday, where she was accompanied by Michael, a performer with Street Drum Corps. And the star seemed to be suffering from jet lag, tweeting: ‘yoooo f*** this jetlag. if i didn’t have to work i’d sleep for 3 days straight.’ She seems to have been making the most of what Paris has to offer, posting a series of sightseeing snaps, from the Arc de Triomphe to the River Seine.  And while Paris might have been showing off for Chanel, modelling isn’t her only iron in the fire. 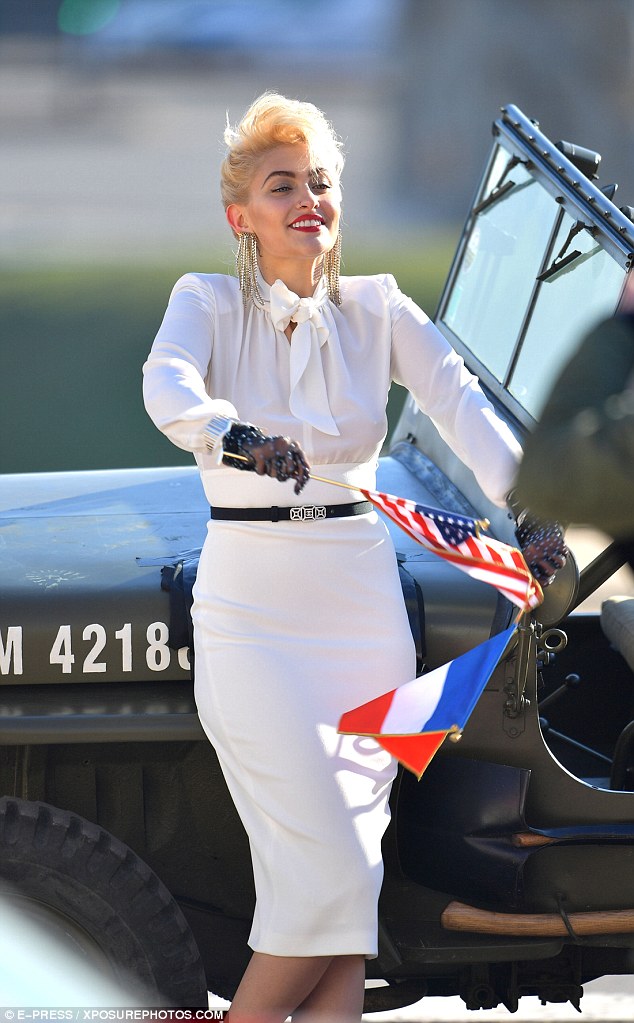 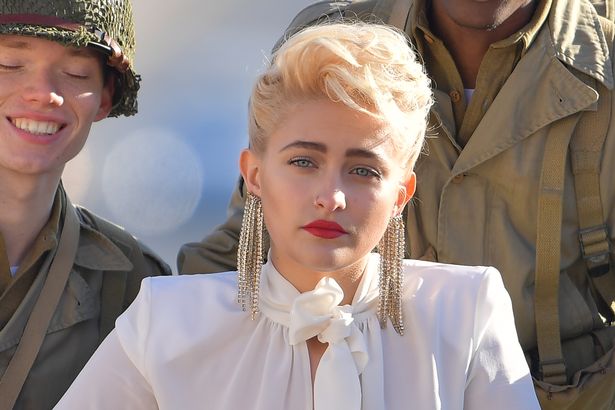 Paris looked sensational as she rocked a chic, sheer pussy bow blouse and white pencil skirt for the sleek shoot. Paris completed the sassy look with bold red lipstick and had her hair styled in a Madonna-inspired design. 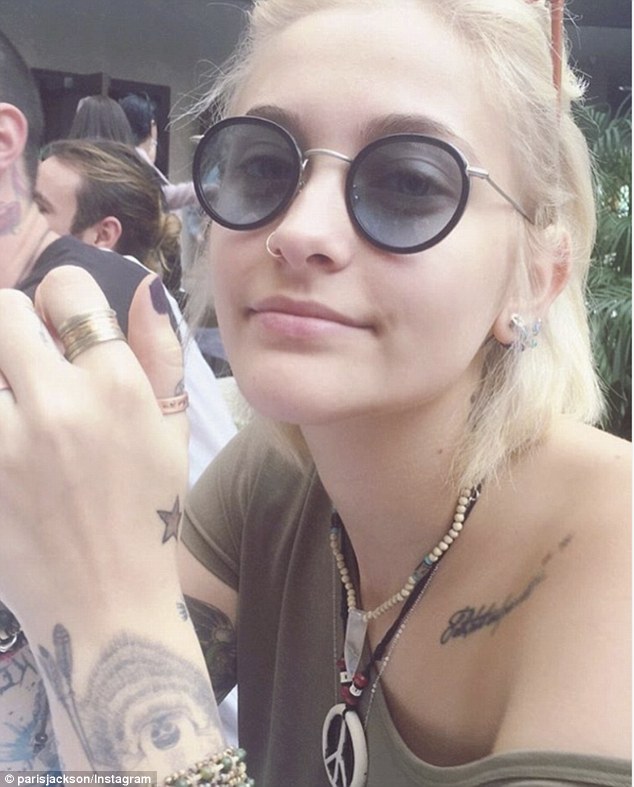 According to TMZ, the 18-year-old has met with director Lee Daniels to discuss an acting role in his new TV series Star. The director posted a snapshot of himself and the teen on his Instagram account six days ago alongside the caption: ‘#whenpariscomestoyou …talking talking talking.’ The website reports that Paris is ‘seriously considering’ his offer. 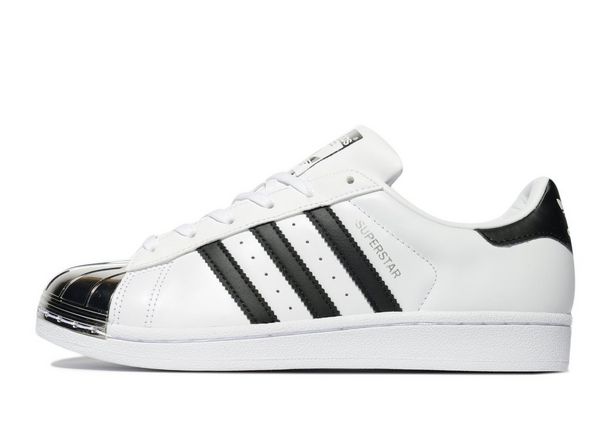 Stand out when you step out with these women’s Superstar Metallic Trainers from adidas Originals. 50 years on and still going strong, this version of the legendary sneaker comes in a simple yet stylish white colourway and features the classic shell toe but with a Metallic twist for that on-point, stand out look. Built with a leather upper, these slick kicks are complete with the classic three stripes to the side walls and the Trefoil logo at the heel. 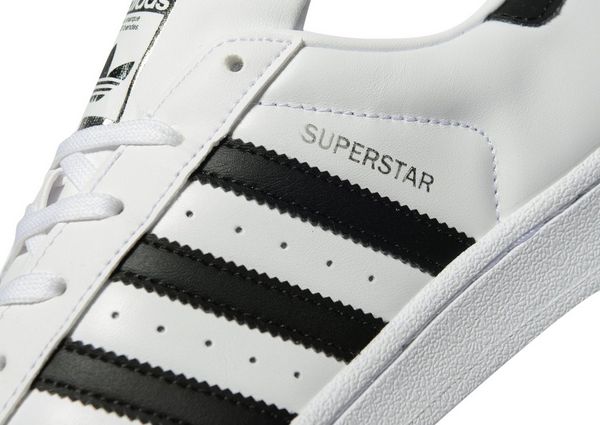 These Adidas trainers the classic ‘Superstar’ style but with a twist – check out the silver metal toe cap! Staying comfortable doesn’t have to mean compromising on style. They’re a très chic way to add sports luxe vibes to any outfit, whether it’s tailored trousers and a white shirt for the office, or even a dress for date night. 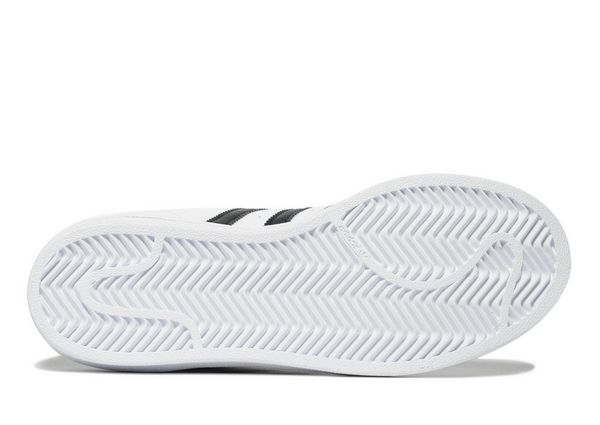 Or take a look at the metallic toe cap trainers we’ve picked out for you in the edit below: 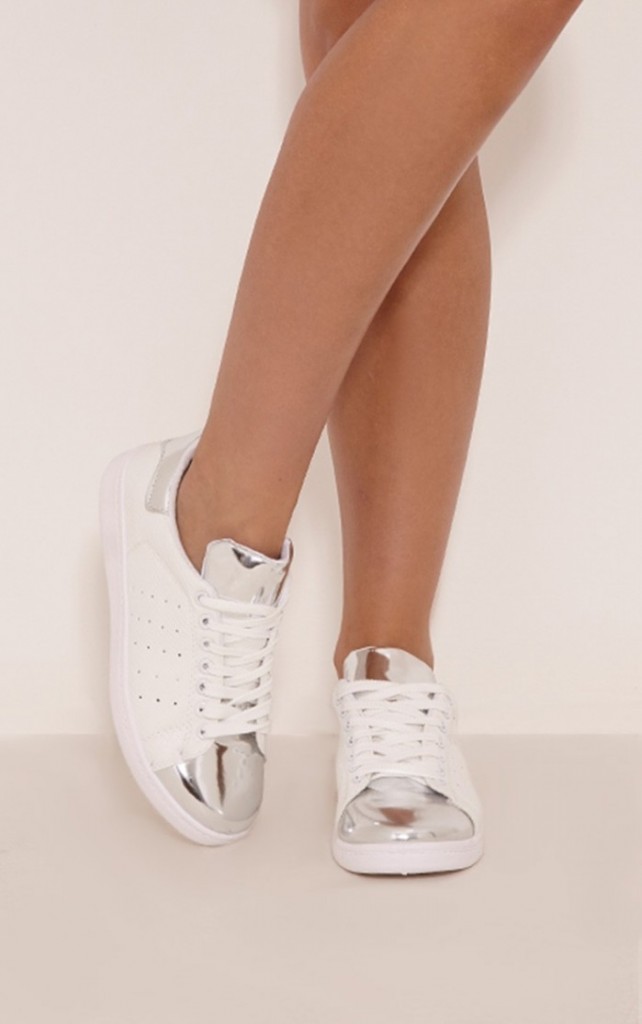 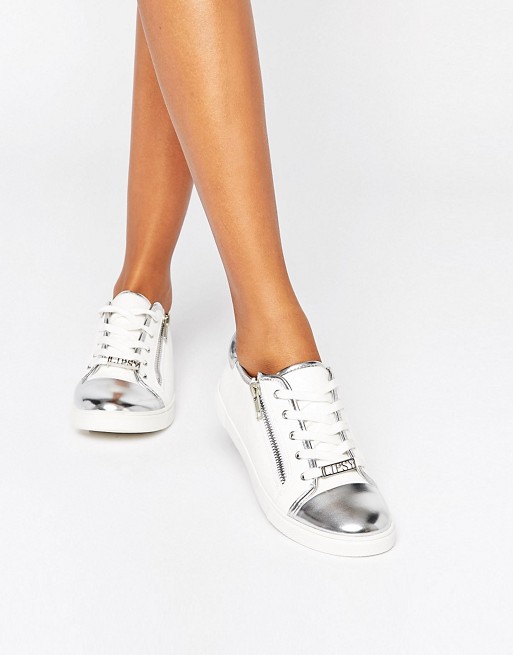