Step out in style like Bella in Stuart Weitzman

Step out in style like Bella in Stuart Weitzman

When the going gets tough, families come together. Gigi Hadid spent the day with sister Bella on Tuesday no doubt trying to keep her younger sibling’s mind off her ex. The two models were spotted heading out in the East Village in New York. It looked pretty chilly in New York City this week as the snow fell, but Bella Hadid had ensured she stayed toasty. While Bella, 20, kept her head down, Gigi dutifully followed behind as they dashed about the city. 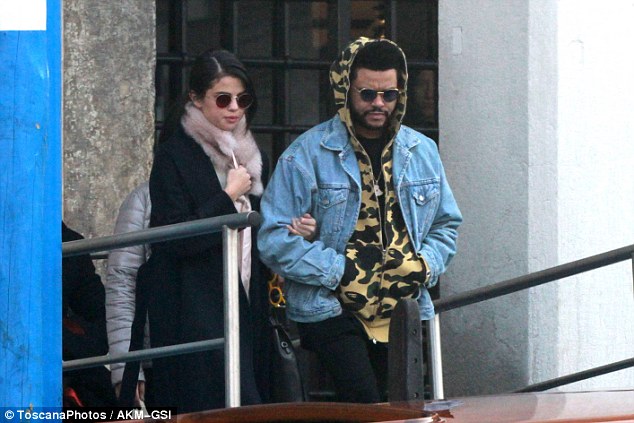 Bella is, of course, mending a broken heart after he ex, The Weeknd, not only moved on quickly but did so with Selena Gomez.

While Selena may have landed her former man, Bella can take comfort in the fact when it comes to style, she will always come out on. The model stepped out in a pair of tight black BlankNYC vegan leather pants with mid-calf velvet boots, a black hooded sweater and a statement making leopard print faux fur Majorelle coat which she must have borrowed from her sister’s closet. 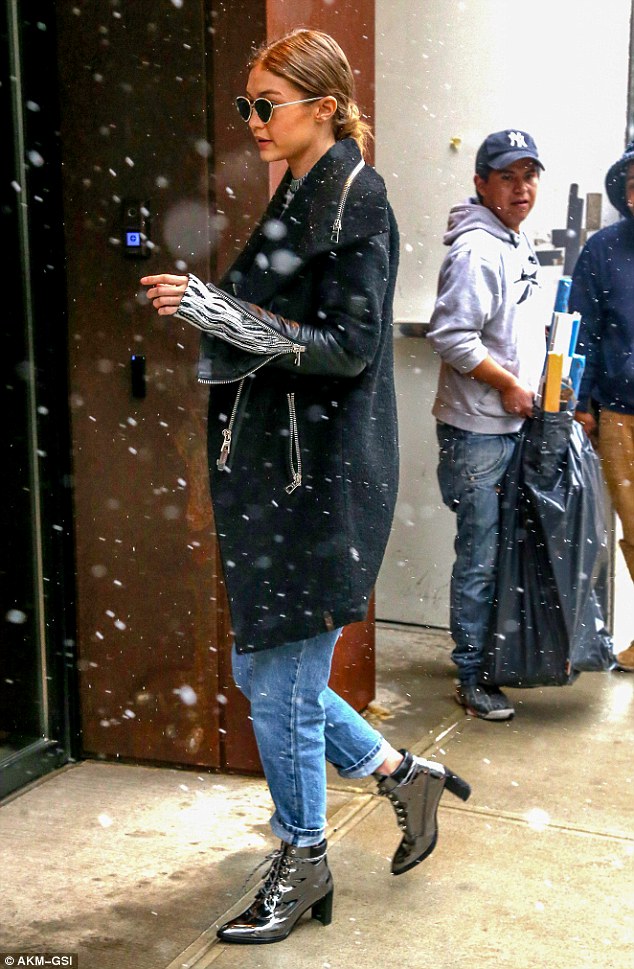 Her 21-year-old big sister meanwhile strutted out in a pair of straight cut jeans with a distressed metallic knit under a striking black coat. Gigi accessorized her look with a pair of her own silver boots from her collaboration with Stuart Weitzman, Le Specs LUXE sunglasses and a Versace tote. 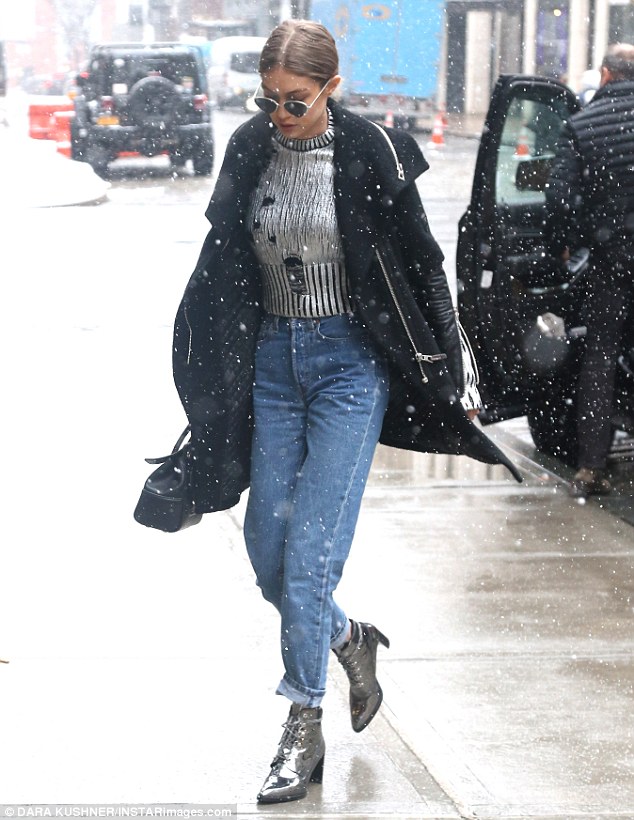 The pair spent the weekend together too, joining protests on Sunday against Donald Trump’s executive order restricting immigration which targeted predominately Muslim counties. The pair were joined by their mother Yolanda at the Battery Park protest. The girls’ father Mohamed Hadid – who is an acquaintance of Trump – is Muslim and Gigi’s boyfriend Zayn Malik is also. 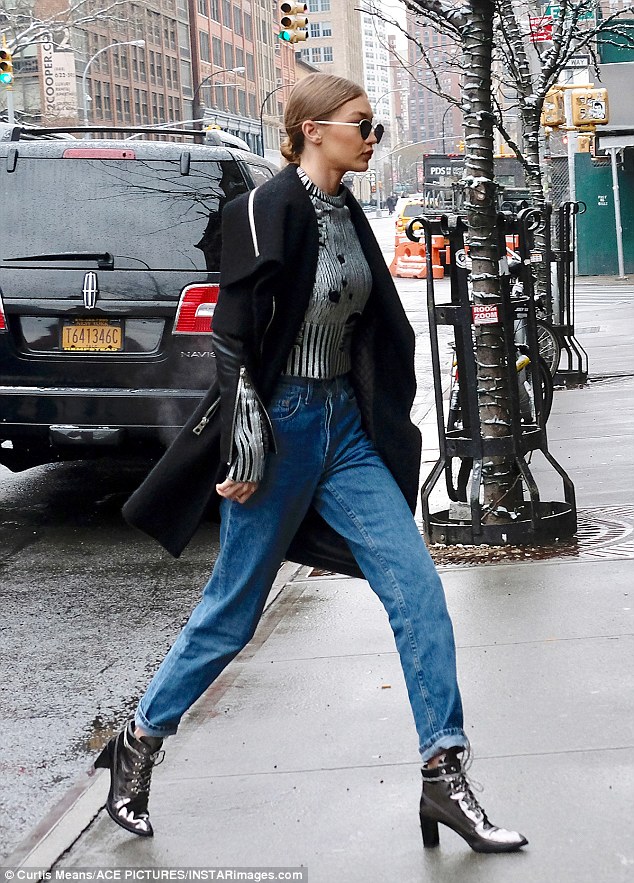 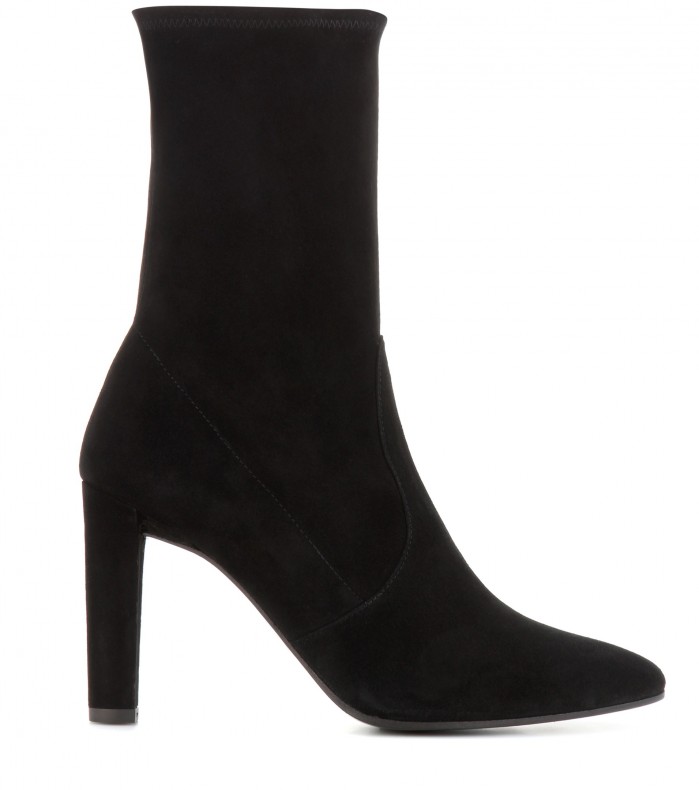 If you want to step out in style this winter, Bella’s suede booties are available at MyTheresa – click Buy to snap them up. 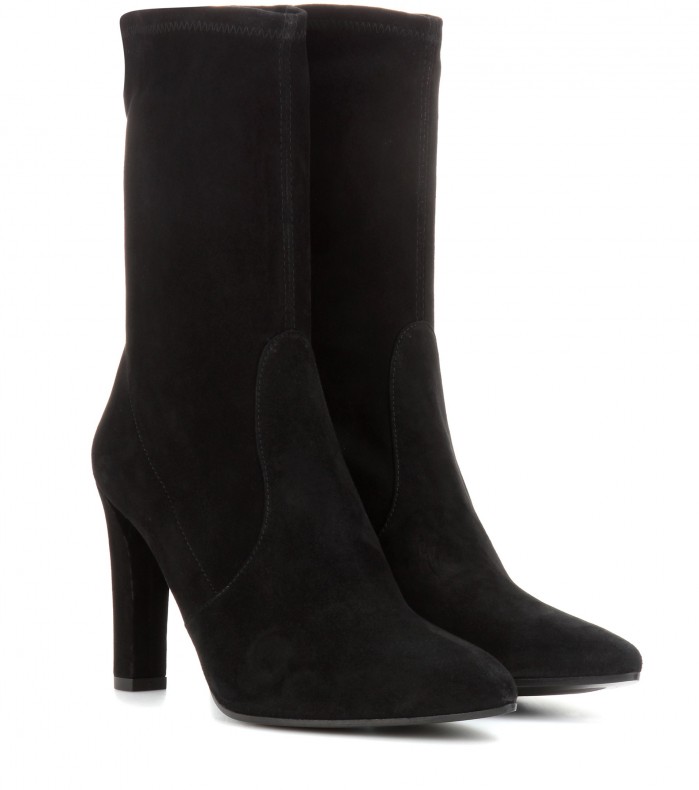 Crafted from supple suede, the Clinger boots from Stuart Weitzman create a sleek silhouette. The classic black hue will elongate the look of your legs alongside the pointed toe and high heel. Style yours with stockings and skirts. 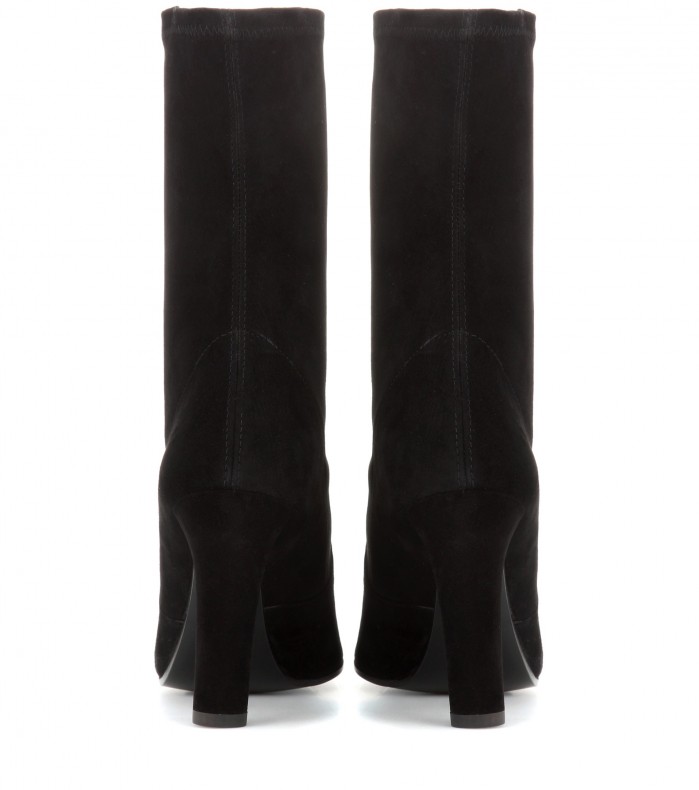 Of course Bella’s kicks are pretty pricey though, so if you’re hoping to get the sock style bootie for less, check out the cheaper alternatives below. 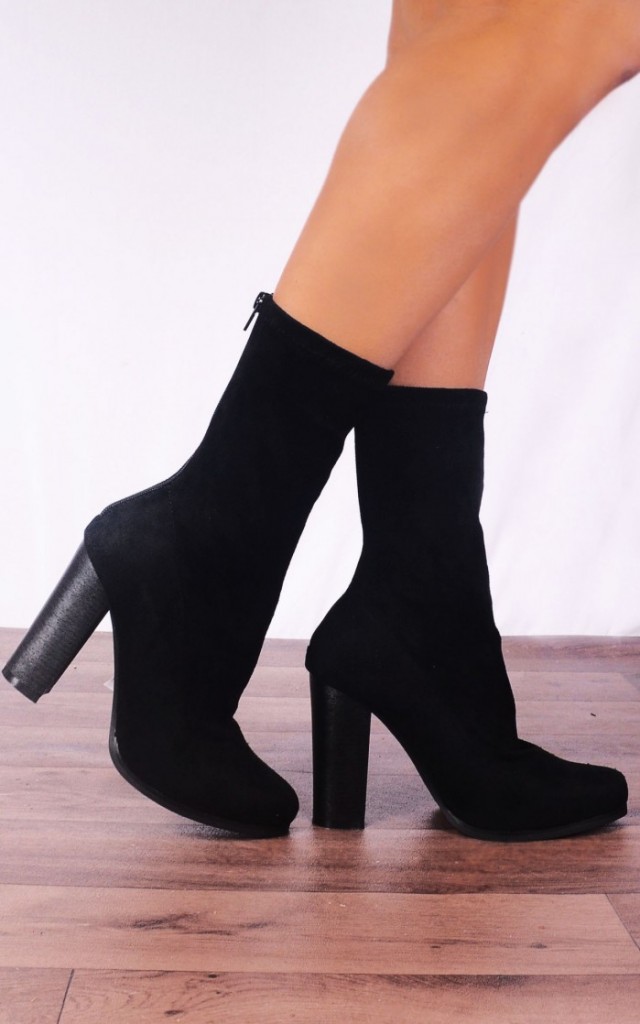 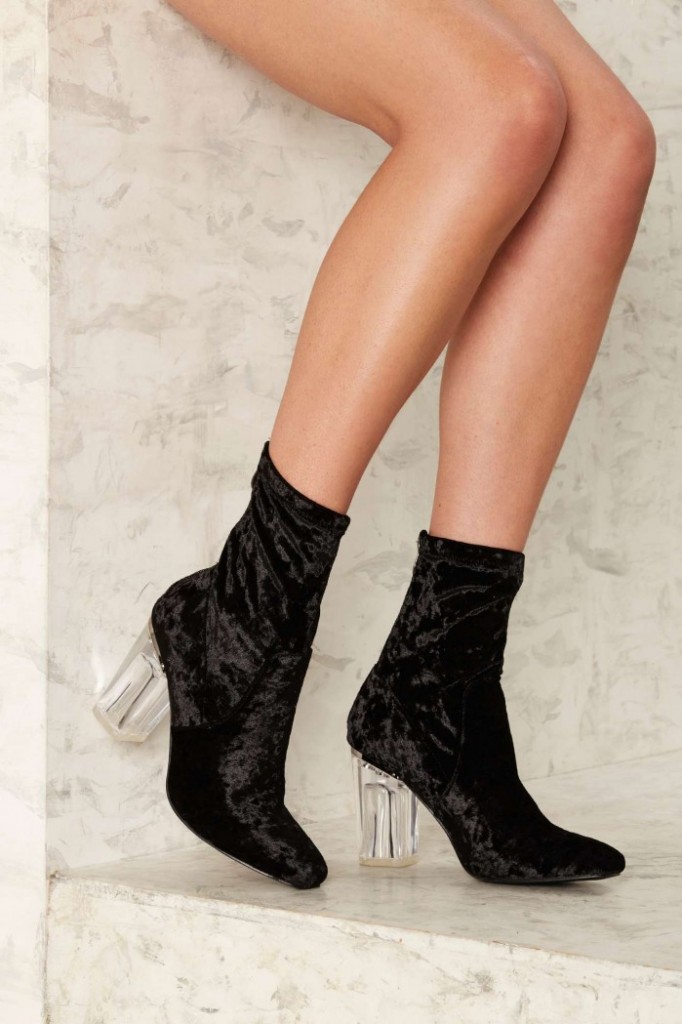