Step out in style like Rosie wearing Gianvito Rossi

Step out in style like Rosie wearing Gianvito Rossi

She’s expecting her first child with fiance Jason Statham and supermodel Rosie Huntington-Whiteley found the perfect way to dress her bump. The blonde beauty, 29, was pictured leaving her hotel in New York on Thursday, wearing a coat of many colours in the style of Joseph and his Amazing Technicolor Dreamcoat. She teamed the statement number with an all-black ensemble as she headed to a business meeting. 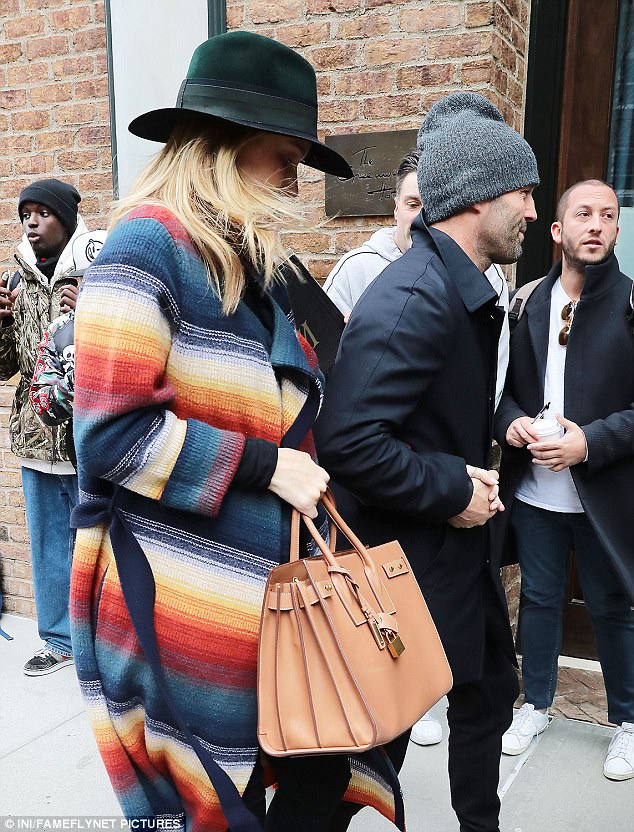 She wore a dark green and navy fedora and sky-high ankle boots as she flashed just a hint of her diamond engagement ring. Rosie announced she is expecting her first child in February, but is yet to disclose the sex.  To announce her happy news, Rosie put her sizeable bump on display in a skimpy two-piece bikini and told her 7.1million followers on the photo-sharing site: ‘Very happy to share that Jason and I are expecting!! Lots of love Rosie x.’The exciting news came after Rosie shared her thoughts on having a family with the Snatch star.

The Transformers star had only the best for his fiance, as he popped the question with a dazzling £243,000 ring. The couple subtly confirmed their engagement with their appearance at the Golden Globes, as Rosie stepped out sporting the diamond while arm-in-arm with her beau. 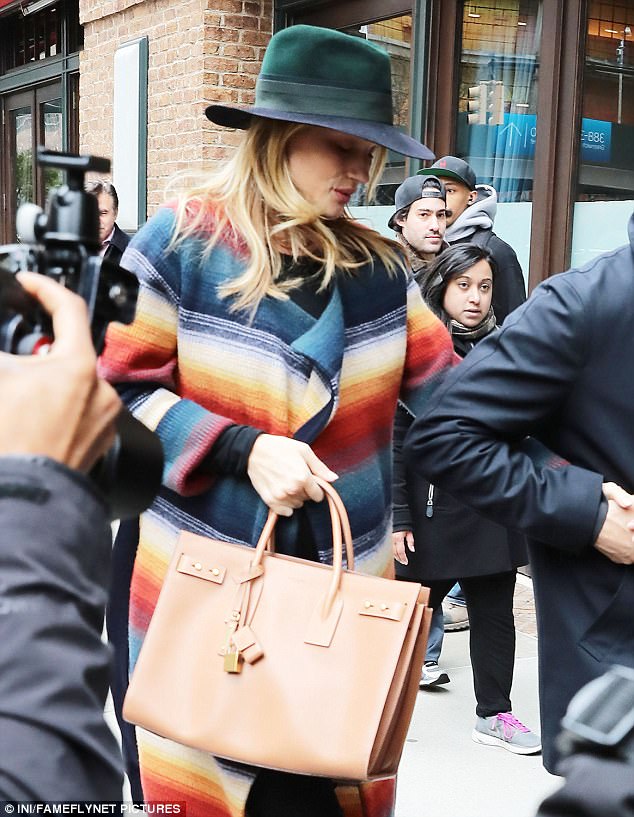 Rosie and Jason went hand-in-hand as they strolled along.  Speaking to The EDIT in 2015, Rosie confessed: ‘Having a family is something I think about for sure, and whether I’d live here in America or in England. But it’s not always as simple as that.’ She added: ‘I have no idea what will happen, but it’ll be interesting to find out, right? And nothing will be perfect, I’m sure.’  Rosie and Jason began dating in 2010, and became engaged six years later. 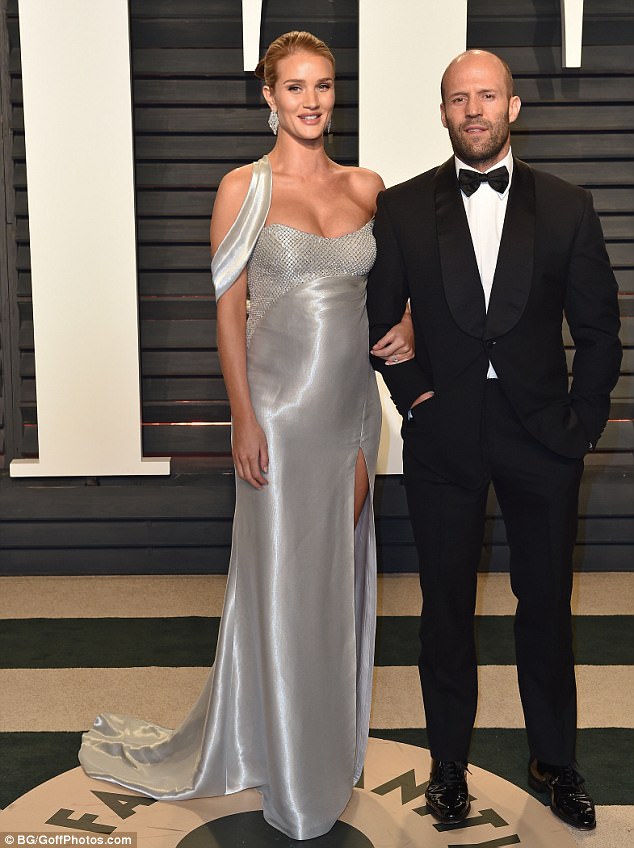 Rosie and Jason Statham began dating in 2010, and became engaged six years later. They announced in February that they are expecting their first child together 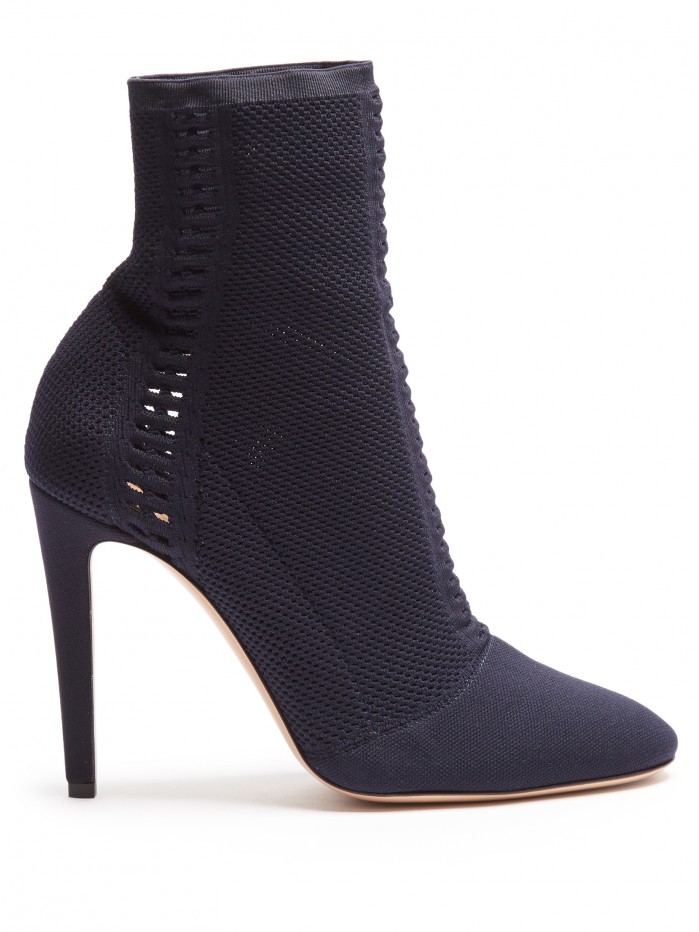 Sock boots have been ruling the roost since Dior, Balenciaga and Vetements made it the must-have shoe. Gianvito Rossi is the brand behind Rosie’s pair though. We love the stretch textured details and the navy hue that makes a nice but subtle change from black. 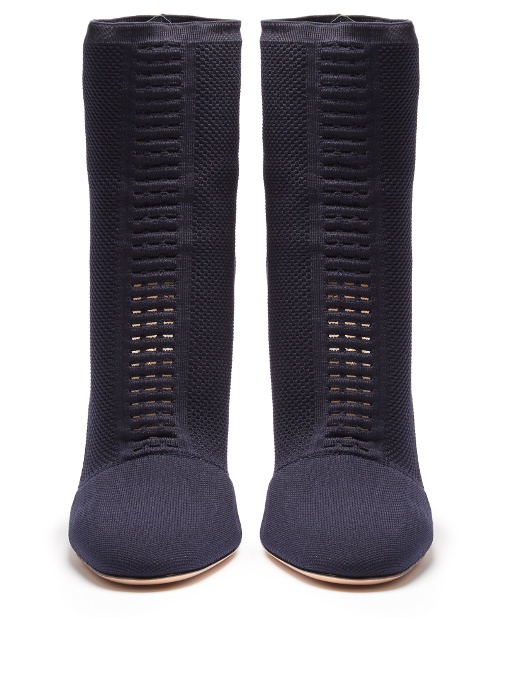 Gianvito Rossi’s navy stretch-knit Vires ankle boots are constructed in Italy from soft stretch-knit to comfortably hug the foot in a sock-like silhouette. They are finished with intricate jour-échelle sides, and set on a thin stiletto heel. Wear yours with tonal tailoring for a slick event look. 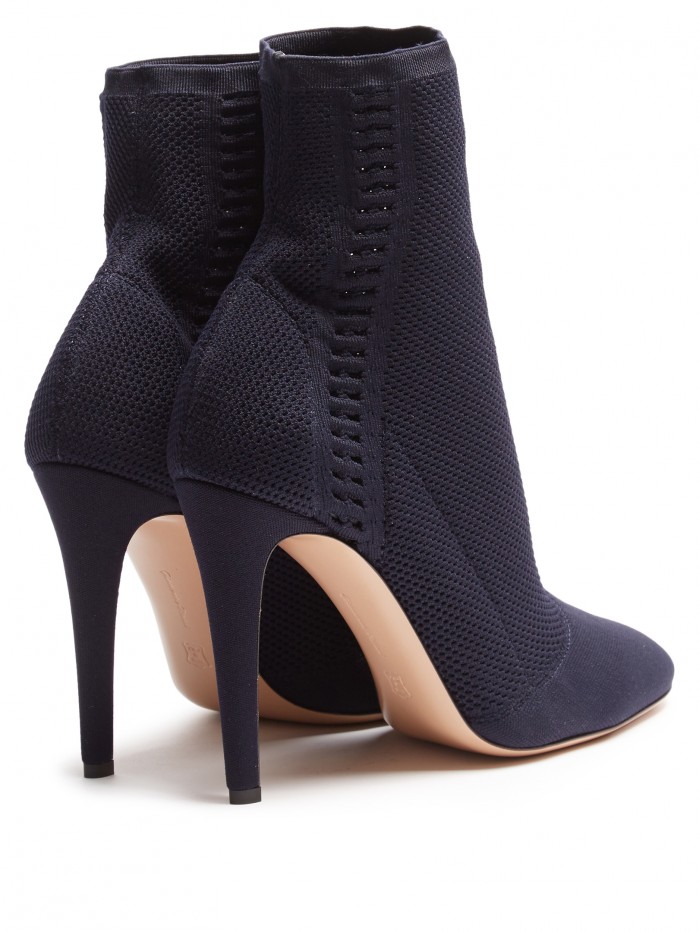 Keen to copy Rosie? Click right to snap her shoes up now at MATCHESFASHION.COM. They are pretty pricey though, so if you’re looking for a pair for less, head to the line up of alternatives below: 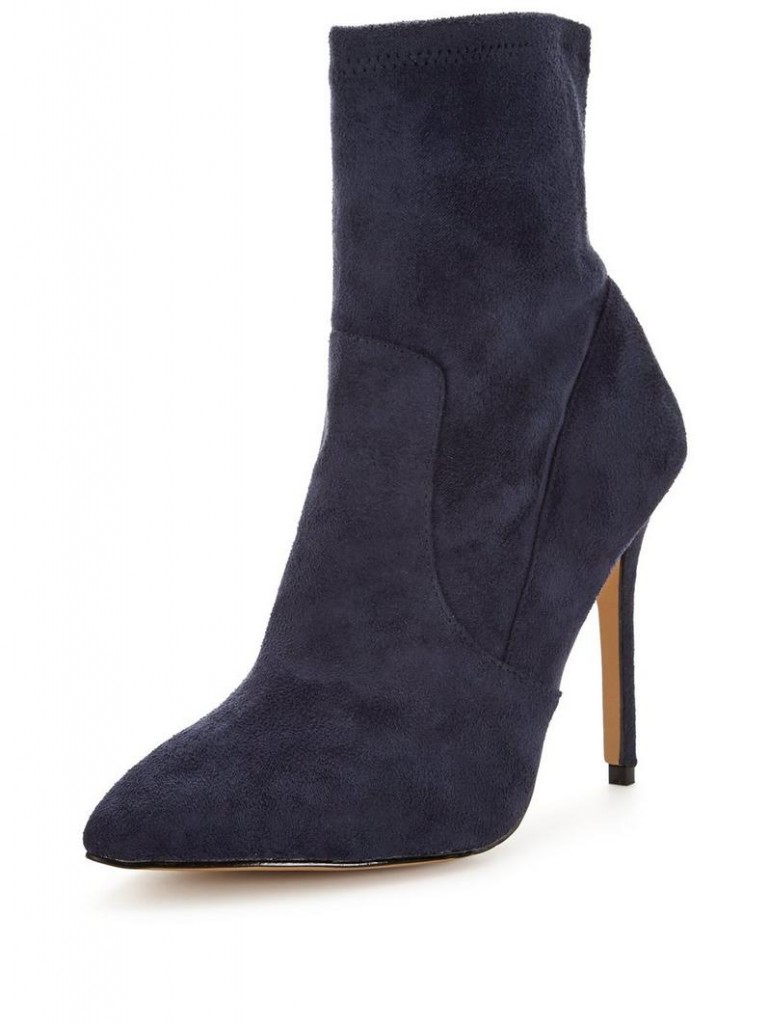 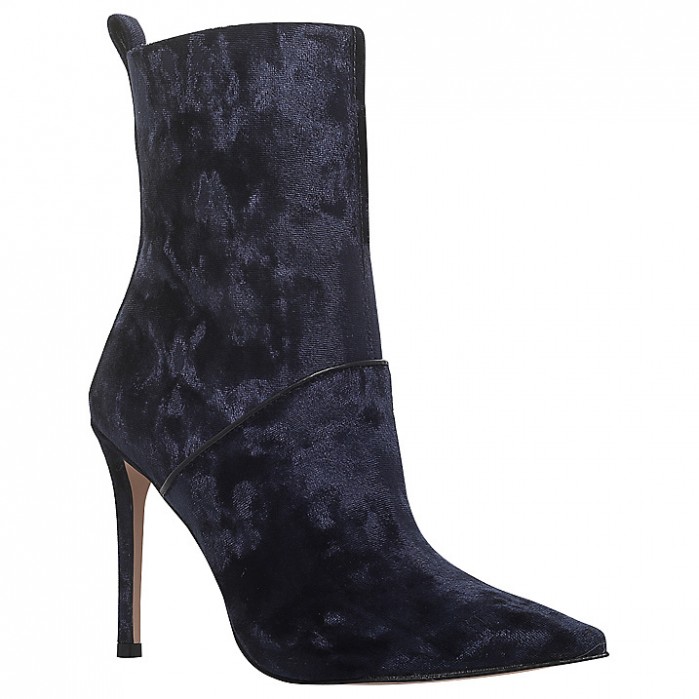