They have been going out for six years and got engaged to be married late last year. But Pixie Lott, 26, and fiancé Oliver Cheshire, 28, looked more loved-up than ever when they went out for a cosy date at the Lokhandwala restaurant in London on Friday. Walking hand-in-hand with her model beau, the Mama Do hitmaker flashed a Lott of leg in a mini trendy denim playsuit. 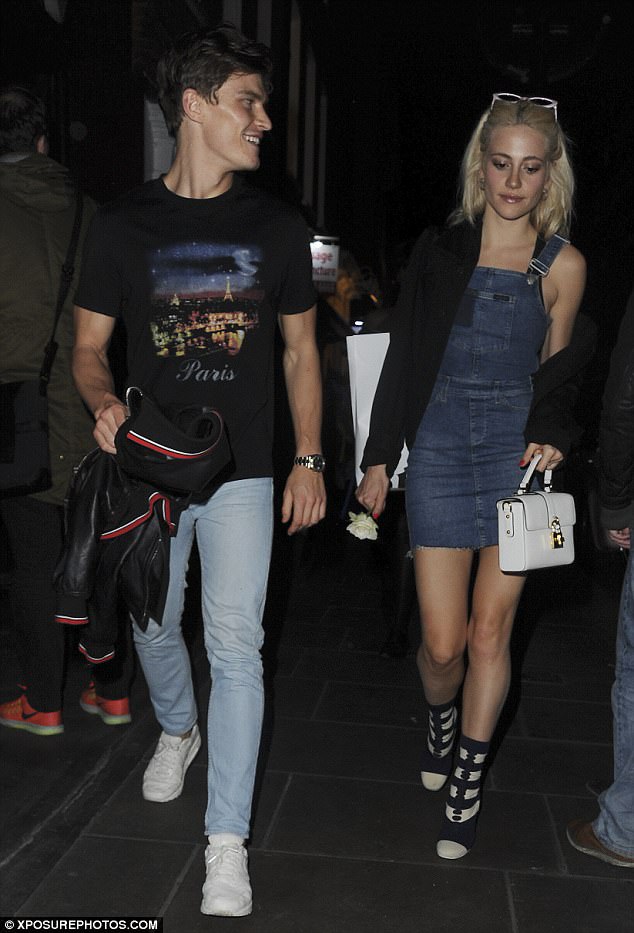 Pulling out all the stops on her chic attire, the 26-year-old wore sky-high heels which added to her height over her kooky striped socks. Proving killer accessories make an outfit, the songstress teamed her chic attire with a bright white handbag.  Wearing her golden tresses tucked behind her matching statement sunglasses, the singer showed off her more natural beauty. She complimented her glamorous look with light eye-makeup and lipgloss. 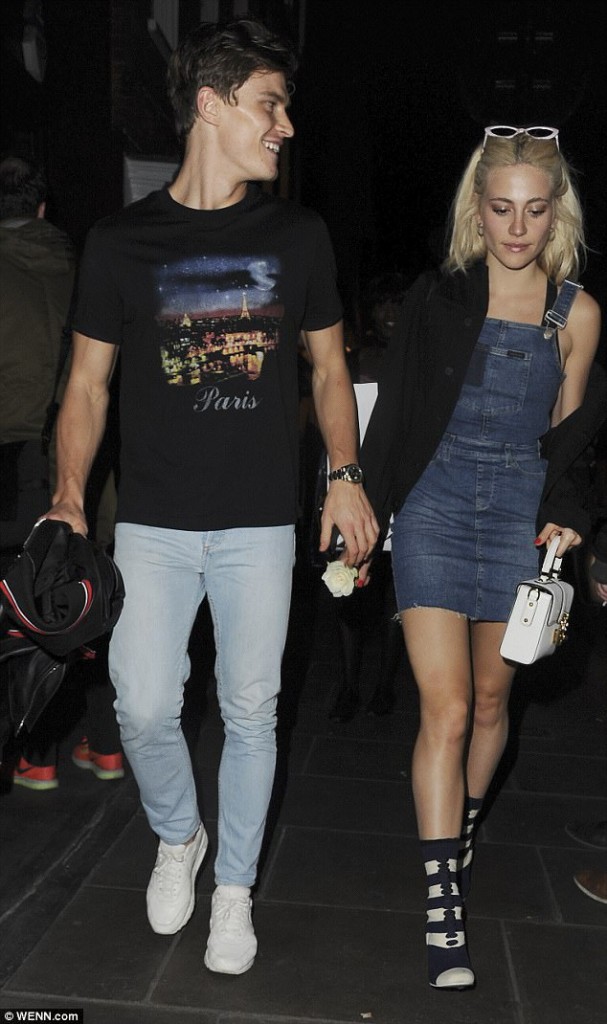 Oliver rocked a black T-shirt with a night scene of Paris showing the Eiffel Tower lit up and a pair of blue fitted jeans. He couldn’t stop smiling as he gazed on his girlfriend of six years adoringly on their date night. 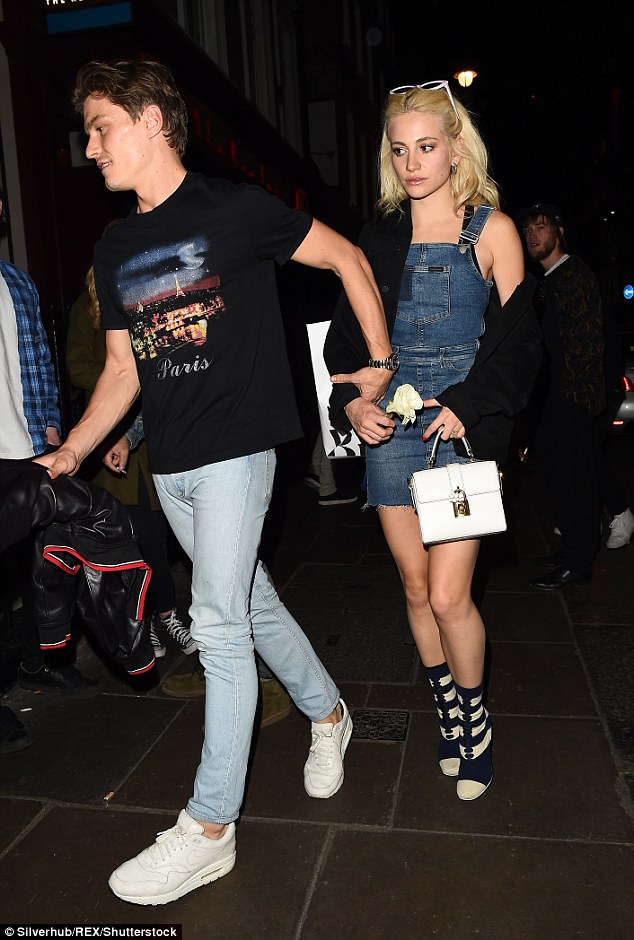 The lovers went on to the glamorous restaurant where they sipped the ‘Star of India’ and ‘Like a Bird’ cocktails before enjoying a selection of Indian Tapas. The 28-year-old got down on one knee in front of St Paul’s Cathedral in November last year. 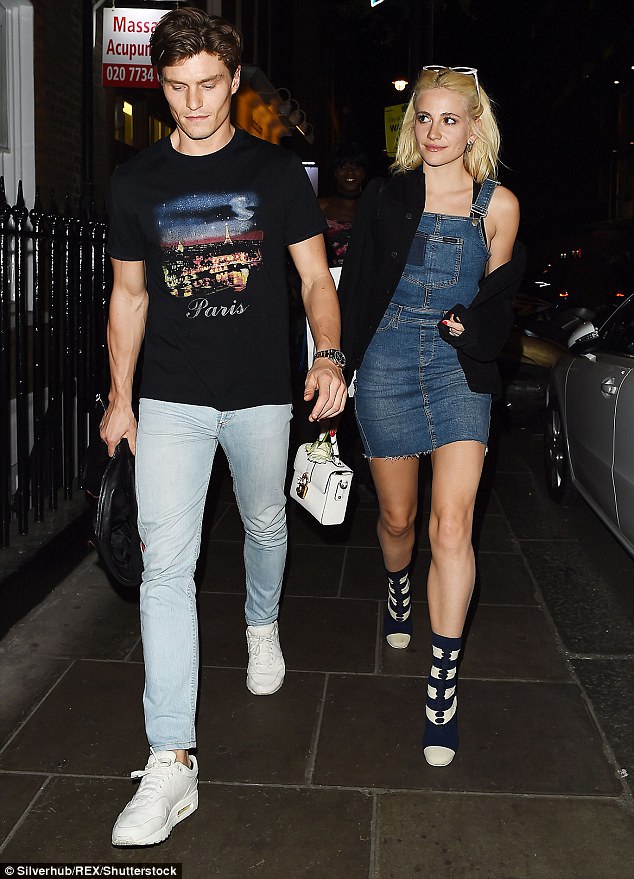 Pixie confessed she was left speechless by his romantic proposal.  Describing the special moment, she told MailOnline: ‘I just burst into tears

[when it happened]. ‘I was so tired and jet lagged as I’d just got back from LA and we’d been at a wedding party the night before. ‘I’d had no sleep, so I just burst into tears, for once I was speechless!’ 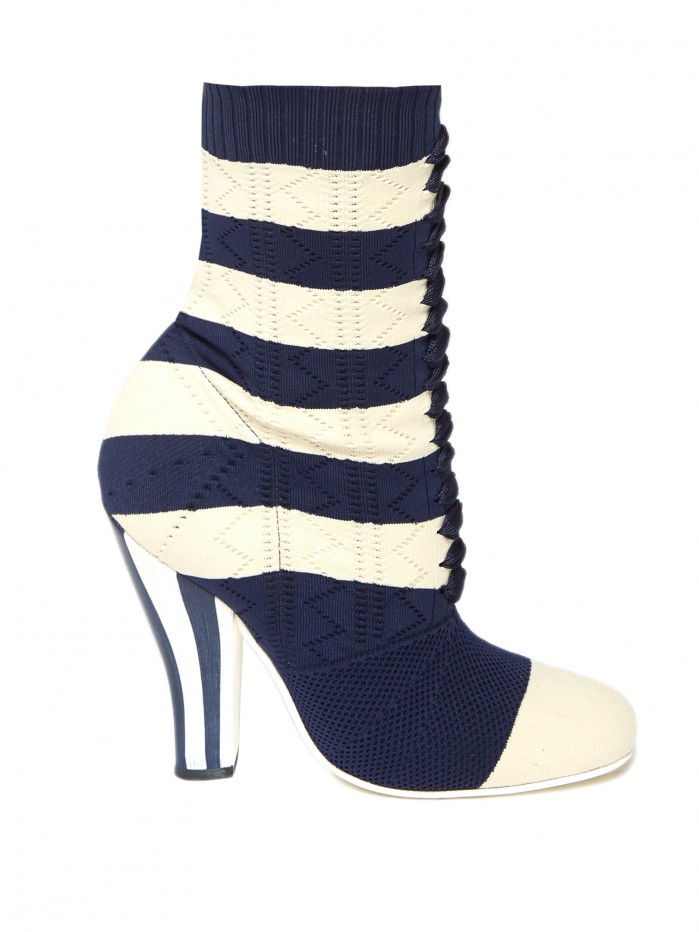 These navy and white striped stretch-knit sock boots were part of the opening look on Fendi’s SS17 runway. They’re flawlessly crafted with openwork patterns, and detailed with decorative lace-up stitching that runs all the way to the ribbed top panel. Keep the curved heel in focus with midi-length hems and cropped tailoring. 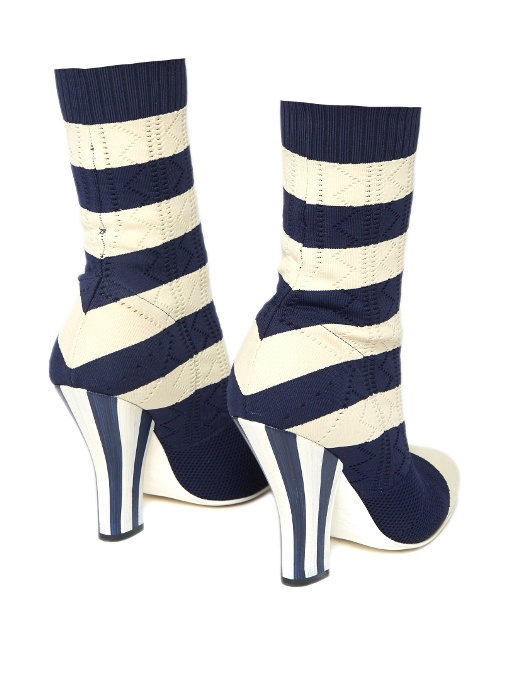 A striped, sock – inspired boot is one of this season’s most unlikely style stars but the kooky Fendi design has been a really big hit among the a-listers. The latest celeb to step out in the unusual ankle-highs is Pixie Lott, who wore them to finish off her cute denim dress ensemble. 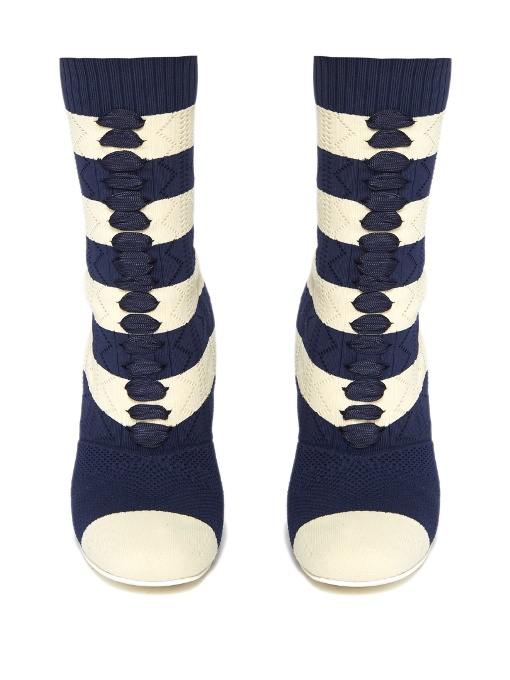 If you love the look as much as the celebrities do, then buy the very same lined pair at MATCHESFASHION.com (click Buy) or go for some similar striped style below: 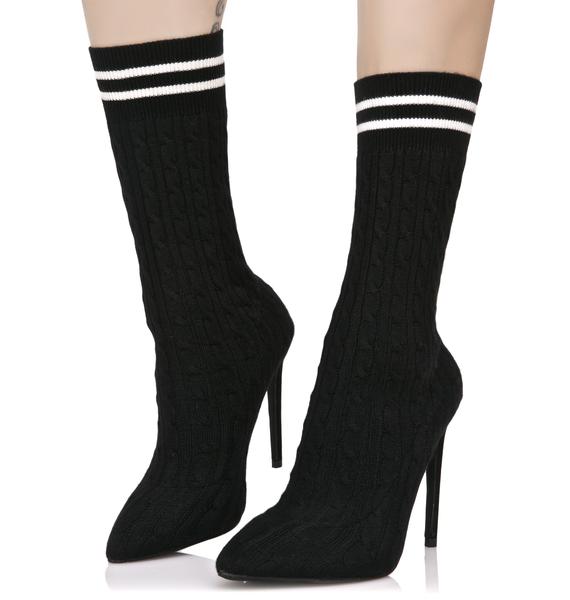 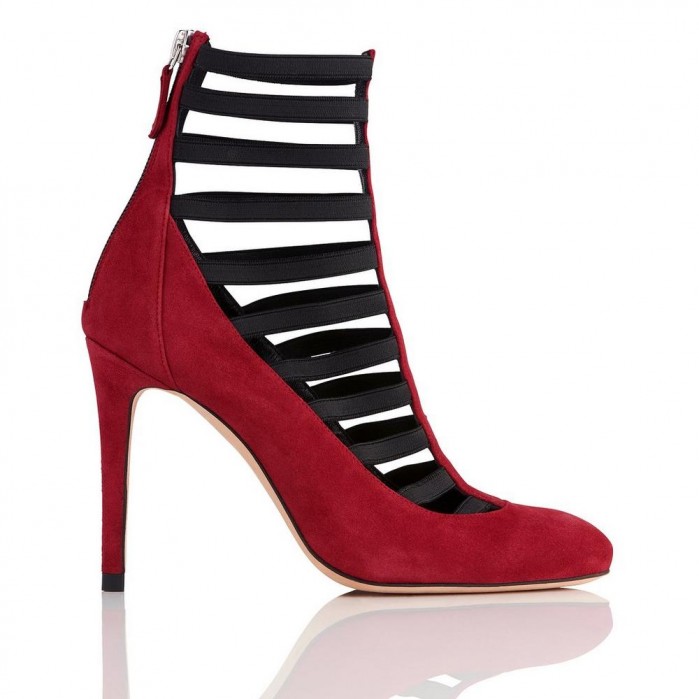