It appears Sophie Turner, a.k.a. Sansa Stark of Game of Thrones, is fast becoming a rising star. Not only did she score the role of Jean Grey in X-Men: Apocalypse, but she will also star in three different movies that are scheduled for release late this year and early next year (Alone, 2016 / Berlin, I Love You, 2016 / and Hunstville, 2017).

As of the moment, while the darling is on a short vacay, she is busy making a statement on the red carpet with her head-turning fashion choices. At the premiere of Hacksaw Ridge in Venice on Sunday, the stunning actress looked no less than ravishing in a black-and-white mermaid dress that was detailed with an extremely low neckline. The piece was also cut low on the sides and back, revealing a generous amount of the blond beauty’s side-boobs. Complementing the gorgeous getup were wavy tresses styled in a side-swept manner, and smoky-eye makeup to complete the sultry and sexy effect. Altogether, Sophie simply killed it at the event. 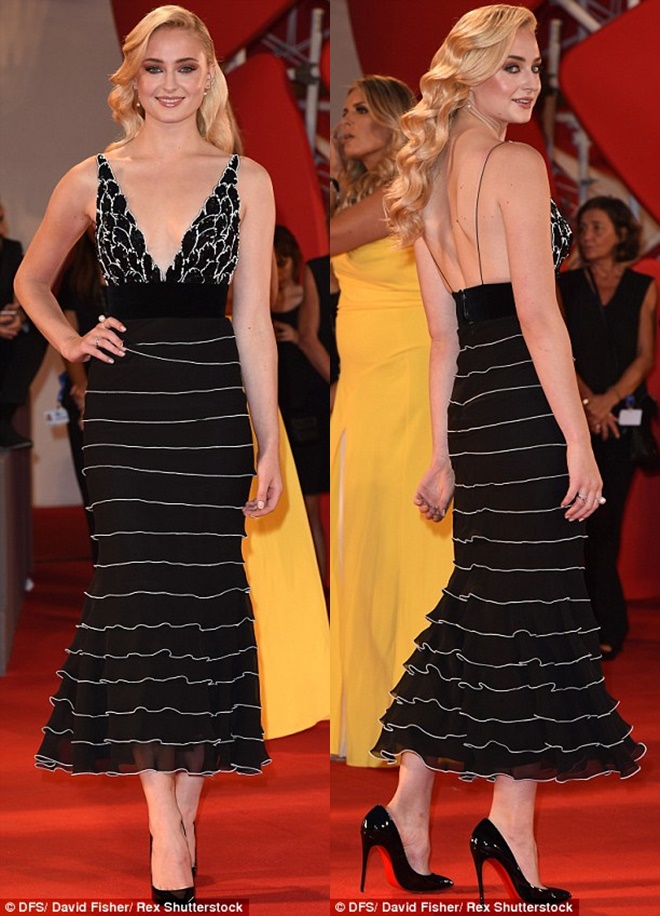 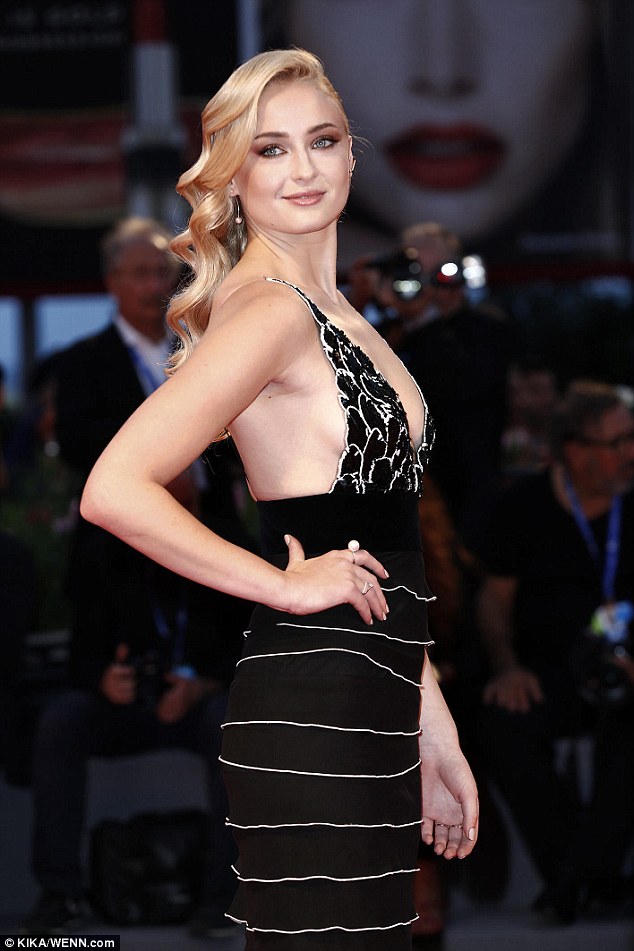 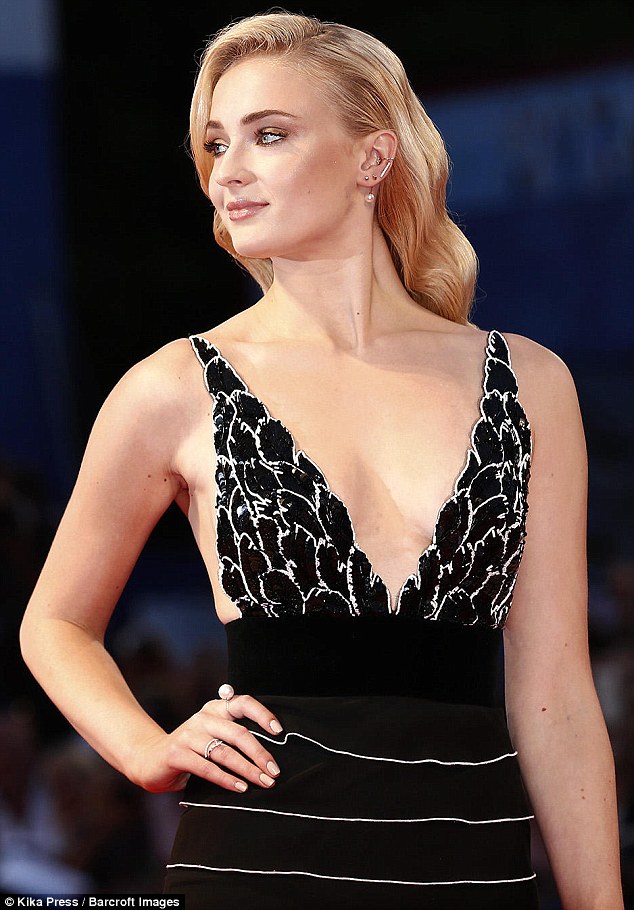 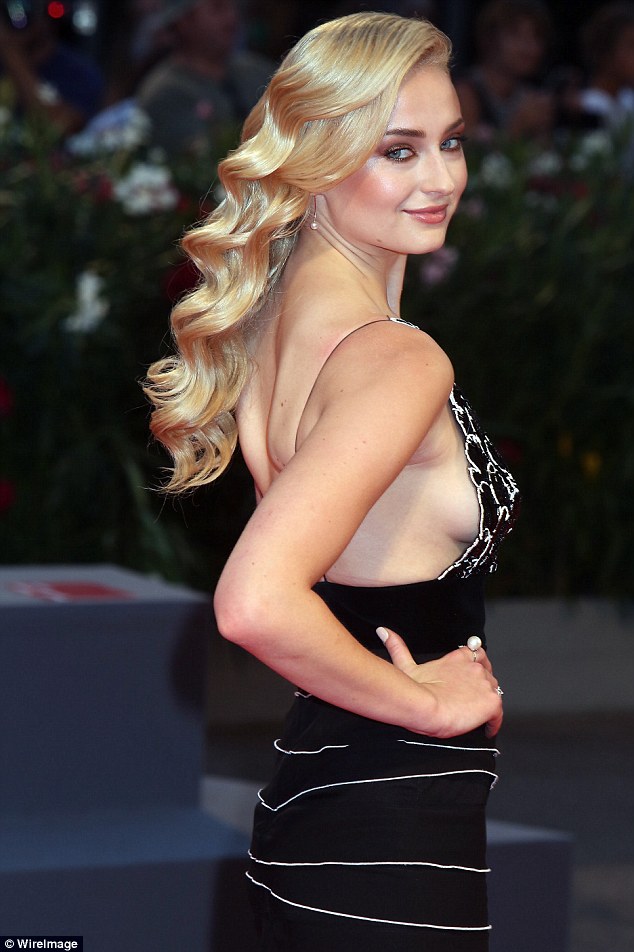 Sophie Turner turns heads in a cleavage-bearing black dress at the Hacksaw Ridge premiere in Venice on September 4, 2016

Doesn’t she look amazing? She has blossomed into a star. She’s young, beautiful, and talented. It’s easy to understand why she’s getting the roles.

And then of course, there’s the dress. It flatters her figure to the nth degree.  Almost everything in this particular outfit is on-point, from the hairstyle to the jewelry. I guess if I had to nitpick, I’d say the closed-toe pumps look too conservative. A pair of peep-toe heels would have been a better choice. What do you think?

Speaking of the pumps, they’re obviously by Louboutin judging from the red-bottom soles. Based on the silhouette, I can only assume they’re either the “Pigalle” or “So Kate”. However, with the extremely lowered vamps, I’m more inclined to think they’re the former.

Here’s the “Pigalle” in black suede. I actually prefer this variant over the patent version. Suede looks classier in general, hence my preference. You can grab these shoes over at Net-A-Porter. They retail at $675. Also, if you want to grab Sophie’s dress, that one is by Yanina Couture. It belong’s to the designer’s spring 2016 collection so you may be able to score it off the rack. 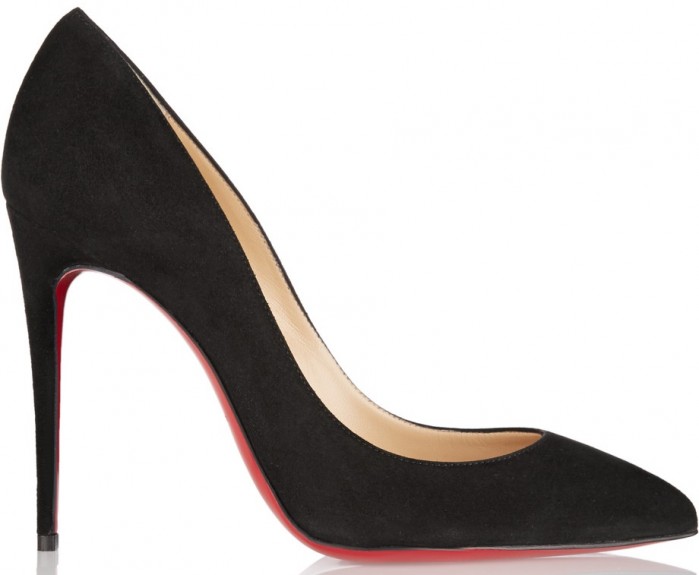 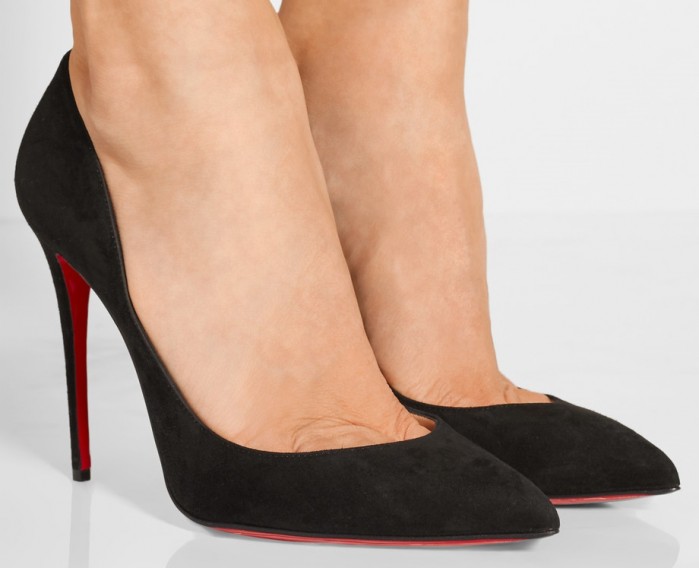