Thanks to a hook-up with Justin Bieber, Sofia Richie is now officially on everyone’s radar. Although you could say she’s not exactly new in the industry — she’s Nicole Richie’s half sibling and Lionel Richie’s daughter, so she moves around in the same circle. Of course, there’s no denying that dating Bieber catapulted her to fame.

Sofia is a model by profession and her off-duty style is, well, rather unique. It’s casual, grunge, sporty, a little tomboy, and kind of funky. Unlike Kendall Jenner and Gigi Hadid’s “athleisure” aesthetic, Richie’s sartorial sensibilities lack the sex appeal. However, it is very distinct.

Over the weekend, Sofia showcased her penchant for furry footwear — furry slides to be more specific. On Saturday, she rocked a double-denim outfit while out and about with her friends. It was a jacket-and-jeans combination, which she accessorized with a beanie, a mini crossbody, some statement frames, and a pair of flat maroon mules detailed with furry insoles. The shoe choice was unexpected, and I can’t say it suited the ensemble, but I guess she thought otherwise because she proudly shared a snapshot of the pair on social media. 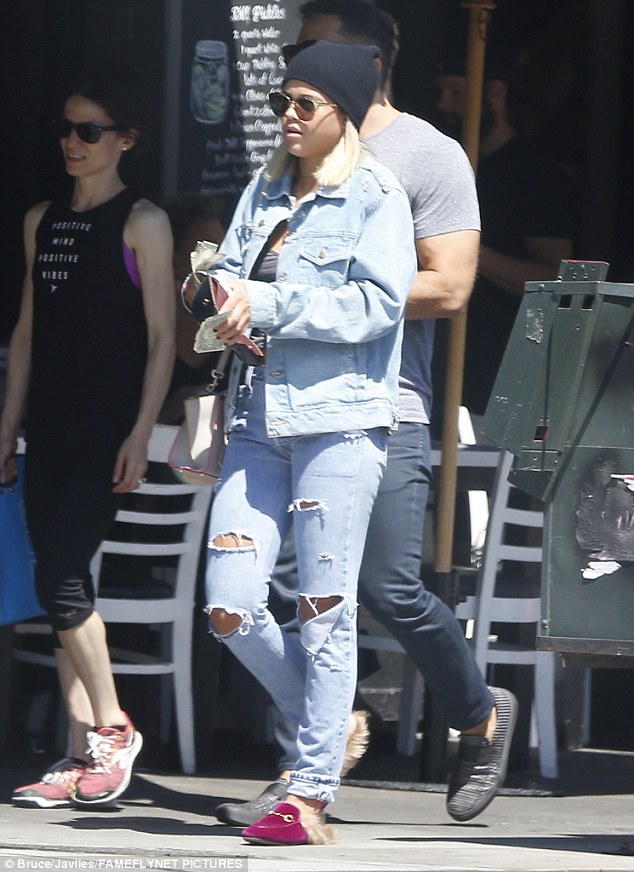 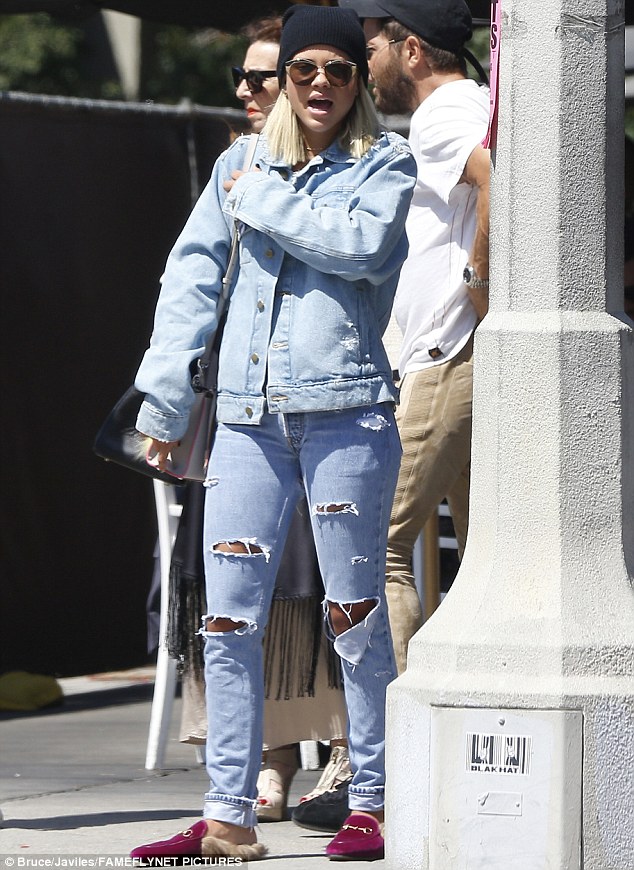 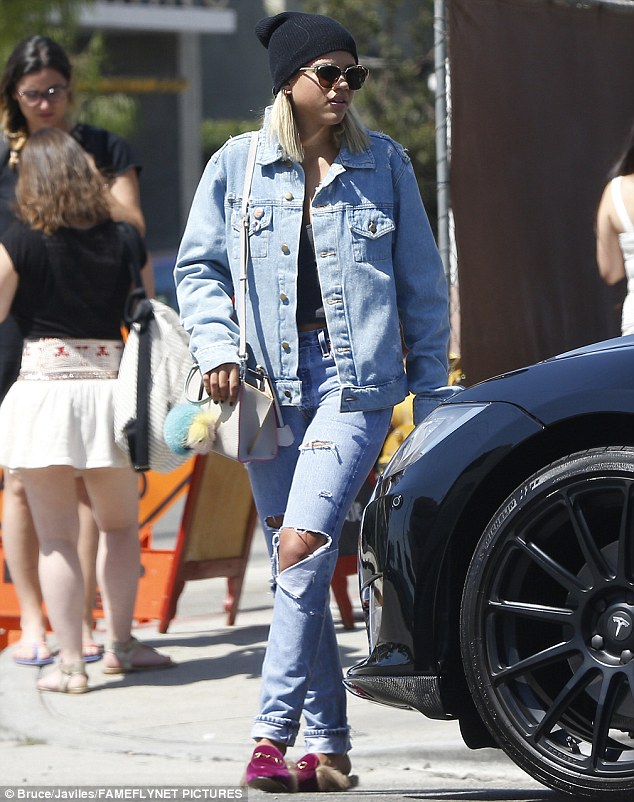 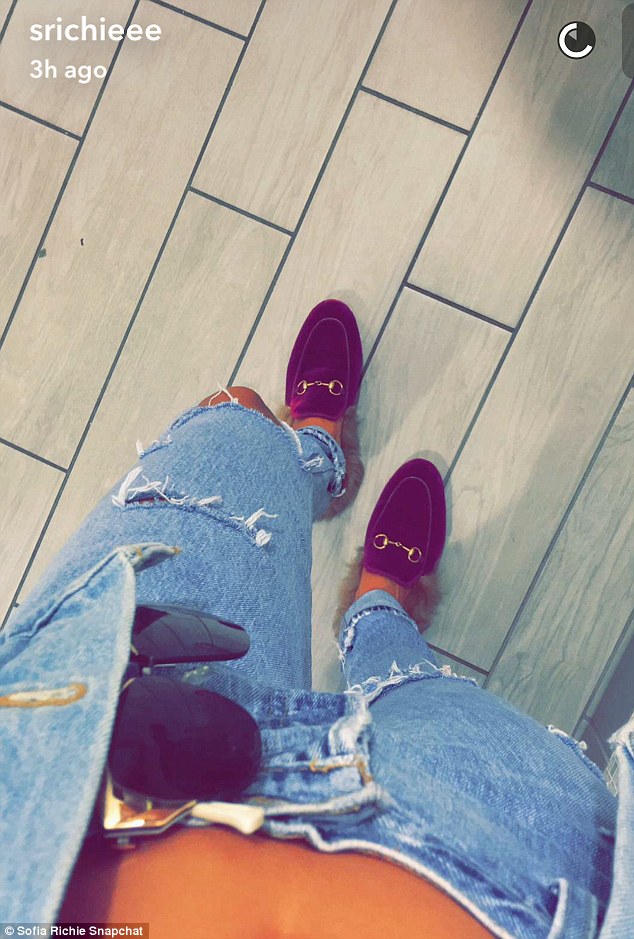 Sofia Richie rocks double denim with furry mules from Gucci while out and about with friends in West Hollywood on September 3, 2016

Come Sunday, Sofia was once again seen sporting another set of furry slides — this time, a pair of Givency sandals, as she engaged in some retail therapy in Beverly Hills. She used the same jeans from the day before, but switched the beanie for a cap and the denim topper for a sporty white jacket. 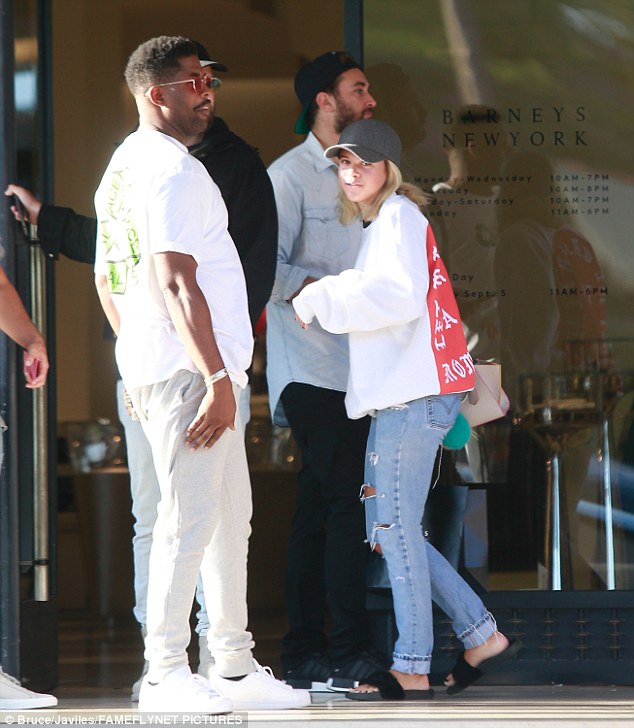 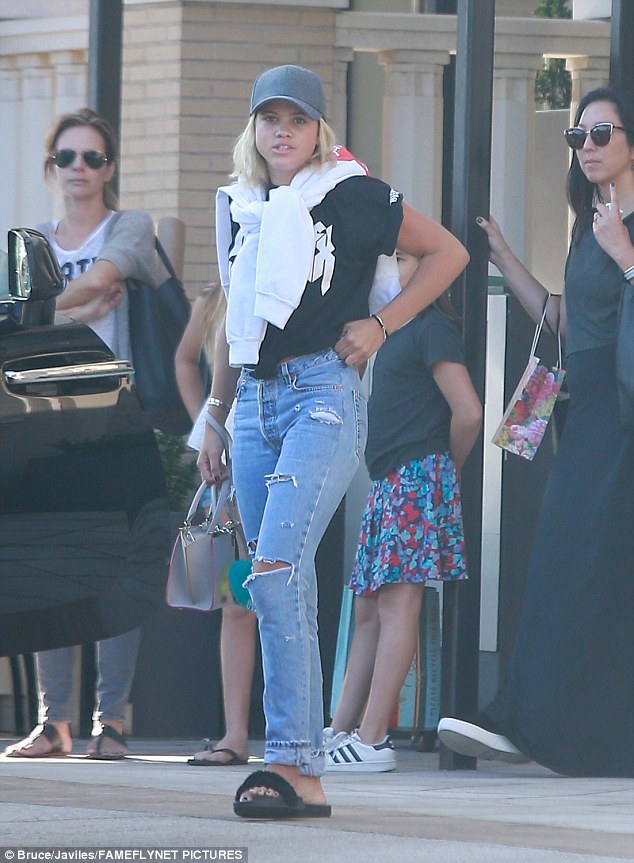 Sofia Richie shops at Barneys in Beverly Hills on September 4, 2016

I can’t relate with Sofia fashion choices, but perhaps you can? Will you wear furry flat mules with a double-denim getup? And how would you style her fur-trimmed Givenchy slides if you had a pair? Come to think of it, will you spend loads of money on a pair of rubber slides decorated with mink fur?

Here’s a look at those fur-trimmed Gucci mules in bright green. The shoes, dubbed as “Princetown”, are crafted from suede and come with mink fur on the foot bed. No doubt, they’re statement makers, but they will set you back almost a thousand dollars. If I’m not mistaken, they come in printed variations too:

And as for Sofia’s fur decorated slides from Givenchy, well, let’s just say they’re not as pricey but will still put a huge dent on your wallet. Here’s the striped version: