She’s currently treading the boards in the West End in Cat On The Tin Roof. And Sienna Miller opted for an unusually casual ensemble as she left the Apollo Theatre in London following another successful performance on Wednesday night. The 35-year-old dressed down in a grey T-shirt and red tracksuit bottoms as she made her way out of the stage door. 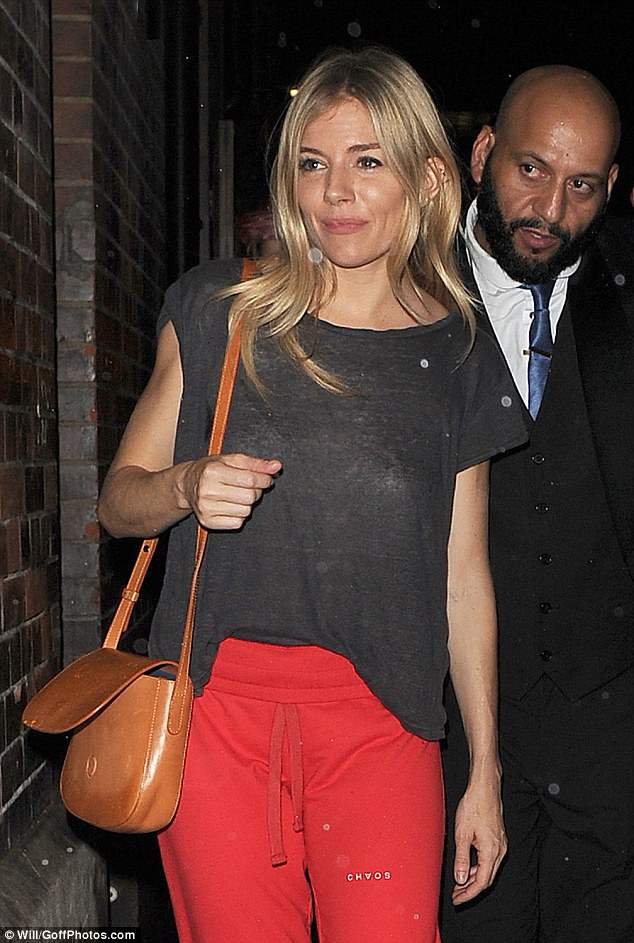 The stylish actress made sure to stay on trend with a pair of Gucci trainers to add to the sporty look. Harking back to her boho days, the star accessorised her ensemble with a tan satchel slung over her shoulder.

Wearing her blonde tresses down in waves, Sienna showed off her glowing complexion with a natural make-up look, accentuating her eyes with a liberal coating of mascara.  Sienna is currently starring in Tennessee Williams’ play Cat On The Tin Roof, alongside Skins actor Jack O’Connell. 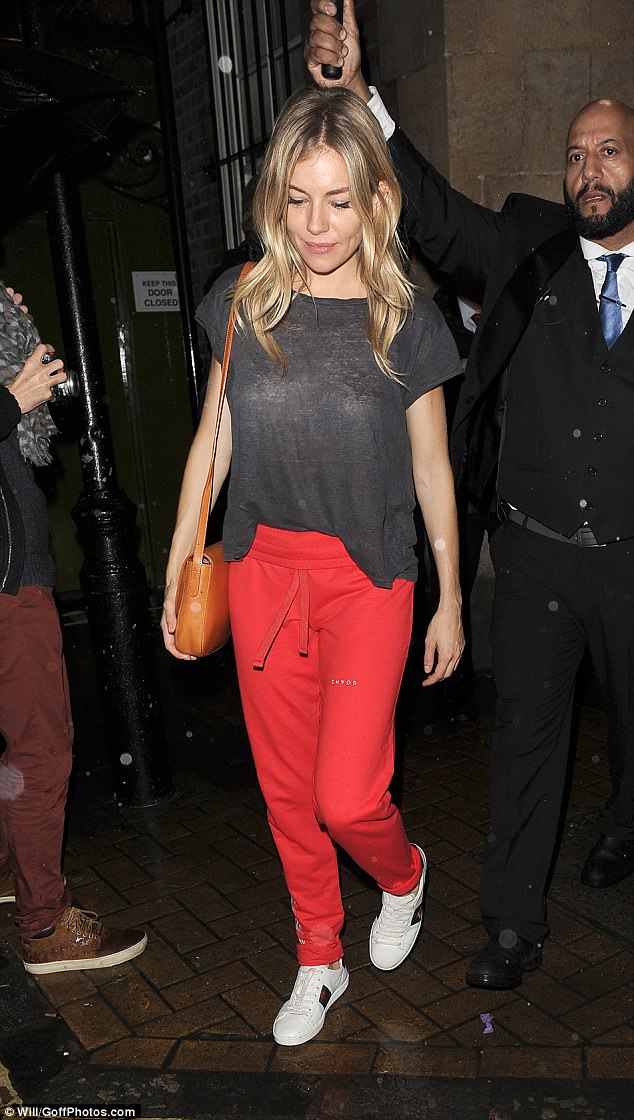 She has received rave reviews for her performance as Maggie in the drama, which runs until October 7.  The Benedict Andrews’ directed play centres around the sexual tension between her character and her alcoholic husband Brick, who some believe is in denial about his homosexuality. 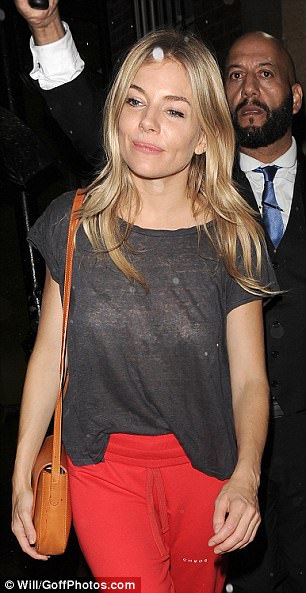 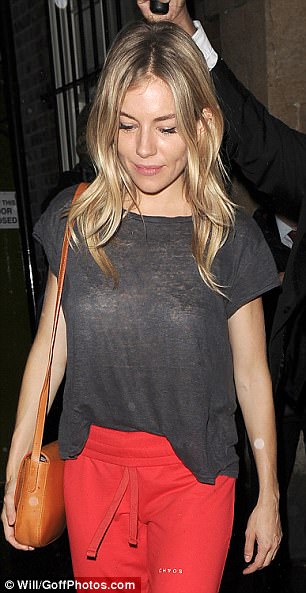 The sizeable ring set tongues wagging about potential wedding bells for her and her director boyfriend, Bennett Miller, 50, who she met on the set of the 2014 film Foxcatcher. 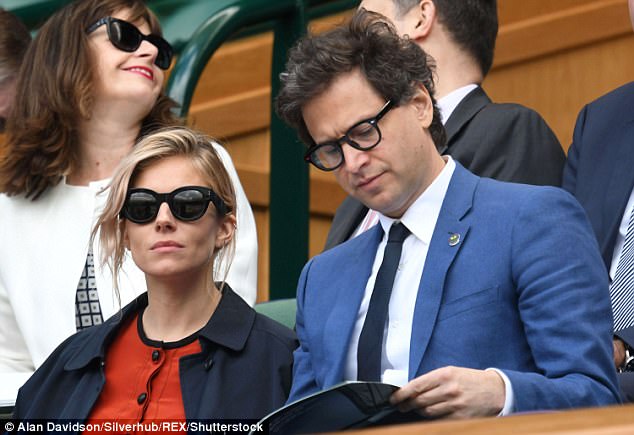 However, a source close to Sienna later dismissed the claims as a ‘silly mistake’ and said there was no engagement. Sienna shares daughter Marlowe, five with her former fiancé Tom Sturridge, whom she dated from 2011 to 2015. 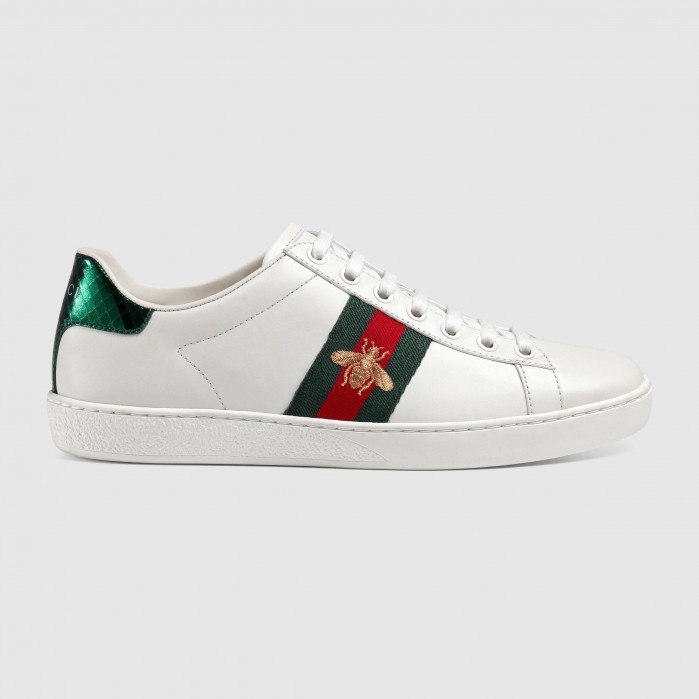 These Gucci numbers are perfect for those who want to try the trend without sacrificing any glamour along the way. 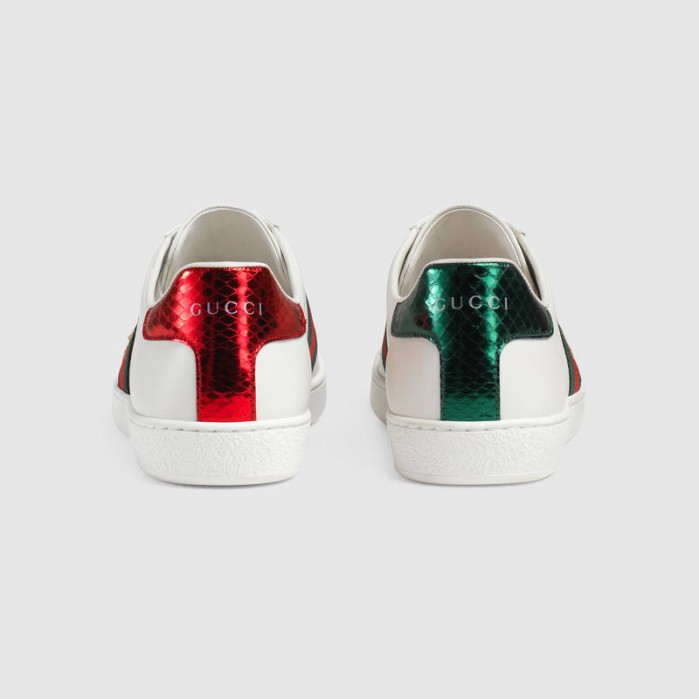 Spotted on everyone from Kourtney Kardashian, to Jennifer Lopez and now Sienna Miller too, the now iconic bee embroidery has elevated them to IT status. 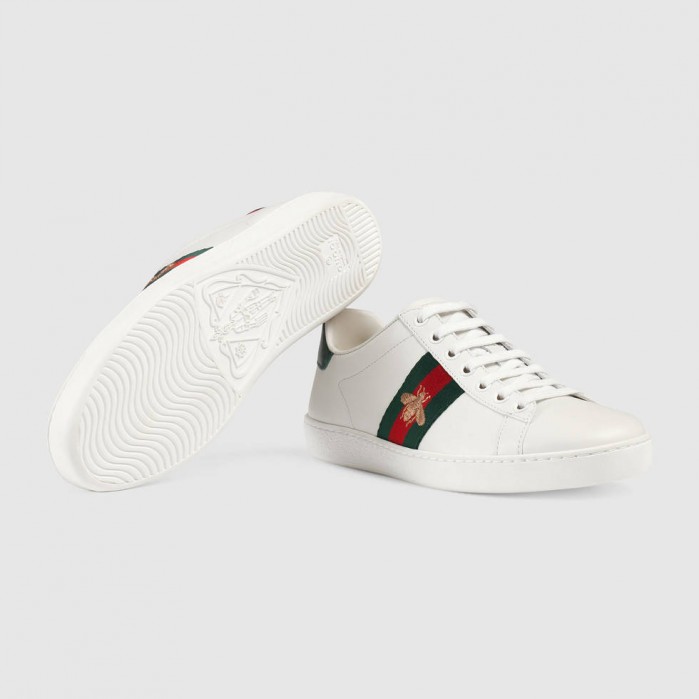 To join the fashion buzz, click ‘Buy’  to snap up a pair! Or see what else is out there with the picks below… 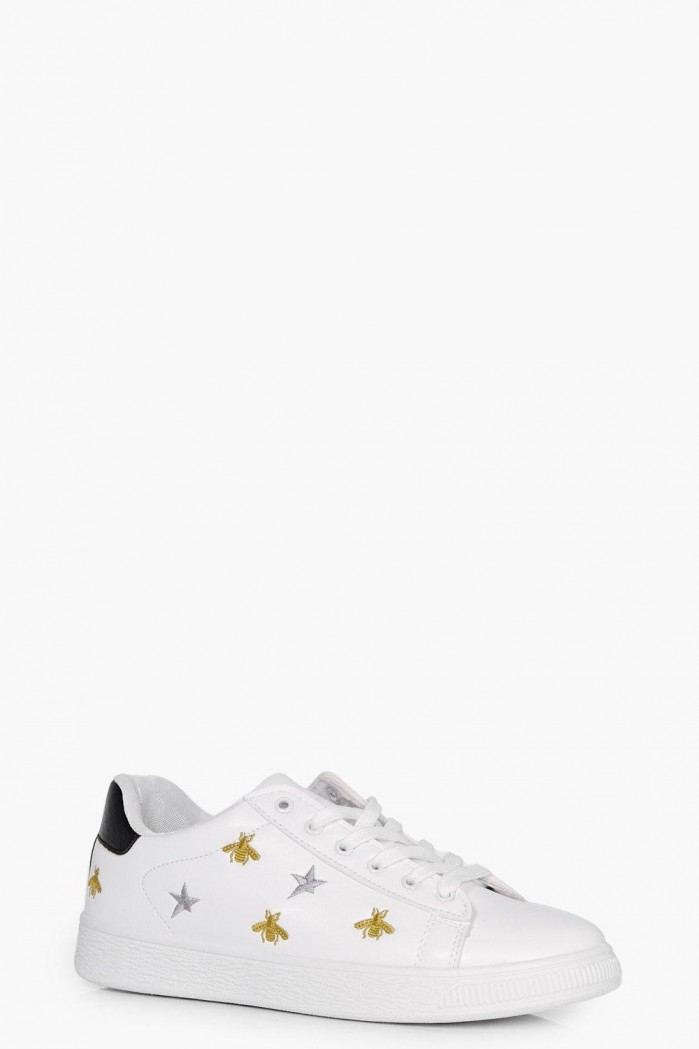 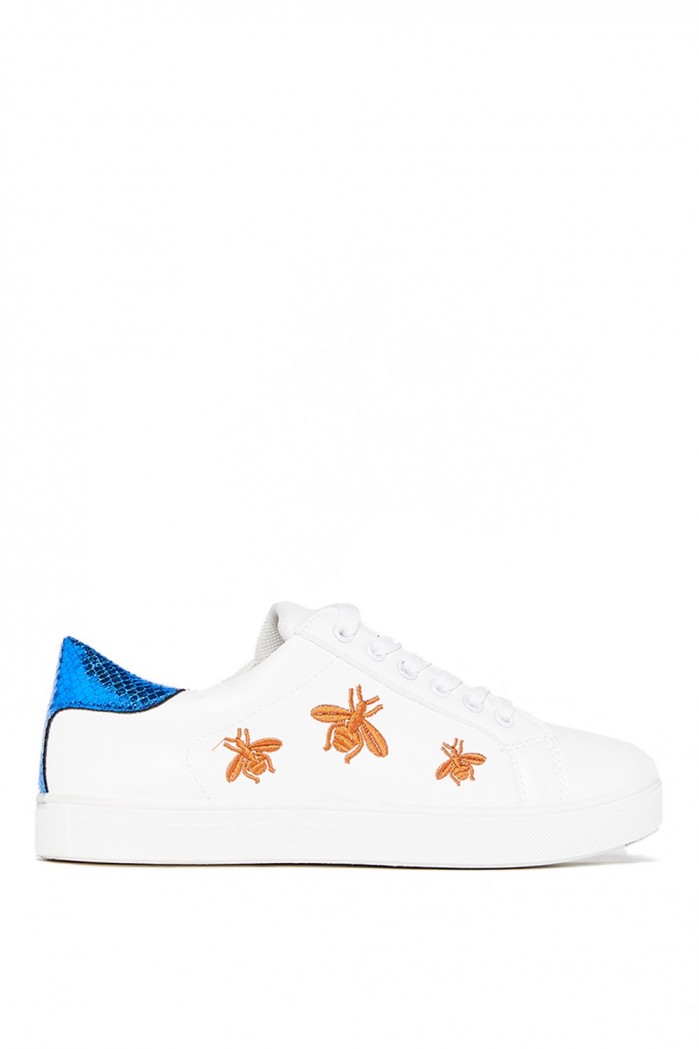