She always looks effortlessly stylish whether she’s glammed up to the nines on a red carpet or enjoying a day off in jeans and a t-shirt. And it was no exception on Tuesday night when Sienna Miller left her latest West End performance looking fabulous in frayed jeans and a chic navy jumper and excitedly clutching onto her new Dior bag – one of the season’s key buys. Nailing a smart-casual ensemble, the blonde beauty, 35, turned heads as she exited the Apollo Theatre in London following another successful show of Cat On A Hot Tin Roof. 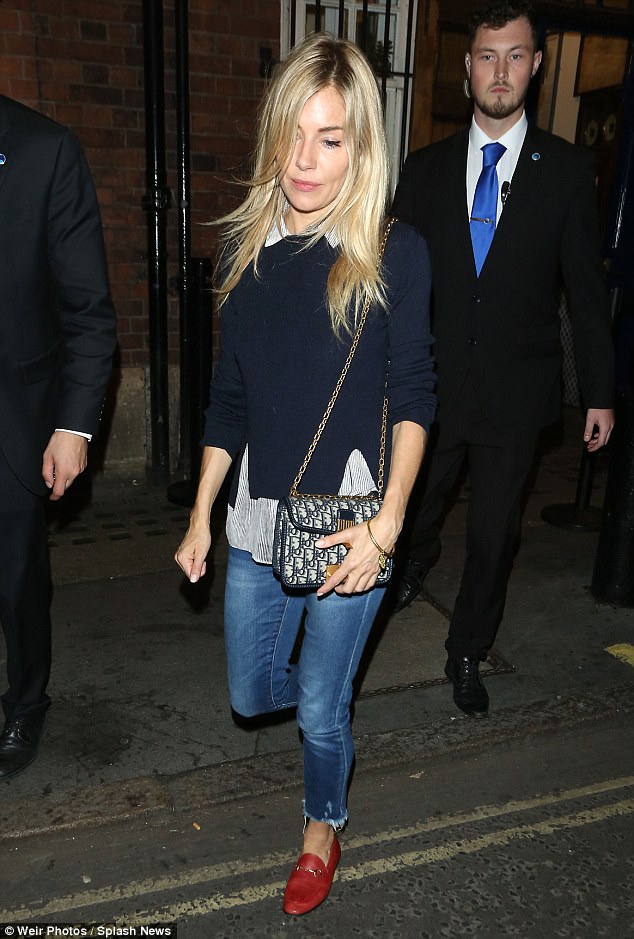 The English rose slipped into a pair of blue jeans which were cut off just above her ankle, leaving a frayed edge, and highlighted her lean legs. She teamed her casual lower half with a loose striped shirt and navy jumper, which smartened up her whole ensemble.  Adding a pop of colour to proceedings, the Hollywood star opted for a pair of bright red Gucci loafers, which drew attention to her toned pins. 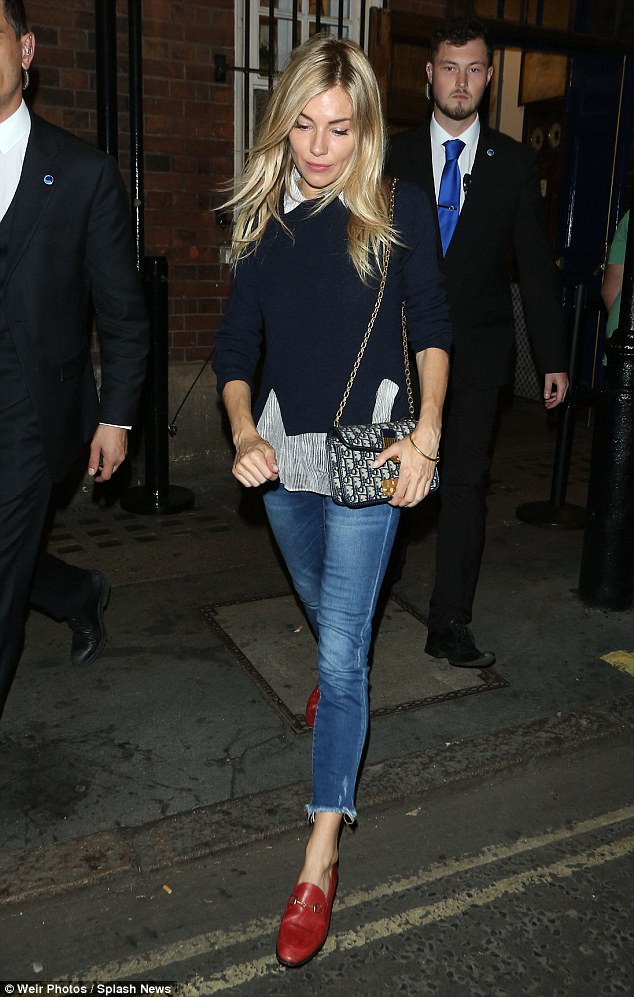 The mum of one carried her essentials in her Dior chain bag, which she wore slung over one shoulder. She kept a firm grip on the purse as she left the theatre, using her hand to keep the clasp shut and ensure none of her belongings took a tumble. On the make-up and hair front, Sienna kept her enviably glossy blonde locks loose and arranged in her signature carefree, tousled style. She opted for minimal make-up, choosing a dewy foundation that allowed her natural beauty and clear complexion to shine through. 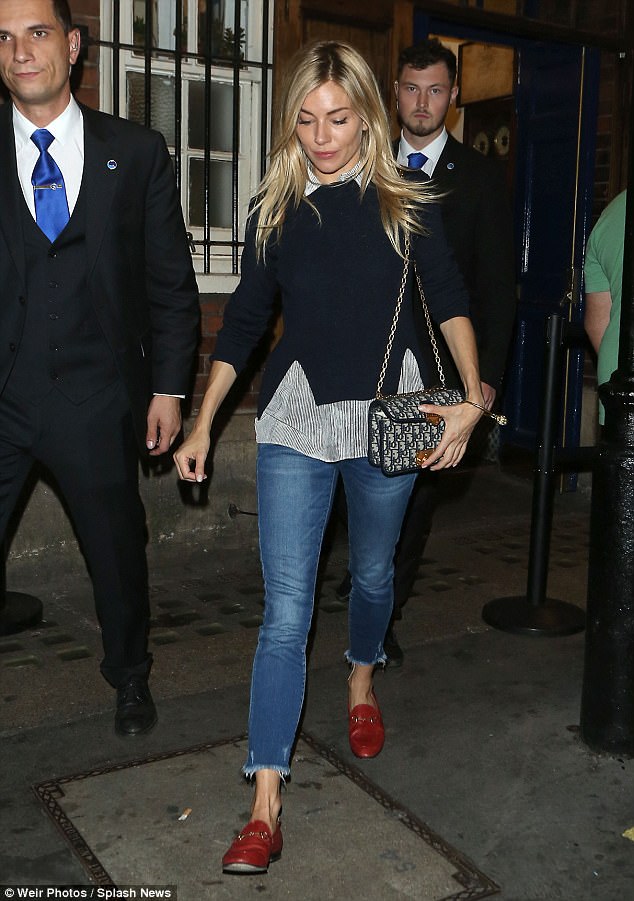 Sienna finished her look with a slick of pink lipstick, immaculately groomed brows and a dash of black mascara. The American Sniper star has been widely praised for her turn as Maggie in the Tennessee Williams play Cat on a Hot Tin Roof, which has been reimagined for a summer run at the Apollo Theatre. She stars alongside former Skins actor Jack McConnell, 27, in the play, which runs until October. He’s also garnered critical acclaim for his role as Maggie’s husband Brick. 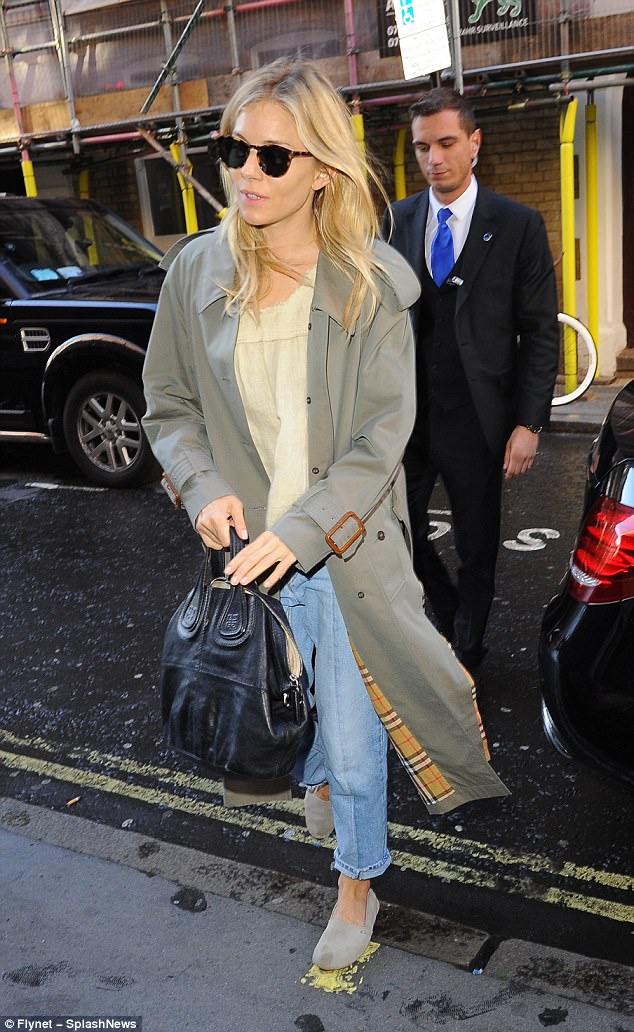 Her pre-show ensembles have garnered almost as much attention as her acclaimed performance on the West End stage. 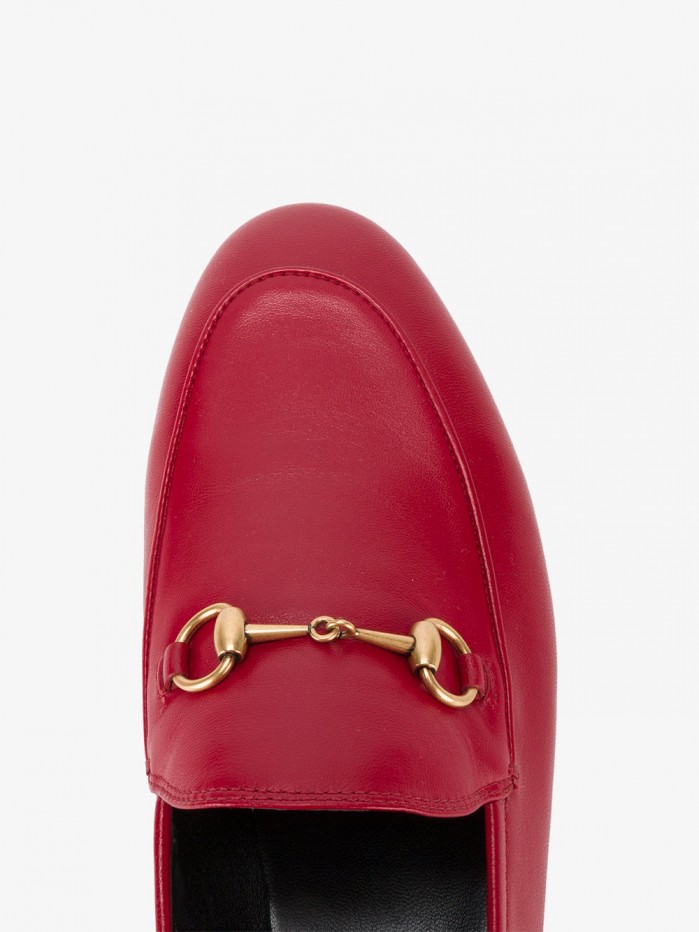 These red leather Gucci ‘Brixton’ horsebit loafers are iconic. Inspired by Great Britain and designed in Italy, these signature slip-on shoes have been reimagined in red leather and retain all of the usual suspects such as the elongated toe, gold-tone horsebit detail, leather insole and a flat 15 mm heel 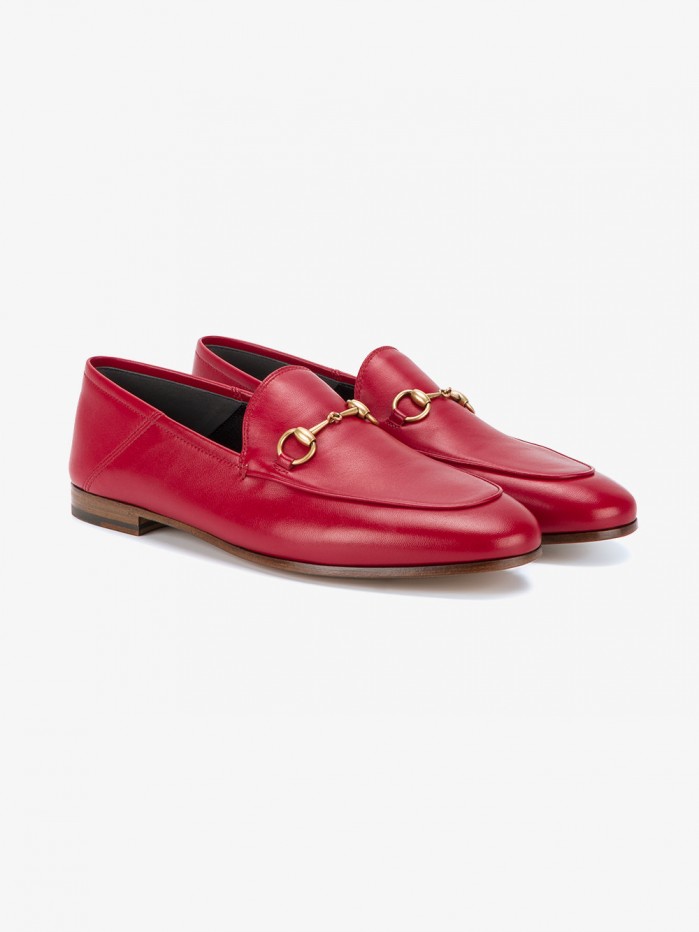 The shoes with their horsebit detail are of course by Gucci and they’re still available to buy at Browns. The ‘Brixton’ style are simply sophisticated and sure to elevate any look. They come in varying colourways but red will certainly brighten things up. 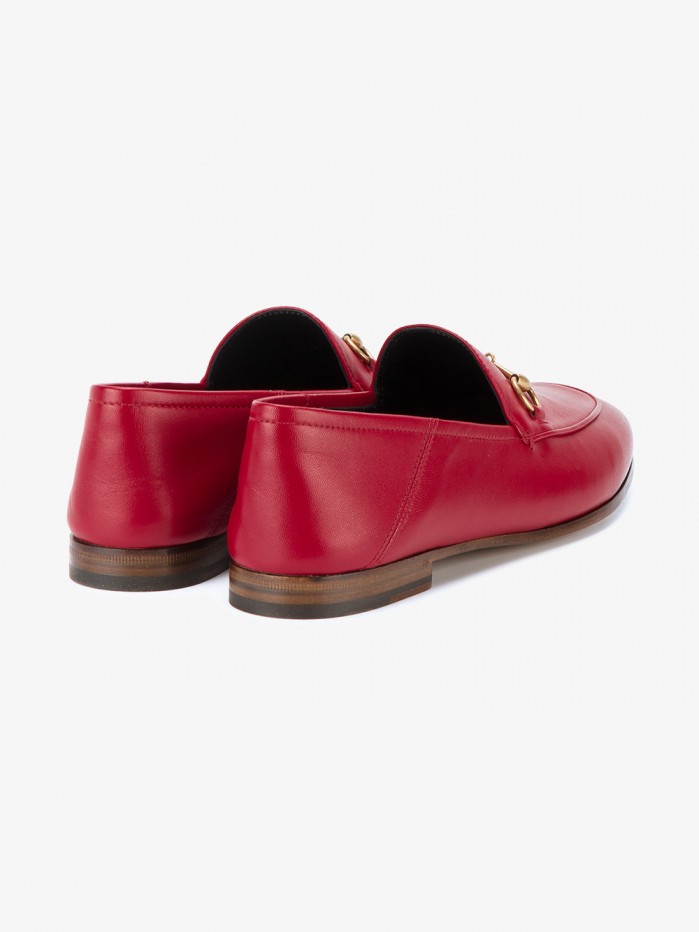 Want to check out alternatives for less? Head below for similar picks by Park Lane, Paul Smith and more: 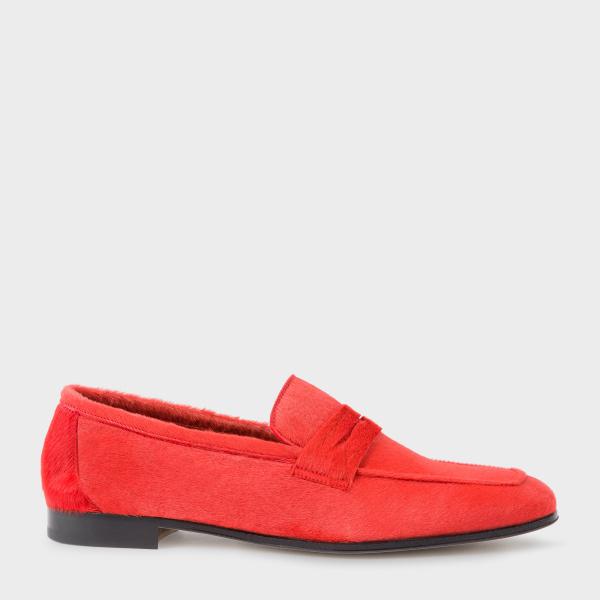 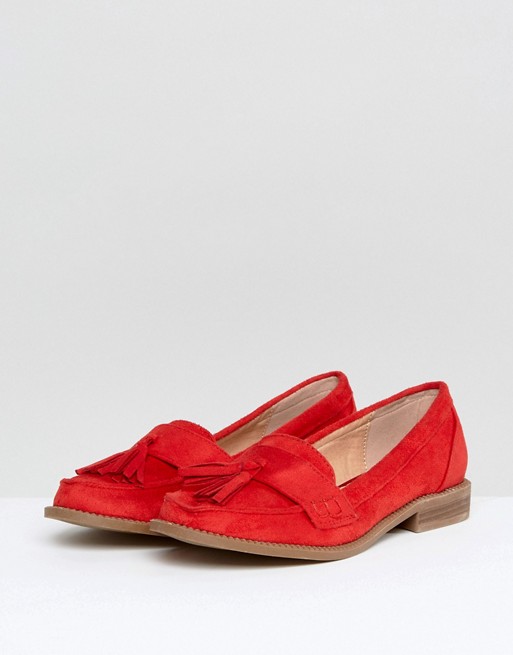