She is currently in the midst of starring in the West End show A Cat On A Hot Tin Roof. And on Thursday evening Sienna Miller, 35, left the Apollo Theatre in high spirits following her performance. Wearing a feminine jumpsuit the star stunned as she exited the theatre, past her adoring fans, as she flashed just a hint of her bra.

The Factory Girl actress wore a maroon and white jumpsuit featuring a floral pattern and three pearlescent buttons at the front. The blonde bombshell’s simple outfit showcased her enviably slender frame, hugging her in all the right places. Sienna completed her ensemble with a pair of black leather loafers and a rust coloured bag with contrasting suede and leather elements.

She stylishly wore her glossy blonde locks in a top knot, leaving tresses of her hair to fall around her shoulders, which she tucked behind her ears. The Layer Cake actress highlighted her eyes with a swish of mascara and a touch of smudged black liner. Keeping her accessories simple, but effective, she wore four silver earrings to complete the look.

The blonde beauty, 35, looked casually cool in a candyfloss pink sweater which hugged her slender figure and pert bust as she made her way out via the stage door. 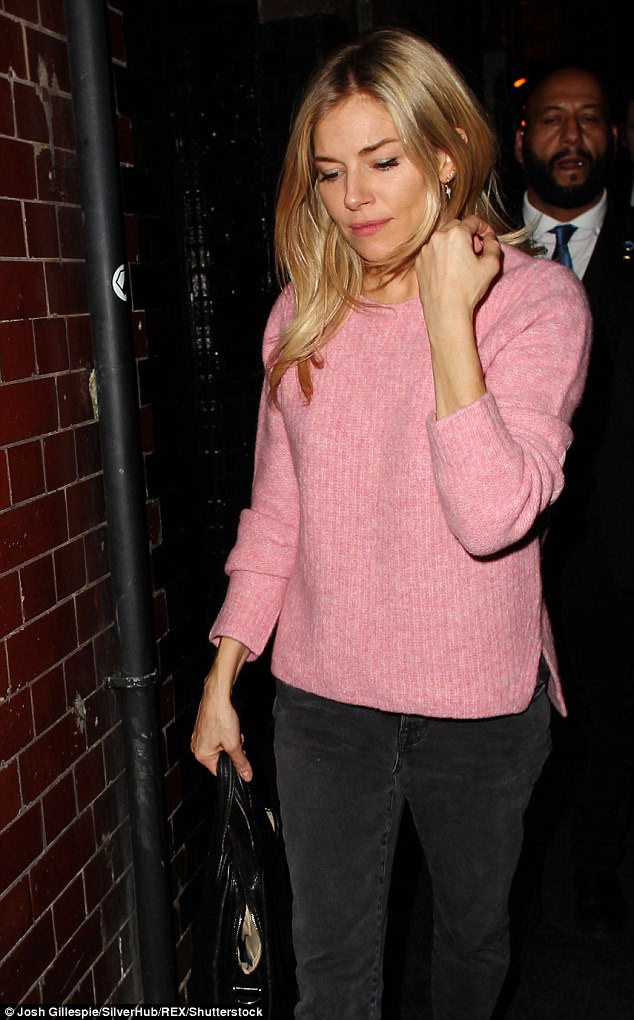 Showing off her slender and toned legs, the Layer Cake actress donned slate grey skinny jeans from Frame, which she paired with pointy orange pumps, which were topped with fluffy blue bobbles. Her blonde locks were styled in soft waves and parted in the middle, while her sparkling peepers were enhanced with fluttery lashes and a touch of liner. 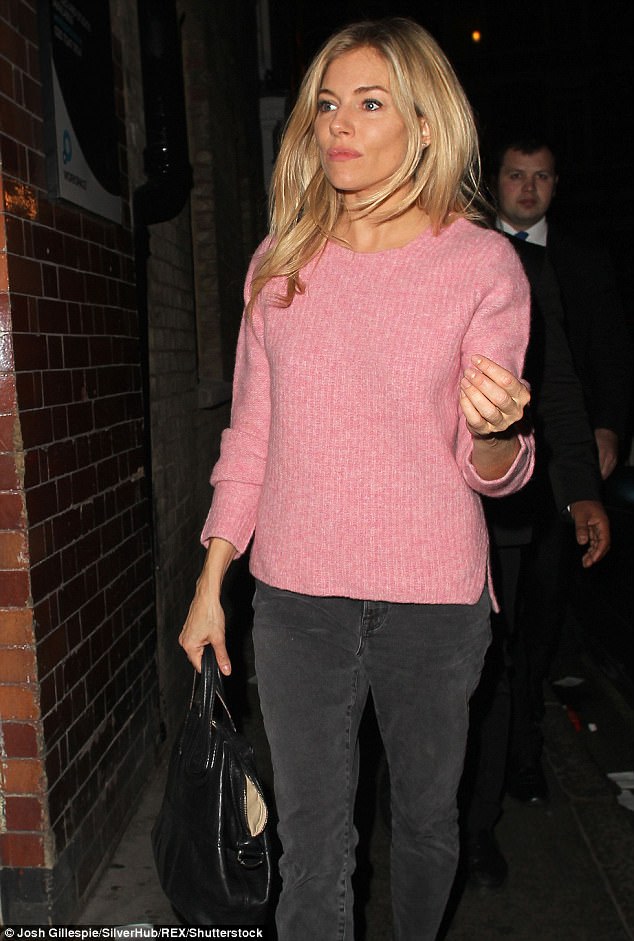 The star’s plump pout was painted in a rose-pink hue. She accessorised with Sophis Lis Fallen Star earrings and a leather handbag.  The casual look was worlds away from Sienna’s sex-kitten alter-ego in the hit play, for which she has received praise as the ‘slinky and seductive’ feline. 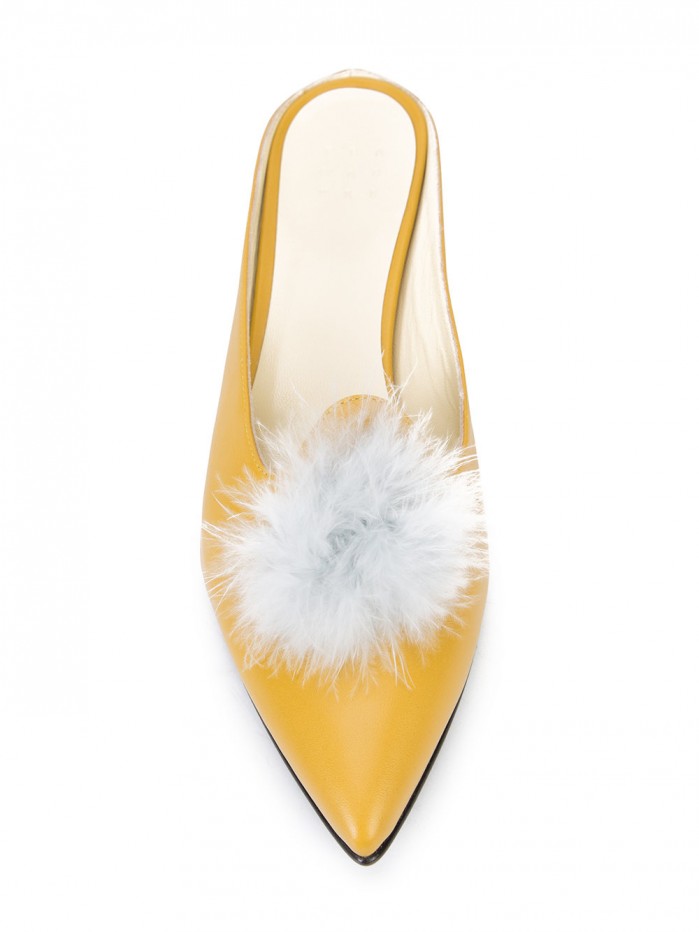 These statement mules are by Trademark. Between the marabou feather pom poms, low wedge heel and mustard shade, there certainly is a lot going on here! 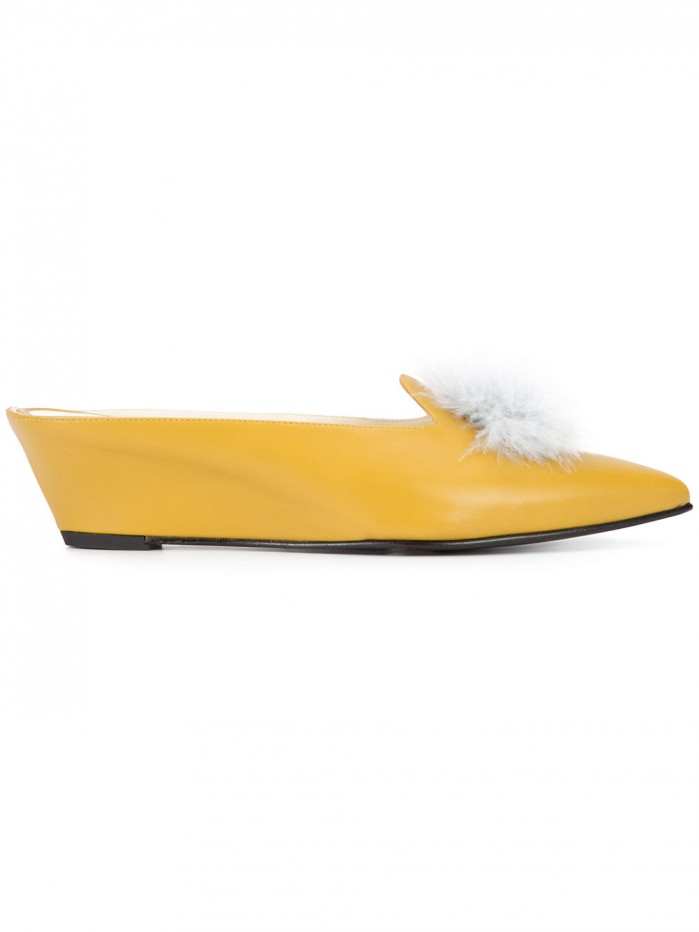 The brand is relatively new and is the brainchild of Tory Burch’s stepdaughters Pookie and Louisa so make sure it’s on your radar. 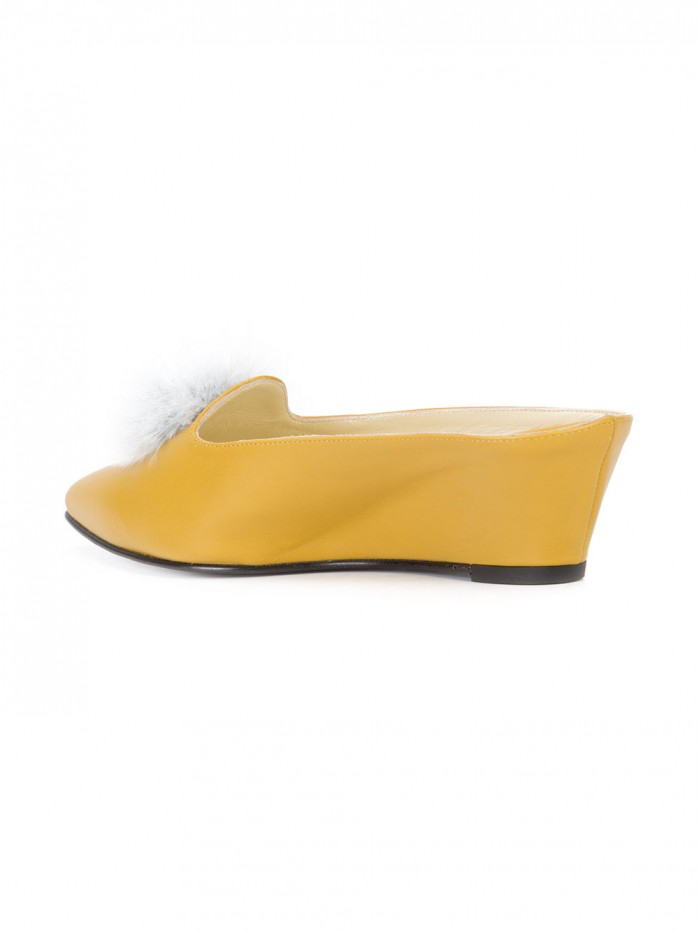 Click (Buy) to buy Sienna’s exact shoes at Farfetch, or if you’re feeling inspired, check out our more budget-friendly buys below. These Zara shoes are sure to ruffle a few feathers! 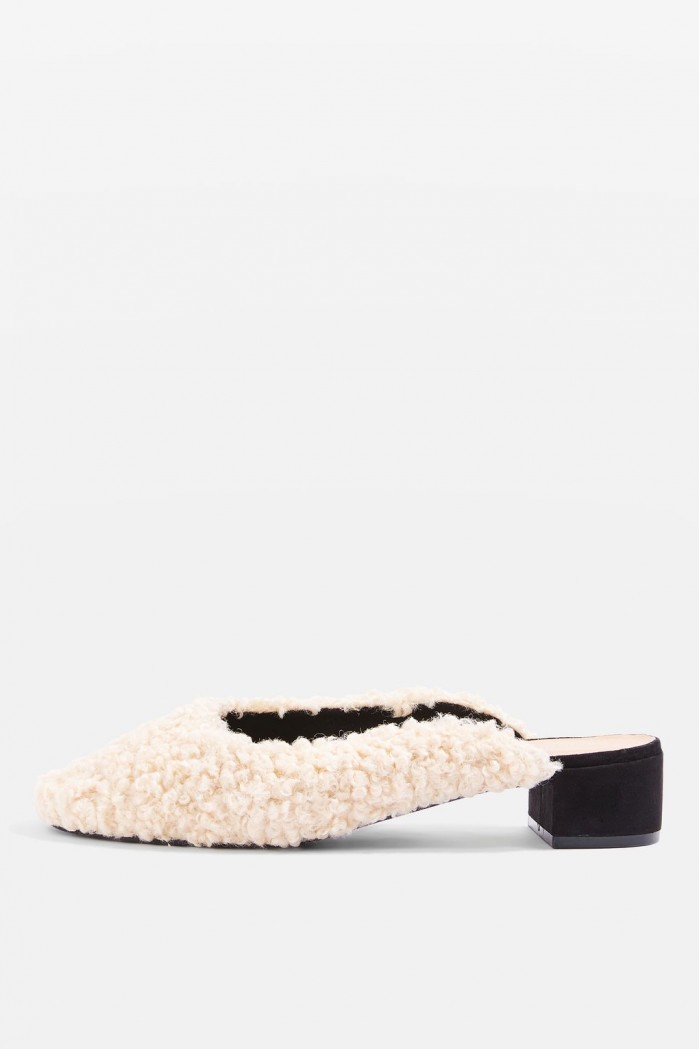 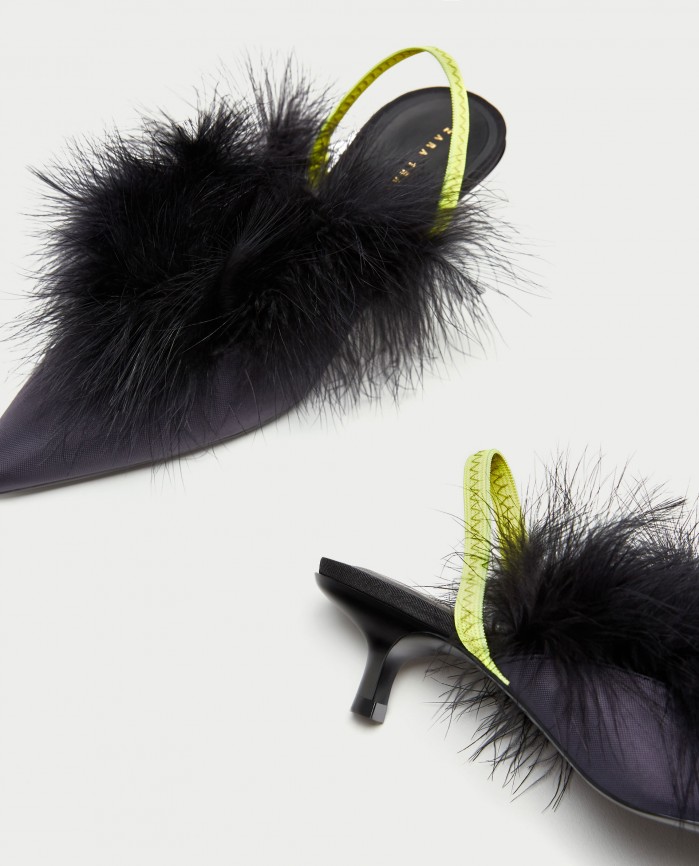