Go for gold like Scarlett in Kurt Geiger heeled sandals 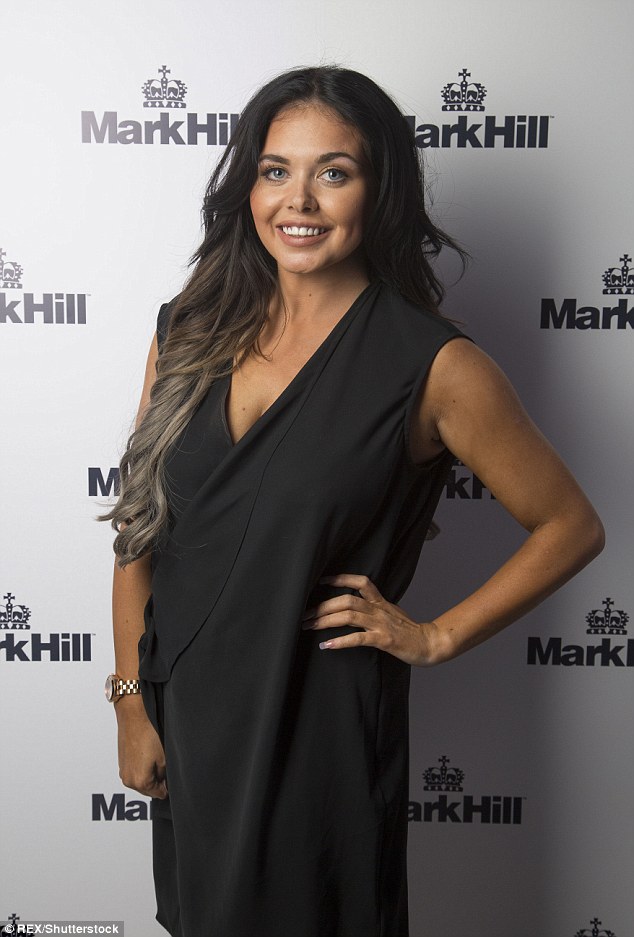 Scarlett Moffatt has been confirmed to enter the I’m a Celebrity jungle this year and we can’t wait to see what she gets up to! 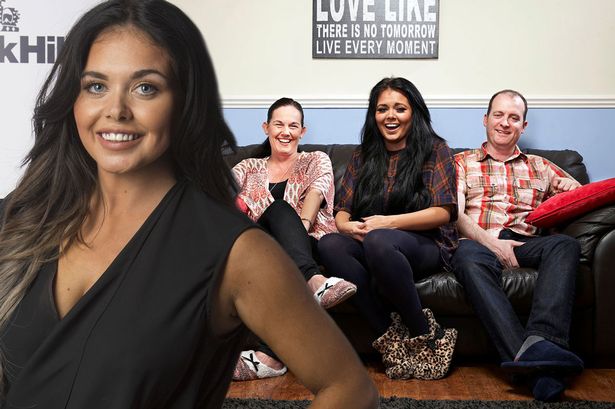 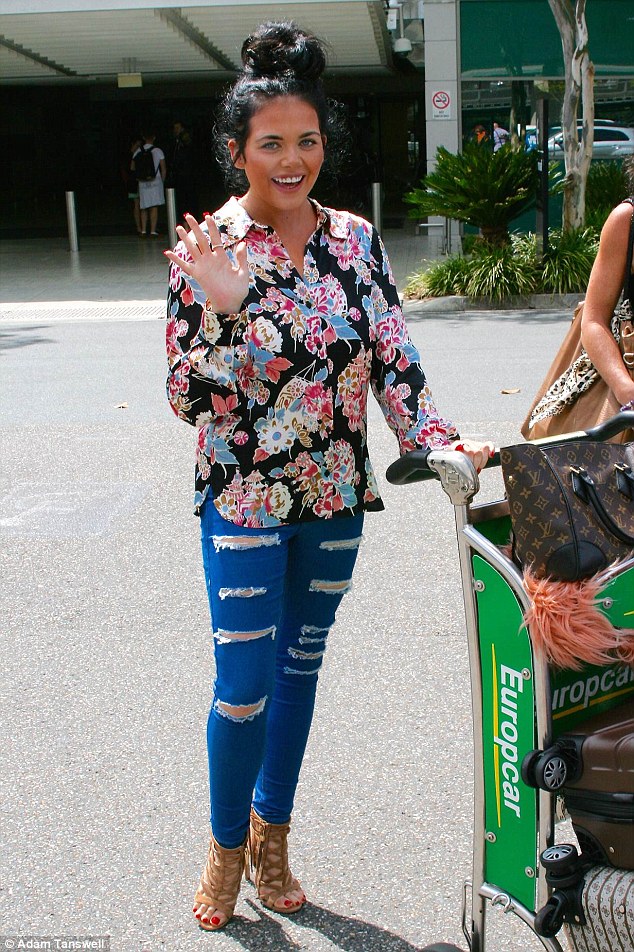 Scarlett Moffatt was one step closer to the jungle on Monday morning as she touched down in Australia ahead of her appearance on the forthcoming sixteenth series of I’m A Celebrity… Get Me Out Of Here!

Scarlett is sacrificing her place on Gogglebox to appear on the ITV show, though she admitted she ‘hopes’ to return to the series. 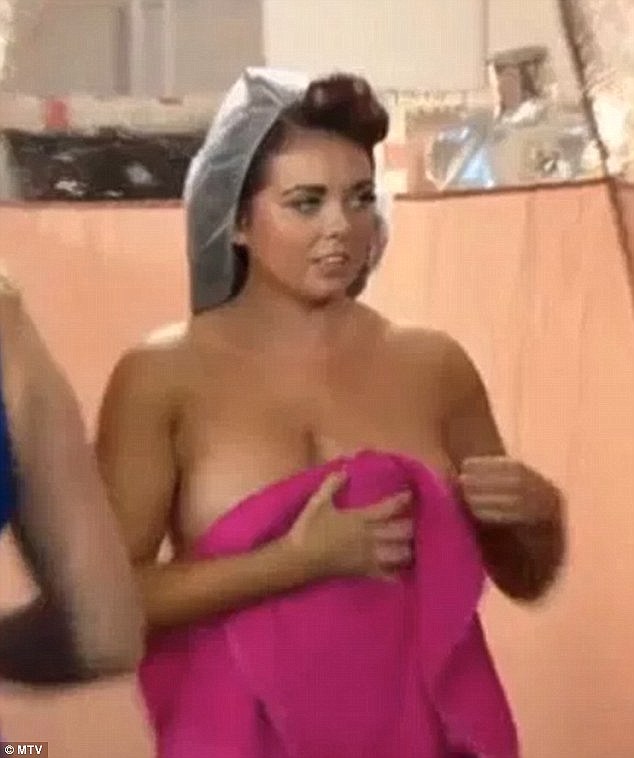 In just four months,Scarlett dropped from a size 16 to a size 10 but she claimed she won’t be following in the footsteps of the likes of Myleene Klass and Helen Flanagan – who both hit the headlines with their steamy jungle washes for she prefers to have a bath. Hot enough!  Oops… Cool, isn’t? 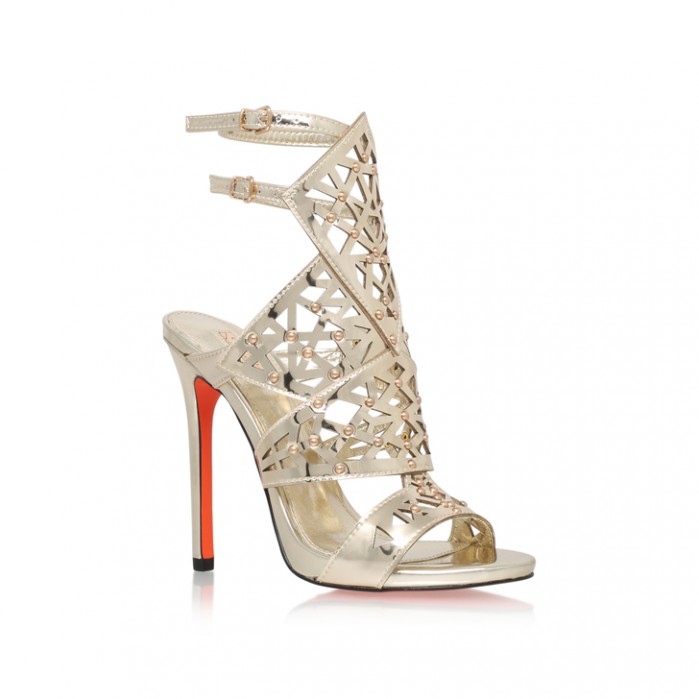 Who won’t love these gold caged sandals adding some serious shimmer to the ensemble? 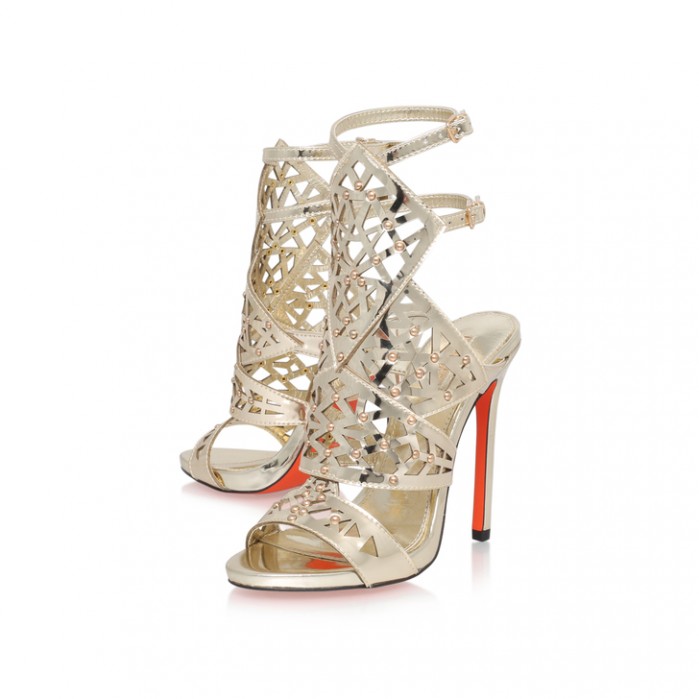 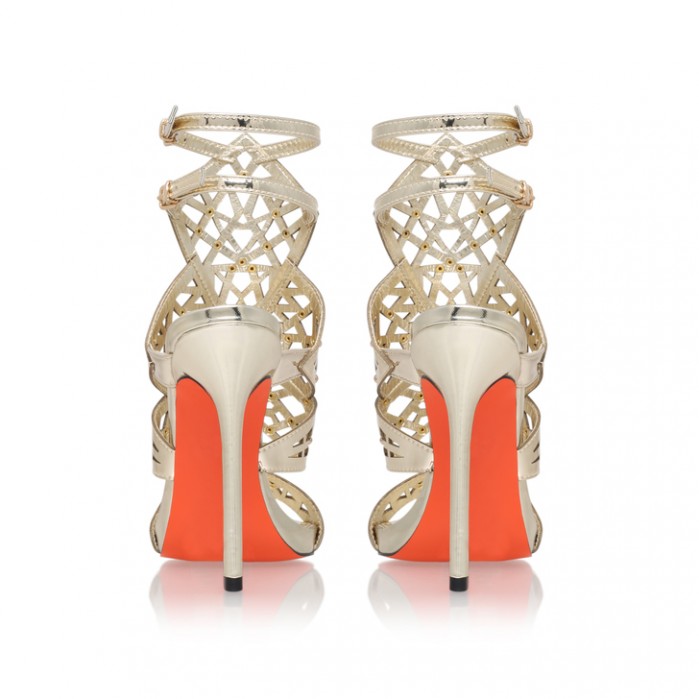 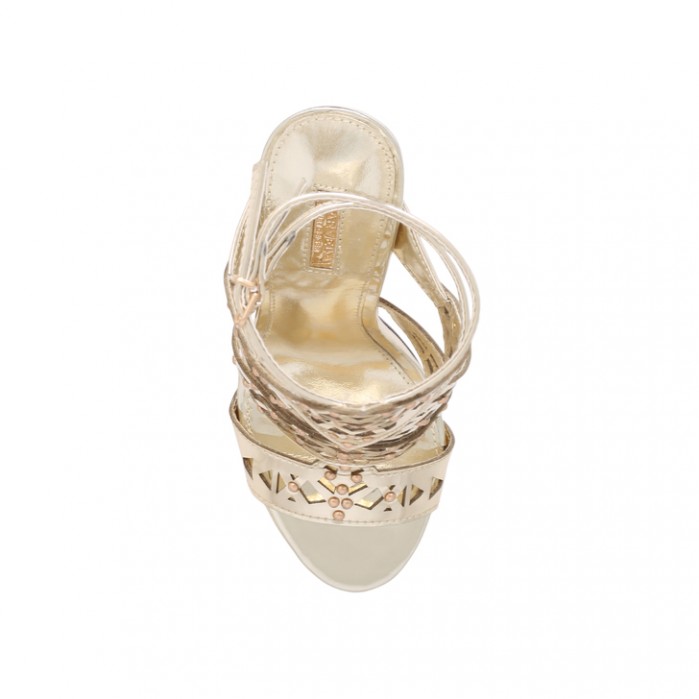 Designed with a liquid-gold laser-cut upper punctuated by studwork, and given extra appeal through a bright-orange sole and elegant 100mm heel.