Rosie Huntington is back with her incredible post-pregnancy physique

Rosie Huntington is back with her incredible post-pregnancy physique

The incredible post-pregnancy physique was back on display as Rosie Huntington-Whiteley stepped out in New York City on Thursday morning. The British model and actress, 30, who welcomed her first child with fiancé Jason Statham in June, caught the eye as she exited her hotel and made her way towards a waiting car. As always she looked typically stylish in a tasteful cropped sweater that partially exposed her nicely toned abs. 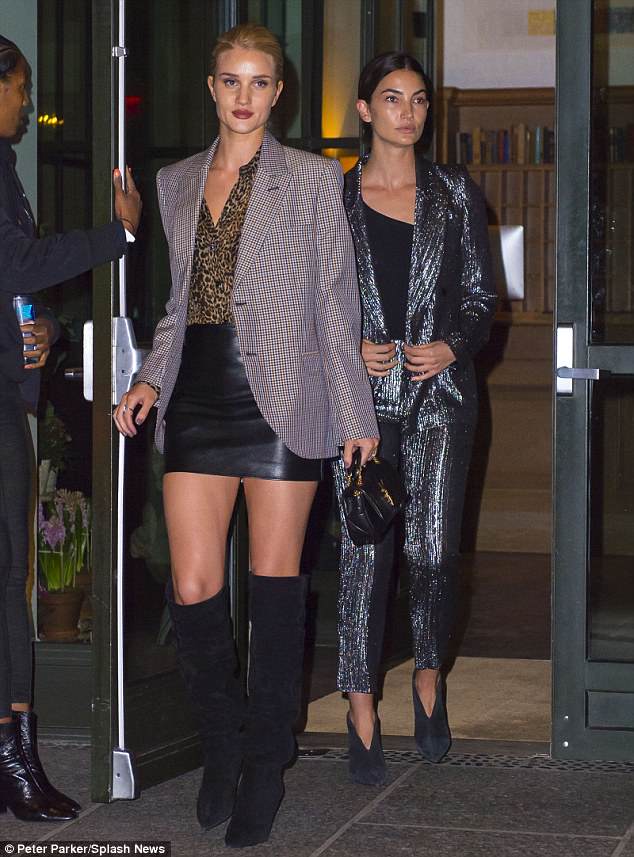 High-slung jeans added to the look, while a smart double-breasted blazer gave her ensemble a sophisticated flourish. Rounding things off with a pair of black capped stilletto heels, Rosie was an engaging sight during her latest appearance in New York. On a warm day in the city, the star kept her eyes shielded behind a pair of heavily tinted sunglasses, while a black leather handbag proved to be her only visible accessory. 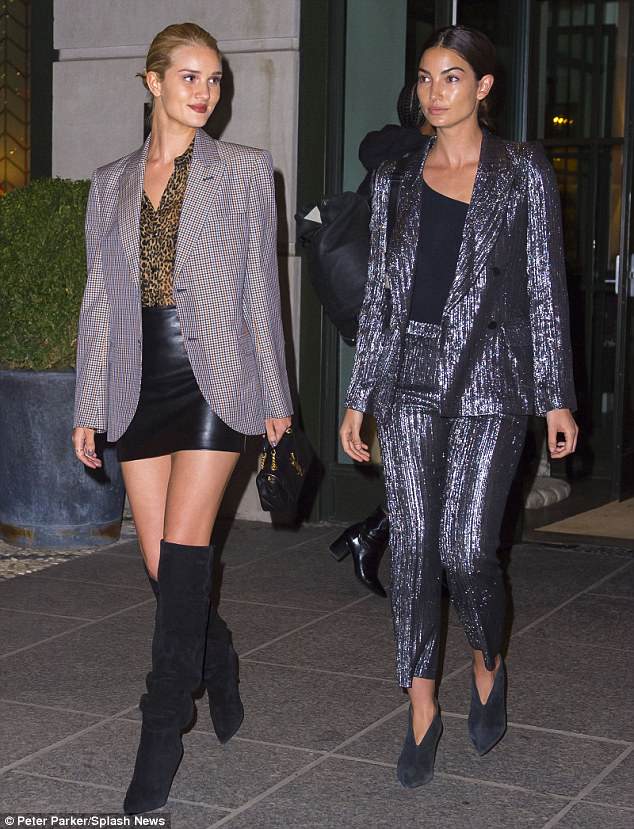 Rosie later traded her smart-casual outfit for a comparatively racy black leather skirt and over-the-knee boots ahead of a night out with close friend Lily Aldridge. A busy leopard print blouse provided an additional splash of colour, while a smart hounds tooth blazer rounded things off. Conversely Victoria’s Secret Angel Lily, 32, opted for an eighties inspired trouser-suit over a simple black vest.

Rosie welcomed her first child, a son called Jack Oscar, with her fiancé Jason Statham, 50, in June 2017. The Marks & Spencer lingerie model has been dating the action star for almost eight years. The pair are yet to tie the knot, despite announcing their engagement in January 2016. 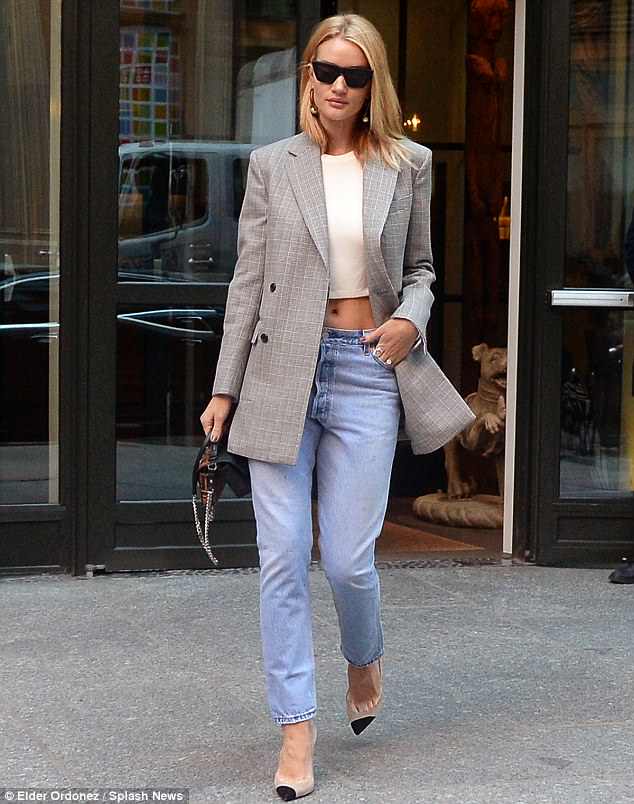 Rosie has shown no sign of slowing down since welcoming baby Jack and landed in fifth place on Forbes’ annual list of the world’s best-paid supermodels in November – with earnings of a staggering $9.5 million in just 12 months. The supermodel attended Paris Fashion Week in February, and was spotted on the front row of several high-profile catwalk shows earlier this year. 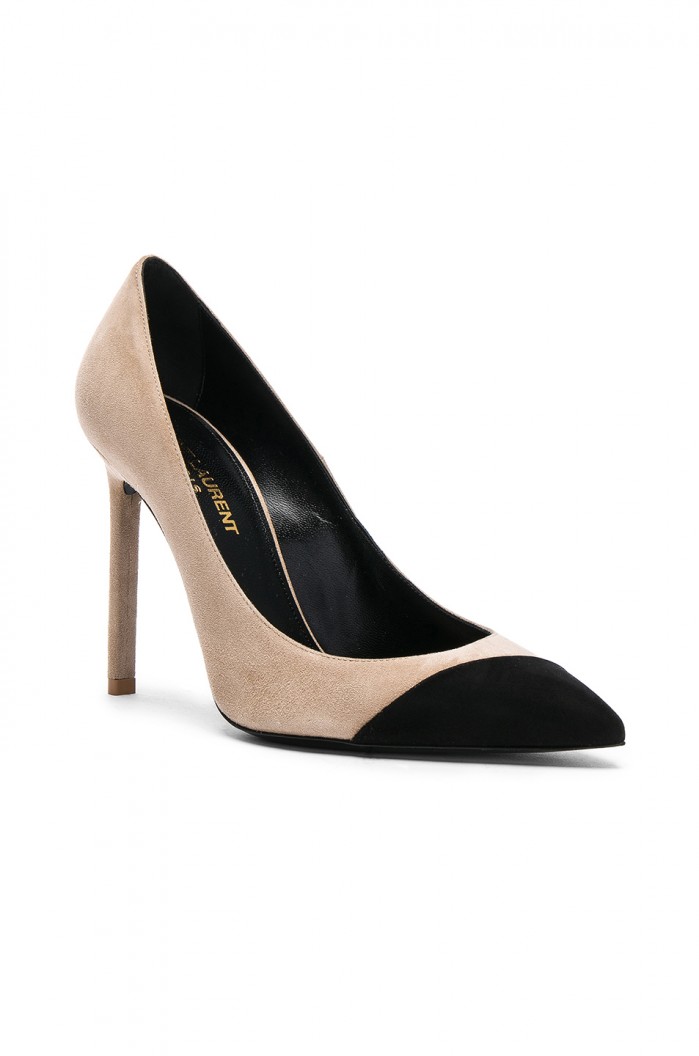 You can get these exact shoes now via FORWARD for under $700. A cap toe or two-tone court shoe is a great alternative to plain black or nude if you’re after something a bit different. Reminiscent of Chanel’s iconic shoe, a cap toe holds a certain sophistication, adding a touch of grown-up glamour to any look. 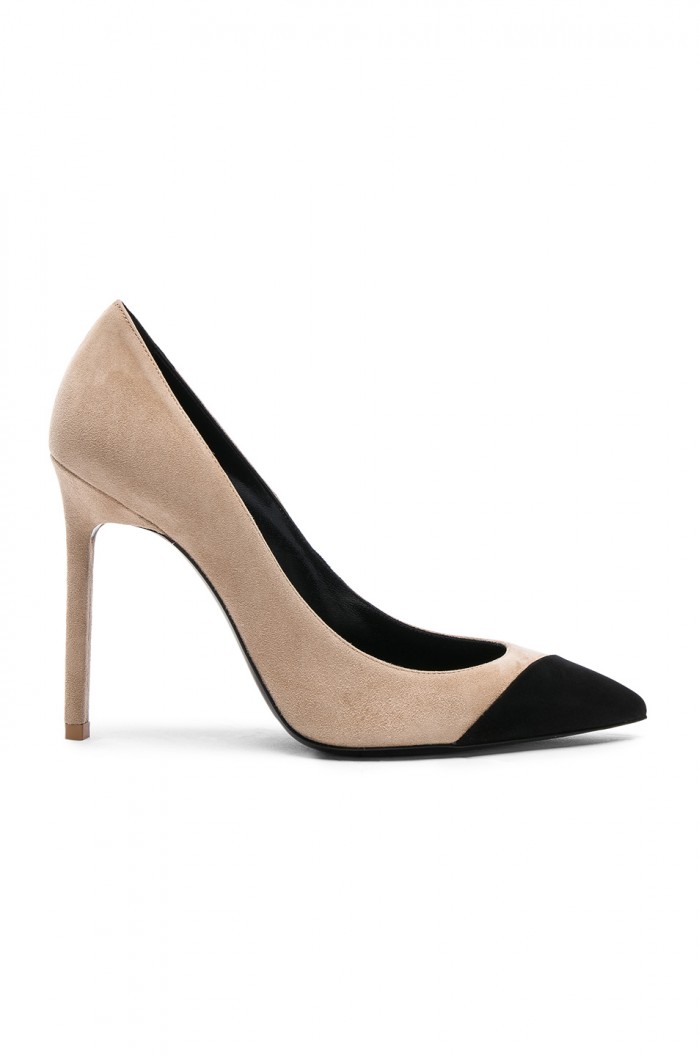 We’ve literally never seen Rosie Huntington-Whiteley step a sartorial foot wrong. She is a style star and master of laid back, pulled together chic. Here, the supermodel and actress was pictured wearing a boxy, grey checked blazer over a cropped white tee and high waist jeans. She accessorized with a Fendi bag, graphic shades and Saint Laurent’s suede Anja pumps. 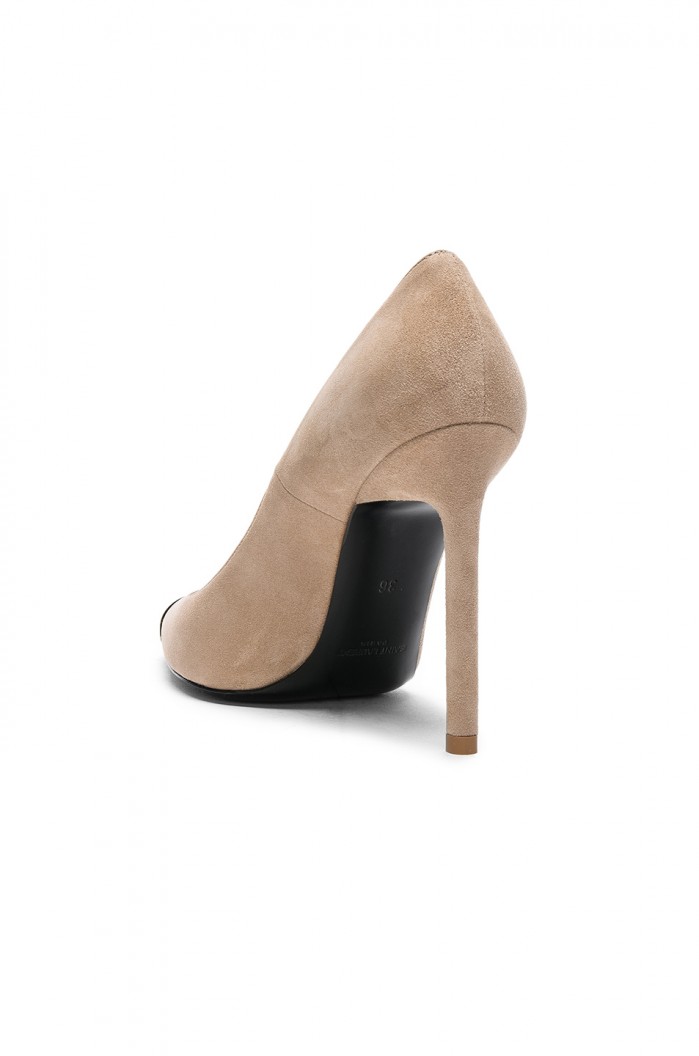 Chanel has in fact currently got an updated version of Coco’s favourite shoe style if you’ve got lots of cash to spend. Our vote is with their fabric and grosgrain pumps below: 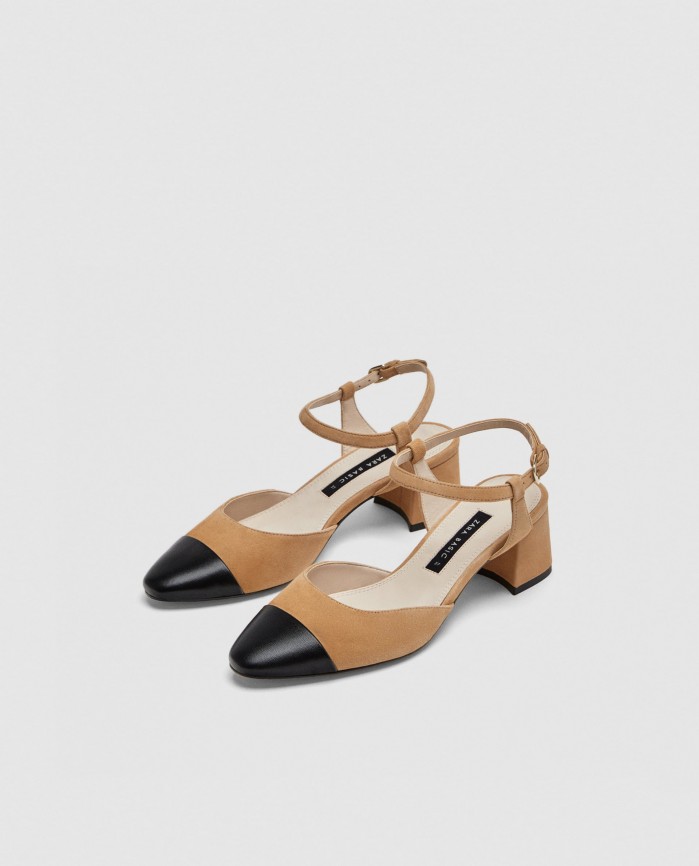 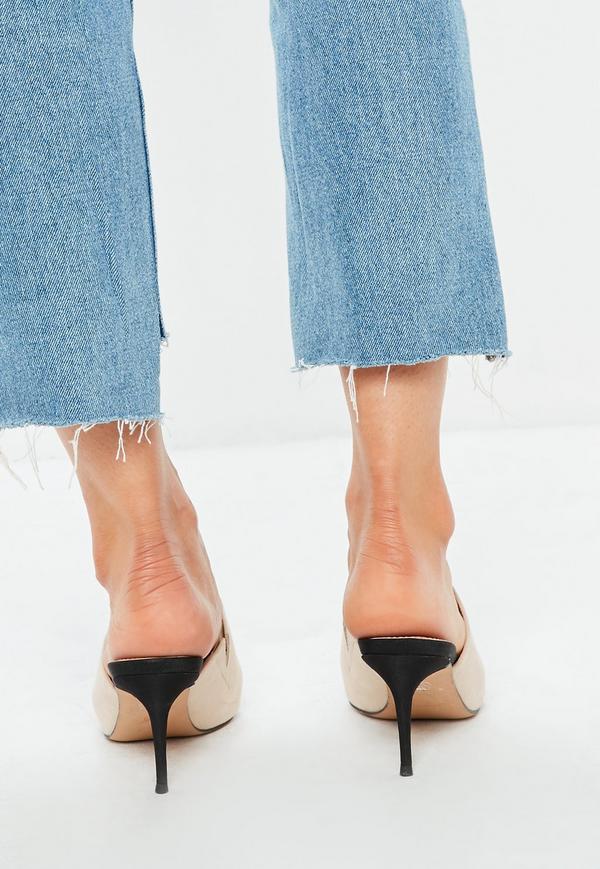