Rihanna and boyfriend Hassan Jameel were spotted enjoying a romantic late night dinner at Park Chinois, Chinese restaurant in Mayfair in the early hours of Friday morning.
The pair turned heads after not being seen in public together for weeks.
The couple left the restaurant separately choosing not to be pictured together with Rihanna, 29, exiting out the back door at around 2am. 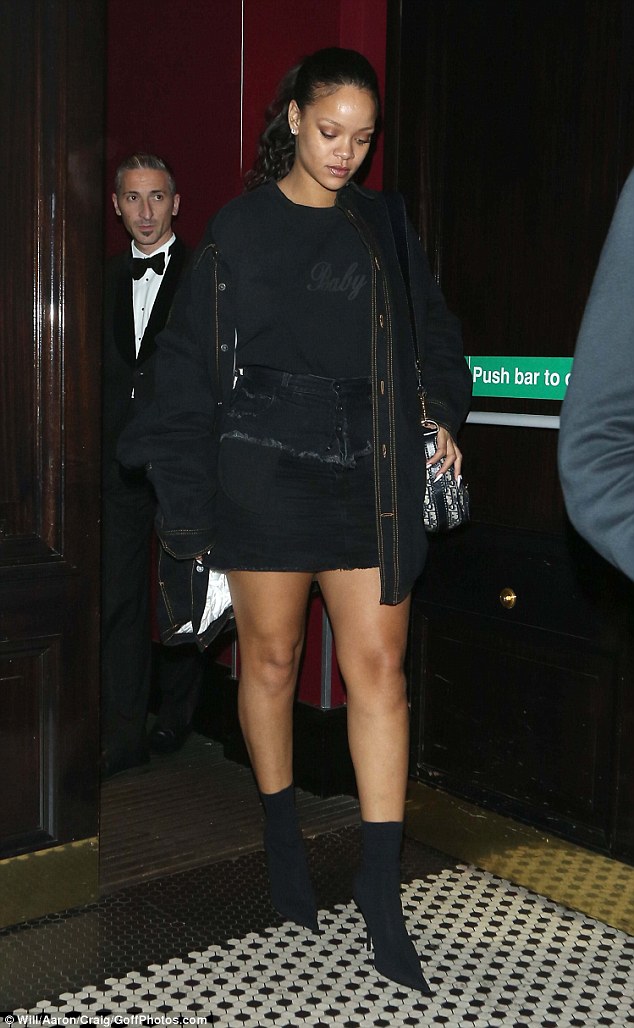 She then sat in her car for half hour before Hassan left out of the front door of the restaurant a 2.35am. Rihanna wore an all black, spilling her curves into a sweater and a mini-skirt, showcasing her pins. 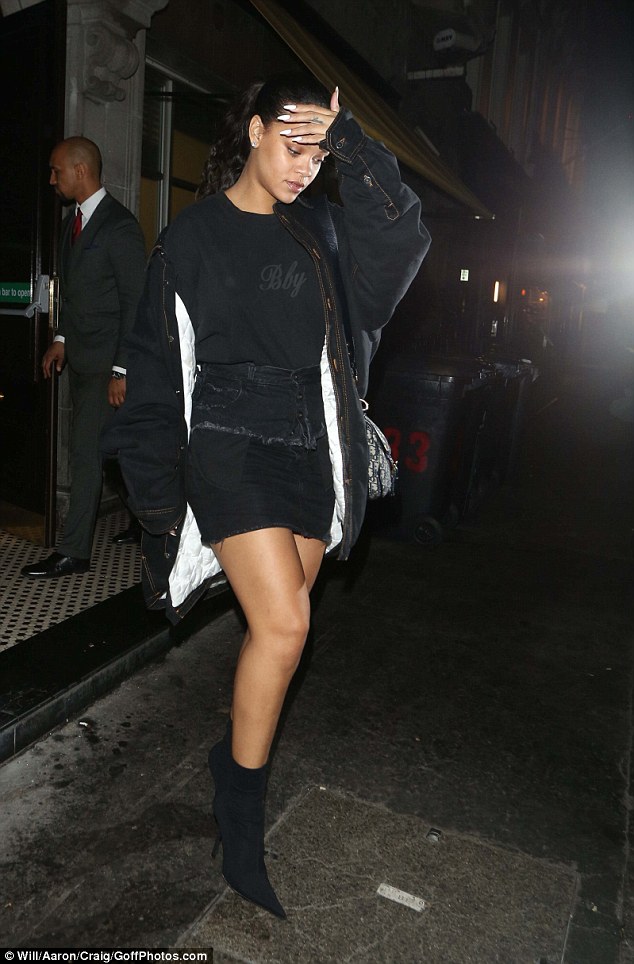 She wrapped a casual black coat around her and added a pair of this season’s trend sock boots, also in black. She carried a Dior bag – a brand affiliated with the singer who is the first black woman to front a campaign by the brand. The Rude Boy singer tied her raven mane tightly back behind her head and wore a fresh face of natural make-up, just a slick of gloss to her lips.

The billionaire kept a low profile with a baseball cap pulled lowly over his eyes. He looked casual in a T-shirt and jacket, jeans and converse in mud green.  She caused a stir after stepping out with Hassan in London earlier this summer. They were then spotted around the UK on various occassions, having supported her Roc Nation mentor Jay Z at V Festival on August 20.

The Barbadian is seemingly smitten with her beau, whose family have dealership rights to Toyota cars, after they were spotted getting got hot-and-heavy in a pool in Spain earlier this year. However, after months of romance, The Sun reported the handsome businessman was married before meeting the star as sources revealed he tied the knot with art expert Lina Lazaar at Paris Opera House in 2012 – yet both parties have now happily moved on.

Rihanna, who dated longtime pal Drake briefly in 2016, has kept her romance with Hassan quiet yet the beaming duo were seen on a grocery run in Ibiza in June – both looking at ease and happy together. Hassan is the deputy president and vice chairman of family business Abdul Latif Jameel – one of the biggest companies in the world. Rihanna is not the first of his famed romances as he was previously linked to Naomi Campbell. 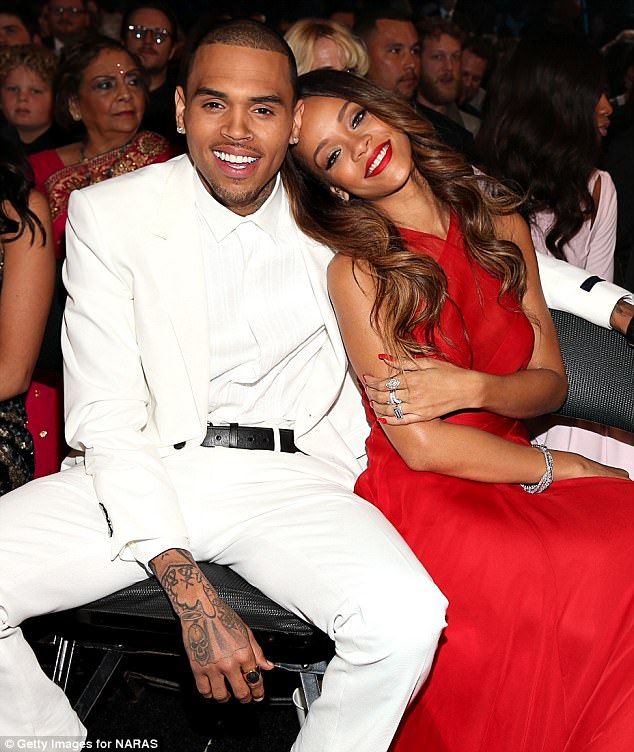 Meanwhile, Rihanna’s date night comes after her former flame Chris Brown opened up about their tumultuous relationship in 2009.  The rapper, 28, spoke about the incident in a new clip for his documentary, Chris Brown: Welcome To My Life, where he described how things took a turn for the worse after he came clean about his sexual past with a woman who once worked for him. Chris claimed that the confession came as a shock to the Barbadian singer, 29, after he had previously told her they were never romantically involved – causing their relationship to turn violent. Speaking candidly about the incident which made international headlines, Chris revealed: ‘She hated me. After that, I tried everything. She didn’t care, she just didn’t trust me after that.  ‘From there, it just went downhill because it would be fights, it would be verbal fights, physical fights as well. Mutual sides, it is the first time I get to say anything.’ 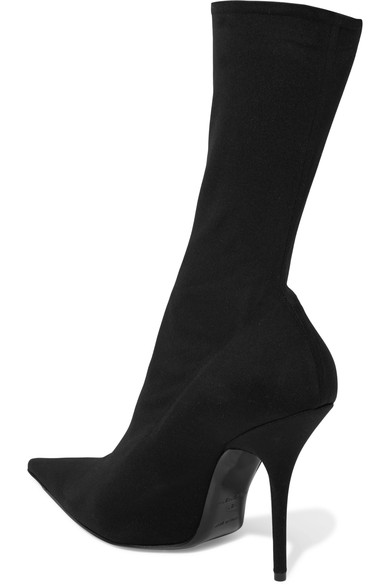 We love how sock boots fit neatly under this season’s narrow pants and straight-leg denim. Balenciaga’s pair is made from smooth satin with a hint of stretch for a sleek silhouette. The label’s signature exaggerated pointed toe is inspired by fetish shoes. 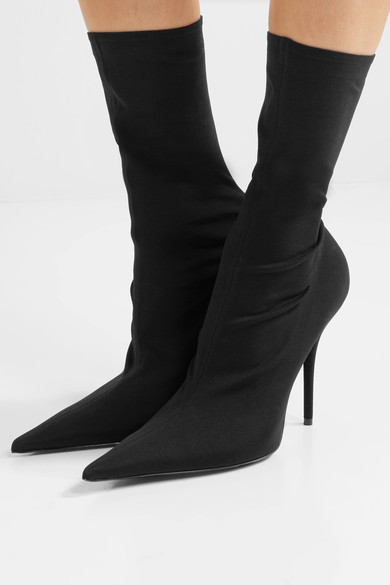 Whilst summer sees us searching for stylish sandals, winter is all about the perfect pair of boots. So why not get involved with this latest IT shape? 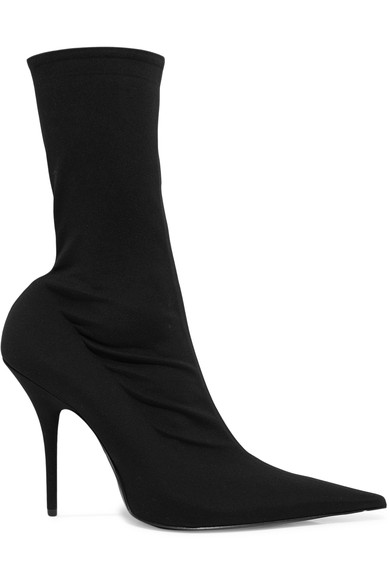 The good news is you can snap up Rihanna’s exact pair from Net-a-Porter (click ‘Buy’), or get the look for less with the high-street lookalikes in the edit below! 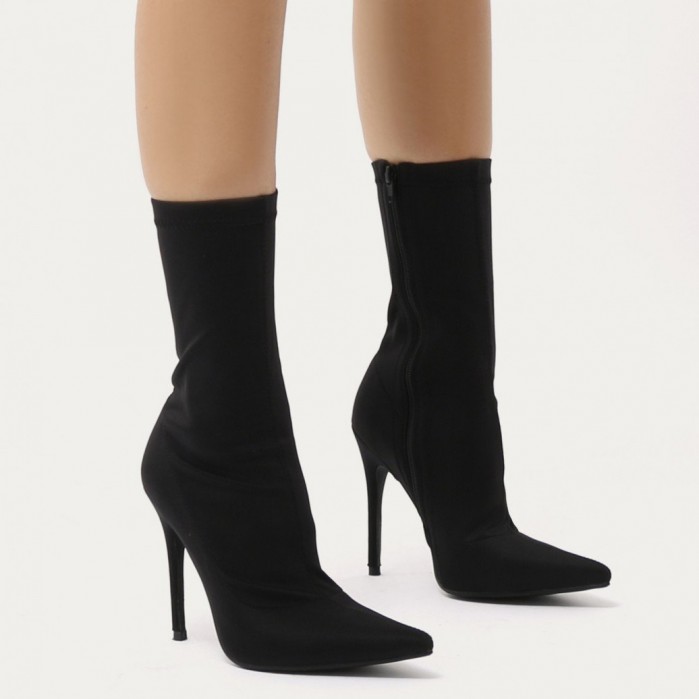 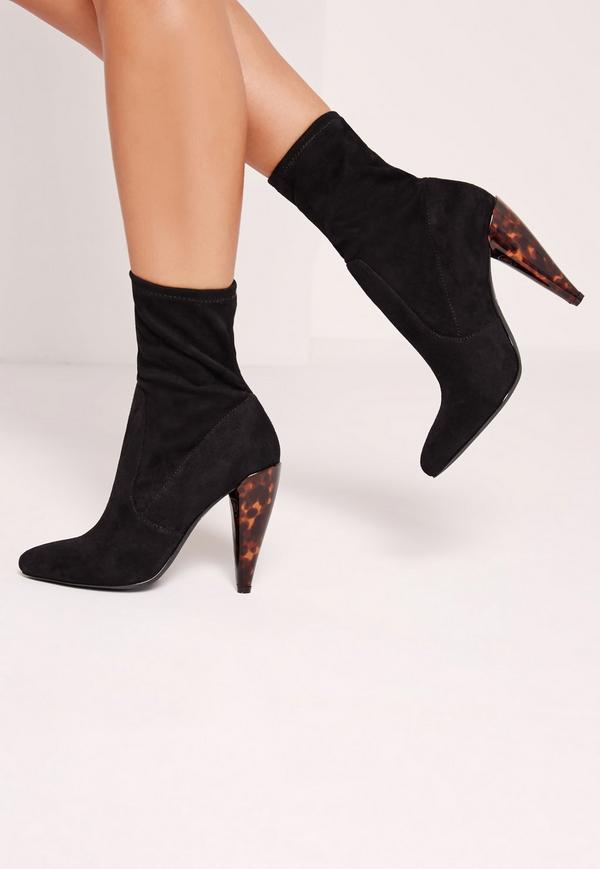