She recently hit back at cosmetic enhancement rumors following her stint on Celebrity Big Brother’s Bit On The Side. And Rebekah Vardy appeared to put the speculation behind her as she was in high spirits while attending the Motorsports party at the Zuma restaurant. Held in London’s upscale district of Knightsbridge, the 35-year-old I’m A Celebrity… Get Me Out Of Here! star ensured all eyes were on her in a thigh-skimming maroon skirt and a light-weight duster coat on Friday evening. 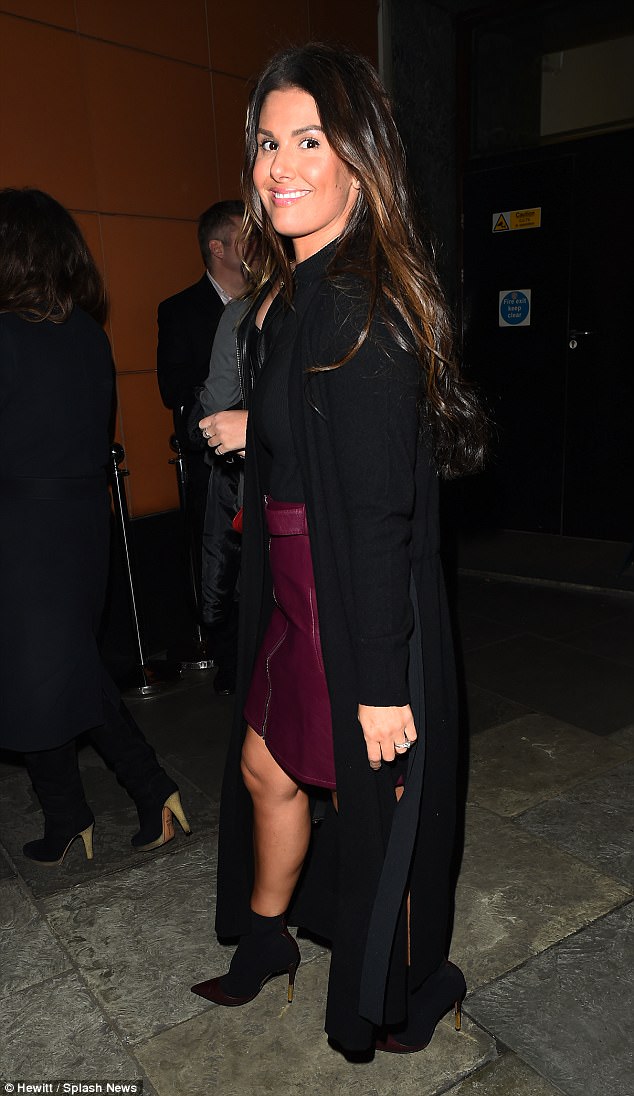 Stood on statement ankle boots with dark purple toe cap features, the WAG showcased her limbs in a leather skirt as she was spotted on her way to the event. She teamed her standout piece with a chic black duster coat and a matching jumper as her beaming jungle tan was on display. 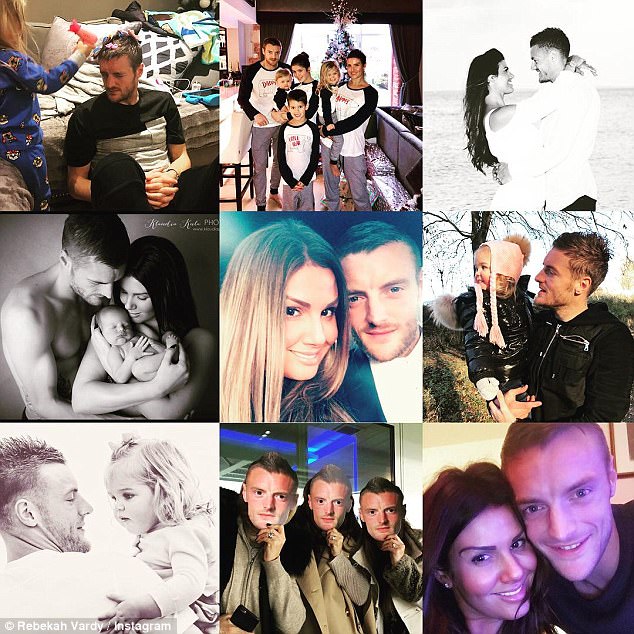 The mother-of-four opted for neutral toned makeup, as she enhanced her stunning good looks with peach blush, a glossy nude lip and lashings of mascara. Her luscious brunette mane was styled into gorgeous loose curls as she headed to the sports event. This appearance comes after the reality star took to Instagram to share a gushing tribute to her footballer husband Jamie, wishing him a happy 31st birthday. The full-time mum created a nine-strong picture collage to capture his milestone moment on Thursday, filled with candid loved-up of snaps of them together and with their children. 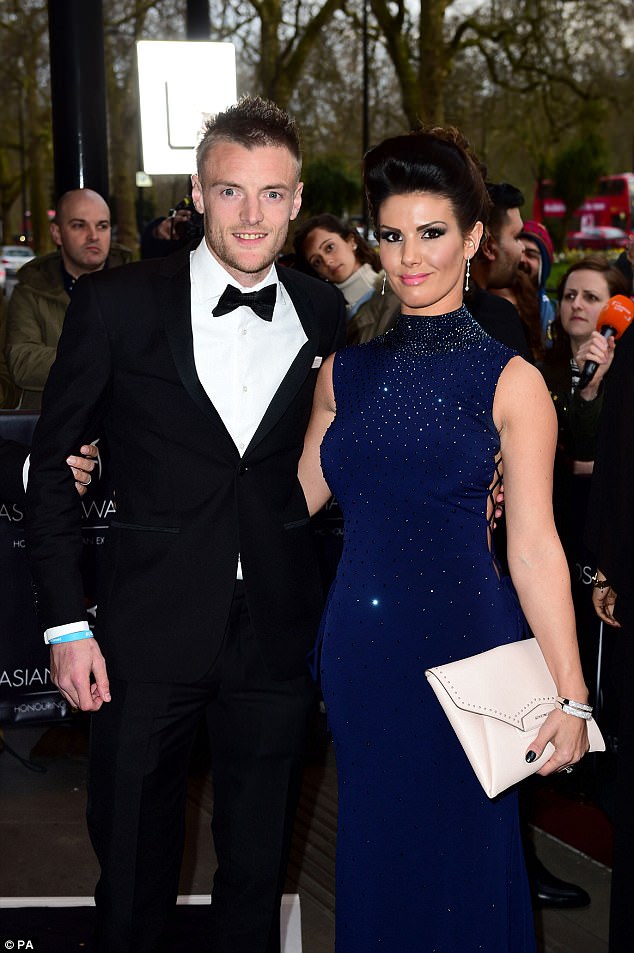 In one black and white photo, the pair gazed into each other’s eyes while clad in white. She also included a number of fun-filled pictures of the Leicester star with their little one Sofia and son Finley. The pair first met after Rebekah was hired to organise the Jamie’s birthday party in January 2014 and two-years later the pair tied the knot at Cheshire’s Peckforton Castle on May 25, 2016. The couple are parents daughter Sofia, two, and their one-year-old son Finley. The stunning brunette is also parents to daughter Megan, 11, and son Taylor, six, from a previous relationship. 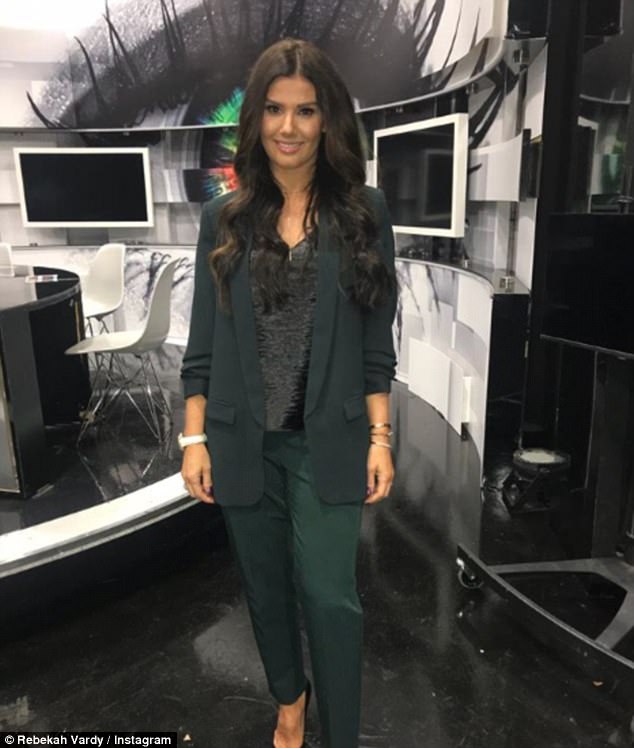 Rebekah, meanwhile, has proved she’s not shy of facing up to her social media haters after returning from I’m a Celeb, and she hit back at her haters once again after her stint on CBBBOTS. Viewers took to Twitter to discuss Rebekha’s overly glamorous appearance on the programme, to ask if she had anything cosmetically enhanced, with one commenting: ‘Is it me or does Rebecca Vardy look completely different?!’ Not happy with the claims of plastic surgery, Rebekha took to her Instagram page to share her time on the CBBBOTS and to set the record straight. The photo shows a beaming Rebekha on set of the CBB after-show, with the caption: ‘Loved being on BBBOTS last night…and just for the record NO I’ve not had cheek fillers and I haven’t even had any Botox for over 6 months. Give me a break!’ 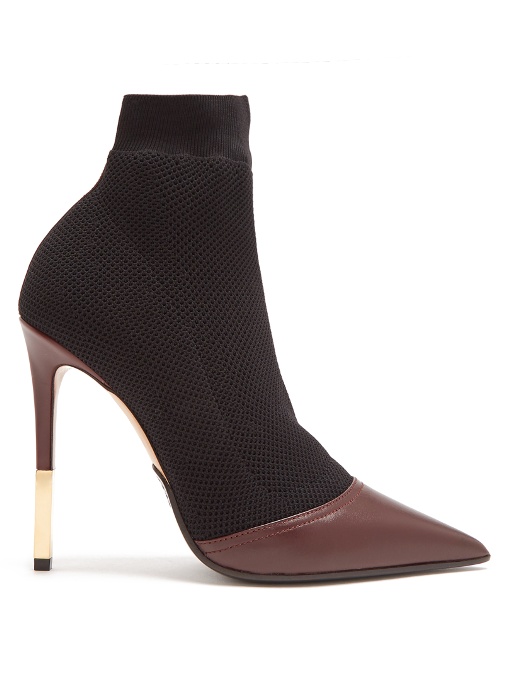 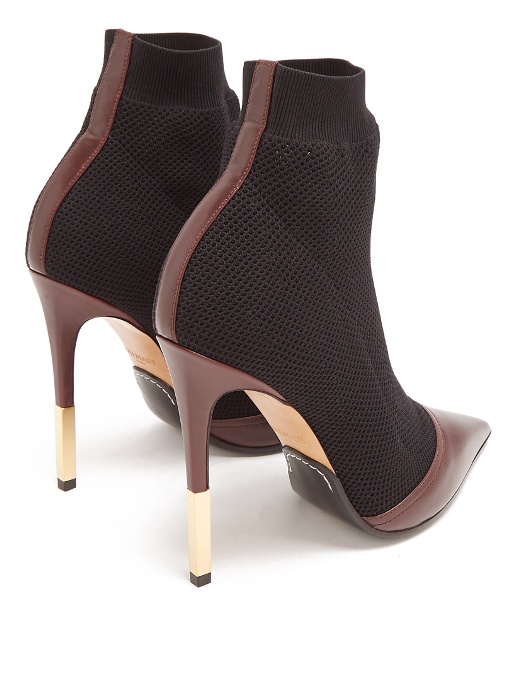 These luxe boots are from Balmain (but don’t be put off by the designer label – they’re currently in the sale!) and can be shopped online by clicking right. With a super skinny stiletto heel and on-trend point toe, these boots will get you all the attention! 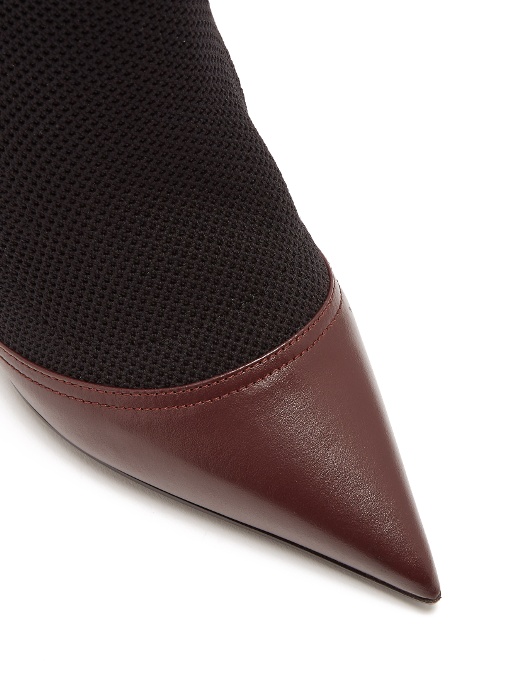 Love the trend but want it for less? Make sure to check out our edit below! Full of stylish options all at lower price points, it’s never been easier to shop like a celeb. 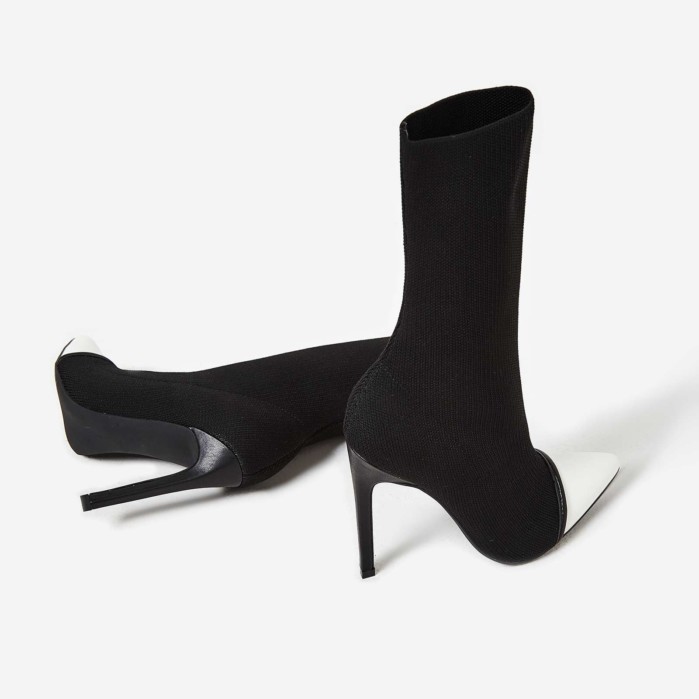 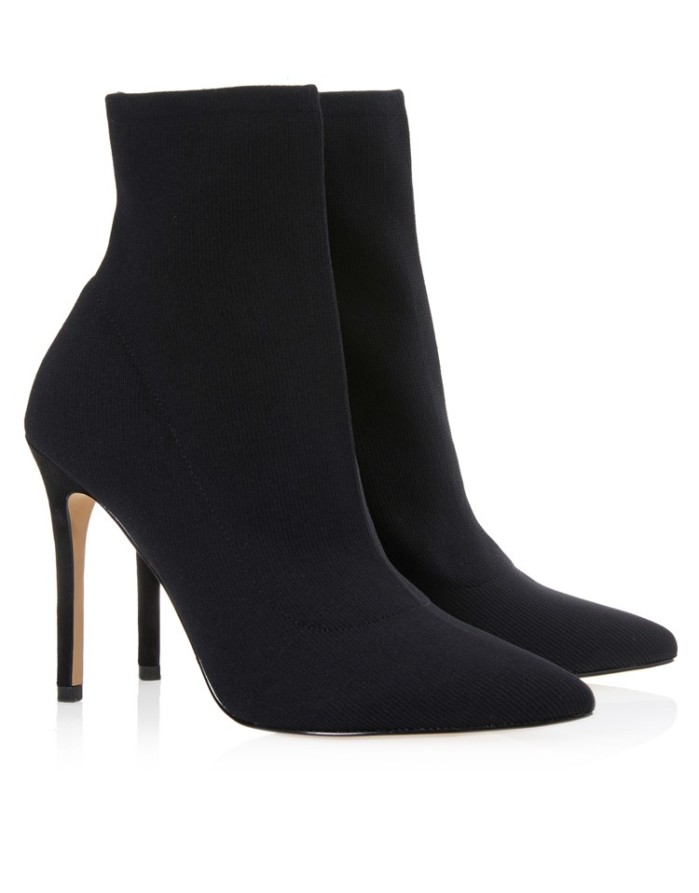