Busy Philipps shows off her slim figure in skintight denims as she steps out for a day of pampering at massage parlor. She’s been busy working on her latest comedy Vice Principals. So Busy Philipps took a bit of well-deserved time off for herself on Wednesday and indulged in a massage at The Now spa in West Hollywood. The 37-year-old actress stepped out in a pair of skintight jeans which showcased her slender figure during her tranquil afternoon. 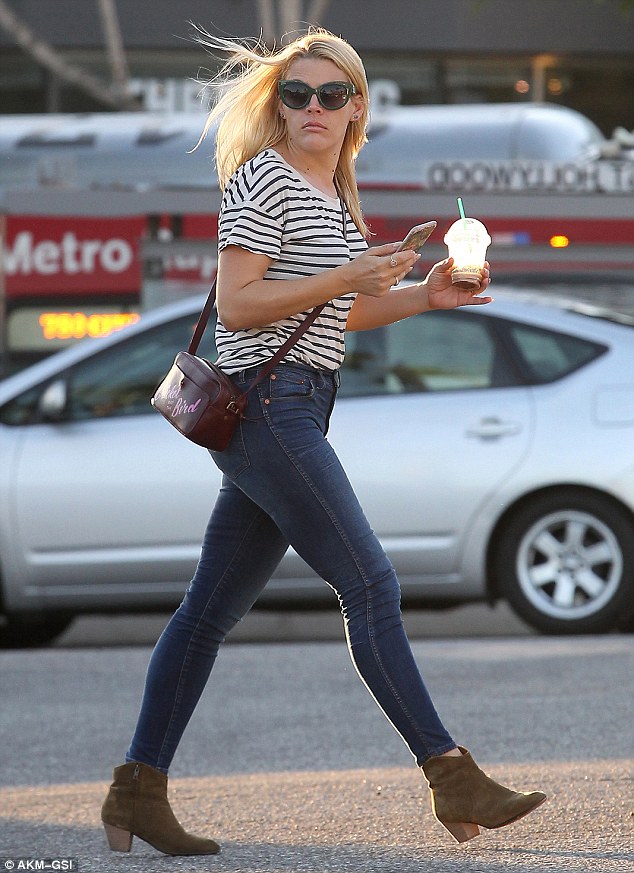 The former Cougar Town star tucked a nautical-themed striped crew neck shirt into her denims which further highlighted her flawless physique.  A pair of suede taupe heeled ankle boots added a bit of extra height to the blonde beauty. 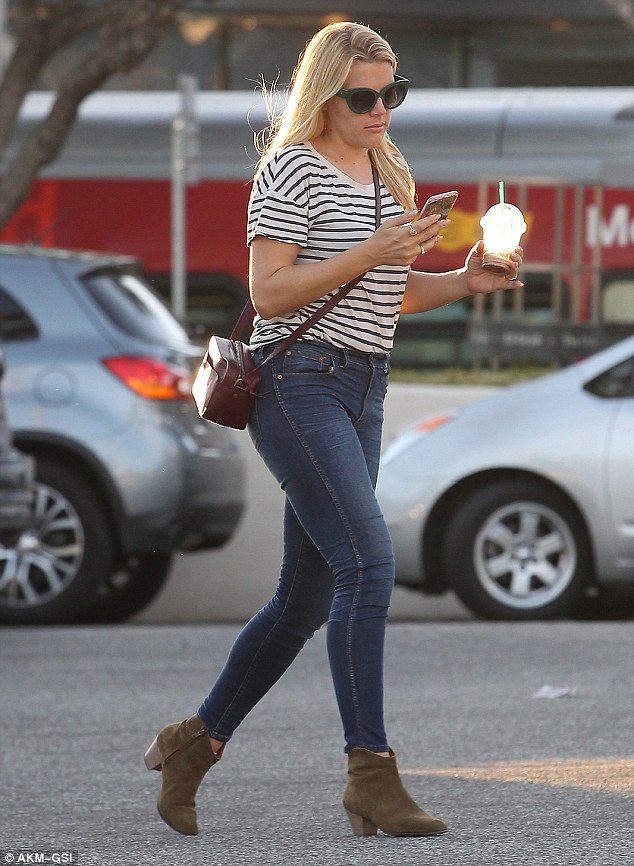 She wore a pair of oversized emerald green-framed shades which concealed the actress’s piercing blue eyes. The bubbly actress left her signature blonde stresses styled straight and tucked behind one ear. Busy opted for barely there cosmetics, allowing her youthful complexion and natural beauty to shine through. The Dawson’s Creek alum indulged in some post-Christmas R&R without her screenwriter husband, Marc Silverstein, or their two daughters – Birdie, aged eight, and Cricket, three. She was spotted carrying a small burgundy shoulder bag that slung across her chest. It featured such a specific design that it seemed too perfect to be coincidental, especially given the distinct quality of her daughters’ names. 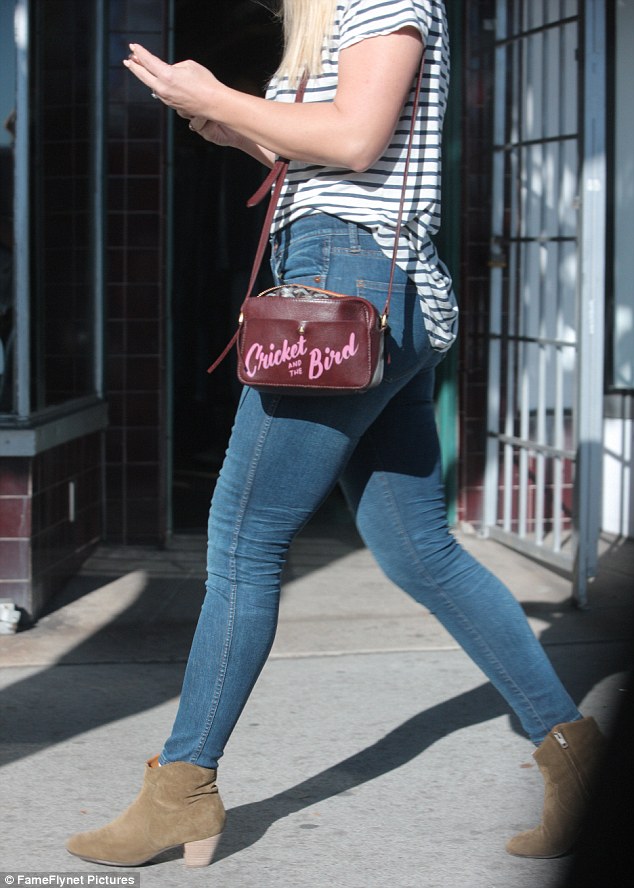 ‘The Cricket and the Bird,’ the purse was emblazoned with across the side in bright pink handwriting. The mother-of-two has caught flack for the noteworthy names in the past, prompting her to address naysayers with a tweet in July 2013, just a few days after Cricket’s birth. ‘It’s weird people think my kids will be in therapy because of their names. Guys, my kids will be therapy for LOTS of reasons, I’m sure,’ she chaffed.

Meanwhile after Busy’s hit show Cougar Town was cancelled last year, she has been working on the HBO comedy series about a team of vice principals who call the shots at their high school. Busy plays Gale Liptrapp, the ex-wife to one of the vice principals, Neal Gamby, played by Danny McBride. 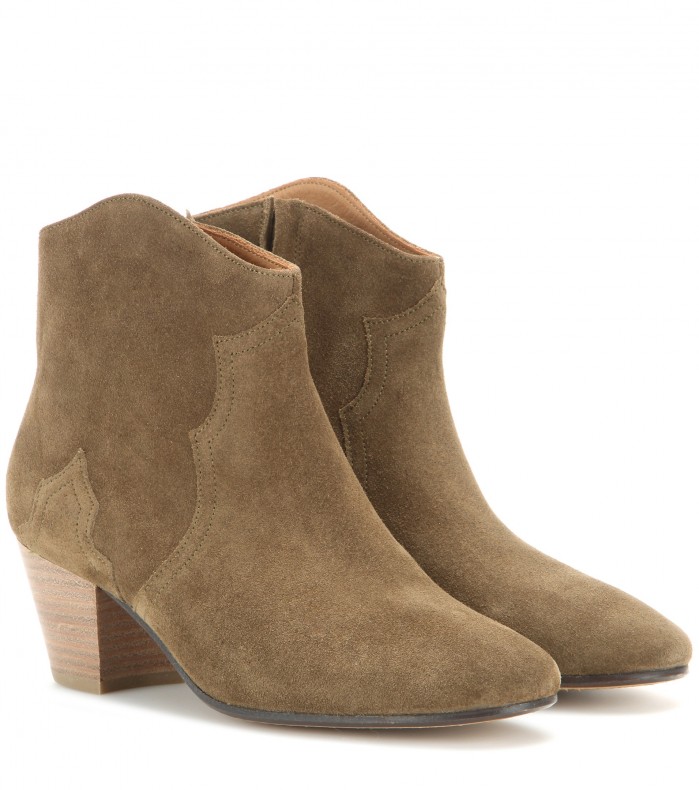 Punctuating a Western aesthetic with a hint of Parisian esprit, Isabel Marant Étoile’s Dicker boots are for all four seasons. The stacked heel keeps comfort at the forefront of the design, while the brown hue makes them a versatile option. Style with everything from skirts to denim. 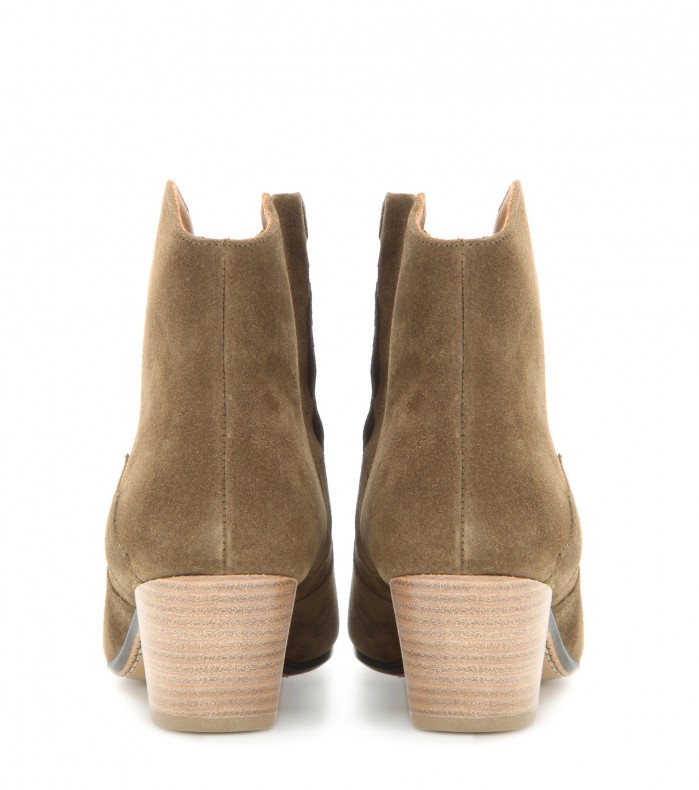 These calf leather, round toe and Zipped side ankle boots will surely take your heart away. 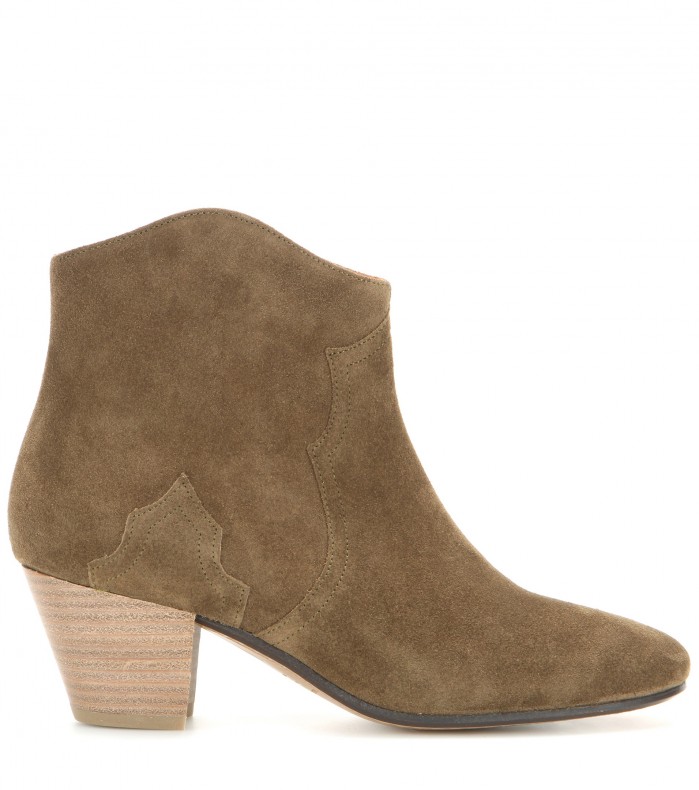 If you are looking for some low cost boots, head to our edit below and check out the lookalike styles. 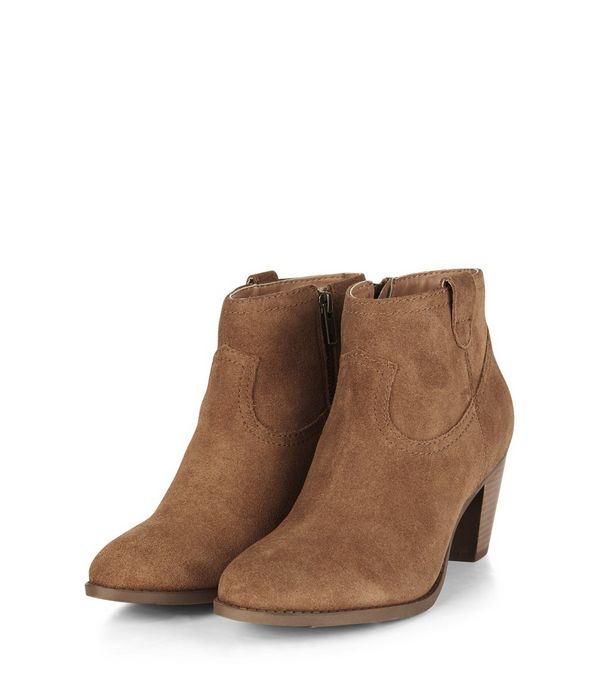 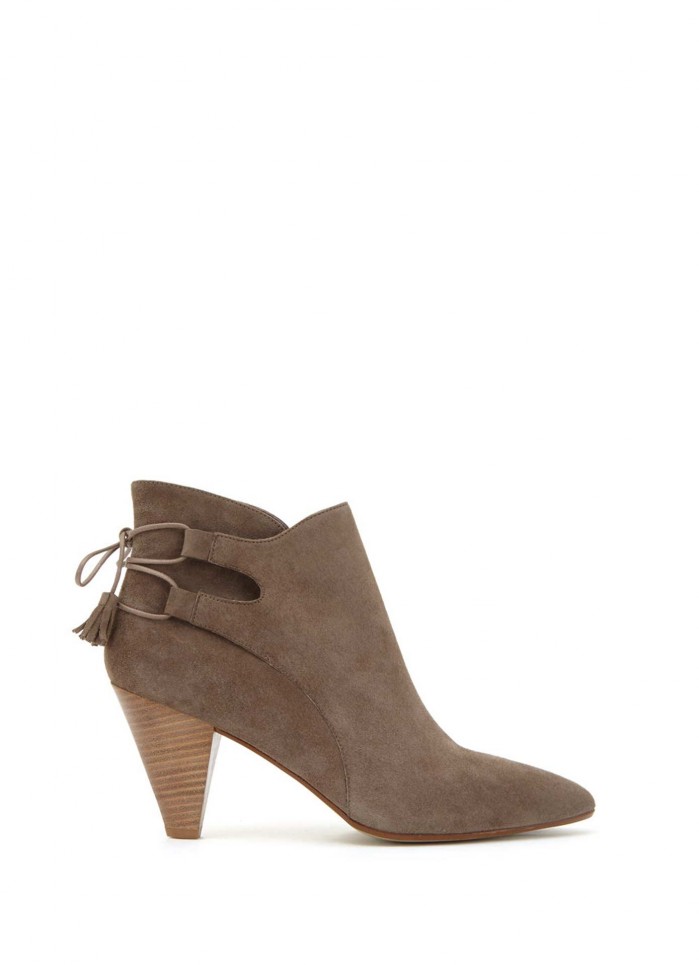