Prince Harry and Meghan Markle have made a surprise trip to Northern Ireland as part of their pre-wedding tour of Britain. Belfast crowds were given the shock of their lives as the pair arrived unannounced in the city, before going on a walkabout in the city centre, visiting the iconic Crown Liquor Saloon, a science park and Titanic Belfast museum. 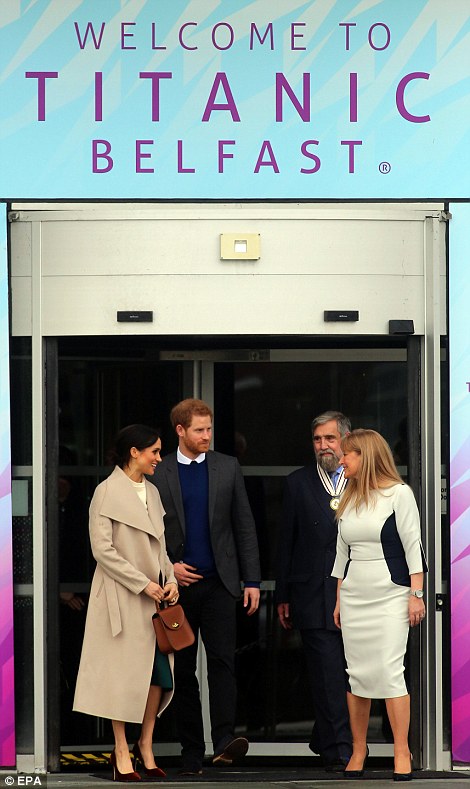 The Prince and his bride-to-be met with some of Northern Ireland’s brightest young minds as they spoke with entrepreneurs and innovators on their surprise visit to Belfast today. 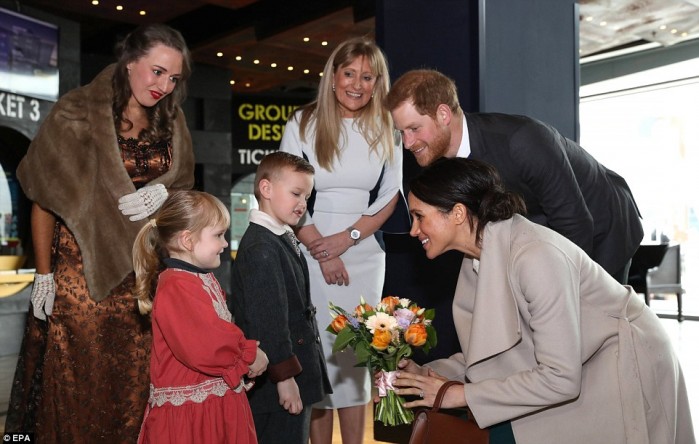 There they were presented with a replica of Titanic and flowers by Leyton Jackson, 6, and his sister Rosie, 4, before being shown around the museum by its chief executive Judith Owens. The bride-to-be praised the warmth of the Northern Irish people, commenting: ‘It’s been lovely. Everyone has been so warm and friendly.’ 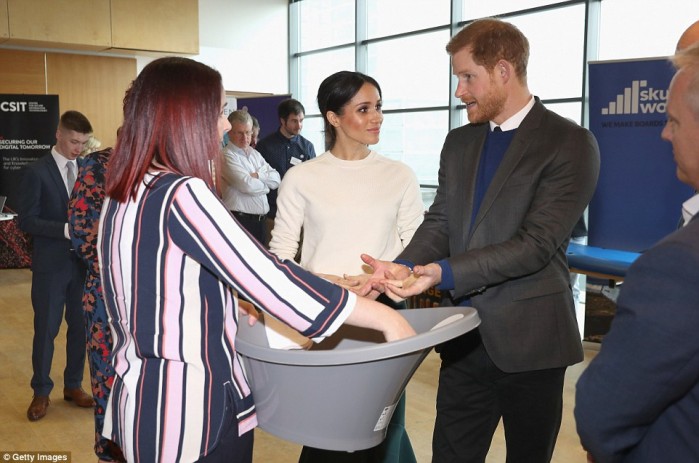 During a visit to the Catalyst Inc science park, Meghan, 33, made it quite clear she and Harry, 36, are already planning their first child. Gesturing towards an innovative baby bath made by a Northern Irish firm she quipped : ‘I am sure at one point we will need the whole thing.’ The royal trip, the couple’s first official joint one to Northern Ireland, also saw them learn the history of the doomed Titanic, visiting a Belfast visitor attraction telling the passenger ship’s story. 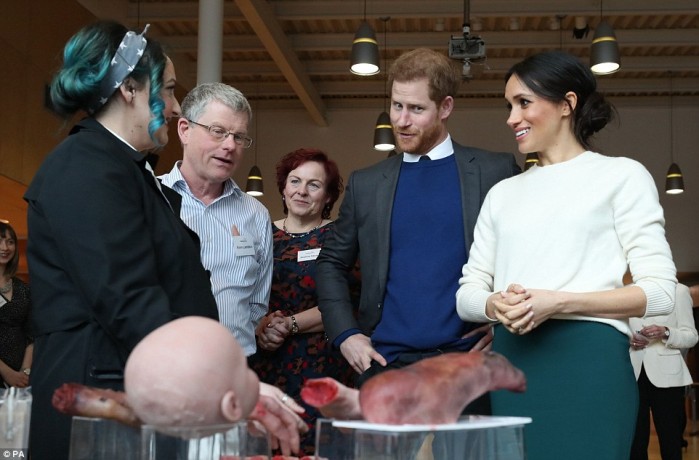 The Prince grimaces at prosthetic limbs made by made by the Titanic FX company during a visit to Catalyst Inc science park in Belfast. 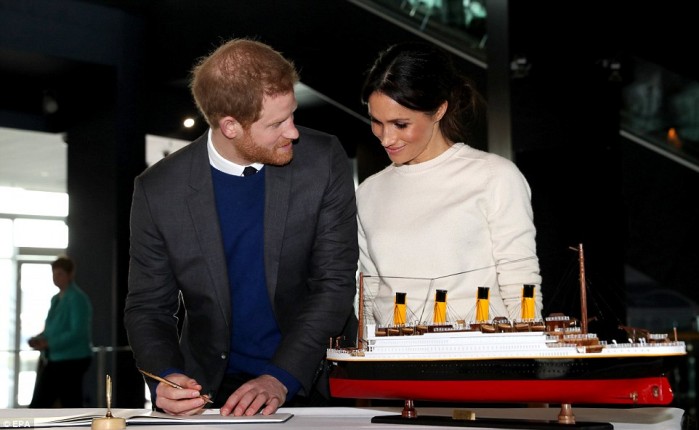 Prince Harry looks lovingly at his bride-to-be as they sign the visitor book at the Titanic Belfast Museum following their trip. 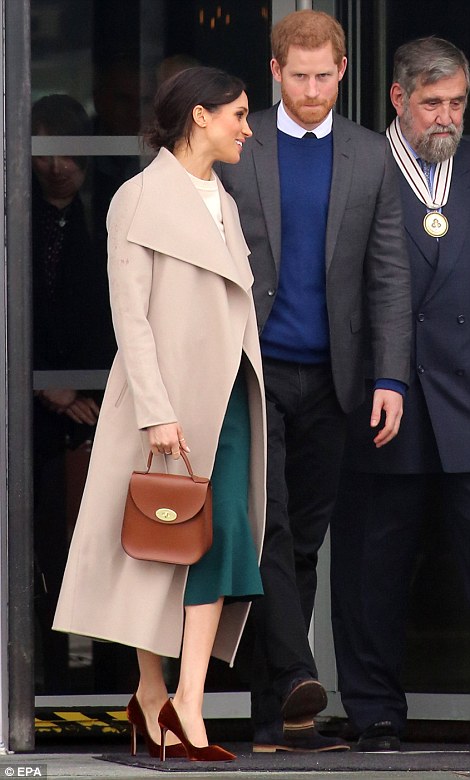 Meghan Markle wowed in cream, grey and green, while her fiance Prince Harry went for darker colours, including a blue jumper. 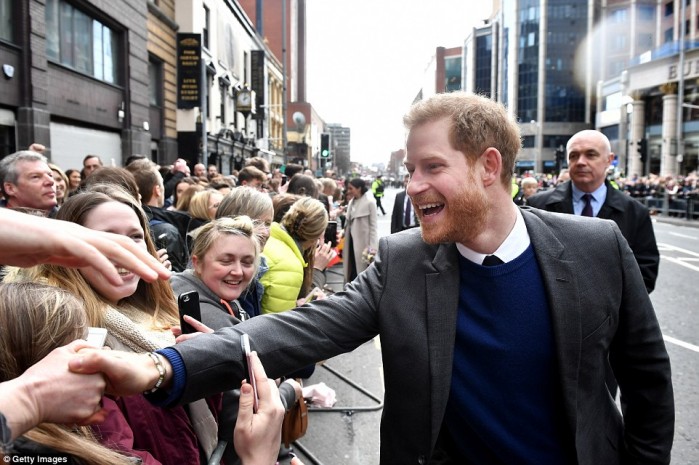 Adoring crowds turned out in their droves to greet the royal couple who shook hands and took pictures with the people of Belfast. 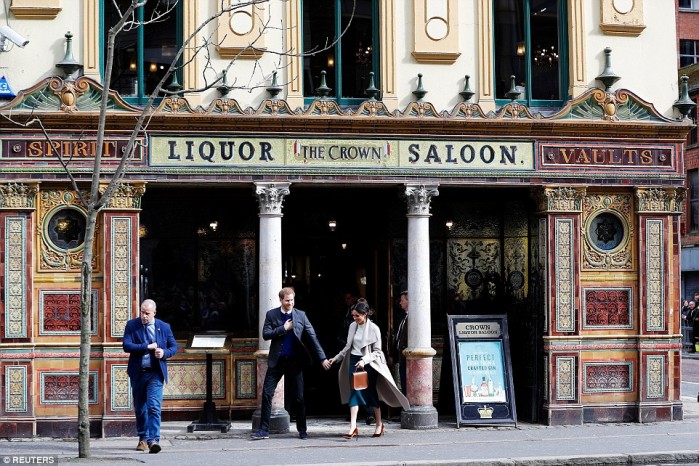 The royal couple waved to the ecstatic crowds after heading inside the major landmark where they met bar staff, local musicians and had a Irish stew lunch, including a tutorial on how to pull the perfect pint of Guinness. 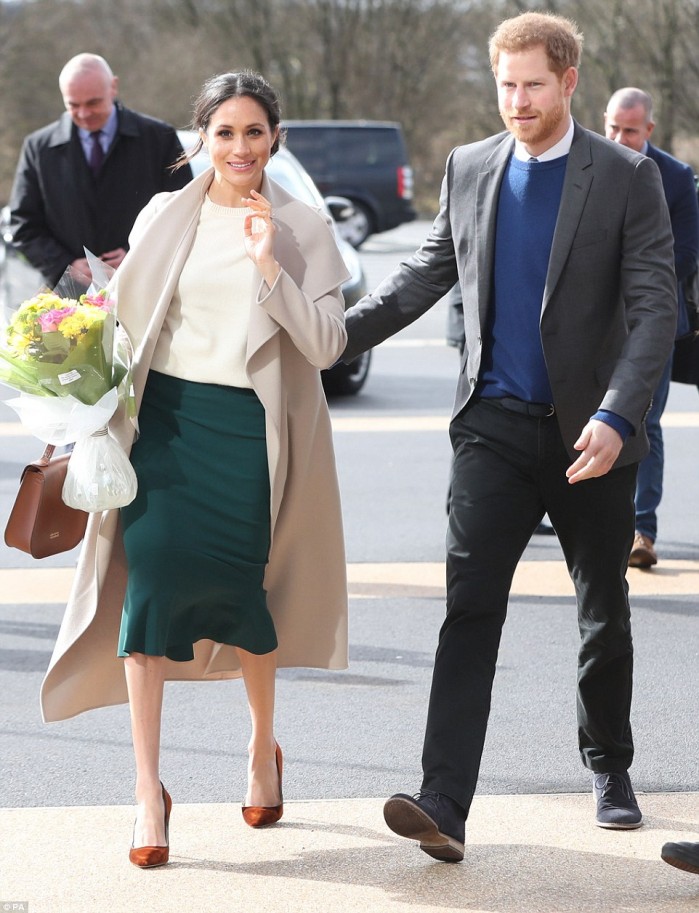 The couple are on the latest leg of a tour of the UK that has already taken them to major centres like Edinburgh, Cardiff and Birmingham. 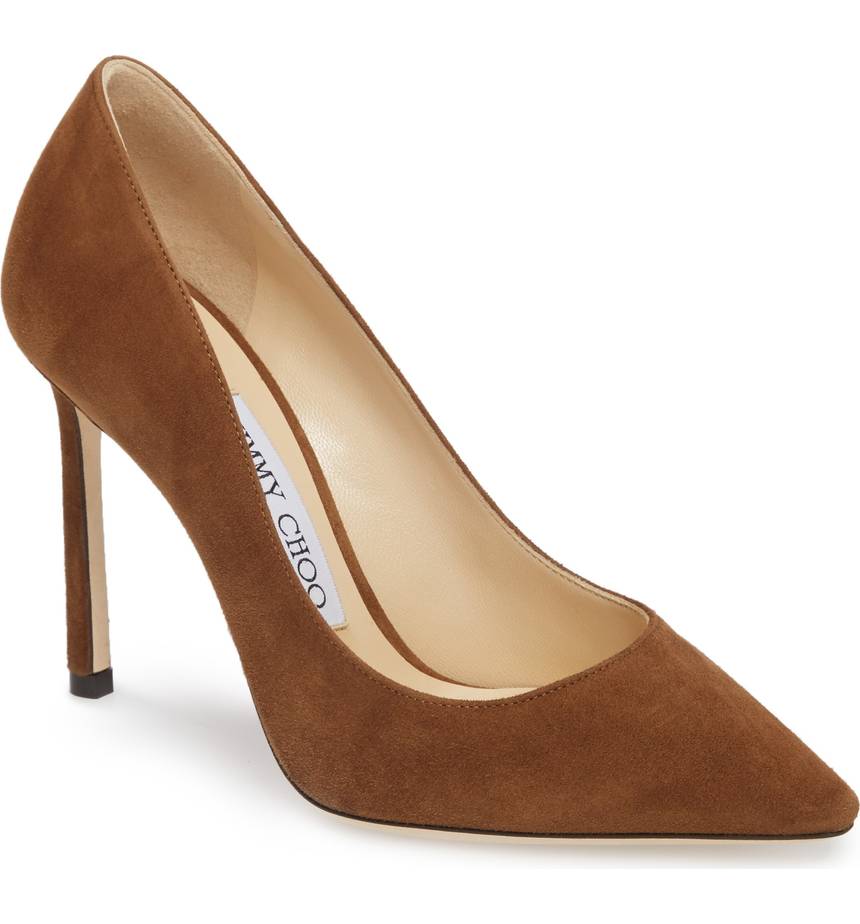 Meghan Markle and Prince Harry attended a surprise tour of Belfast today and all eyes were on Meghan and her well put together outfit. Fans went wild for her Mackage coat, that sold out in an hour, and which she styled with a Greta Constantine skirt and Victoria Beckham cashmere sweater. Meghan finished off her look with a Charlotte Elizabeth bag and these beautiful pumps by Jimmy Choo. 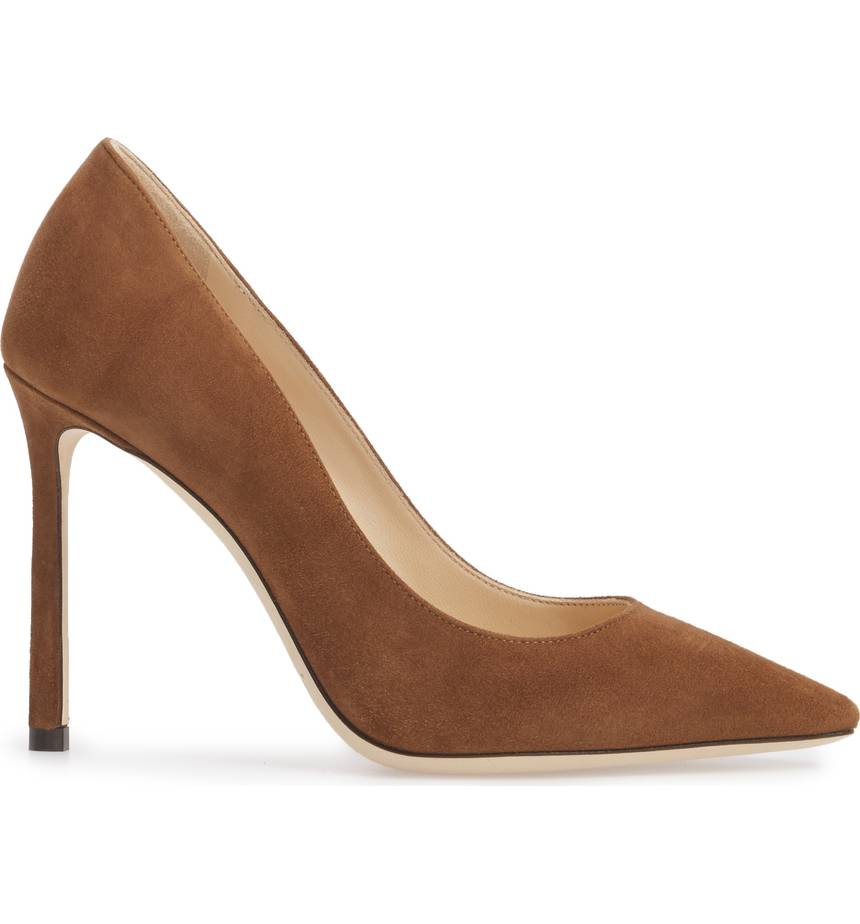 We never see Meghan without a heeled pump and these burnt orange velvet heels go perfectly with her bag. Meghan’s exact pair are not available to buy just yet but click right to shop a very similar color. 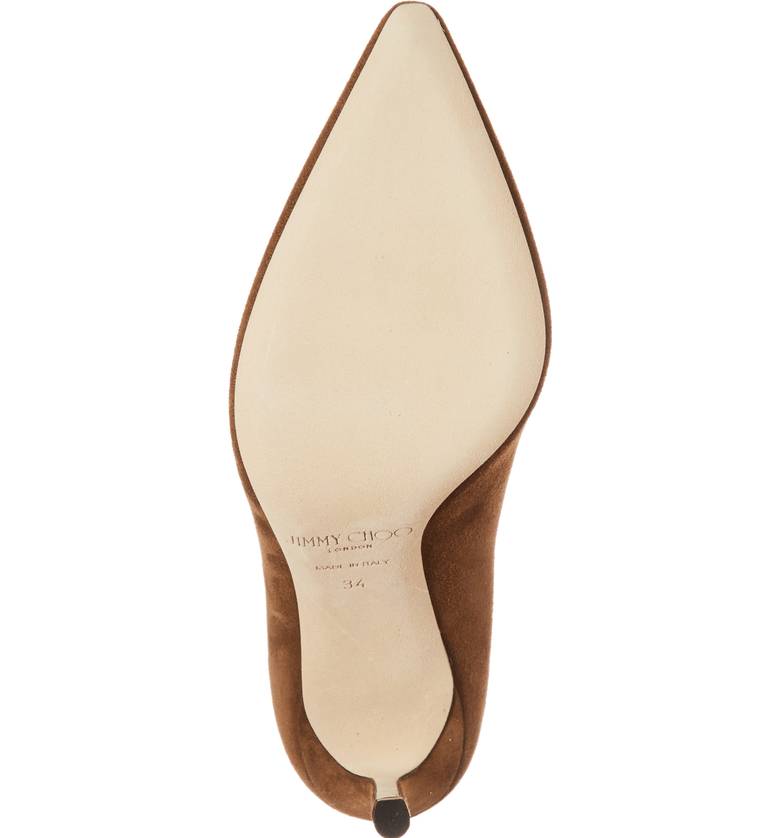 If you want to put your best foot forward then step out in style with one of our picks via the edit. Prada have a spitting image pair at NET-A-PORTER or go for Jasper Conran. 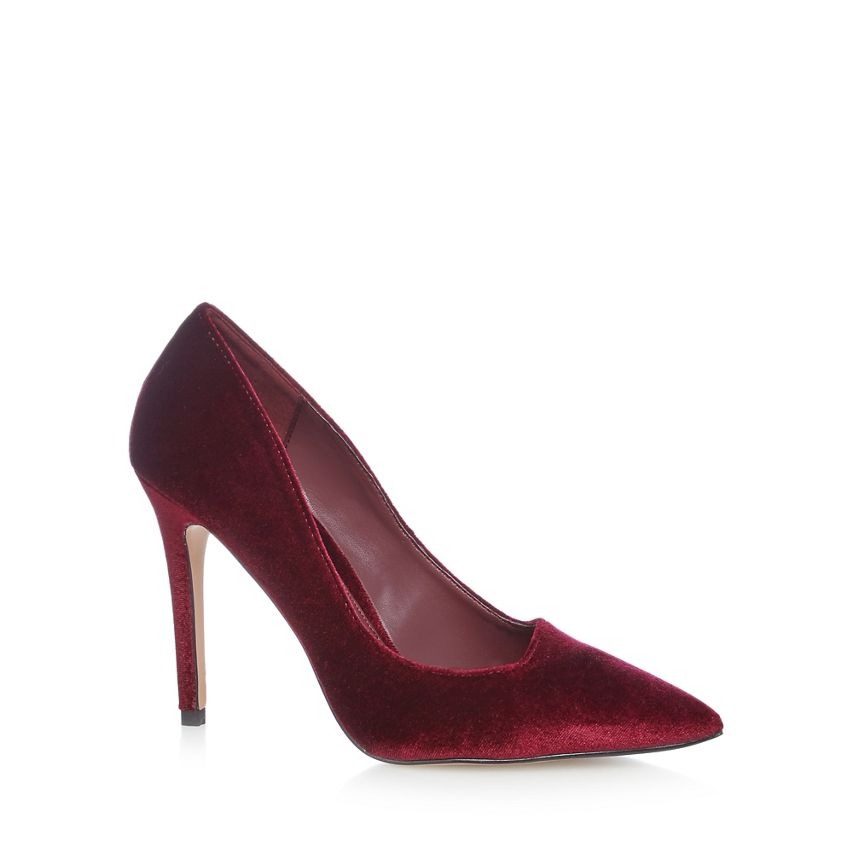 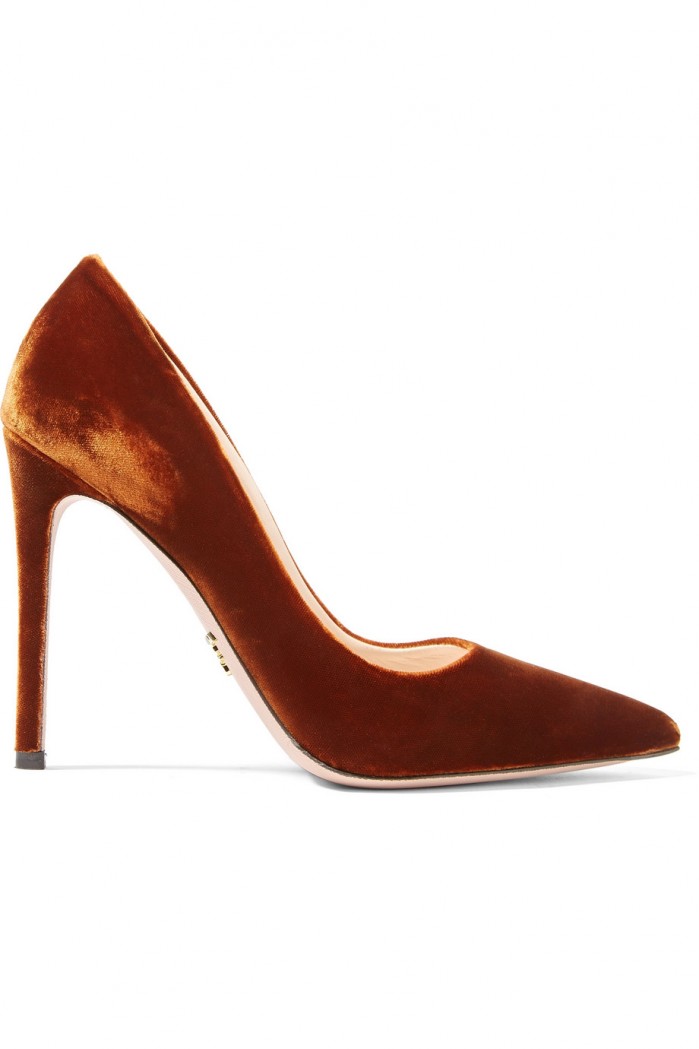