Had she not already revealed she was expecting a boy, one might mistake Jamie Lynn Sigler’s choice of shirt as a sign of the opposite on Wednesday.  The pregnant 36-year-old actress stepped out in a pink tank top for a casual morning meeting at an office building. She paired the top with denim cut off shorts and navy sneakers. 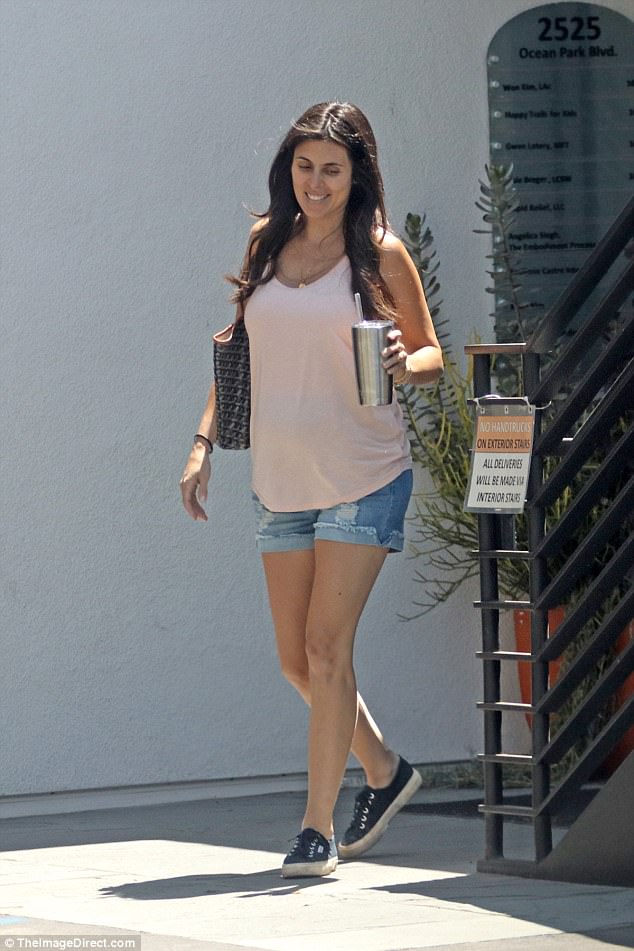 The former Sopranos actress went makeup free for the outing, showing off her natural beauty. 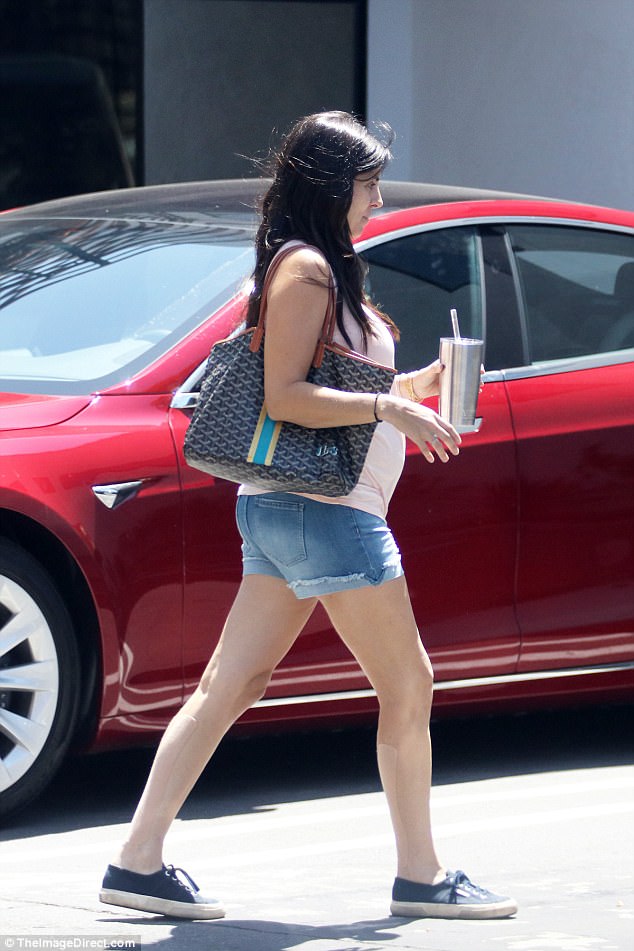 Jamie Lynn’s long brunette locks were worn down straight with a middle part for the no-fuss day of errands. She kept hydrated with a large silver cup as she made her way to her car. 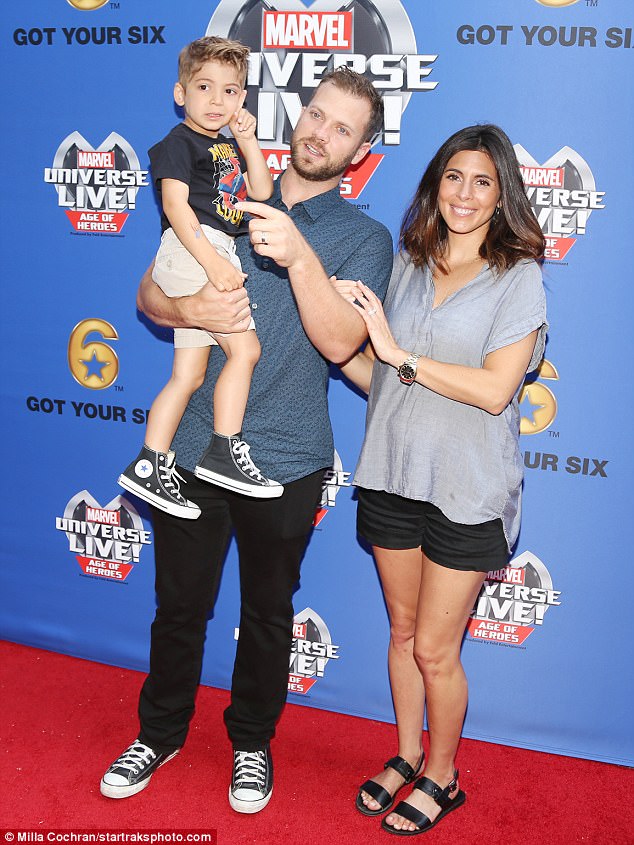 he mom-to-be carried a bit of luxury with her, sporting a Goyard canvas bag, similar bags retail in for over $1k.  Sigler, who has an estimated net worth of $25 million will star in next months movie Justice. The film also stars Jackson Rathbone, Nathan Parson and Stephen Lang.

She announced the joyous news that she is pregnant with her second child on Instagram in late July. The actress, who is four months along, posted a snap of the moment she found out. She is married to baseball star Cutter Dykstra and they have a son Beau together. ‘This is the actual pic I sent my husband this past Mother’s Day while lying on the bathroom floor,’ she wrote beneath the photo of her shocked face, beside five positive pregnancy tests.

‘I had just returned from Israel, was jet lagged, and didn’t believe my eyes. So had to obviously be @Clearblue 5x over sure. We are SO excited to announce the #ClearblueConfirmed arrival of another little one in just a few short months. The beauty, who suffers from Multiple Sclerosis, expressed fears to not being able to get pregnant because of her condition. 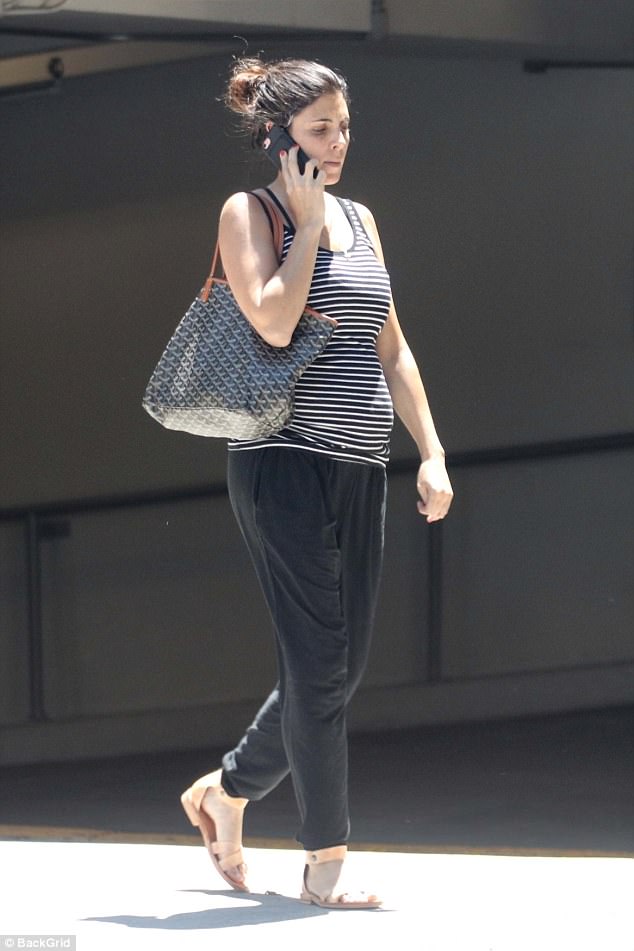 After announcing the news of her pregnancy, she showed a hint of a baby bump as she stepped out in Los Angeles last month. 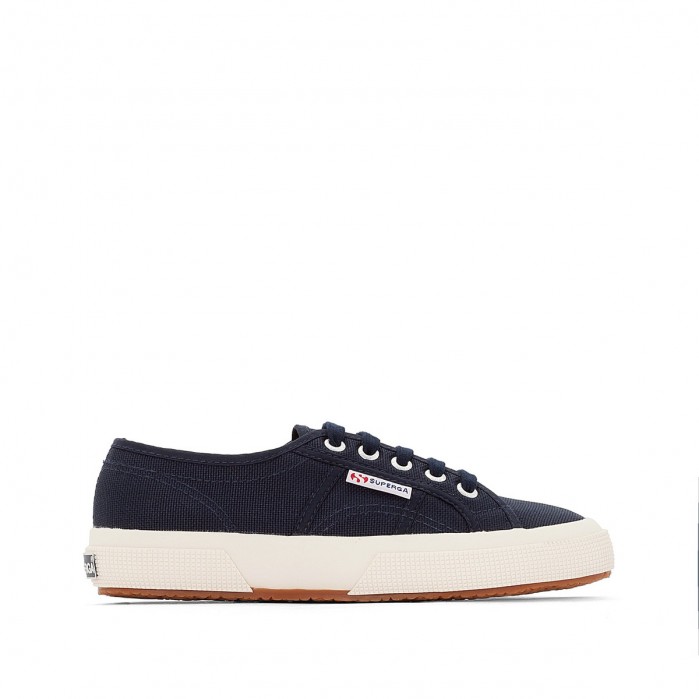 Designed in 1925, the legendary Superga 2750 is a wardrobe must-have. We love the sleek lines, the comfortable cotton uppers, padded cushioning and vulcanised rubber sole. Superga trainers have enjoyed an explosion of popularity lately. It’s not just thanks to this season’s athleisure trend, which has gives sporty pieces a fashionable new status, but it’s also The Kate Effect…

After The Duchess Of Cambridge stepped out in her Supergas, it gave them the ultimate royal seal of approval. Every time Kate has more of a casual event to attend they’re her ultimate shoe of choice, along with a whole load of other celebs of course. 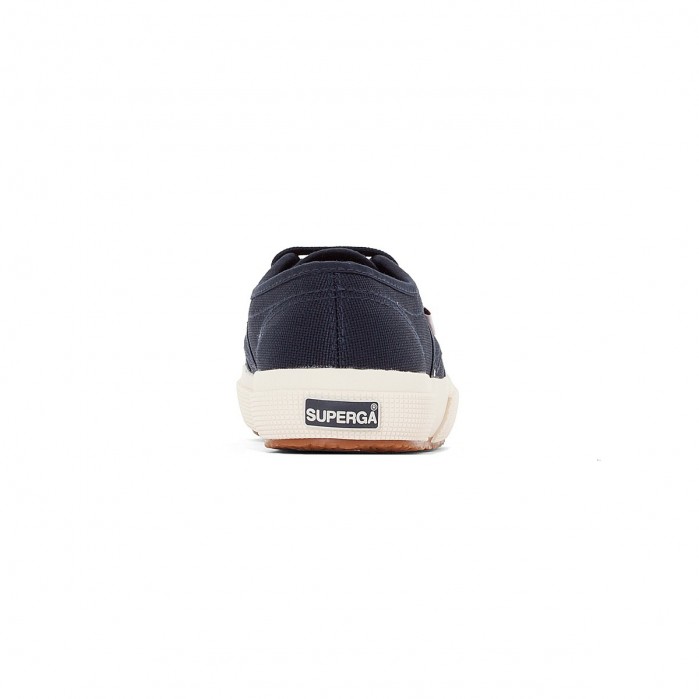 Jamie Lynn Sigler is the latest star to get involved, keeping nice and comfy during her pregnancy in a classic navy blue pair. We’re always keen for any item that marries comfort, style and on-trend appeal, and Supergas certainly have it all.

Click right to get some for your own, or kick back and shop around with even more sporty picks below… 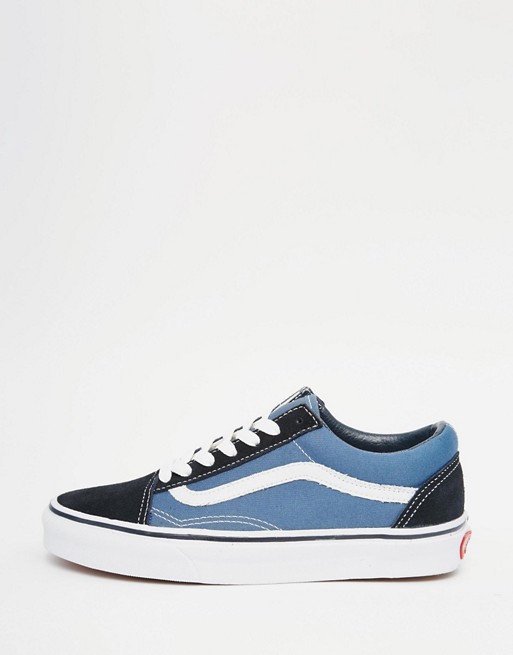 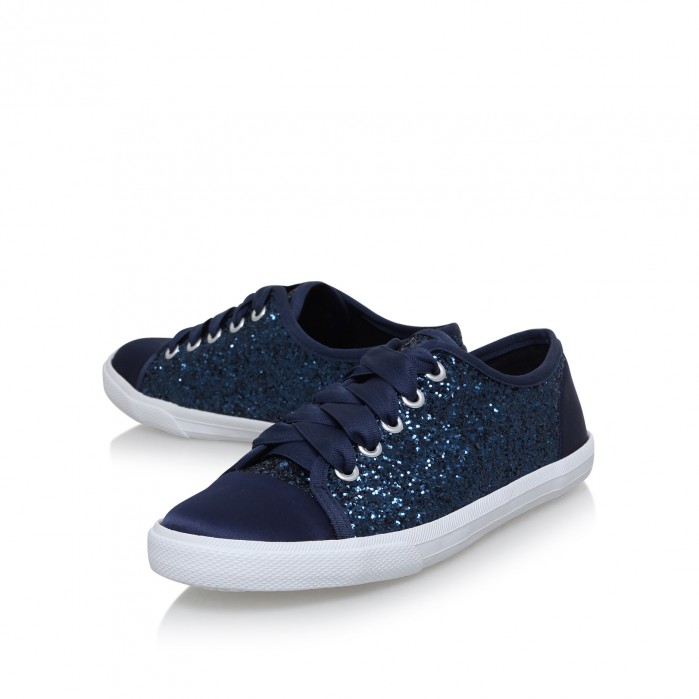