Coleen Rooney gave fans the biggest sign yet that her marriage is in trouble as she ditched her wedding ring as she stepped out in Cheshire on Wednesday. The 31-year-old WAG – who is pregnant with her fourth child – flashed her bling-free hand on the outing in the midst of her personal woes, after her husband Wayne, also 31, was found guilty of drink-driving after enjoying a night out with party girl Laura Simpson. The pretty brunette seemed pensive on her solo outing, which comes after she was slammed by trolls over the amount of holidays she takes in the year – a topic which was reportedly a sore point with footballer Wayne. 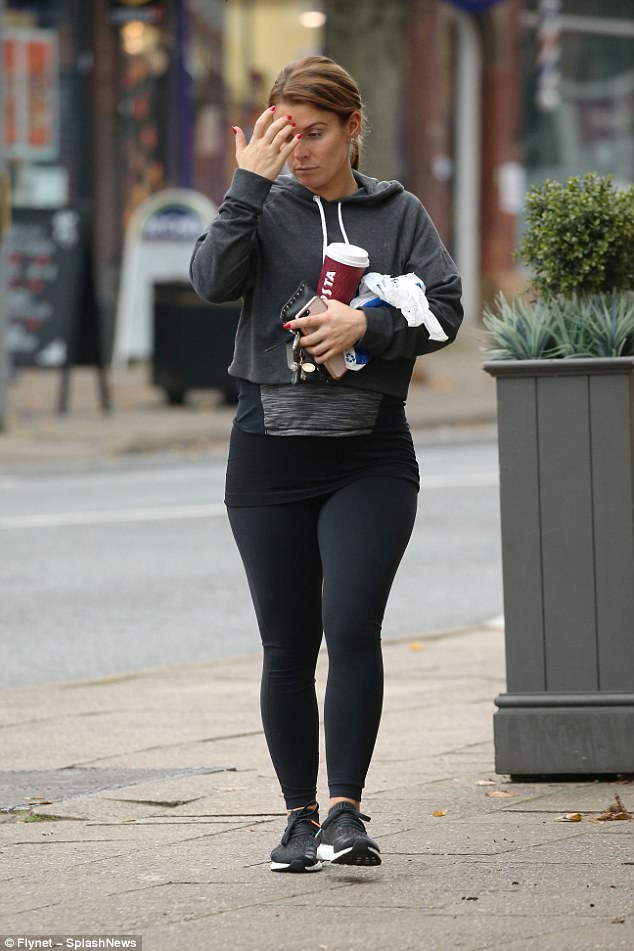 Shrouding her blossoming baby bump, Coleen opted for a grey hoodie that she teamed with black leggings and trainers. Opting for a neutral make-up palette, the star showed off her flawless features, whilst she swept her glossy locks back into a ponytail. Coleen’s outing comes amid claims she is whisking her three children away during the half term holidays, for what will be their seventh trip abroad in 10 months. 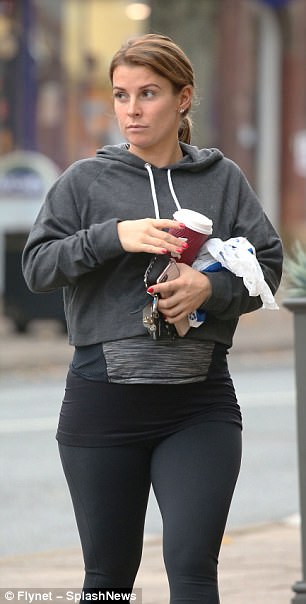 The star, who is pregnant with her fourth child, reportedly plans to jet to Barbados next week without husband Wayne, in a bid to escape her personal woes.

Coleen defended herself on social media, saying: ‘7th Holiday??? ….. I thought it was more than that!! ‘Half term with the kids…. hope you all enjoy yours & make lots of fun memories. (sic)’ 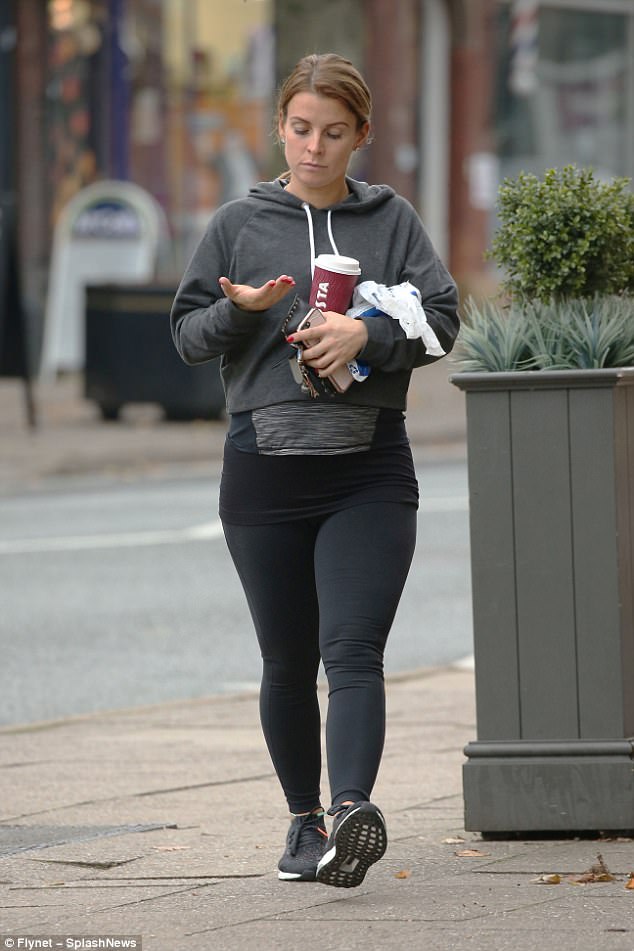 Coleen has already been on trips to Barbados, Ibiza, Portugal, Greece and Spain this year.  It was previously claimed Wayne has accused her of spending too much time away from the family home. She is now thought to be heading off for a half term holiday with sons Kai, seven, Klay, four, and 22-month-old Kit but not footballer Wayne, as she reportedly feels like he cannot be trusted. 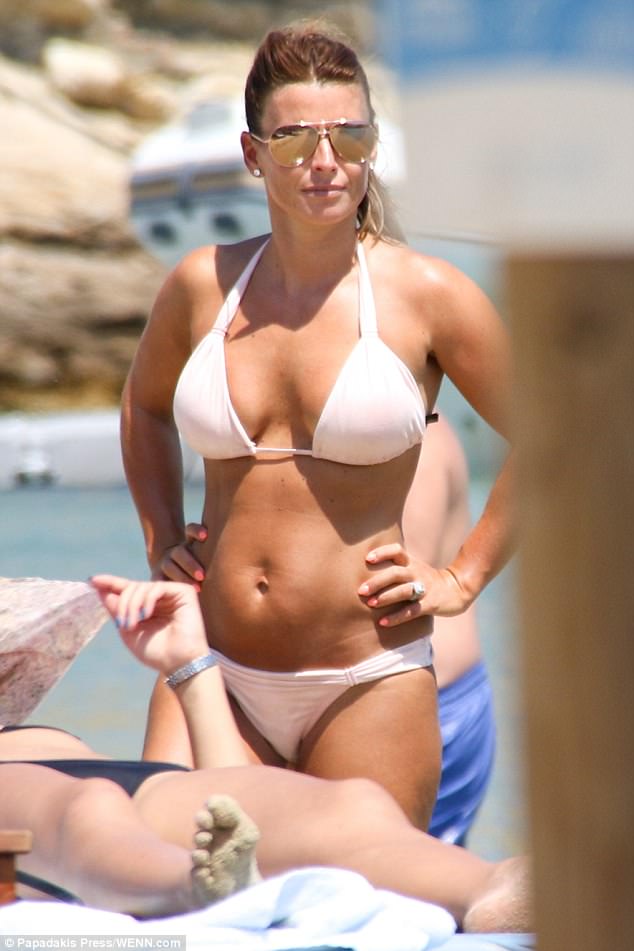 Her nine-year marriage was rocked in August when he was convicted of drink-driving on a night out with party girl Laura Simpson, and Coleen has since stopped wearing her wedding ring. Speaking to The Sun, an insider revealed Coleen is ‘still very angry’ but feels she and her boys should not be punished by his actions and still plan to jet away. A source said: ‘She is still very angry at Wayne. But she doesn’t see why she or the children should suffer. She doesn’t really want to leave Wayne at home as she feels like she can’t trust him. 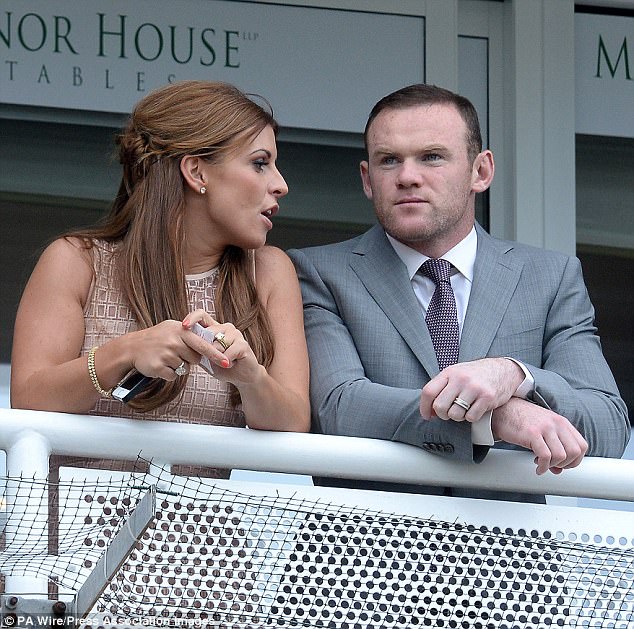 ‘But she doesn’t really want to go on holiday with him either. It’s one of the most exclusive resorts in the world and they are looking forward to it. ‘Ultimately, her boys are off school and she wants to take them away so they can enjoy some sun. She works hard and hasn’t done anything wrong.’ MailOnline has contacted representatives for Coleen and Wayne for comment. Coleen previously hinted she is focusing on the arrival of her fourth child after ‘ditching’ her wedding band following martial strife with husband Wayne. 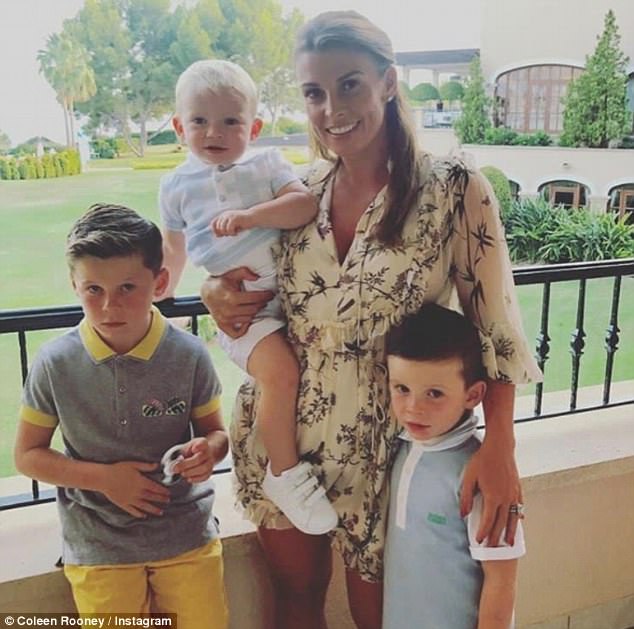 It emerged that the footballer was caught drink driving in Cheshire, with fellow party-goer Laura in tow after driving her Beetle back from a club.  He then pleaded guilty to driving while over the limit before embarking on 100 hours unpaid work. Laura, from Irlam, Greater Manchester, said that she would have sex with the Everton footballer if they had not been stopped by police.  It was claimed last month that he blamed her constant holidaying on his boozing and insisted she must cut down. At the time, it was reported she flew back from Spain with their three children and reportedly screamed at him: ‘The world is laughing at me because of you. How could you do this to me while I’m pregnant? How could you be so stupid?’ 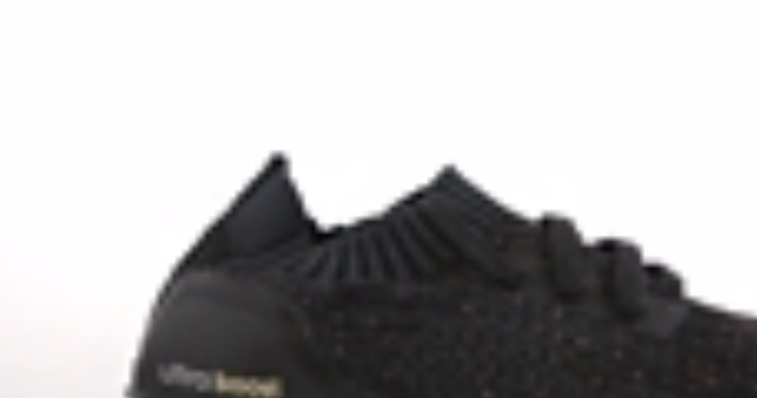 The fact that trainers have become a high fashion footnote rather than just gym wear essential over the last few seasons, makes us stiletto-phobics happy! 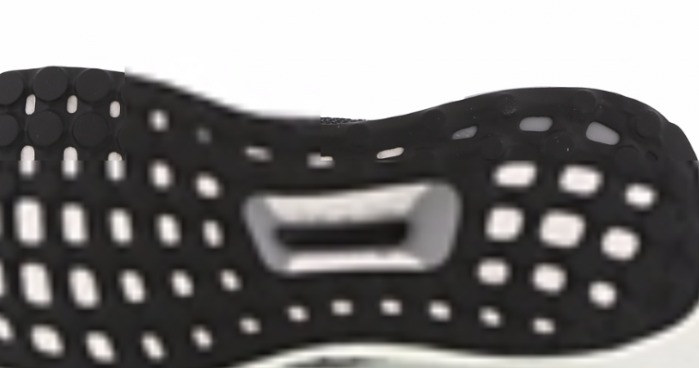 Not only are sporty kicks mega comfy, they also have the ability to work with pretty much anything in our wardrobe. Even floaty dresses can buddy up with a pair of laced up trainers these days – hurrah! 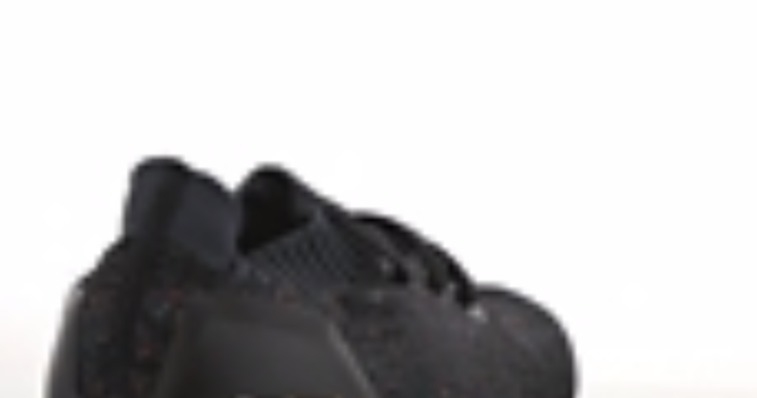 We love Coleen’s textured pair by Adidas (click right to buy), and they made a stylish finish to her simple leggings and sweatshirt combo. Like her look but on a tight budget? Simply browse from the likes below: 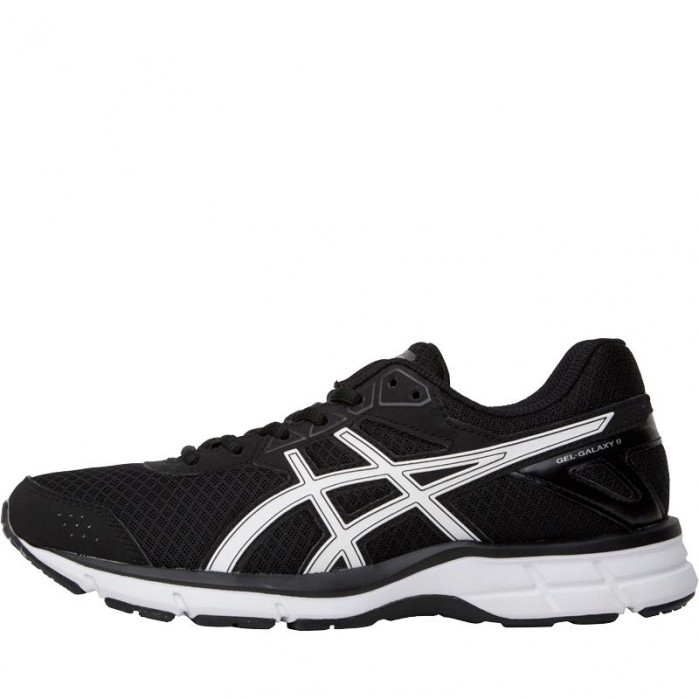 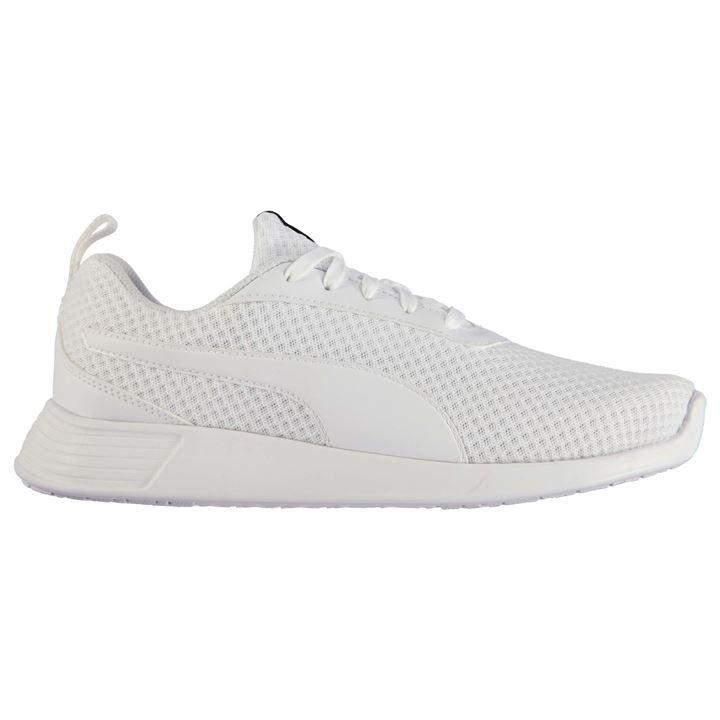