He’s playing the titular role in NBC’s Jesus Christ Superstar Live on Sunday. And John Legend, 39, got a boost from his biggest fan – pregnant wife Chrissy Teigen – on Friday. The cute couple puckered up for a very public display of affection, as they enjoyed an early supper in New York City. 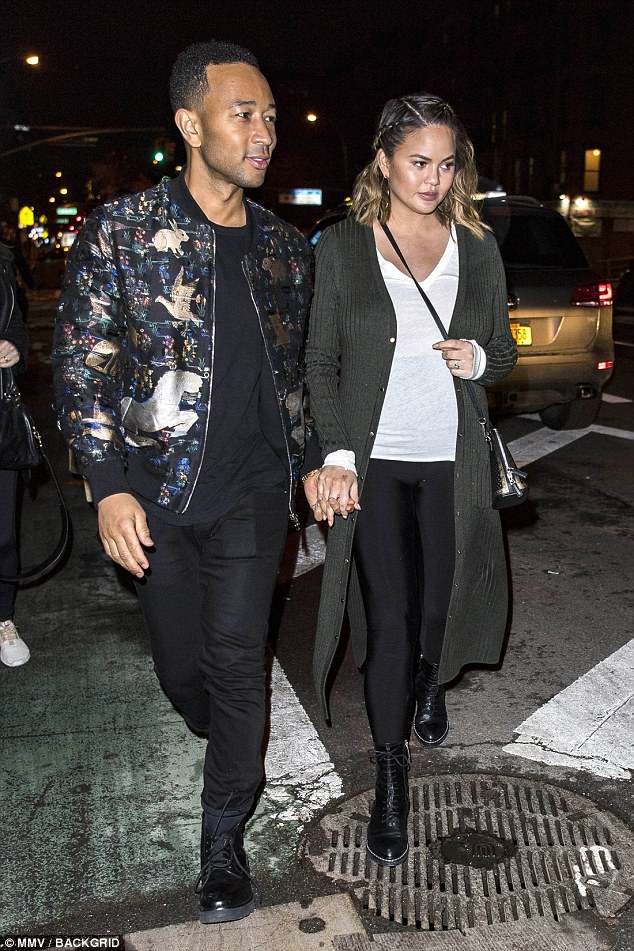 The 32-year-old model suffered a slight wardrobe failure as they departed the eaterie, after she chose to go bra-free. Her white T-shirt was more see-through than she, perhaps, realised, as she showcased her blooming figure. 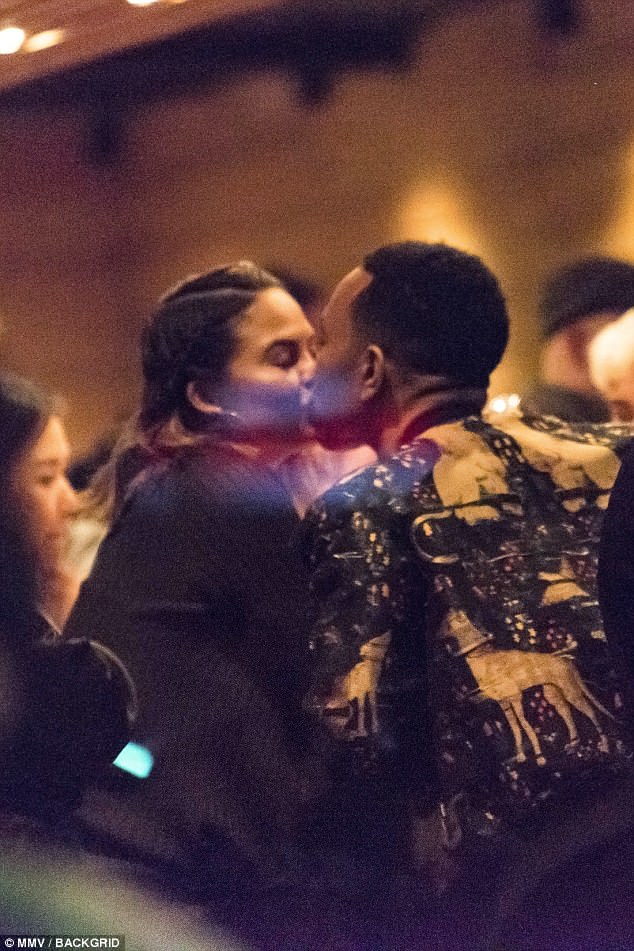 She added a long-line cable cardigan and black leggings, while chunky boots brought a military edge. 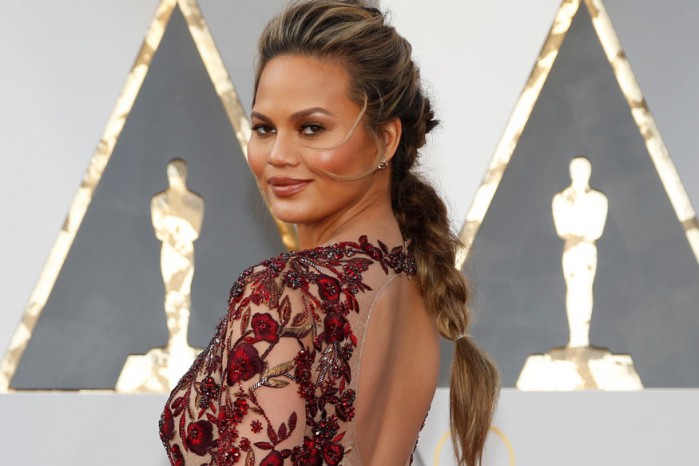 The pair – who are already parents to daughter Luna, who turns two in April – were as affectionate as ever. Chrissy, who is due to give birth to a baby boy in June, wore her honey tresses in a side parting with on-trend side braid. She appeared to be avoiding making eye contact with John’s distinctive bomber jacket. 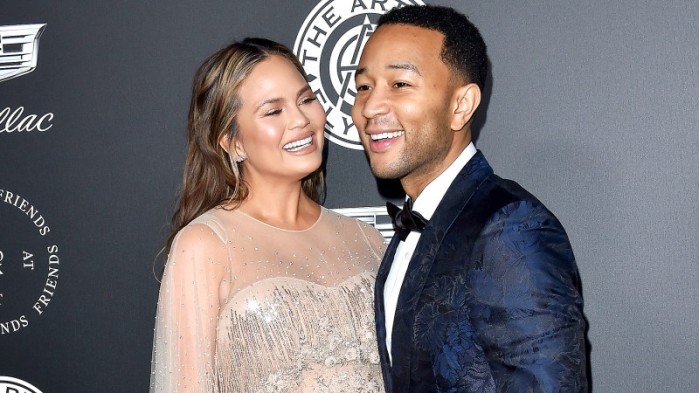 The Oscar-winner is known for his statement outer-wear – and this brightened up his all-black outfit, as it was embellished with multi-coloured silk bunnies and birds. John plays Jesus, alongside Sara Bareilles as Mary Magdalene and Alice Cooper as King Herod in Sunday’s production of the Andrew Lloyd Webber/Tim Rice classic musical. Set during the final week of Jesus’ life, the story is told from the perspective of infamous betrayer Judas Iscariot. As more and more followers flock to Jesus, Judas grows concerned that Jesus is becoming arrogant and losing sight of his principles, so when Jesus attacks the money changers in a temple, Judas finally turns on his teacher, setting both on a path to tragedy. 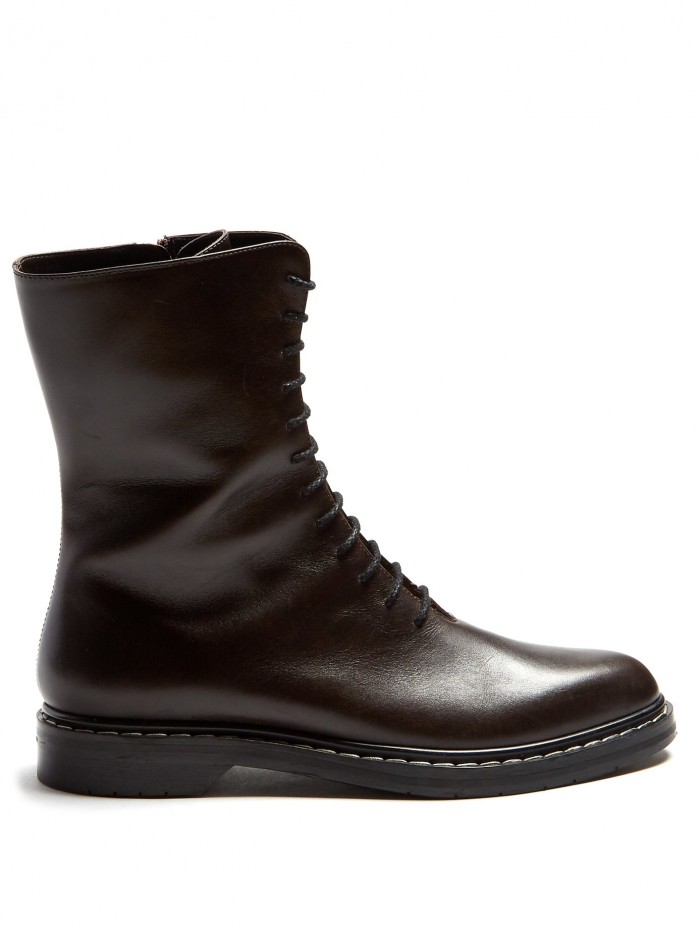 Even when she’s cutting a casual figure, Chrissy Teigen always looks stylish! It helps she’s got a wardrobe packed with the best designer brands, and that’s true of her shoe collection too. 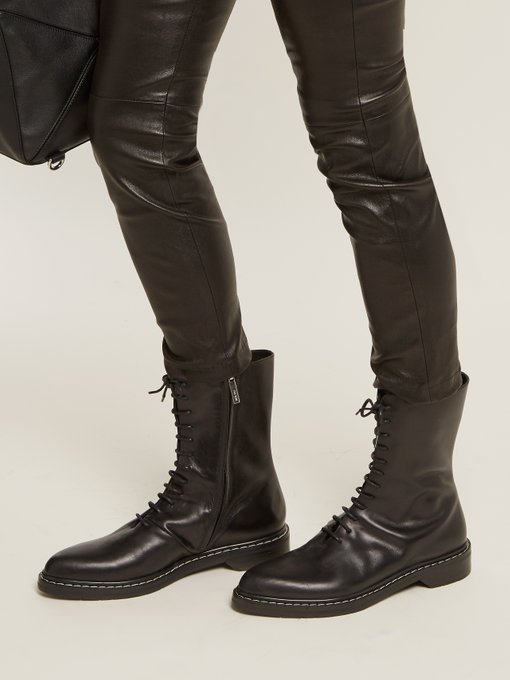 Here she’s stepped out in flat lace-up boots by The Row, which is of course the luxury label set up by Mary-Kate and Ashley Olsen. We love the luxe take on a utilitarian boot! 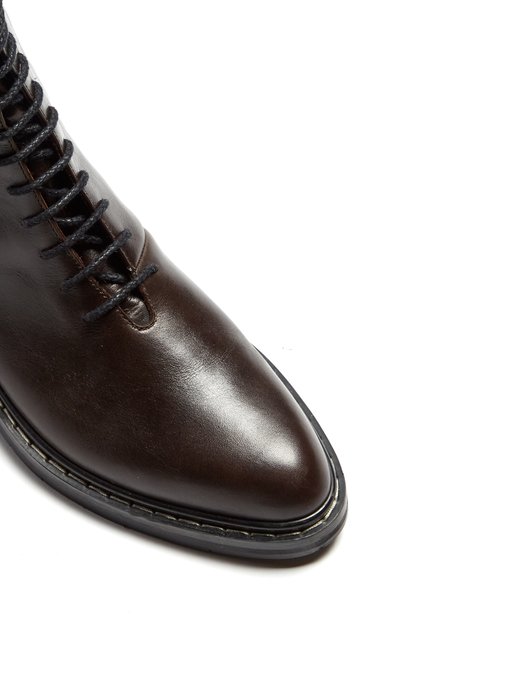 They are, of course, incredibly comfortable too so make the perfect choice for a dressed down day. So click (right) to snap up a pair before they’re gone for good or head to our edit below: 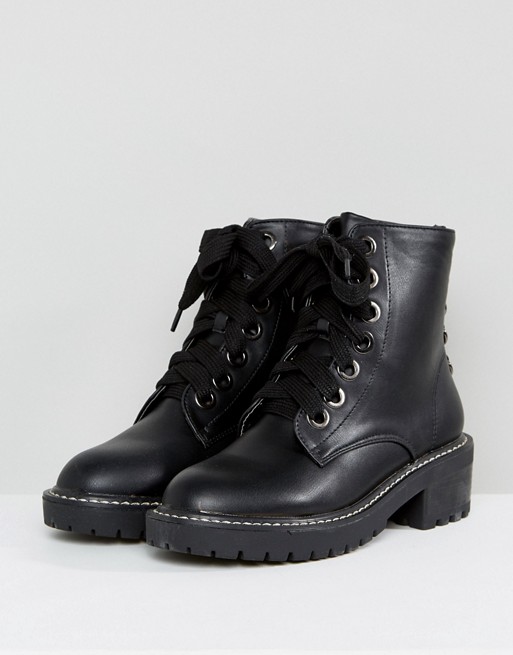 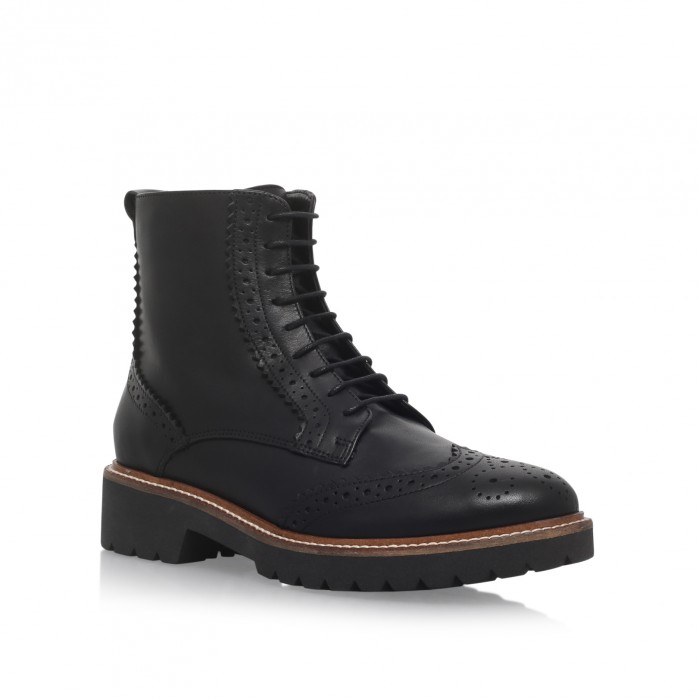