They tied the knot in a lavish ceremony in Knightsbridge back in 2014, following a two-year engagement.  But Poppy Delevingne and her husband James Cook decided to celebrate their third wedding anniversary in a more casual style on Monday night, as they attended the Can’t Stop, Won’t Stop: A Bad Boy Story film screening in London.  The 31-year-old model looked effortlessly stunning in a leather varsity jacket and skinny jeans as she cuddled up to her man at the premiere of the film, which follows P Diddy founding his record label. 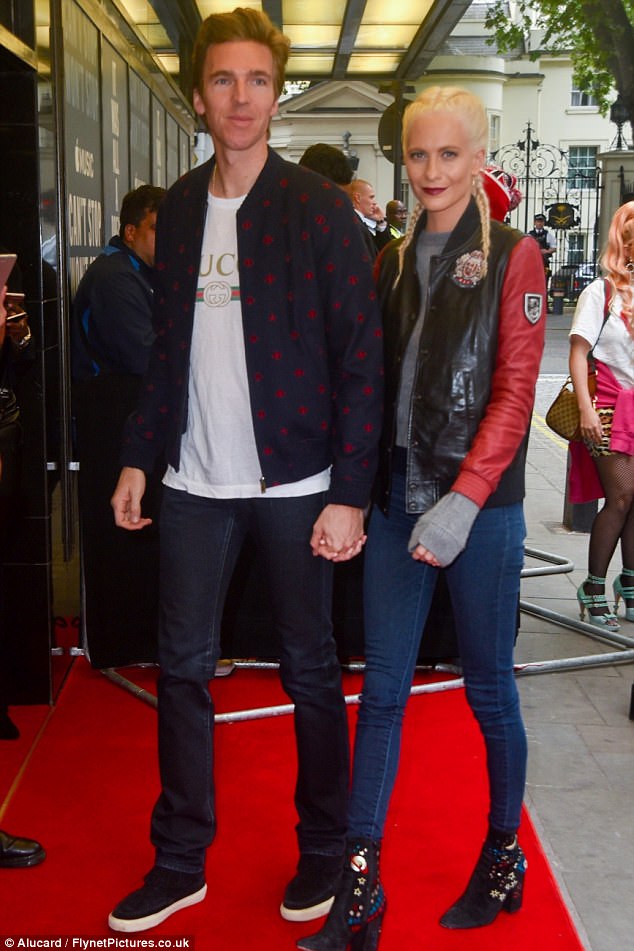 Poppy slipped her slender frame into a simple grey jumper and skinny jeans, which only served to lengthen her already leggy figure.  The blonde beauty swapped her usual glamorous looks for a more low-key ensemble as she joined her husband at the star-studded screening. 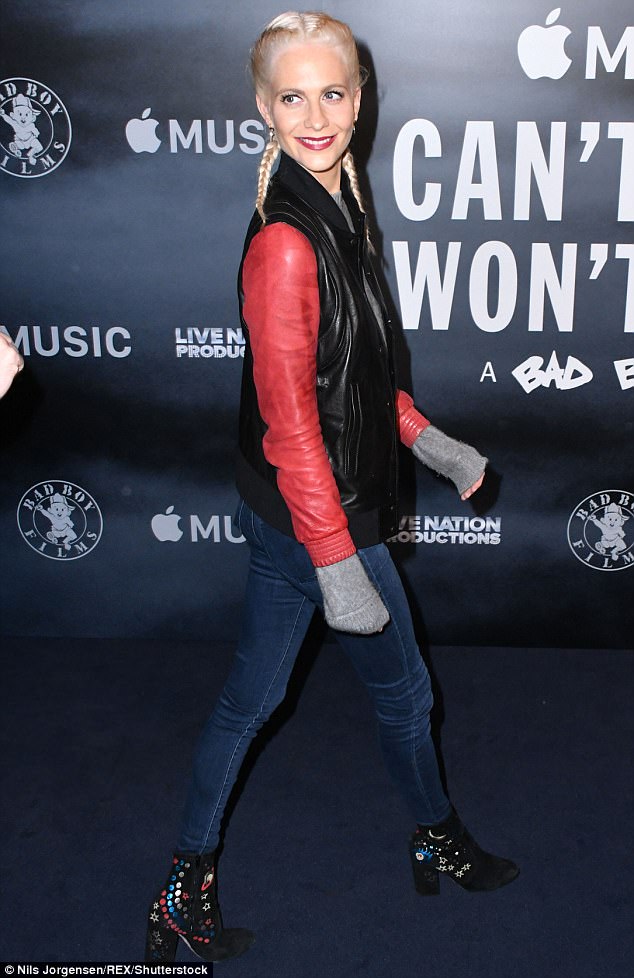 Making her look more trendy however, she then layered a striking leather varsity jacket on top, with bold red sleeves – mirroring the colour scheme in her embroidered heeled boots. 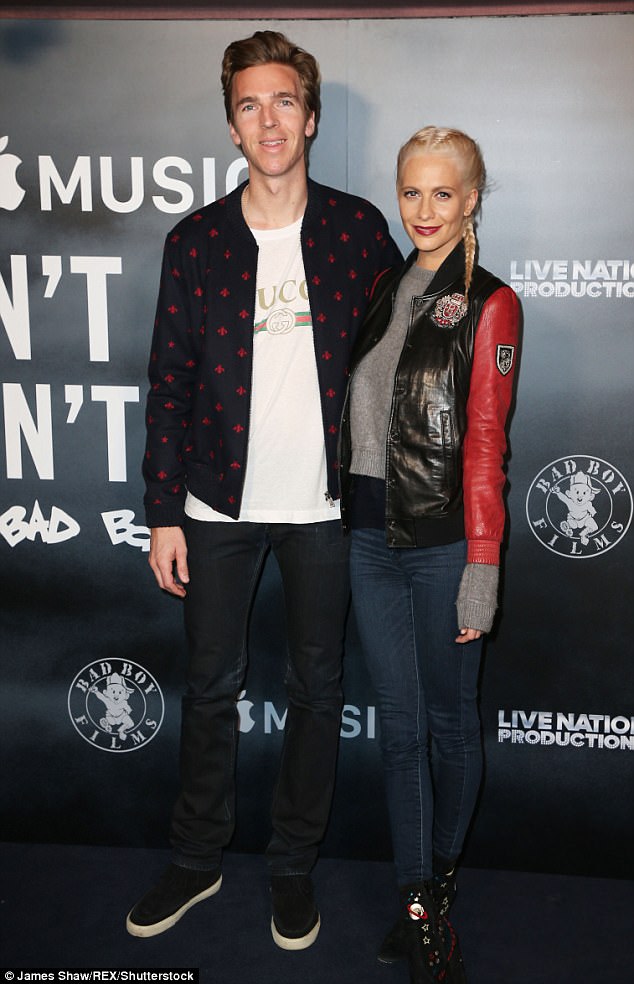 Tying her look together with a classic scarlet lip, the sister of model Cara looked effortlessly stylish as she posed arm-in-arm with her handsome husband. 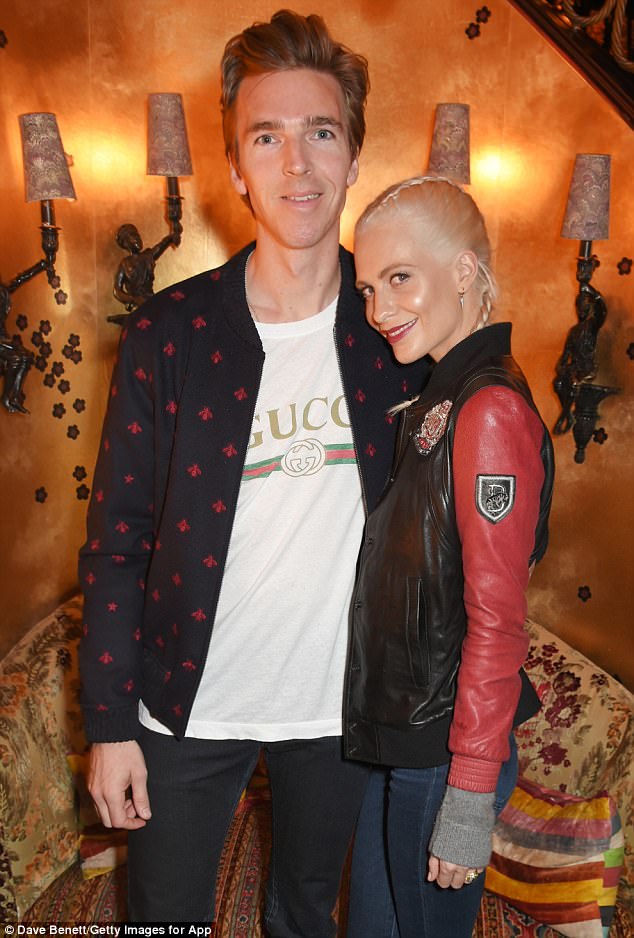 Sweeping her hair back into a dramatic french braid, the Louis Vuitton model drew attention to her enviably clear and glowing complexion as she beamed for cameras – accentuated by dewy bronzed make-up. The glitzy screening marked an extra-special evening on the couple’s social calendar – as it fell on their third wedding anniversary. 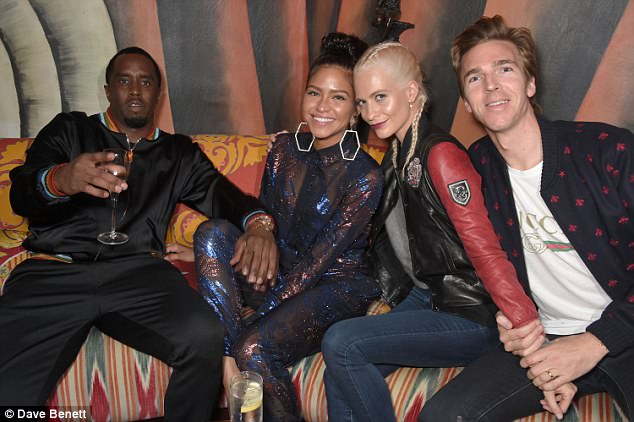 However the pair decided to spend their special day at the bash, where they caught up with Cassie (second left) and Sean ‘Diddy’ Combs himself (far left) 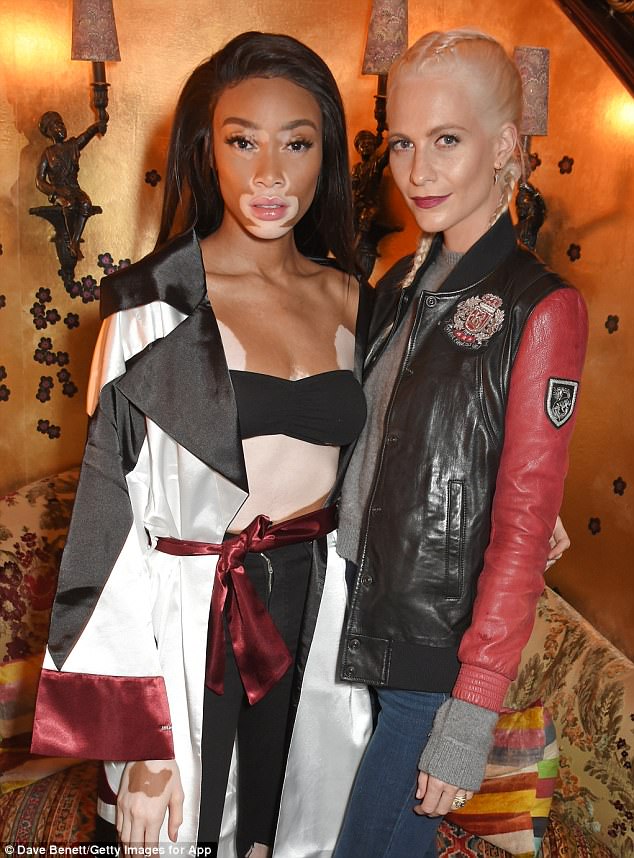 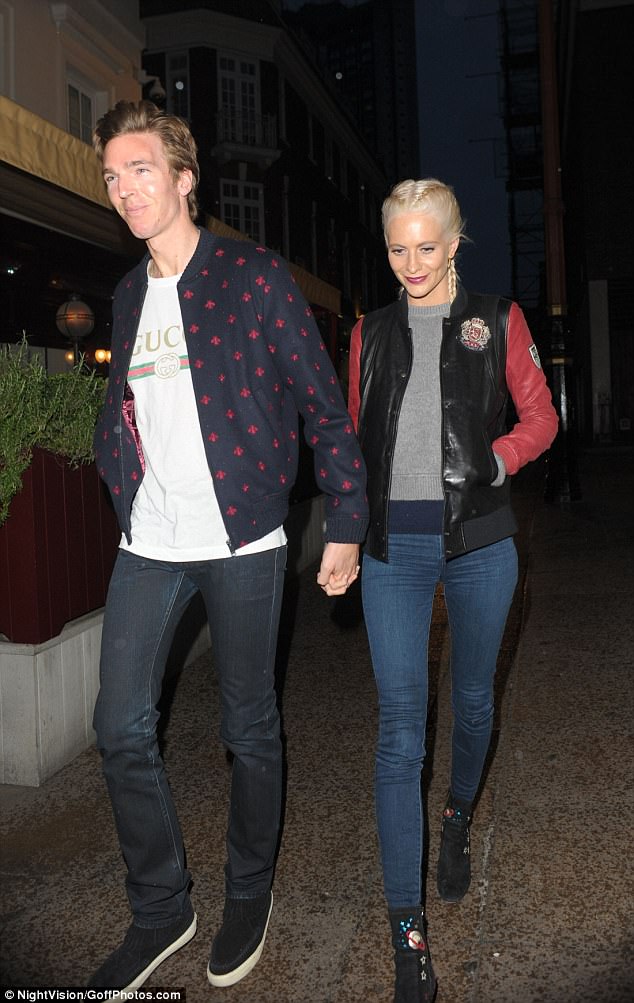 With Poppy grasping his hand, James strolled through the streets 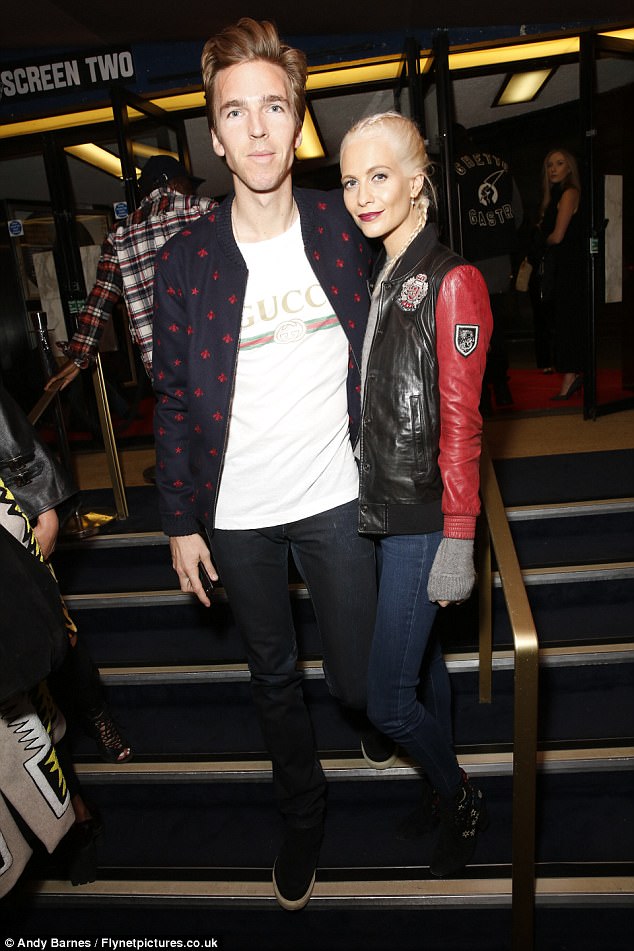 They both seemed in great spirits at the bash 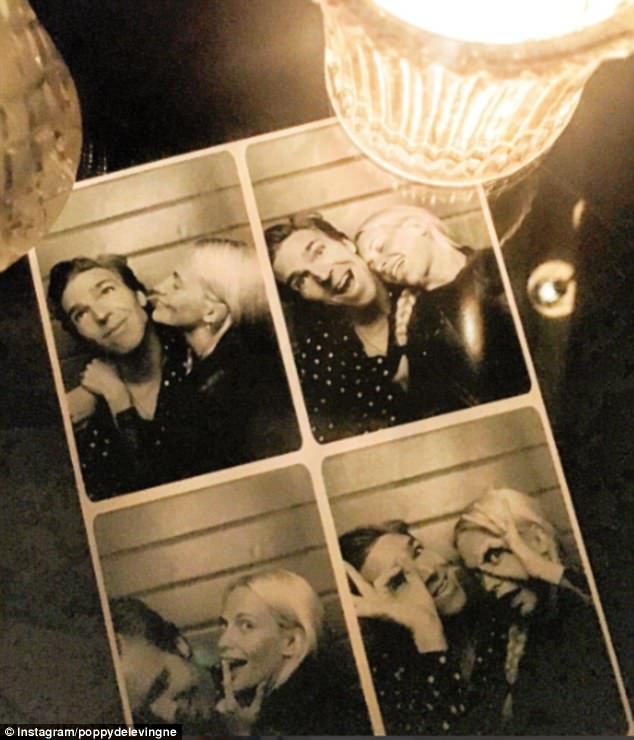 Taking to her Instagram earlier on Tuesday, the blonde had shared a sweet image of the pair posing in a photobooth, to commemorate the exciting occasion.  With the snaps seeing the couple both embracing and pulling funny faces at the camera, Poppy playfully captioned the image for her 1.2million followers: ‘Happy Anni baby, the limon to my cello @cook_james #ThreeYearsToday’ 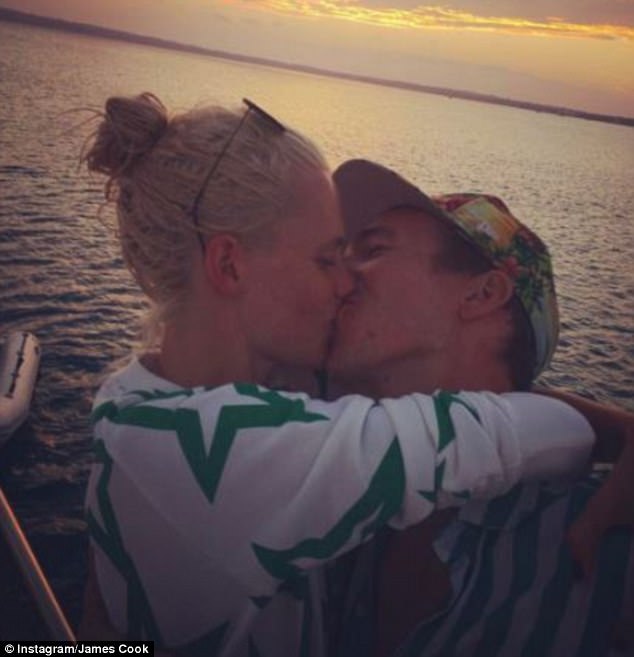 Poppy and James became engaged in October 2012, when he popped the question with a bespoke Anya Hindmarch memories box embossed with the words ‘Will you marry me?’ and filled with pictures of them together. The pair then tied the knot in a lavish but stylish ceremony at St Paul’s Church in Knightsbridge two years later. 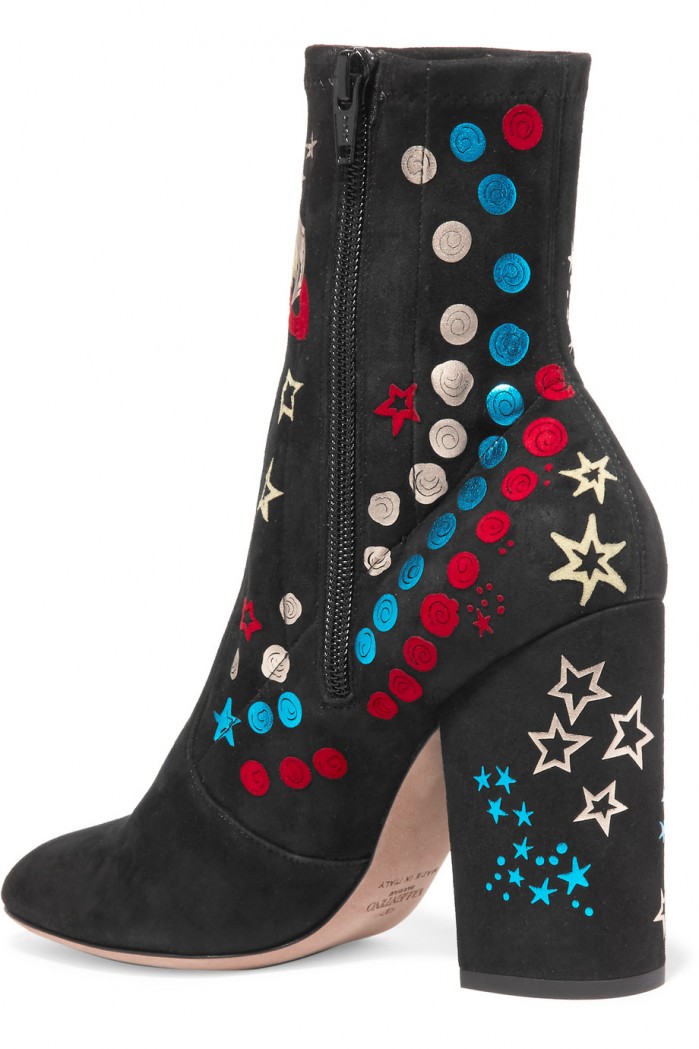 Valentino’s black suede ankle boots are hand-painted with heat-sealed planets and stars – a reoccurring theme in the latest collection. This pair sits flatteringly high on the ankle and has a sturdy block heel. Wear yours with dresses. 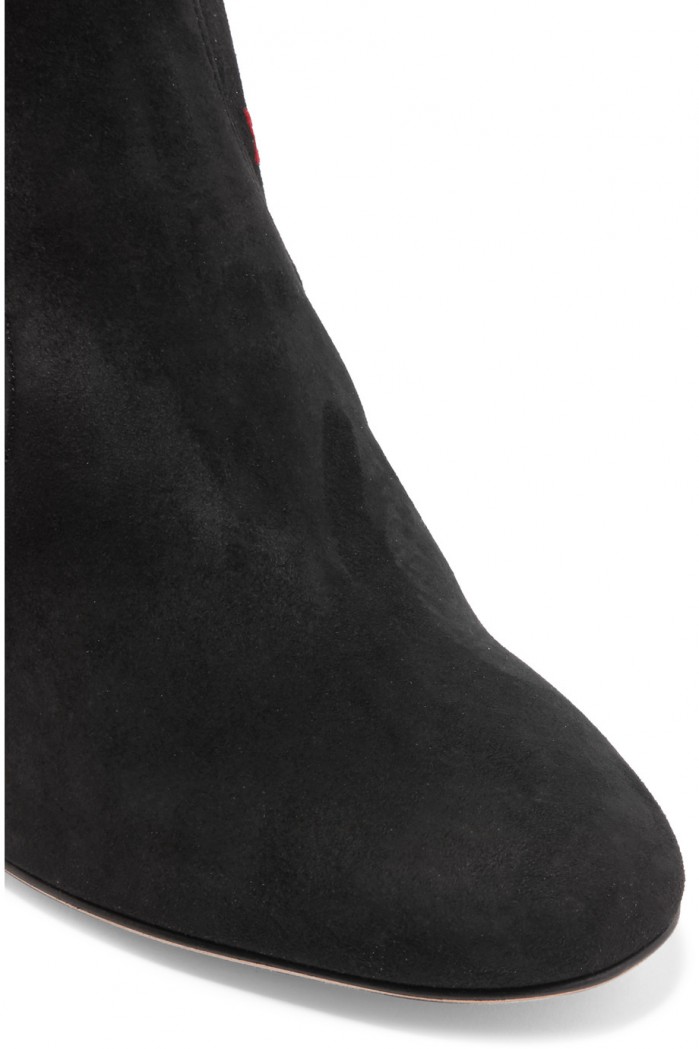 These eye-catching boots to add a luxe spin to an otherwise low-key ensemble. Are they making you go a bit starry-eyed? Then you’re in luck because these beautiful boots are currently available to buy from Net-a-Porter, so click right to nab them for yourself. 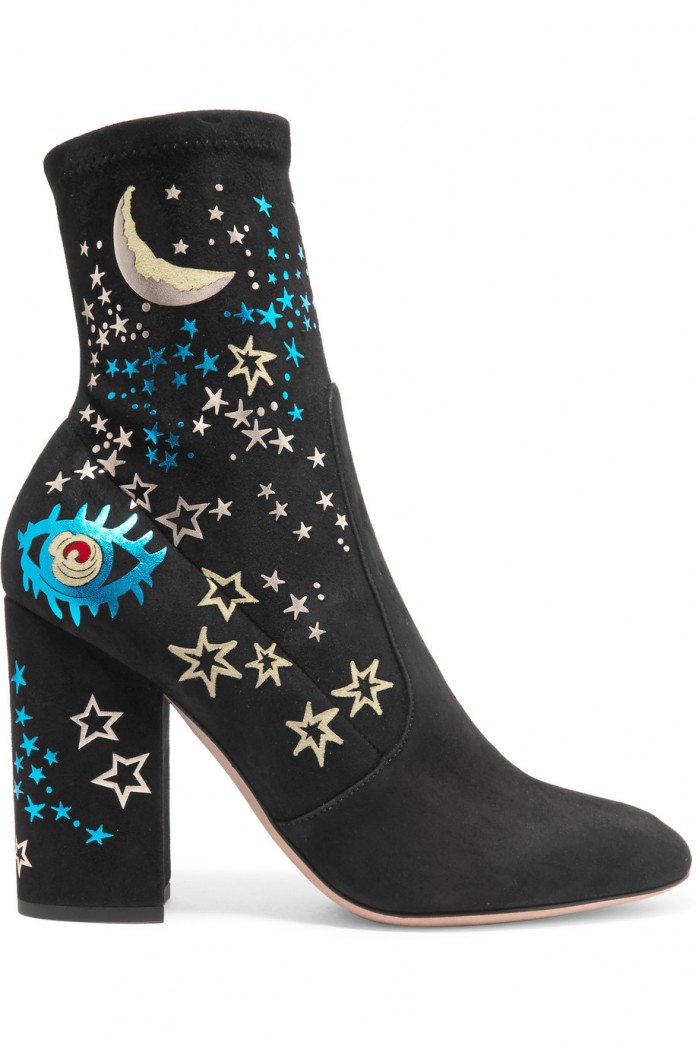 We adore the hand-painted planets and stars that have been a reoccurring theme in the latest collection. If you love the style but think the price point is out of this world, then make sure you head to our edit below: 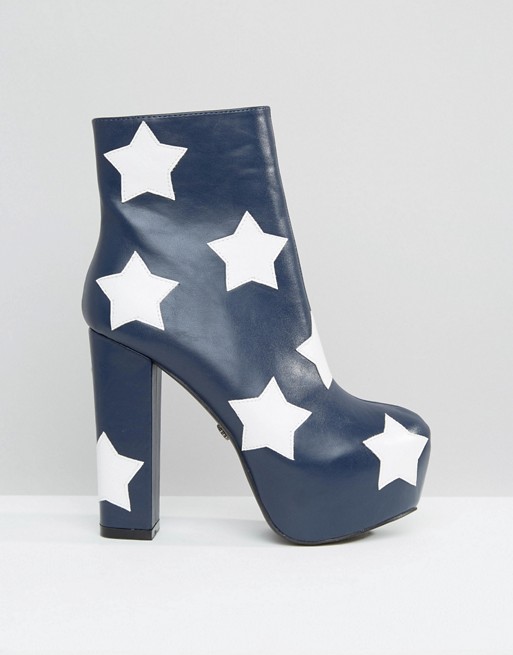 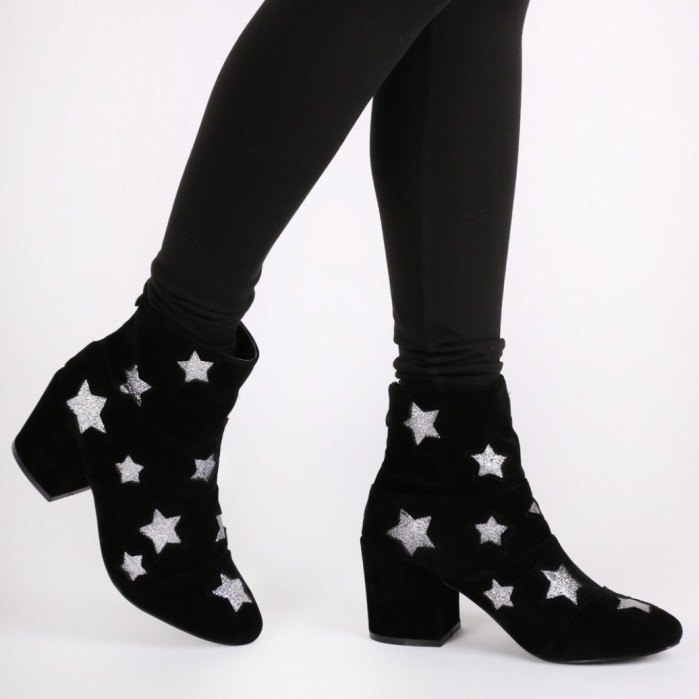