Abbey Clancy, 31, has welcomed her third child and first son – with footballer husband Peter Crouch, 36 – although some fans claimed the birth announcement was ‘sexist’. The model and TV personality gave birth to baby boy Johnny on Wednesday, a sibling for the couple’s two daughters Sophia, six, and Liberty, two. Sharing the happy news on Instagram with a beautiful black and white photo of her gorgeous son, a besotted Abbey wrote ‘Baby Johnny crouch born 3/1/18 so in love with our baby boy happy healthy and beautiful.’ 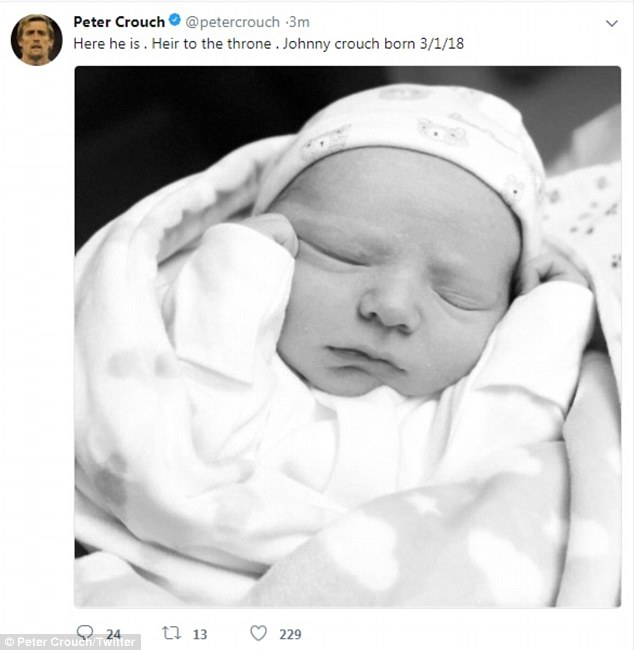 Abbey Clancy has welcomed her third child and first son – with footballer husband Peter Crouch – although some fans claimed the birth announcement was ‘sexist’ The model and TV personality, 31, gave birth to her third child on Wednesday, a sibling for the couple’s two daughters Sophia, six, and Liberty, two (pictured at five months pregnant in September). Johnny is thought to be named after Abbey’s musician brother John, who plays in band Judas. Meanwhile, devoted dad Peter also shared a sweet tribute to his firstborn son, writing: ‘Here he is. Heir to the throne. Johnny crouch born 3/1/18.’ However, some fans took umbrage with father-of-three and 6ft 7 tall Peter – who boasts size 12 feet – referring to his newborn son as the heir, despite already having two children. 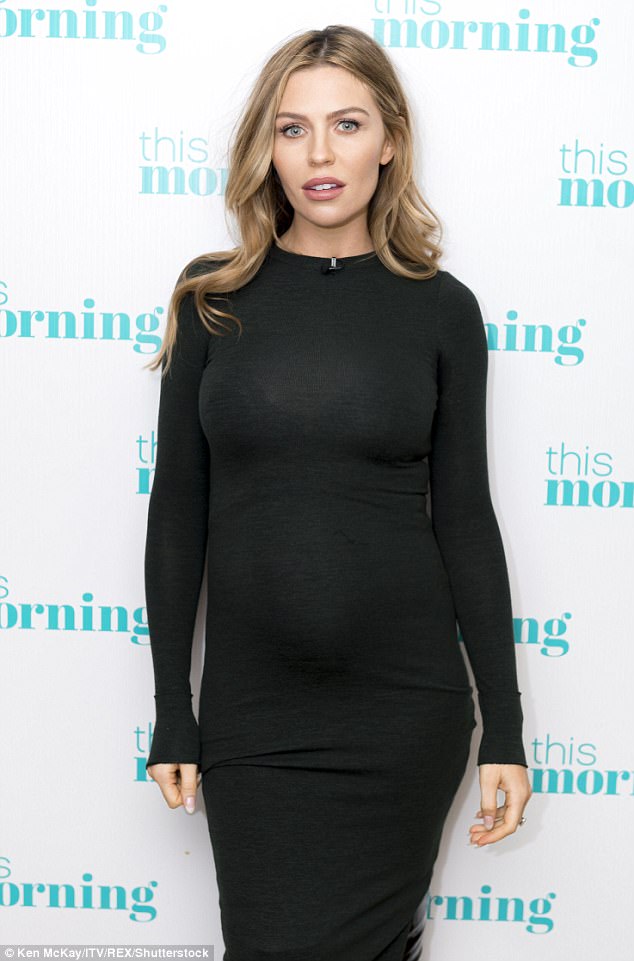 One tweeted in response: ‘Even the Royal family have moved on enough to allow first borns to be the heir. Making it so that only the males have that right is so outdated and sexist. If it’s a footballing joke then why can’t the same be said of your daughters? But congratulations on the birth anyway.’ Another shared online: ‘Heir to the throne ? So the girls are less important ?’, whilst one commented: ‘I may be bashed but I’m going to ask it anyway. Is Peter Crouch announcing his newborn son as ‘heir to the throne’ when he already has two daughters any different to Lewis Hamilton’s nephew? No, it’s not. Okay, give me what you got.’ Other fans were quick to leap to Peter’s defence, however, sharing their congratulations and well wishes to the footballer and his family. MailOnline has contacted Peter’s representatives for comment. 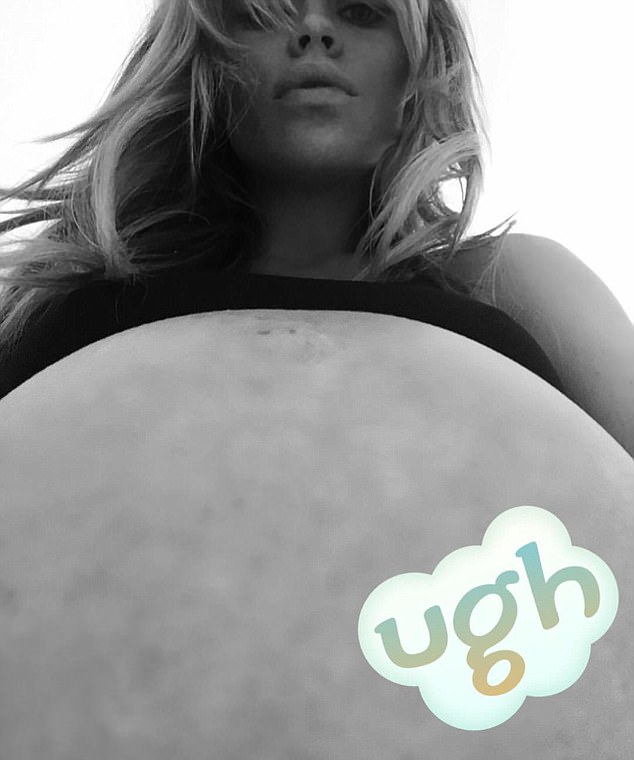 Revealing her nesting instinct was in full swing, Abbey humorously tweeted just days before her newborn’s arrival on December 28, that she ‘can’t stop cleaning.’ The Britain’s Next Top Model host announced she was expecting back in June and had been keeping fans updated with her pregnancy journey. The baby news comes as an early birthday present for the star, who will turn 32 on January 10. 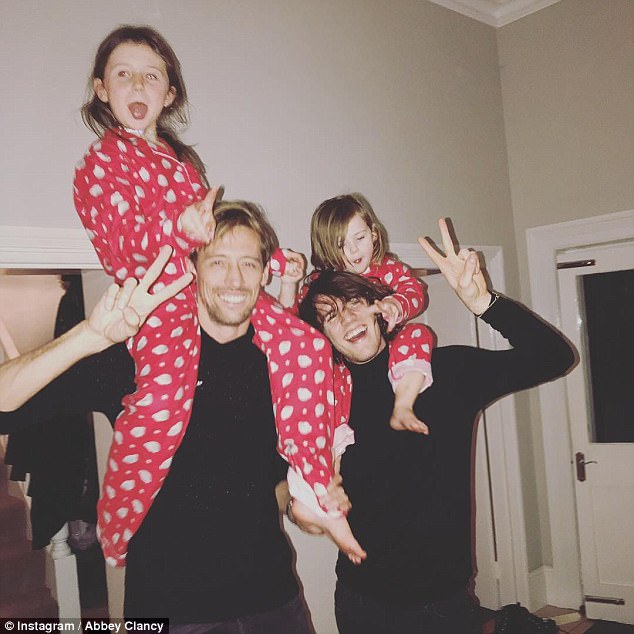 Abbey’s head was just about visible in the photo, with the model choosing to bare her naked baby bump – covering up in a black sports bra to protect her modesty. She appeared to go make-up free for the candid snap and left her blonde locks down to fall past her shoulders, as she positioned her phone just underneath her stomach to capture the perfect post for her latest pregnancy update.  In yet another bump selfie, Abbey was seen flaunting her pregnancy frame, as she stood side on while sporting the same black sports bra to reveal her rounded stomach underneath. 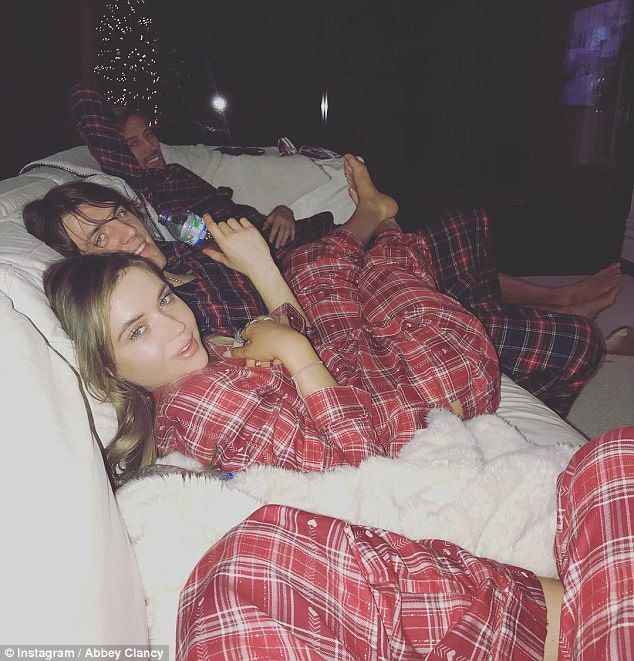 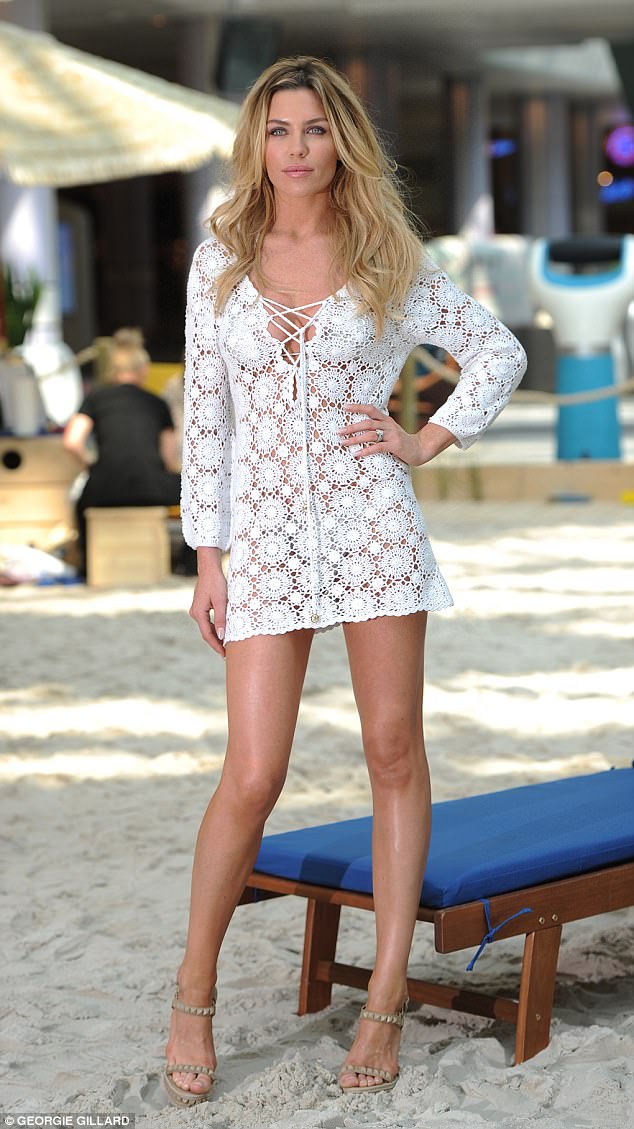 I’ve only got a few months left till I have the baby. It’s scary but I’m feeling good about it,’ the Scouse stunner said. ‘I’ve got a baby at home so it’s like “Oo! I’m going to have another one!” I’ve got a little girl, a baby and now I’m having another one.’ Clancy, who confirmed her pregnancy in June, added: ‘I always wanted a big family so I feel extremely blessed but it is going to be hard work. I don’t think we’ll ever leave the house again, me and Pete!’ Asked if she has been working out during the pregnancy, she said adamantly: ‘No, definitely not. I’m embracing the pregnancy. I’ve just had two custard croissants!’ 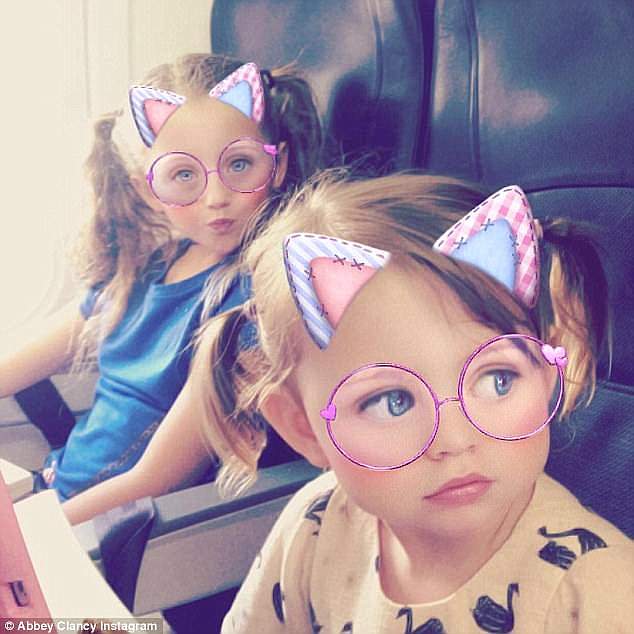 Abbey is already mum to Sophia, six, and Liberty, two 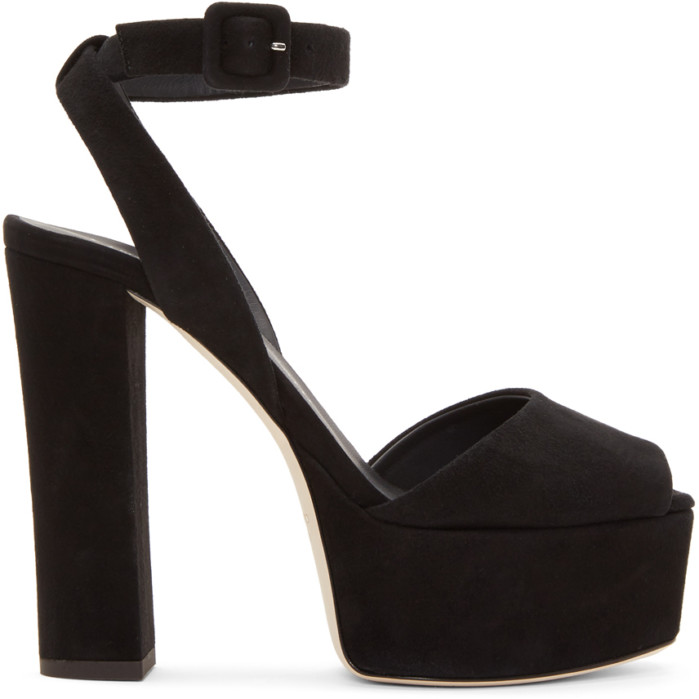 She’s pictured here in September, showing off her baby bump in a bodycon lace midi dress, which she teamed with these seriously fierce platform heels. 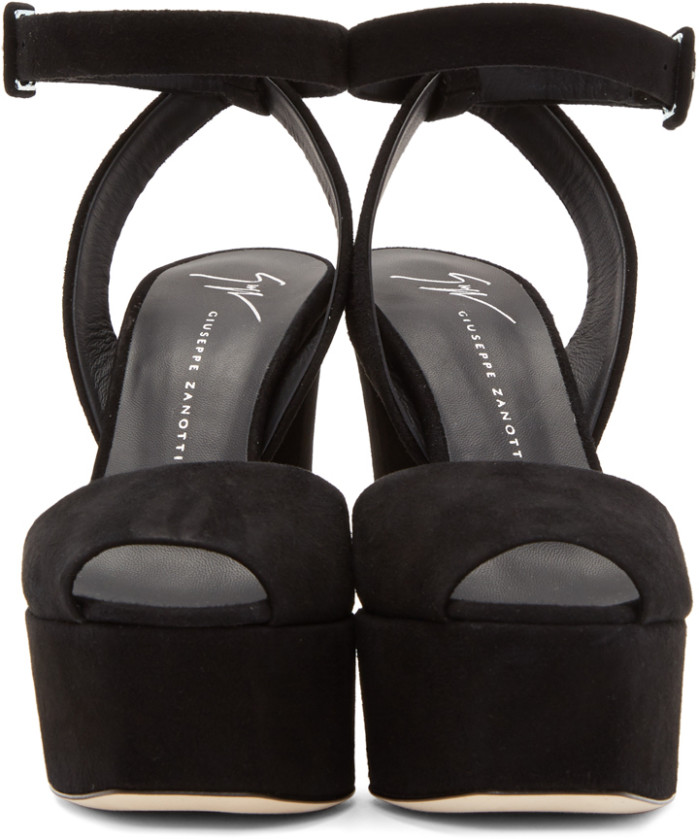 They’re the ‘Lavina’ style by Giuseppe Zanotti and we love the blocky heel and wrap ankle strap. They might look terrifyingly high, but that chunky platform sole makes them a whole more manageable! 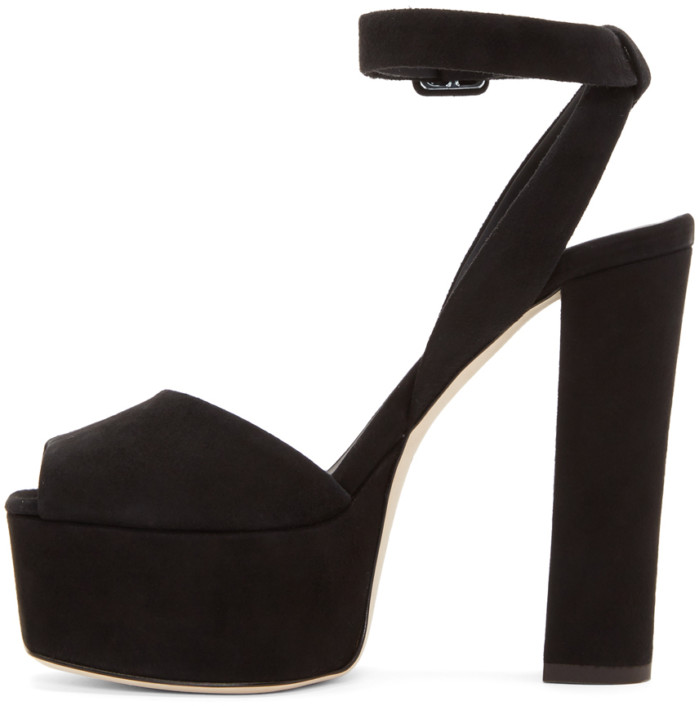 Click (Buy) to grab hem now in the sale at Ssense, or take your pick from the platform heels we’ve rounded up for you in the edit below: 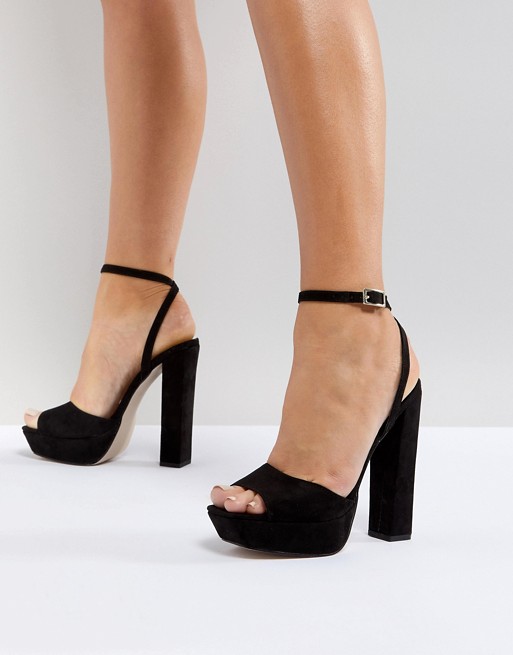 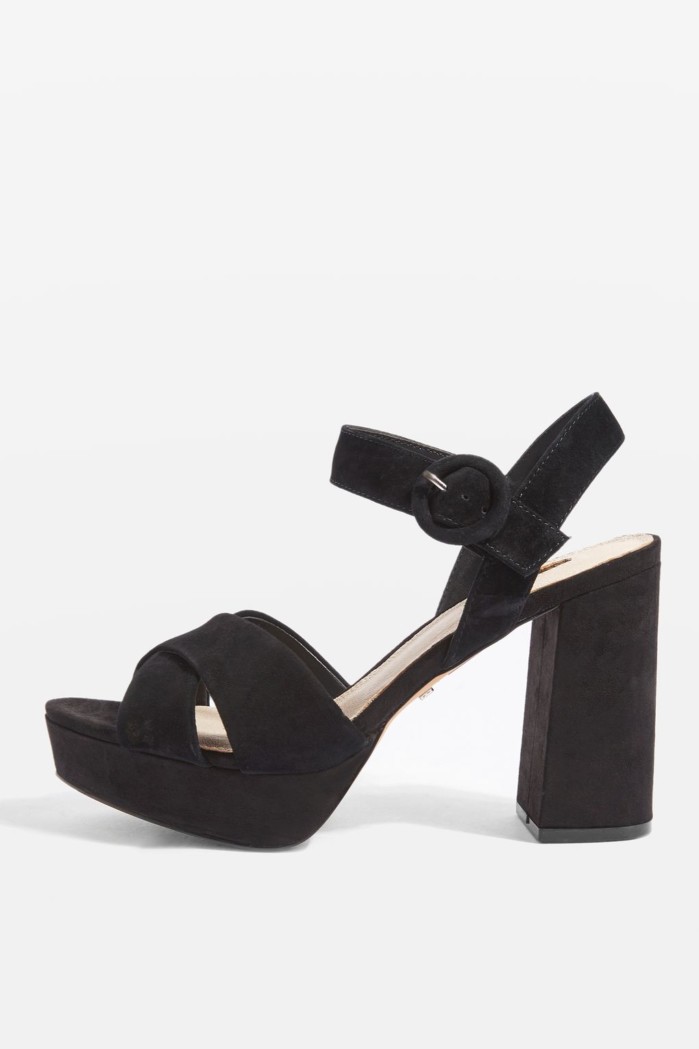