They were first romantically linked back in June, after being spotted enjoying a rendezvous in St Tropez. And proving their romance is still going strong, Pamela Anderson, 50, made sure to support her footballer beau Adil Rami, 31, as he took to the pitch at the Vélodrome in Marseille to watch the local team take on Slovenia’s Domzal FC on Thursday. However, the former Baywatch star, didn’t appear too much of a lucky charm for her boyfriend, as Adil ended up getting injured in the 25th minute of the match when he was taken down by a defender, and was later spotted with his arm in a sling. 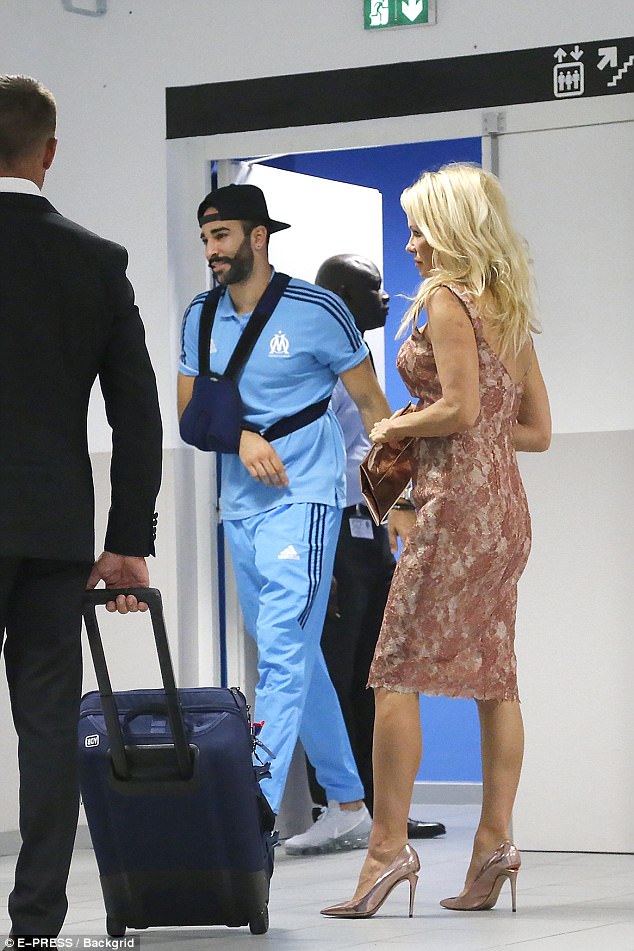 Following the game, which saw her beau’s team secure a 3-0 win, Pamela rushed to Adil’s aid, cutting a glamorous figure inside the stadium in a plunging floral dress. Her fitted lacy number sheathed her model figure and made sure to highlight her more than ample assets with its low-cut neckline. She teamed the sophisticated frock with a pair of metallic pink court heels and was seen clutching onto a complementing envelope clutch bag in one hand. The actress wore her blonde locks down in a voluminous style and sported a glam make-up look that came complete with a smokey eye. 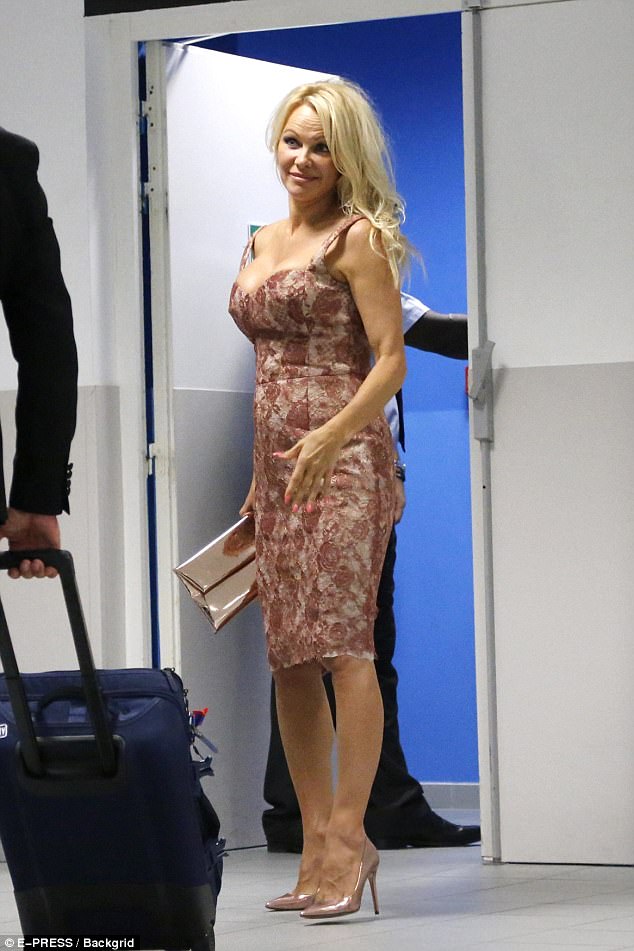 Adil, meanwhile, was clad in a pastel blue tracksuit and wore a sports cap back to front on his head. Despite his injury, the defender appeared to be in high spirits as he reunited with his love. She had avidly been watching him throughout the match and made sure to turn heads while sat in the stands – animatedly getting to her feet to cheer on her beau. He and Pamela were later seen leaving the stadium together, strolling closely alongside each other. The duo had first been romantically linked two months ago, after being spotted together in the South of France. 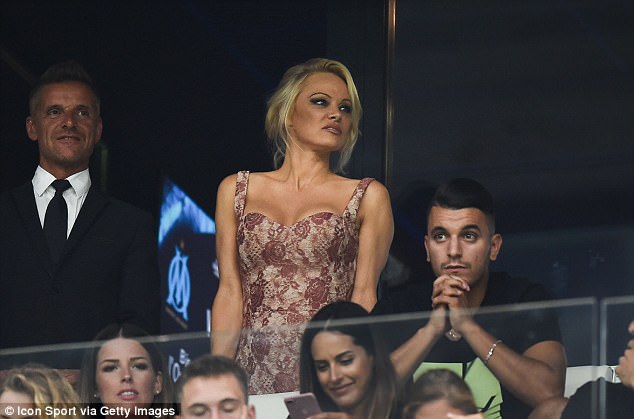 They were seen putting on a cosy display in St Tropez, as well as dining together in Nice. Despite being 18 years his junior, Pamela is thought to have met Adil in Los Angeles. Onlookers had claimed, early into their romance, that the pair share ‘real chemistry’, with one telling The Mirror of one of their intimate dinners in Nice: ‘They were laughing a lot and seemed totally relaxed with each other. It was clear there was real chemistry between them.’ Her romance with Adil came as a surprise to many, as it had been heavily speculated at the time that she had been dating WikiLeaks founder Julian Assange.

Pamela was first linked to Julian in September 2014, when she was spotted at the Knightsbridge embassy where he resides. Since then, she has become a regular guest and was even snapped bringing vegan cheeseburgers to the political prisoner in February.

Julian has been living in self-imposed exile at the Ecuadorian Embassy since June 19 2012, believing he will be extradited to the United States for questioning over the activities of WikiLeaks if he leaves. 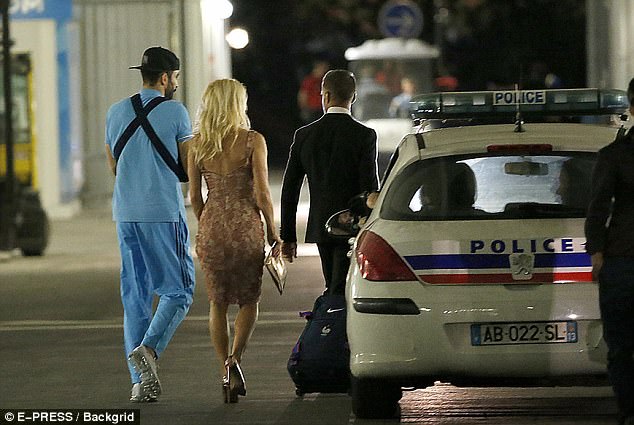 The actress has previously referred to Assange as her ‘dear friend’, saying she would not be surprised if people reduced their connection to ‘just a sexual relationship’. 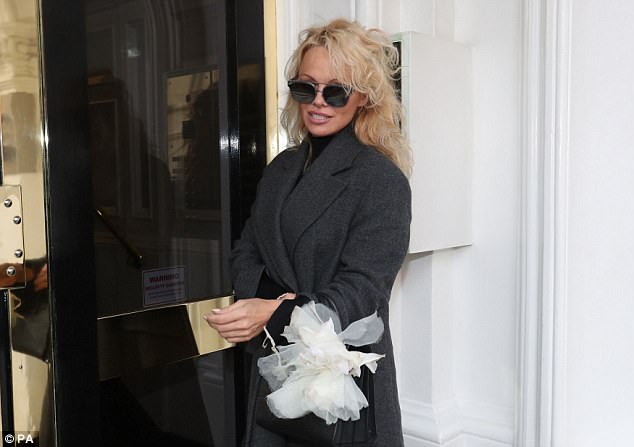 Pamela was first linked to Julian in September 2014, when she was spotted at the Knightsbridge Ecuadorian Embassy where he resides. 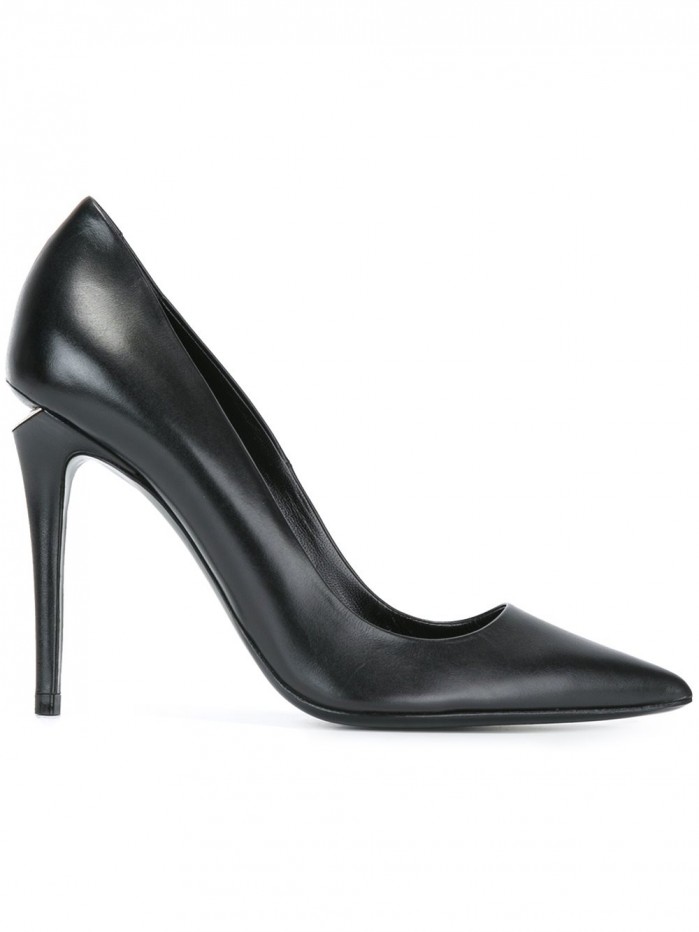 Black leather ‘Tia’ pumps from Alexander Wang featuring a pointed toe, a high stiletto heel and a back cutout detail. 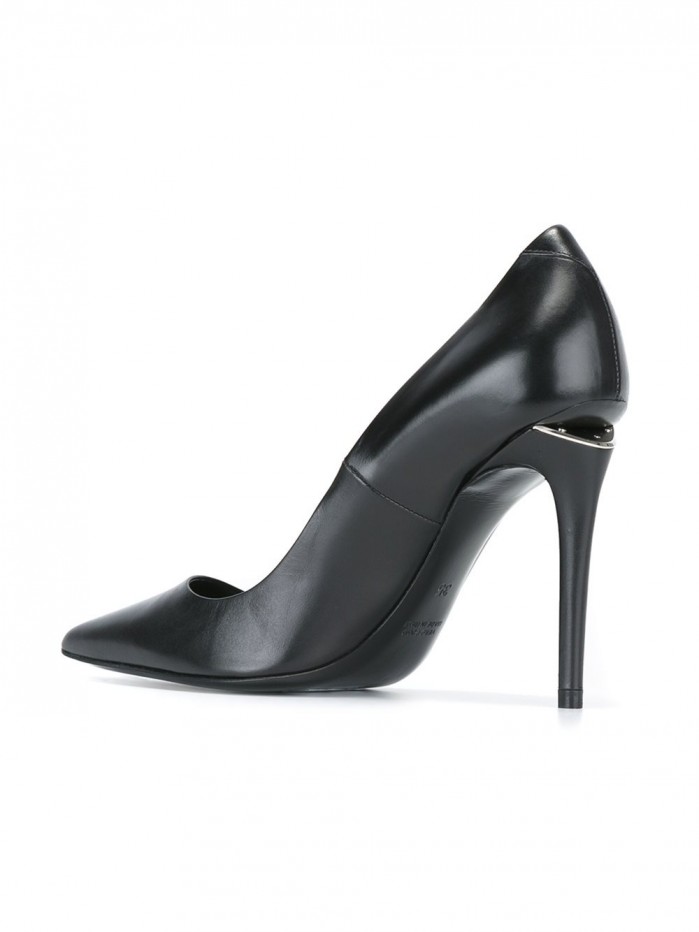 With the signature Alexander Wang cut out heel, they’re perfect for anyone who likes to look luxe. In a girly rose gold color, these shoes are sure to make you stand out. 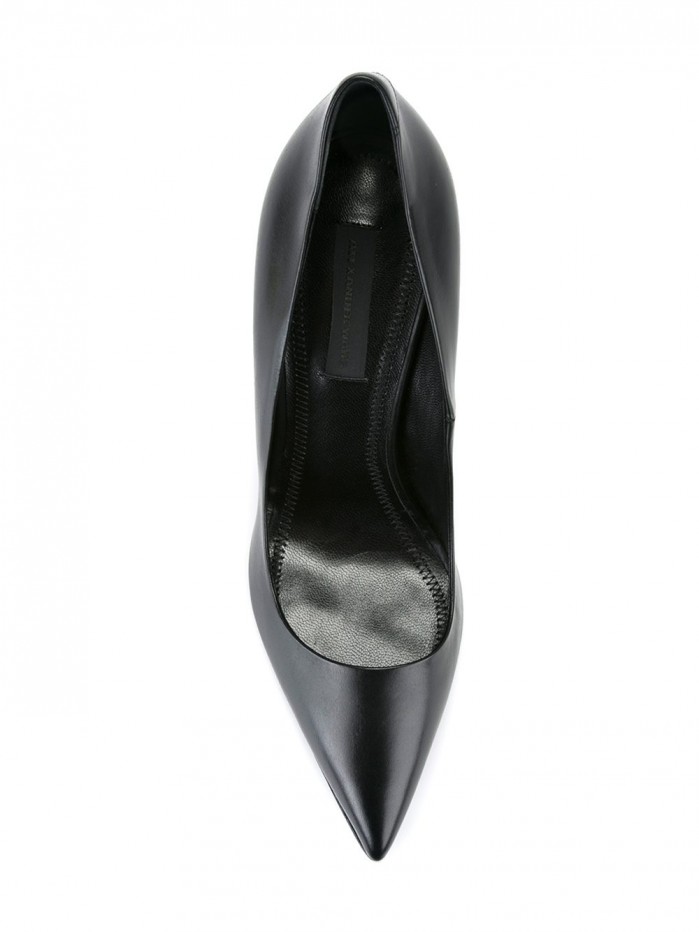 Unfortunately, Pamela’s exact heels are no longer in stock – but click right to shop them in black at Farfetch! Or, try our edit of alternatives below: 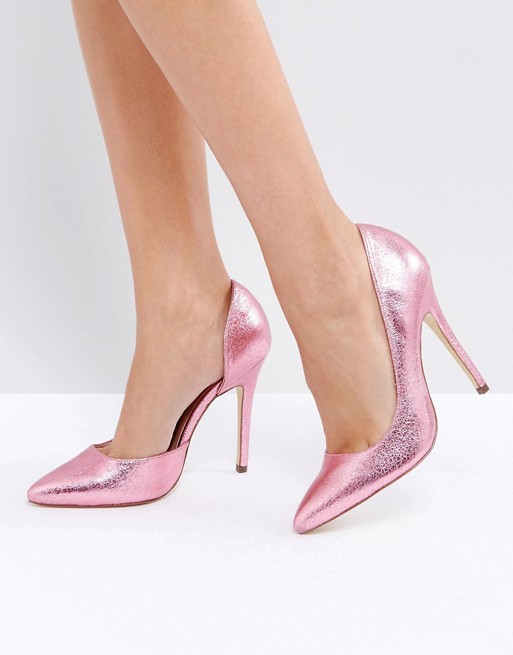 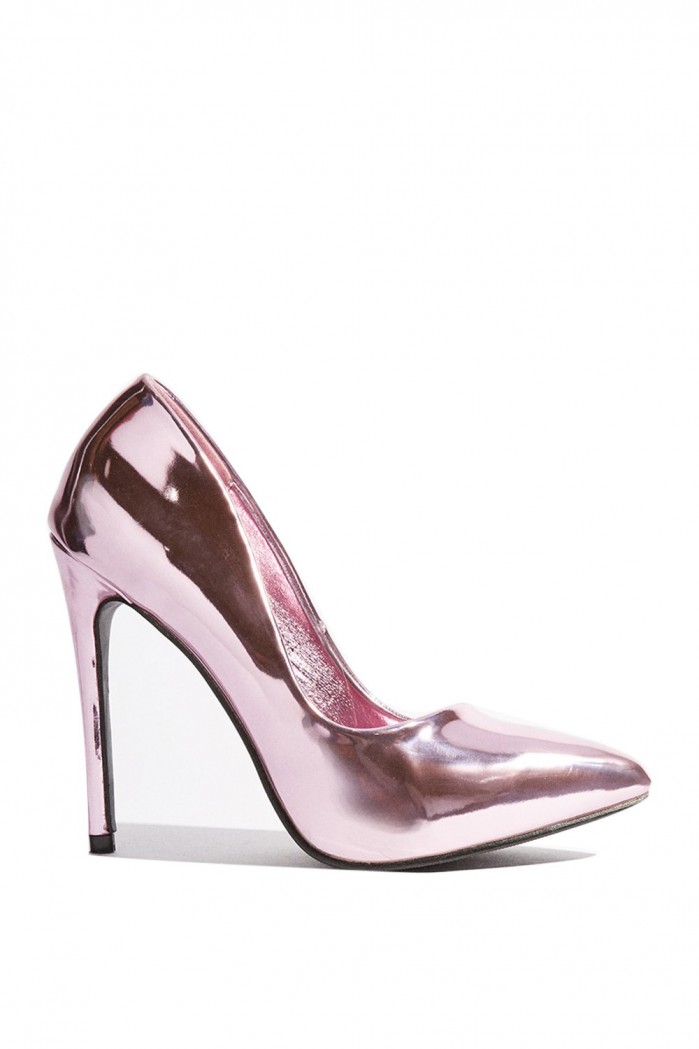