She had welcomed her first child with French partner Leyman Lahcine in December last year. And after enjoying some time away to enjoy the throes of motherhood, Paloma Faith has now made a return to music and is currently on the promo trail for her new single Crybaby. The singer, 36, was seen making a stylish exit from the BBC Studios in London on Saturday, following her appearance on Radio 2, clad in tailored two-piece suit and show-stopping Gucci heels. 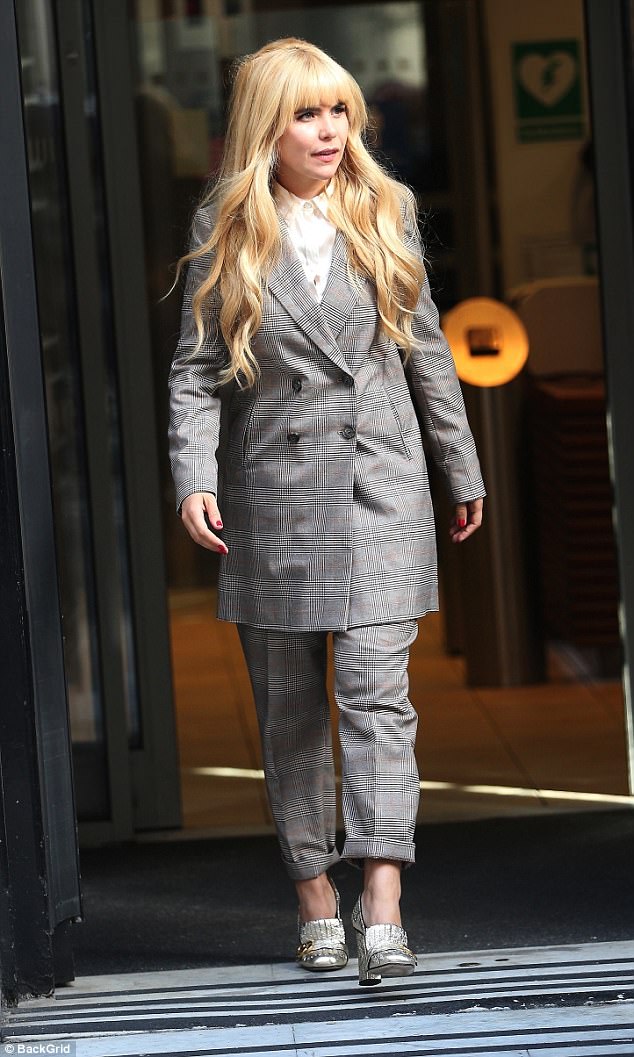 The Picking Up The Pieces vocal talent looked sensational as she stepped out in the capital, pairing together a long-line double breasted blazer and matching cigarette pants. She paired her finely checked suit with a white collared shirt underneath and added some height to her ensemble with her fancy designer footwear. 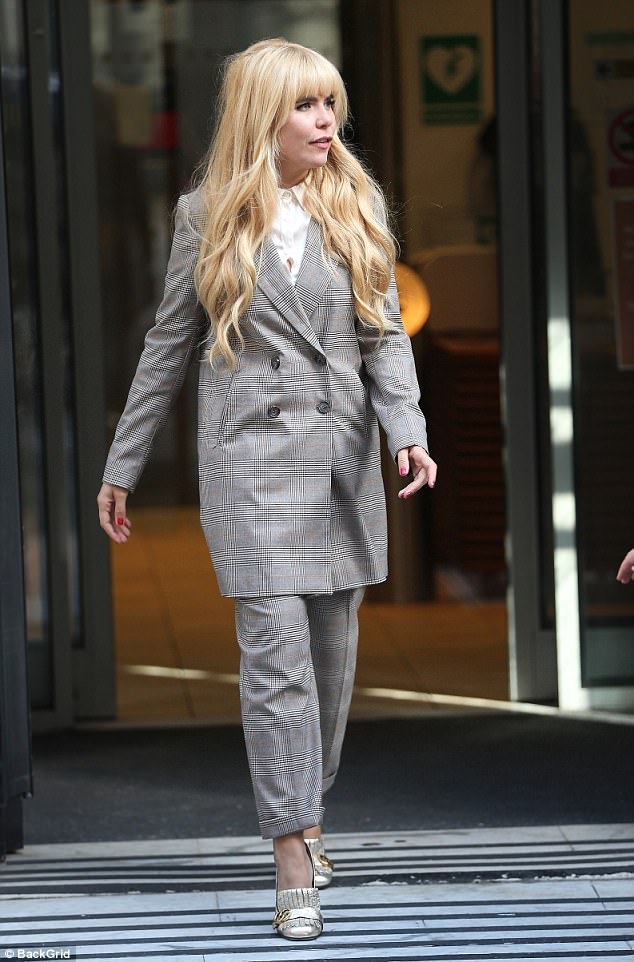 Paloma’s golden heels, that come with a hefty price tag of £565, certainly caught the eye – coming complete with fringed detailing across the front and a gold Gucci buckle on either shoe. She teamed her stylish outfit choice with a glamorous make-up look, sporting her trademark winged eyeliner, and wore her strawberry blonde locks down in soft glamorous curls that cascaded past her shoulders. 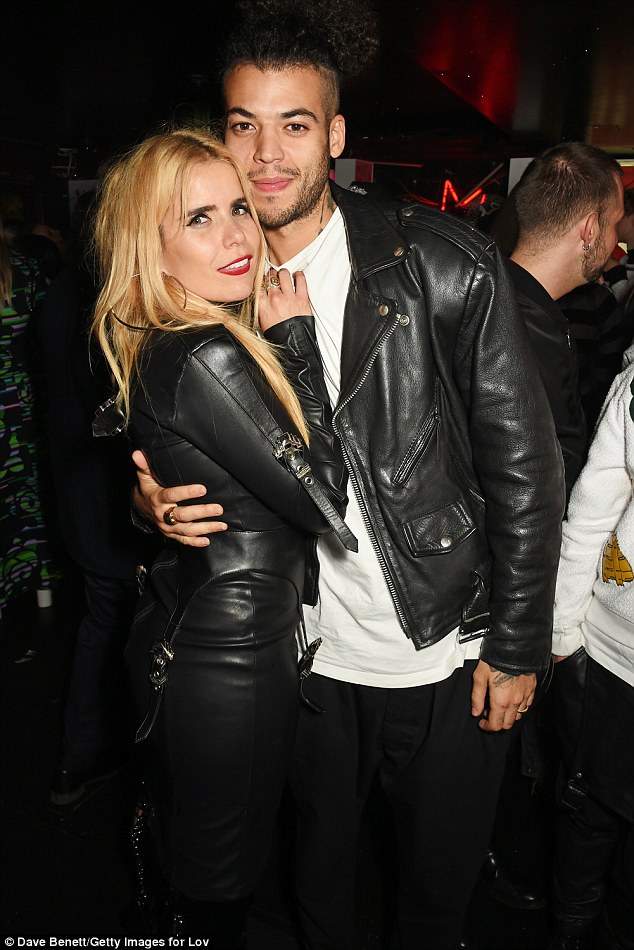 The starlet appeared at ease as she exited the studios, after stopping by to join Dermot O’Leary on his weekend show for Radio 2.  Her appearance in London comes after first time mum Paloma recently spoke out about her traumatic experience of childbirth. The beauty had welcomed her baby with partner Leyman nine months ago, now revealing she was in labour for 20 hours and had contracted a womb infection – leaving her baby’s life in jeopardy.

Speaking to The Sun, the songstress revealed the sheer horror she had gone through, admitting she ‘went to the gates of hell’ during childbirth. When Paloma had announced her baby news in December, she touched on her struggles while lauding the NHS for their help, yet she has now gone into further devastating details – although she insists she would ‘do it all again’ but also consider adoption. 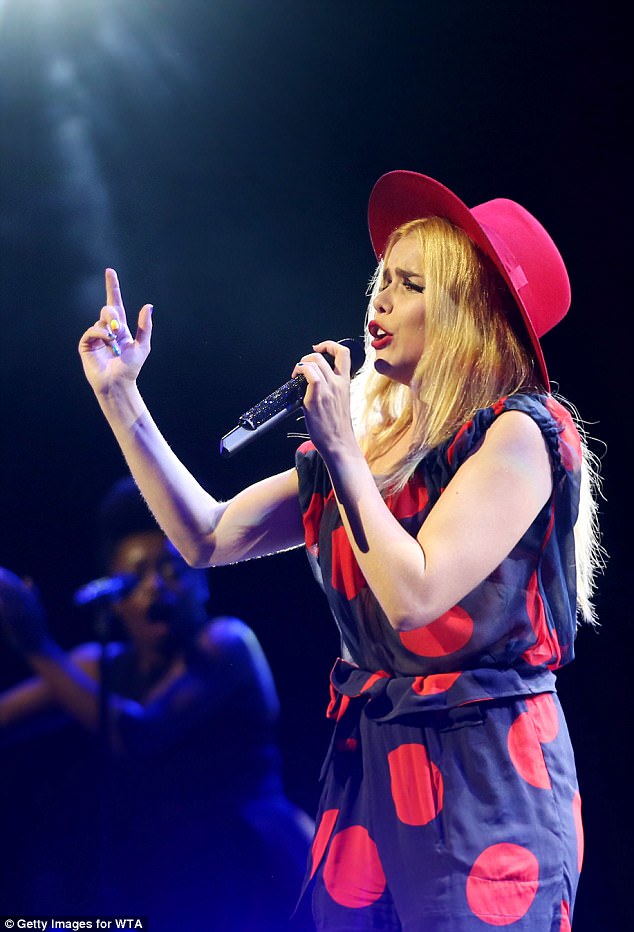 She has chosen to keep the sex and name of her child private, but despite her resolute silence, the star, who soared to chart-topping greatness with her 2009 album Do You Want the Truth or Something Beautiful?, candidly revealed: ‘Everything that could possibly go wrong went wrong. I had 20 hours of labour and a premature one and then I wasn’t dilating.

‘The baby was in jeopardy and so I had to have an emergency C-section… Then I had so much other stuff go wrong afterwards because I also had an infection afterwards of the womb. ‘I don’t think I could walk properly for two months… It was really awful, I don’t think my body was designed for it. Not to mention putting on three stone. I would do it all again… I just feel now like I want to adopt, I want loads (of kids) because it’s amazing.’ 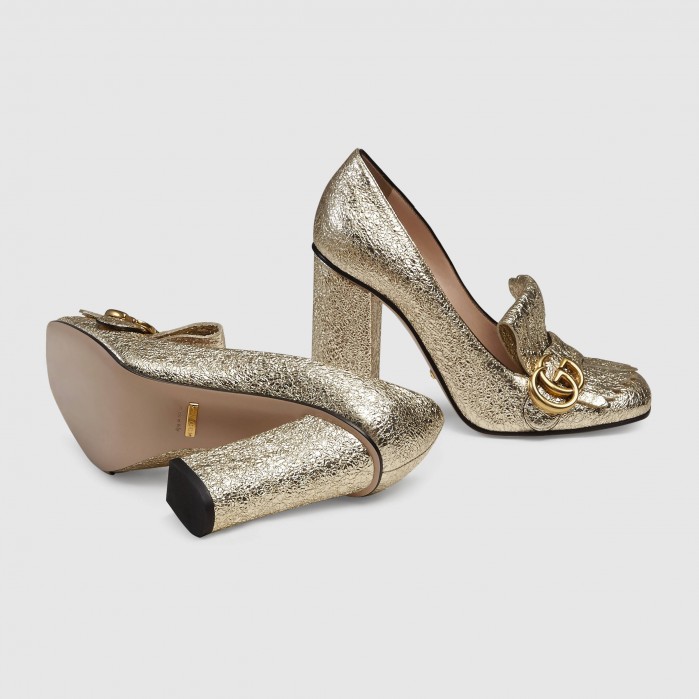 Looking as stylish as ever, the yummy mummy sports a sharp checked suit teamed with a pair of glitzy gold Gucci heels. We’re loving these shoes on Paloma. With their high block heel, they’re a modern and fun take on the loafer and the perfect party shoes too. 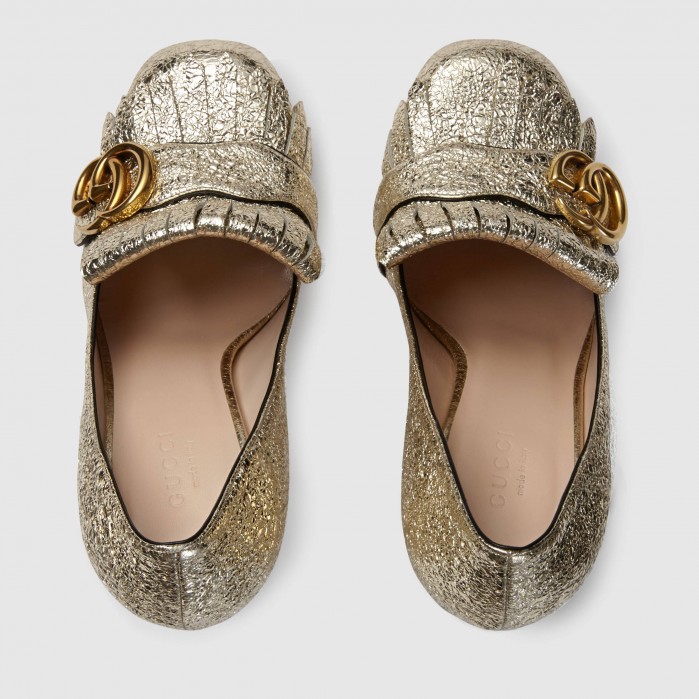 The good news is they’re available to buy so if you fancy giving your wardrobe a shiny metallic update then click (Buy) to snap up a pair now. 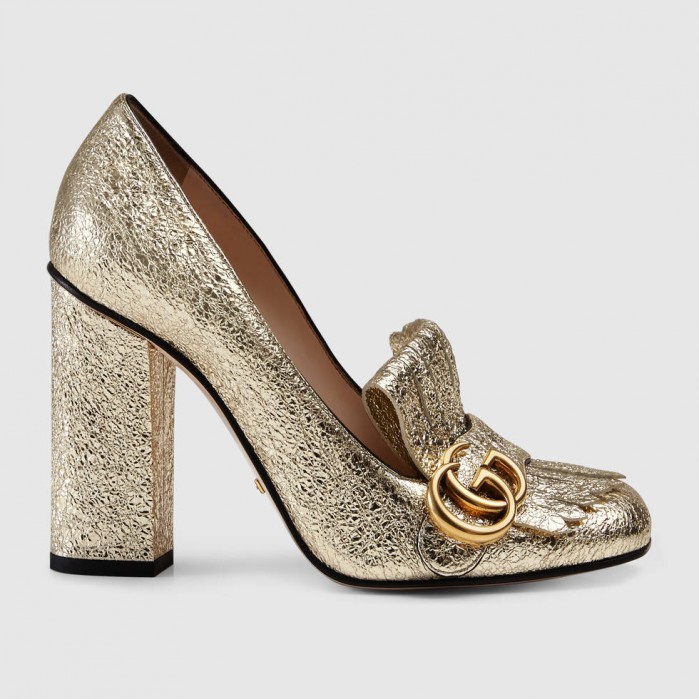 Or get the look with one of the options in our edit below, including picks from Public Desire & Asos: 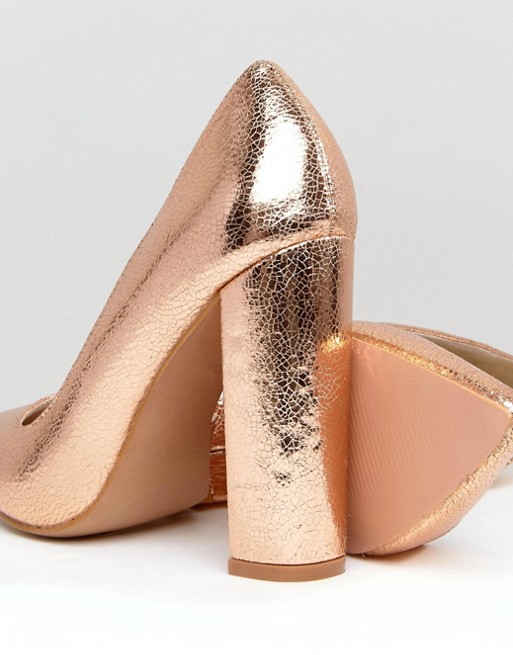 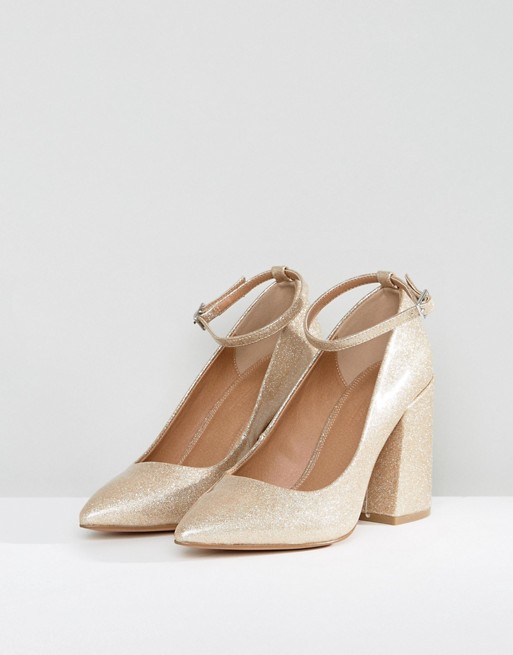