Dakota Fanning made a strong sartorial statement as she attended a series of business meetings in Beverly Hills on Wednesday. She never has a day off when it comes to style.

The 22-year-old actress looked effortless in an oversized navy shirt dress, which she sexed up with a pair of ruby red slip-on heels.

The former child star wore her blonde locks loose around her shoulders and accentuated her striking features with natural make-up.   The baggy number fell just above the star’s knees, while her 5ft4 in frame was accentuated with the unique footwear. 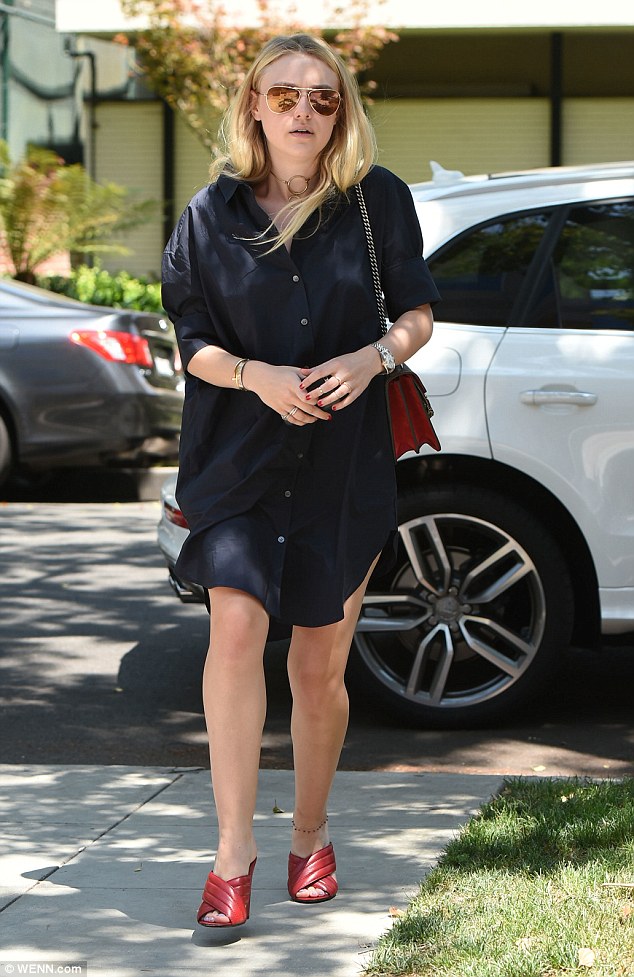 Dakota teamed her ensemble with a red leather chain-detail shoulder bag and kept her eyes sheltered from the Californian sun with a pair of chic mirrored aviators.

Dakota – who’s  currently dating British model Jamie Strachan – is next set to star in the film The Bell Jar with fellow former child star Kirsten Dunst. The actress – who is the elder sister of Elle Fanning, 18 – will play mentally-unstable Esther Greenwood in the adaptation of Sylvia Plath’s sole 1963 novel.

Incredibly busy on the career front, Dakota will also likely head to the Toronto International Film Festival next month for the premiere of her revenge western Brimstone alongside Kit Harington and Guy Pierce. 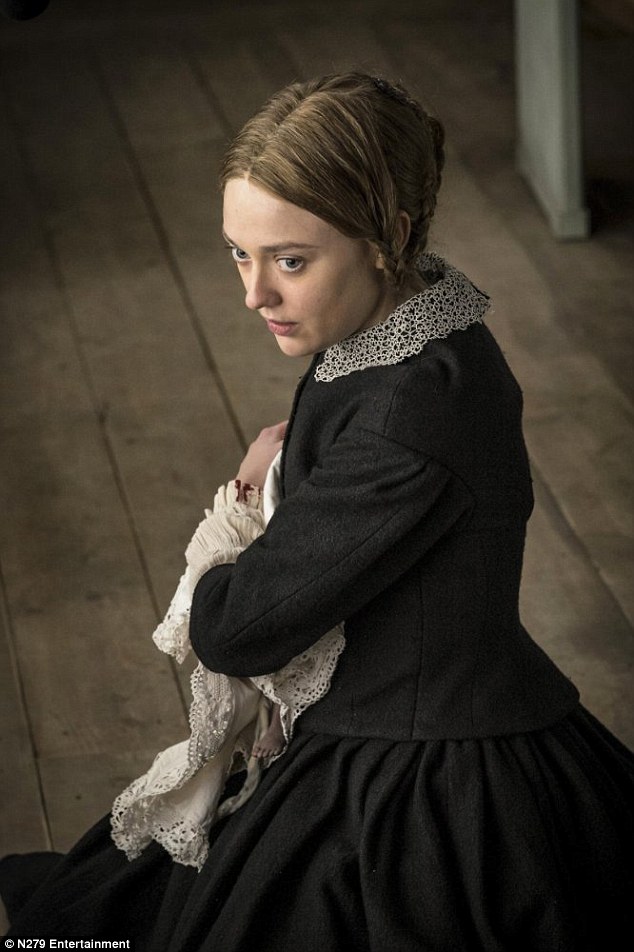 The postwar dramedy – based on the 1997 Philip Roth novel – will hit US theaters October 28 and UK theaters November 11. ‘I’ve never planned anything,’ Dakota explained to Metro in January of selecting acting projects. ‘I’m not a snob. I don’t really know how to do anything else.’

And as of January, Fanning was still studying gender in cinema part-time at New York University’s Gallatin School of Individualized Study.