Nadine Coyle,32, is a an Irish singer , songwriter and actress. Coyle rose to the fame in the early 2000’s as a member of the girl group Girls Aloud. With the group, Nadine has been successful in achieving a string of 20 consecutive UK top ten singles, received nominations for five BRIT Awards ,winning BEST Single in 2009. She has a baby with former American football player Jason Bell with whom she had a relationship full of up and downs. They settled permanently when the baby arrived in February 2014 and are still together.

From 2000 to 2009 the band Girls Aloud worked very well, but in 2010 they disbanded and this was when Nadine started her solo career. It’s true that the group reunited shortly after until 2013 ,but it was clear that they couldn’t reproduce the success and unity they had in the past now, being more mature and individual minded. Nadine talked yesterday about a possible brief reunion of the group ,but not too soon or for sure. She talked about every member having different priorities and the fact that they are not kids anymore , but that doesn’t mean an one time reunion is out of the discussion.

After her interview with ITV she was spotted at BBC Radio 2 sporting a black jumper and leather black trousers having a biker chic kind of casual. 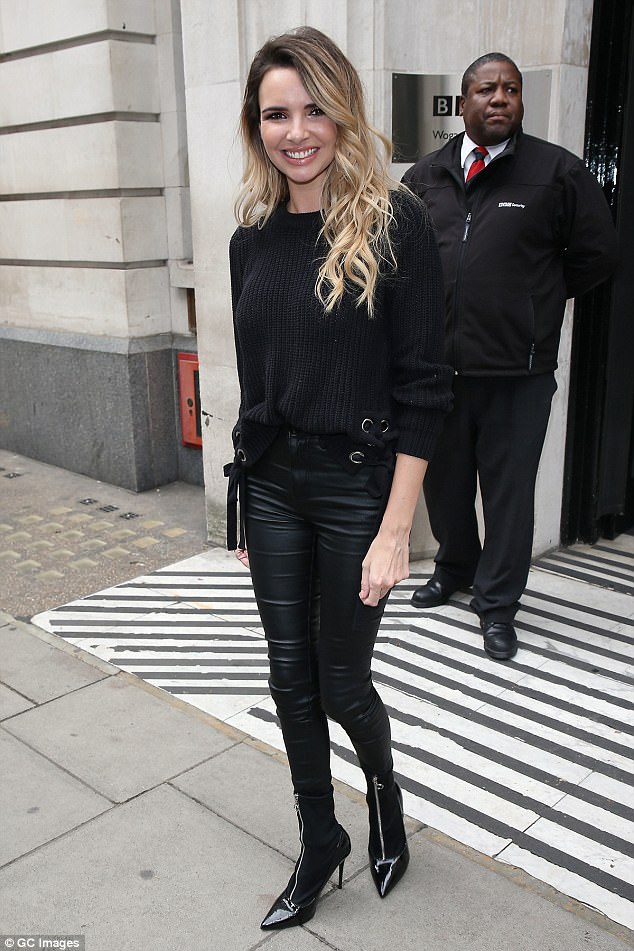 Her boots were the perfect choice. With all the Fashion Weeks we have seen that sock boots were very present on runway shows, so it was a matter of time until the trend catched on the street as well. Nadine sported a pair of River Island patent zip front sock boots and it turned the outfit very very unique and chic. If you want something new and fun this fall to try , these boots are the best for a change. 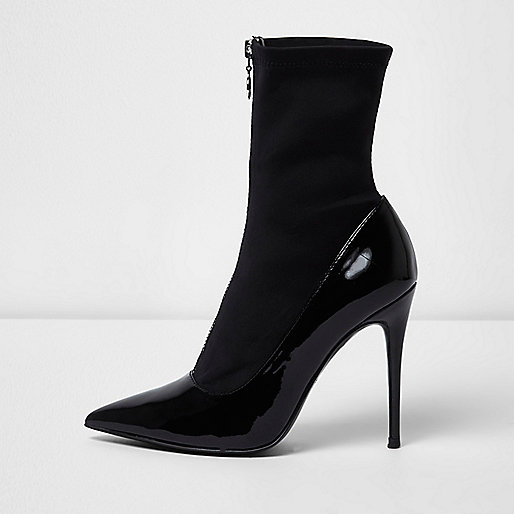 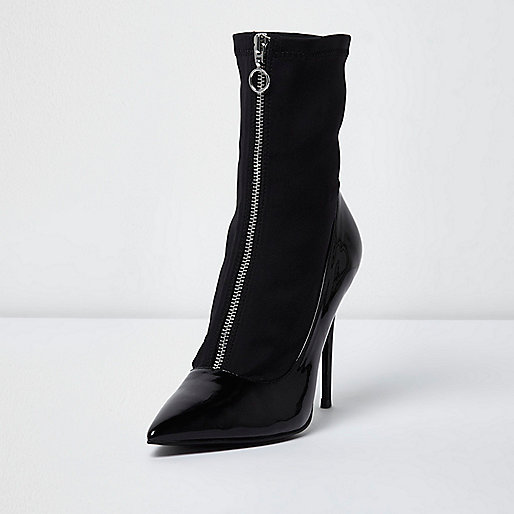 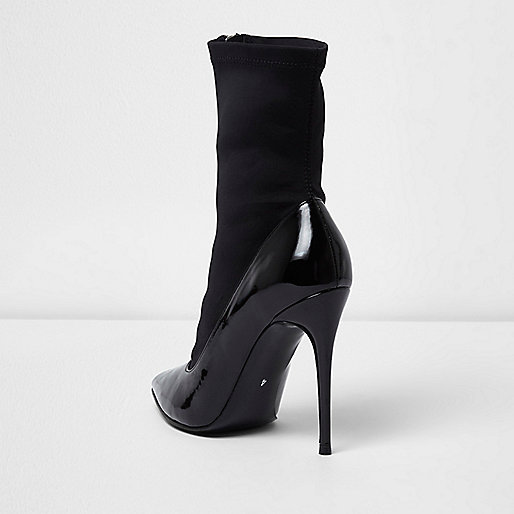 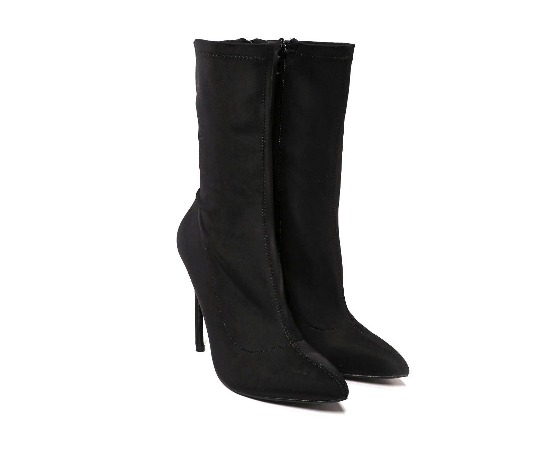