She became the fitness envy of many after her iconic white bikini-clad appearance under the I’m A Celebrity… Get Me Out of Here! shower in 2006. And Myleene Klass, 39, proved she can still set pulses racing 12 years on from that infamous waterfall scene as she posed completely naked for her latest sizzling campaign. The broadcaster – who is set to turn 40 next month – upped the ante in her flesh-flashing shoot which celebrates the launch of her first home workout programme MyBody By Myleene Klass, out on Friday.

Launching her latest fitness venture, the mother-of-two commanded attention as she flaunted her incredible figure with aplomb, posing with a pair of boxing gloves which covered her modesty. The petite beauty, who first found fame on 2000’s talent show Popstar, smoldered down the camera as she displayed her gym-honed curves while leaping in the air for the perfect action shot. Leaving little to the imagination, she highlighted her slender pins and pert posterior as she posed in a starting position while her brunette locks were worked off her face. Speaking about her new fitness venture, Myleene admitted she was inspired by her impending 40th birthday in March to film her DVD, but most of all she wanted empower women with her fitness secrets. 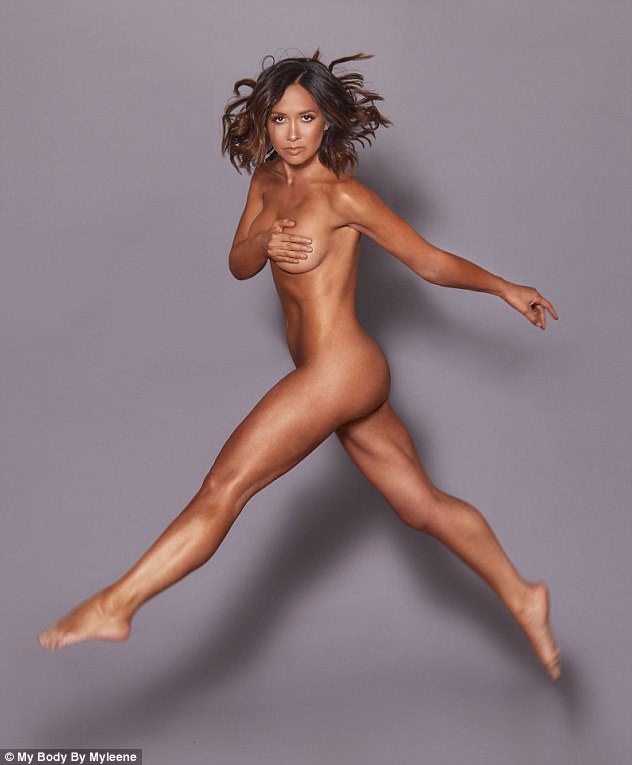 She told MailOnline: ‘I’m turning 40 in a month and couldn’t be more proud of the body I have. It’s given me two beautiful babies, it’s carried me through good times and tough times, and it’s allowed me to be a strong and successful woman. ‘I filmed “MyBody” so that women would feel empowered, confident and capable of anything they set their mind to.’ 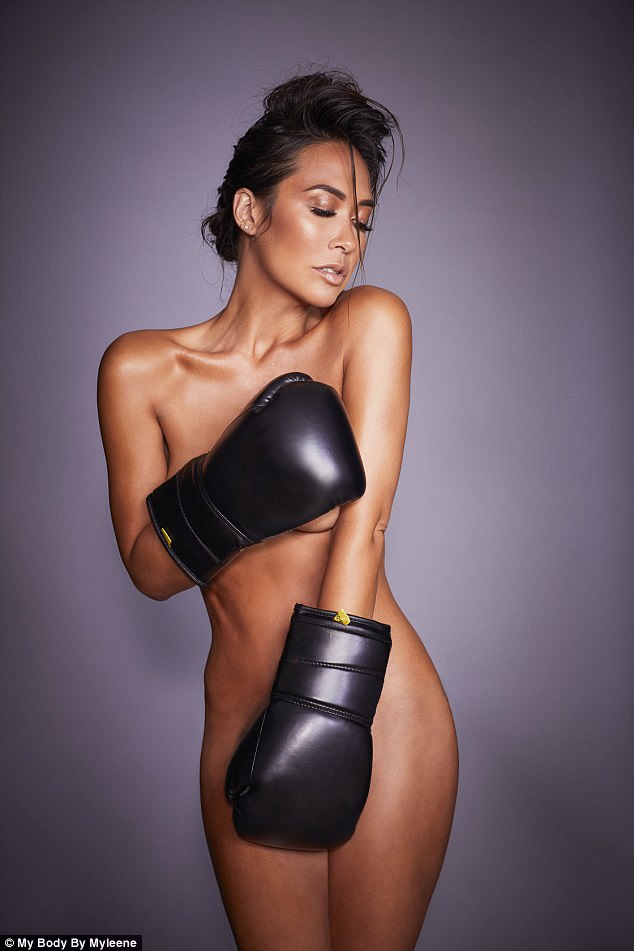 The Smooth radio presenter revealed her new fitness 12 week programme – which was filmed in Dubai – focuses on offering busy women and mums a new way to work out and consists of three 30 minute workouts a week. 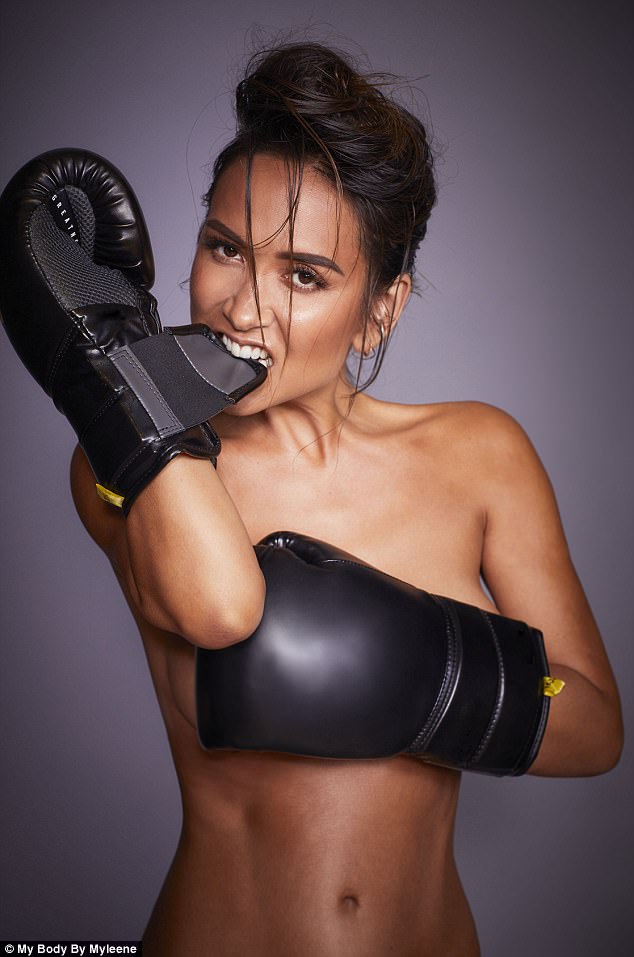 She shared: ‘I have been asked to do a fitness DVD for years but have never felt it was the right time until now. After having two children, I wanted to help other mums and busy women find a way to stay fit that works for them. I wanted to create a programme that doesn’t just show women what moves to do, but to be a long-term guide – it is hard work but it is maintainable, not a lifestyle overhaul but small manageable changes to help women stay fit and see real results. Adding: ‘This isn’t just about weight loss, I wanted to make women feel strong and confident in their every day lives.’ 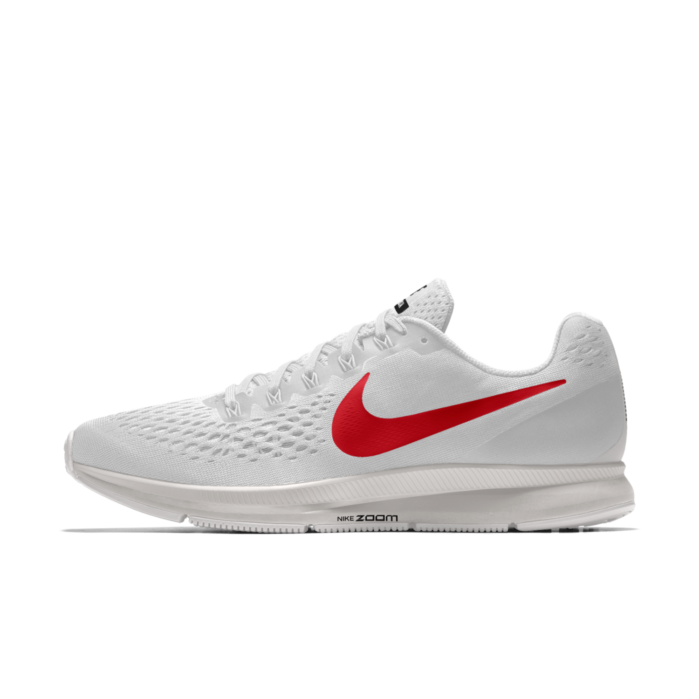 Myleene Klass’ fabulous figure has been a hot topic since appearing on I’m a Celebrity Get Me Out Of Here, so it’s surprising she hasn’t released a fitness DVD until now. 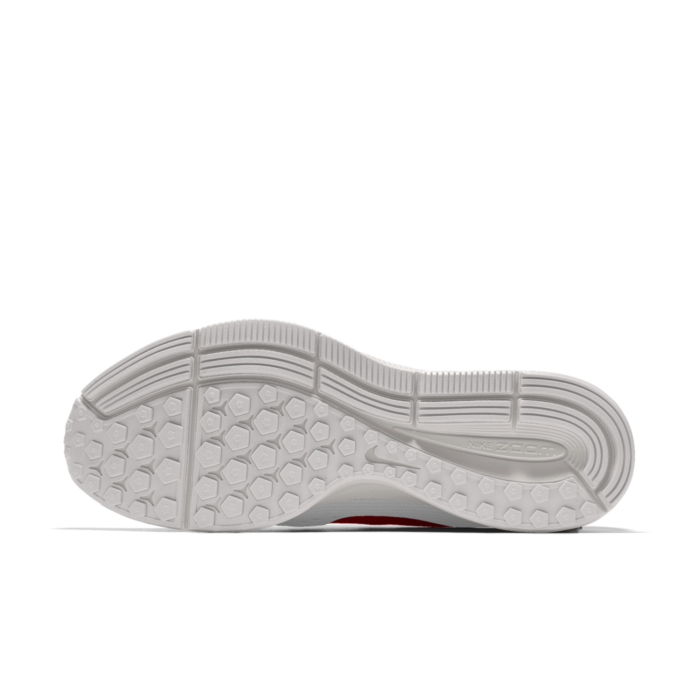 She has just launched ‘MyBody by Myleene Klass’ and her promotional shots for the fitness venture show off just how strong, healthy and toned she is completely in the nude…that is apart from a pair of trainers. 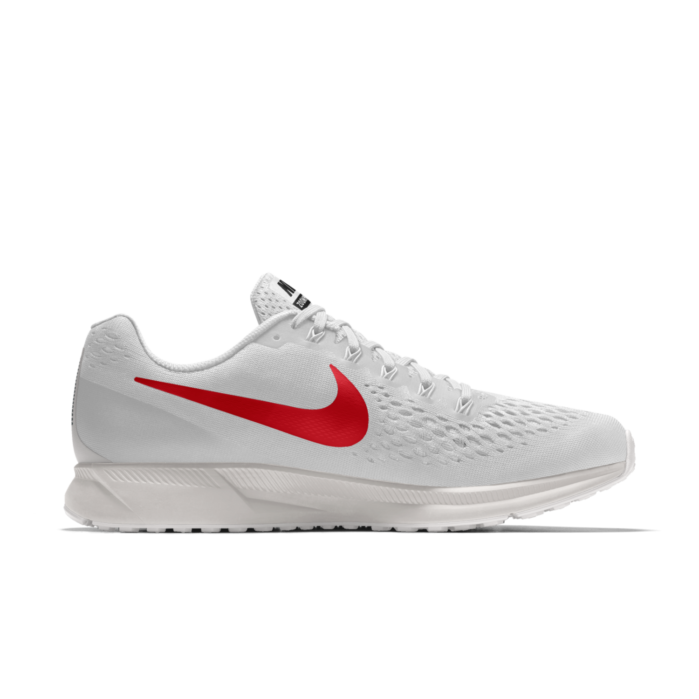 Mylenee’s cool kicks are by Nike – easily recogniasble by the swoosh tick logo. We love the slick white pair with gold accents that really makes them shimmer. Want to bag the Zoom Pegasus pair for yourself? Click right to snap them up. 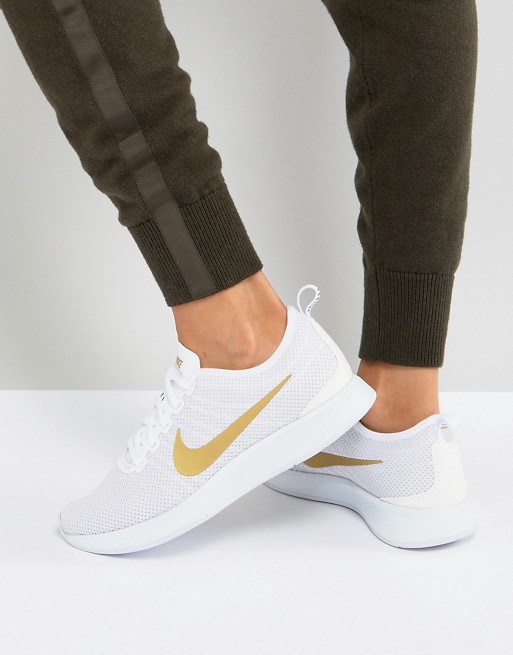 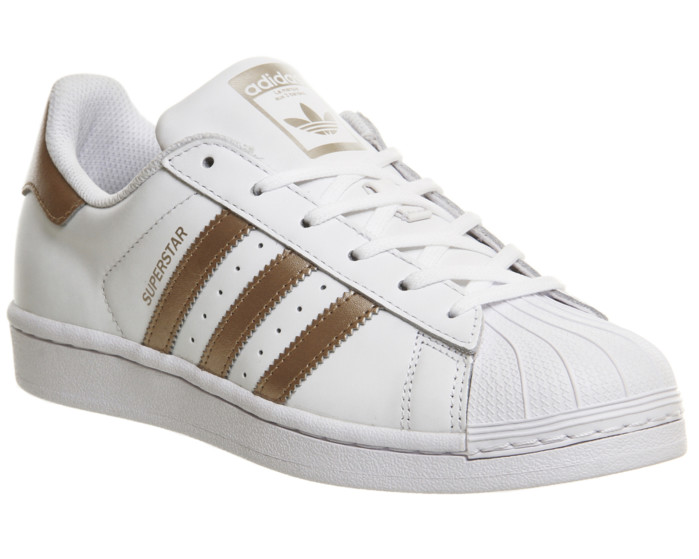