Margot Robbie, positively shone as she walked the red carpet in London

Margot Robbie, positively shone as she walked the red carpet in London

It’s landed her an Oscar nomination for her role as disgraced figure skater Tonya Harding. And star of I, Tonya, Margot Robbie, positively shone as she walked the red carpet for the film’s UK premiere at the Curzon Mayfair Cinema in London on Thursday evening. The blonde actress, 27, looked every inch the movie star as she stepped out in a floor-length gown, dripping in silver, black and white sequins – clearly a nod to her skater character – a role she told MailOnline she’d never have been able to play if she hadn’t taken matters into her own hands. 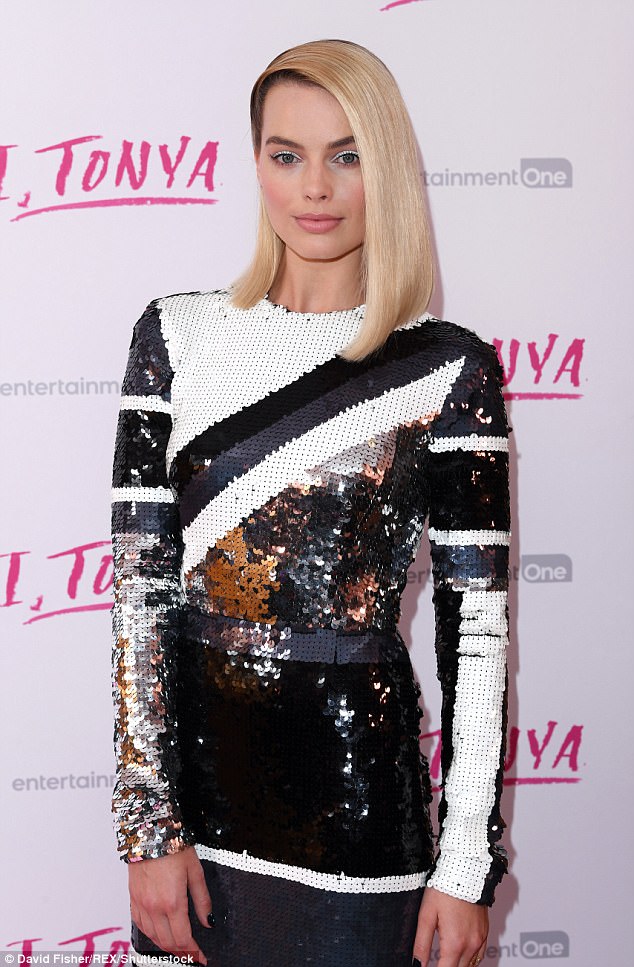 The Wolf Of Wall Street star, who produced the movie herself, said: ‘I definitely don’t think anybody would have given me this role if I hadn’t gone after it and I just wasn’t prepared to wait another 10 years for someone to happen to offer me a role like this.’ 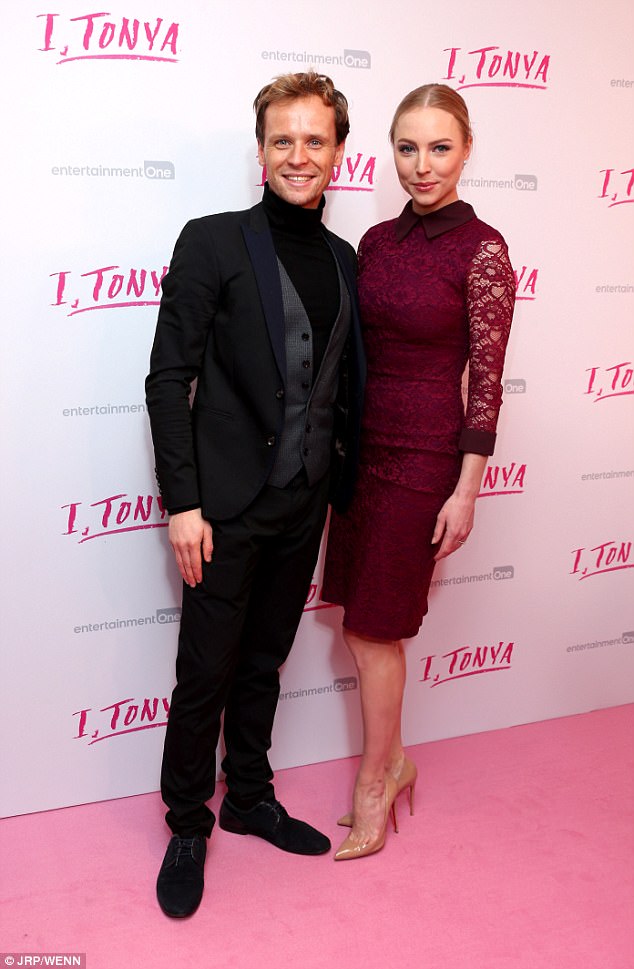 She admitted: ‘It was a difficult script to make from a producerial point of view, it had a lot of challenges and you were never going to get a tonne of money for something so unconventional. ‘It’s the Olympics, it spans over four decades and there’s a lot of things that make it expensive, it was a period script. It was a huge undertaking as new producers. It was amazing and I think taking a gamble like that can pay off.’ 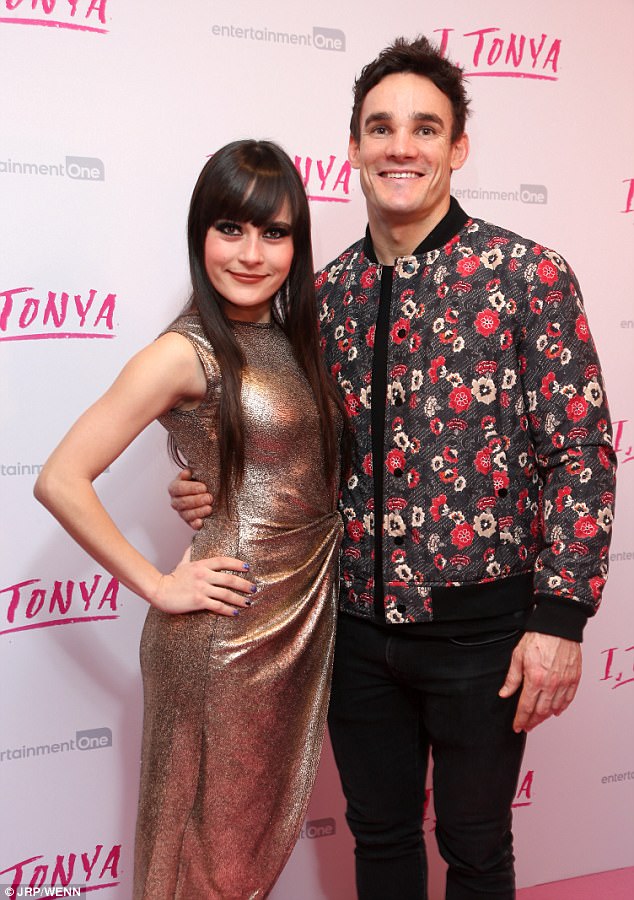 The Australian blonde looked the epitome of sleek in the dress, which covered her lithe arms and long pins, falling dramatically to the pink floor. The zebra-like print featured stripes, strips and paneling of black, silver and white, which shimmered in the premiere lights. Margot offset this with black nail polish and white eye shadow, keeping the rest of her make-up natural and clean. She swept her golden tresses into a dead-straight side bob and smiled lightly for the cameras. Margot is nominated for Best Actress in a Leading Role while her co-star Allison is nominated for Best Actress in a Supporting Role for I, Tonya at the 90th Annual Academy Awards on March 4. 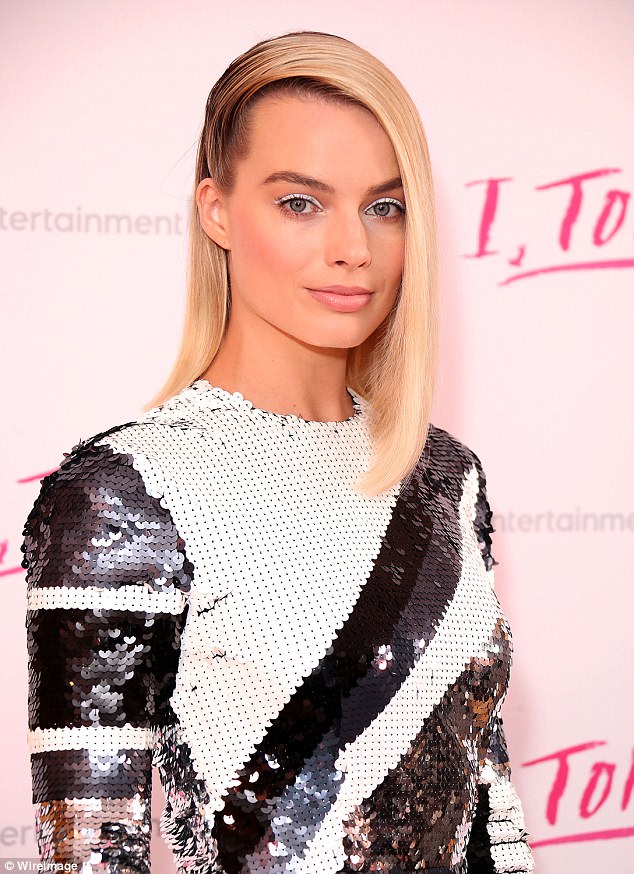 Margot enjoyed a glass of champagne with her husband Tom Ackerley, whom she produced I, Tonya with, after the red carpet. He was seen sharing a moment with his wife before walking the carpet and was seen to talk calmly to her to relax her nerves. Margot was joined on the red carpet by co-star Allison Janney who appears alongside her in the biopic.  The 58-year-old actress looked spectacular in a floor-length dress, with her chestnut mane loosely falling around her lithe shoulders. 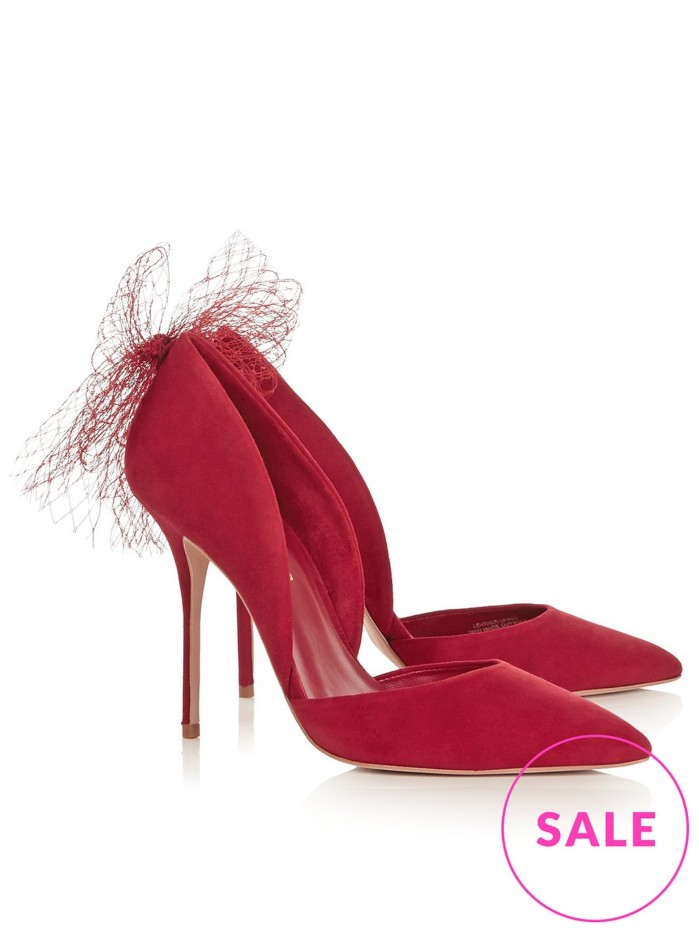 Candice Brown attended the premiere of Margot Robbie’s latest film in London last night, but she certainly won’t be doing any figure skating in these swoon-worthy heels! They’re Kurt Geiger London and they’re the perfect thing to add a pop of colour to her little black dress by Zeynep Kartal. 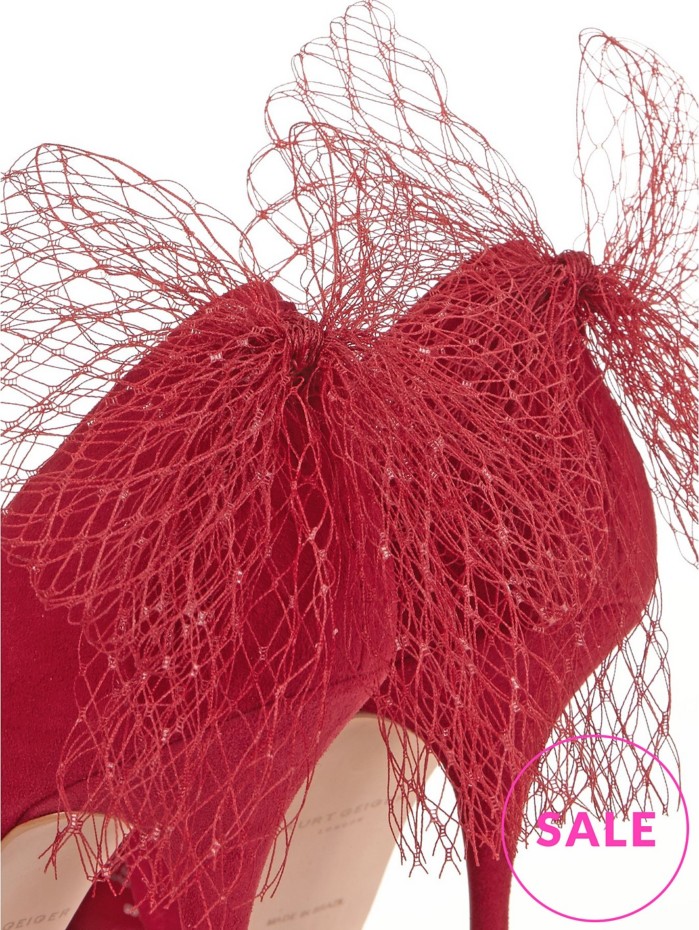 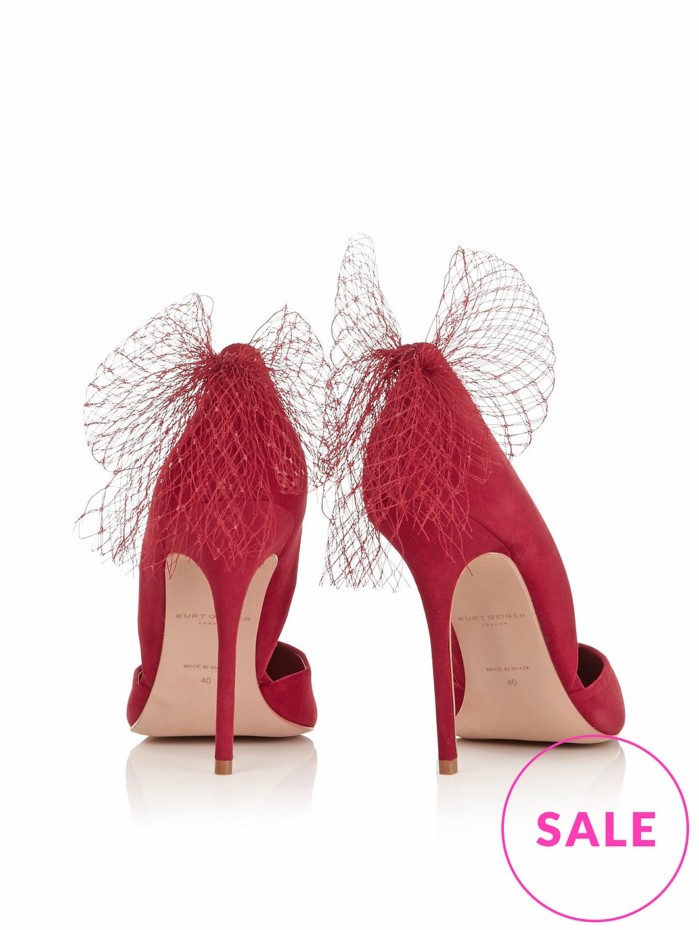 Check out the net detailing on the heel, which adds extra drama to these already statement shoes. They’re now reduced to half price in the Very Exclusive sale so treat yourself by clicking the link (right). Or see red and check out the lookalike options in our edit below: 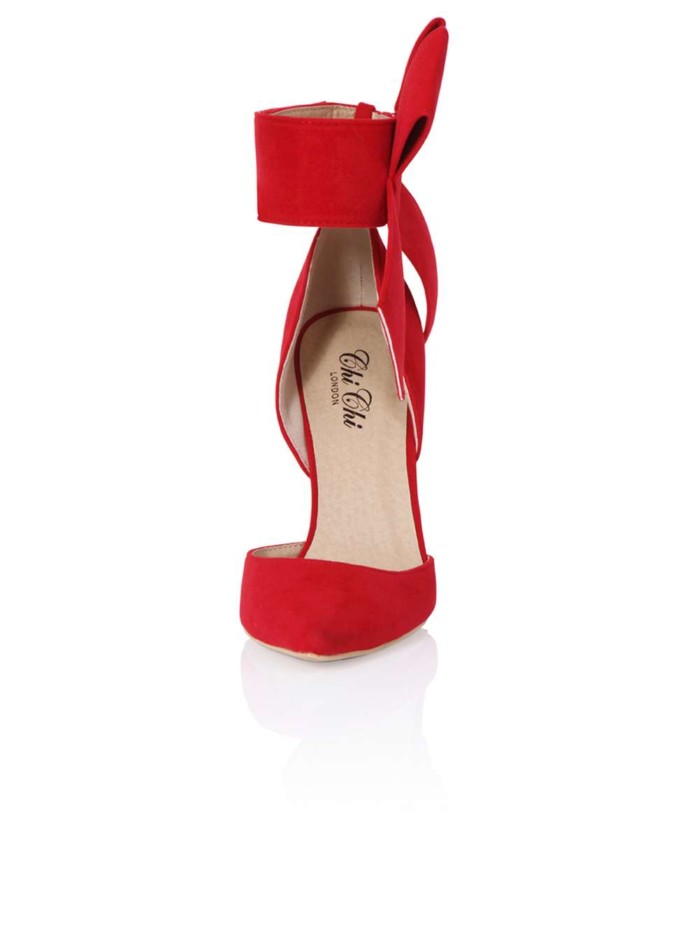 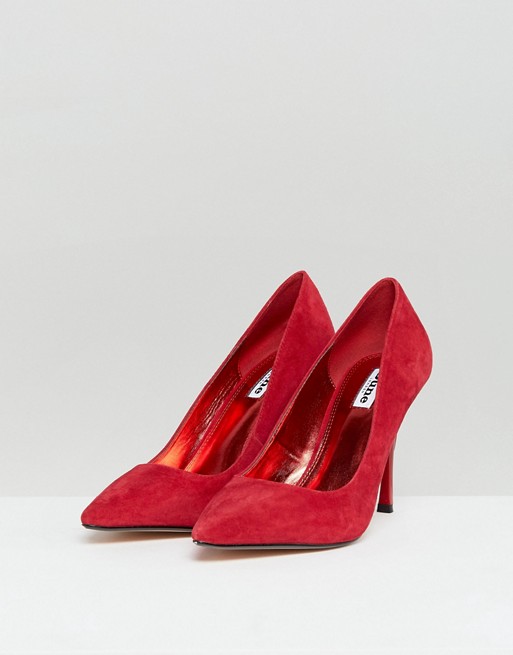