Louise Redknapp has revealed she is living apart from husband Jamie after competing in Strictly Come Dancing last year.  In a candid interview with The Telegraph, she admitted she felt like a Stepford Wife with her husband of 20 years before she pursued her passions by competing in Strictly.  Louise has insisted that neither are pushing for a divorce currently but admitted she ‘needs’ to be apart from him while she re-evaluates her life. 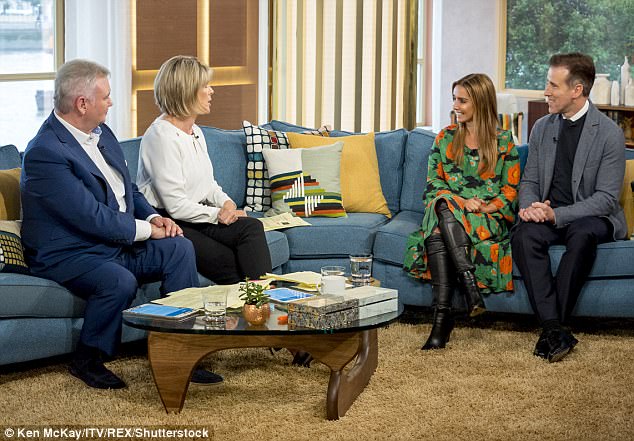 Louise, who said the hardest part was moving out while still being in love, said: ‘He’s an amazing man and we’ve had 20 good years together. I know he’s trying to understand that I do need to do this.’ 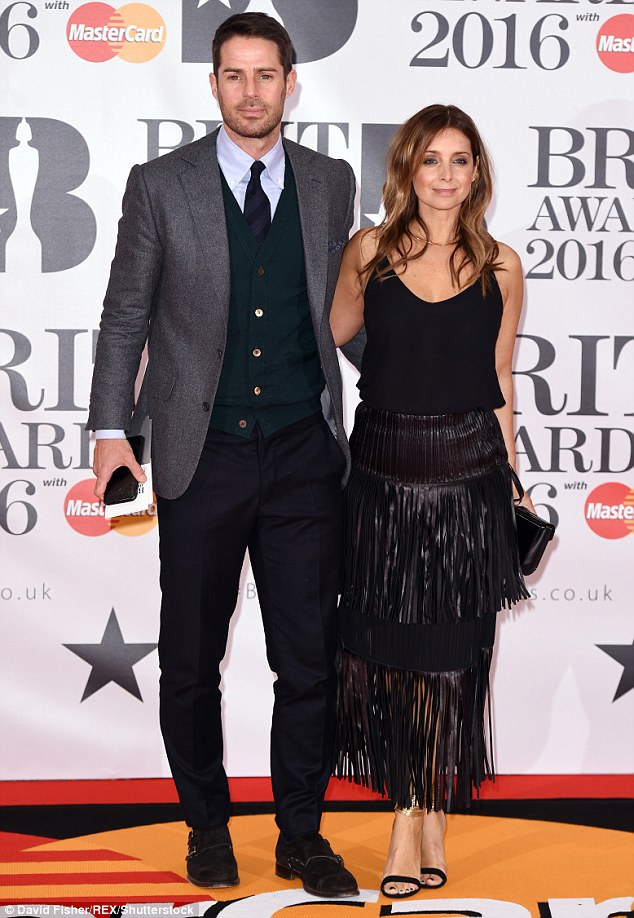 Admitting that she’s not sure what this will do to her marriage, she continued: ‘I have no idea what is going to happen, all I know is that I fought for this, it’s taken everything, but this is something I need to do – for me.’ The stunning songstress added that she had spent her life ‘pleasing everyone else’ as she feared being judged, but had regained her confidence after taking part in Strictly and realising that she wanted to perform again. 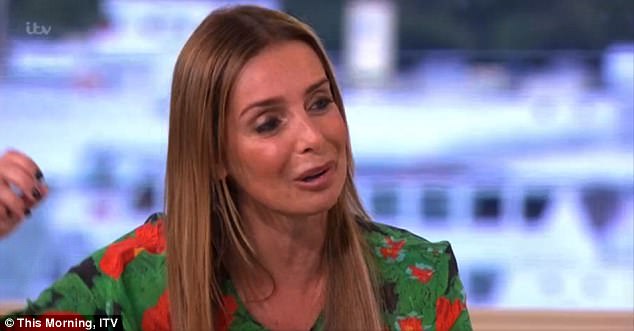 Louise’s tell all interview came after she proved she was still up for having a laugh and letting loose as she shared a fun and quirky clip with her Instagram followers on Saturday. Slipping into a pair of Fendi thigh high boots worth a whopping £ 1,090.00, the Eternal singer showed off her flexibility as she threw her leg into the air. Flashing her tanned and toned thighs, the mother-of-two seemed in great spirits as she performed a high kick whilst pouting for the camera. 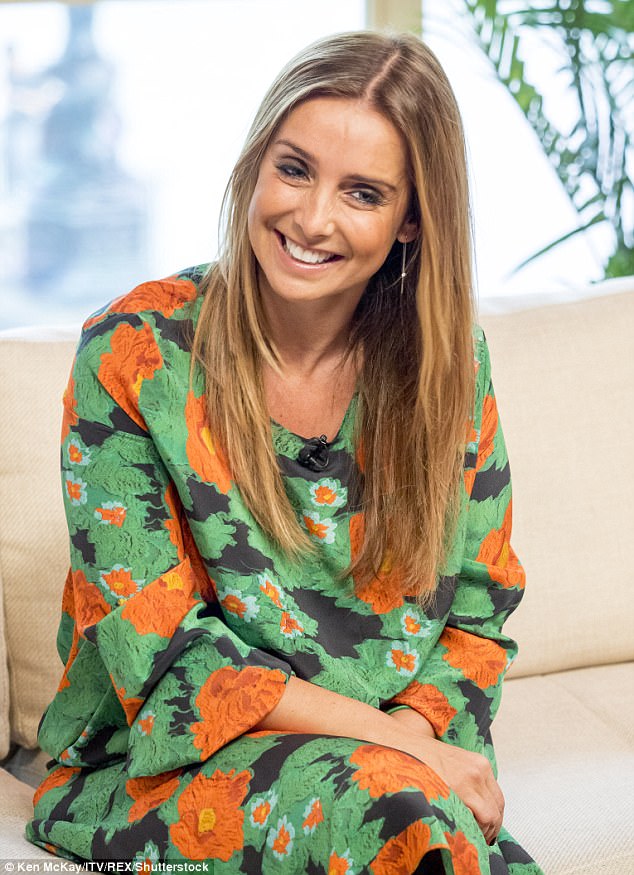 As well as her stunning boots and dress, Louise proudly flashed her wedding ring in the video, the same day husband Jamie, 44, was pictured playing at the 2017 Alfred Dunhill Links Championship at Carnoustie Golf Links, Scotland, on Friday without his wedding ring on. Jamie also forwent his wedding ring when he played on the course the day before. 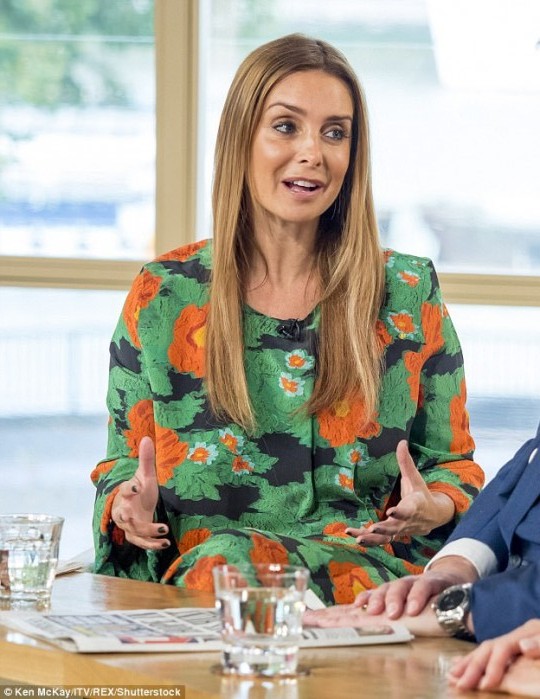 Former Eternal singer Louise is set to head on tour in December and will take to the stage for the first time in 15 years. It’s believed the starlet is nervous ahead of her upcoming gigs and has told pals she hopes they are ‘worth it’, as she has ‘sacrificed so much’ to perform again. 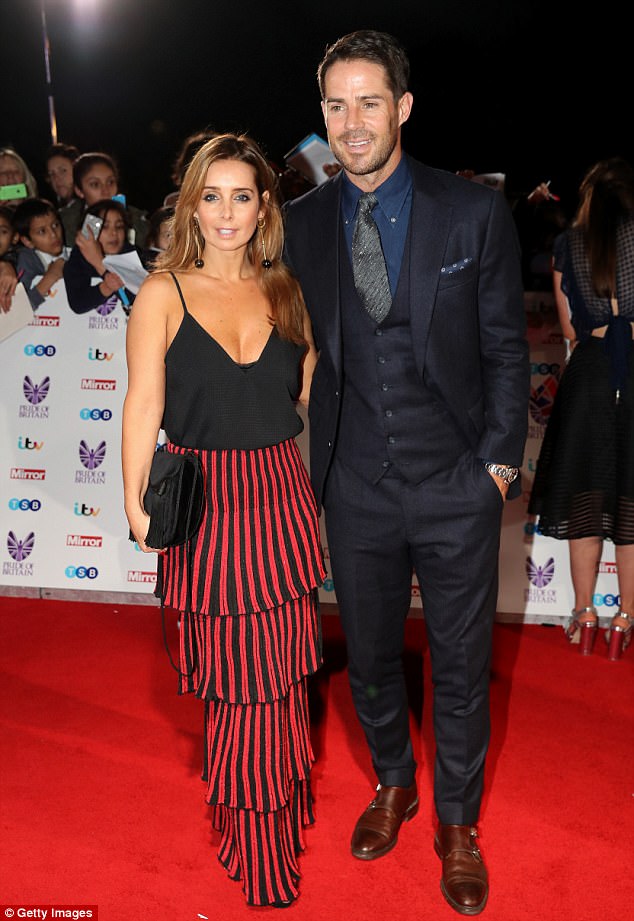 MailOnline have contacted a representative for Louise. Former Tottenham Hotspur, Liverpool and England midfielder Jamie, meanwhile, was pictured without his wedding ring while playing golf recently, just days after Louise had broken her silence on their marital woes during an appearance This Morning with her ring firmly on. 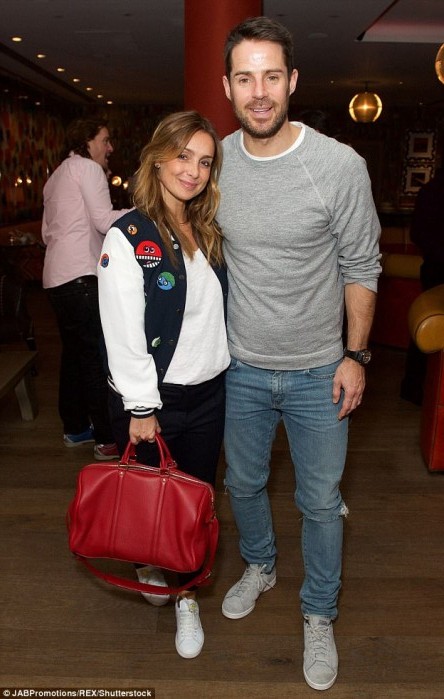 Dressed in a casual blue sweater, coordinating slacks and a baseball cap, Jamie put on a serious display as he instead focused on the task in hand, playing a shot during the second round of the tense game. At one point he removed his hat, revealing the beginnings of a hint of grey hair, perhaps the outcome of a stressful few months. 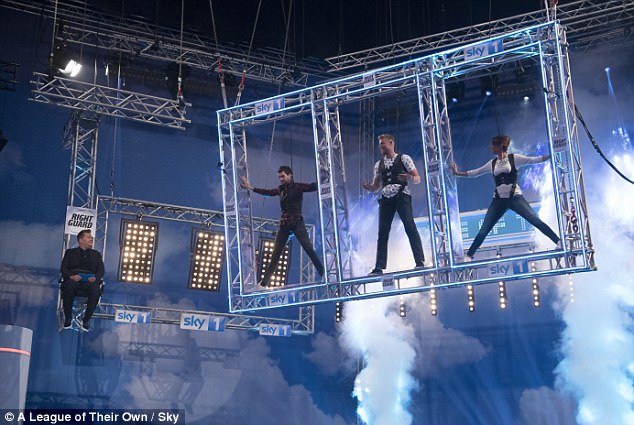 Jamie was playing a round with professional golfer Luke Donald and Hollywood actor Matthew Goode at the celebrity tournament. So far Louise has kept her own wedding band firmly on. 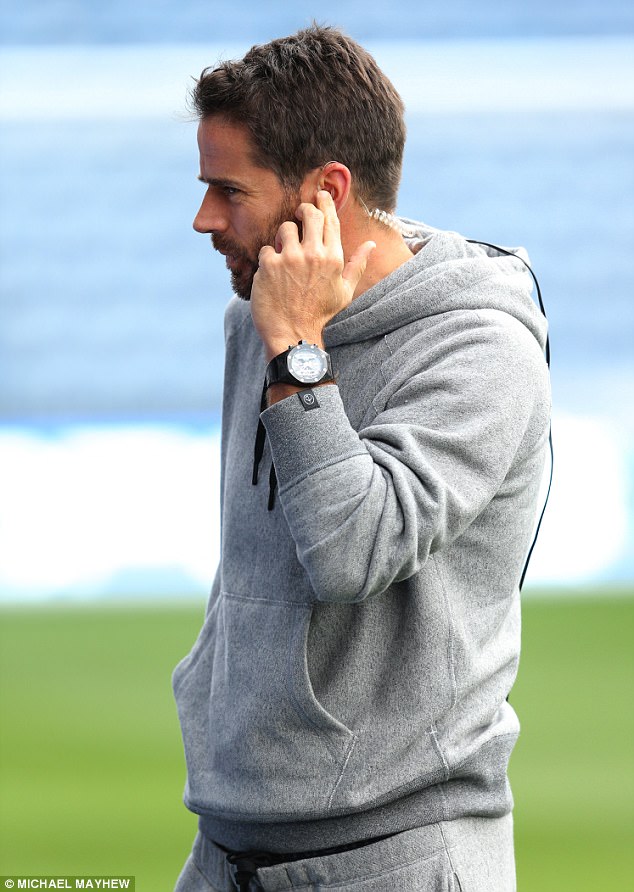 To add confusion to the latest state of affairs, Jamie’s wedding ring was back on as he prepared to film the new Sky sporting show at the beginning of the week. The former Tottenham Hotspur, Liverpool and England midfielder was joined by Jack Whitehall, Robbie Savage, Cesc Fabregas, Freddie Flintoff, Romesh Rangathan, Charlotte Dujardin and host James Corden  ahead of its fourth episode.  But it was the reemergence of his wedding ring, just days after wife Louise hinted at problems within their 19-year marriage, that caught the eye. 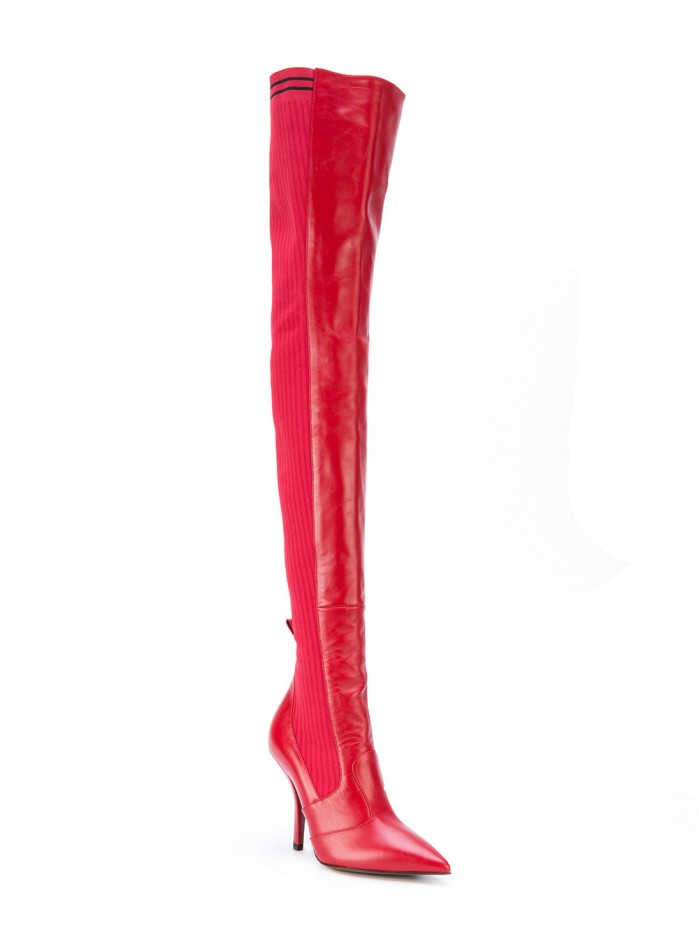 Italian fashion house Fendi is famed for its covetable collectibles like these red calf leather and cotton thigh high sock boots from Fendi. Part of a collection of shoes for AW17 that seamlessly blend a sporty aesthetic with classic shoe styles, these boots feature a stretch cotton back with a pointed toe, a high stiletto heel, a pull tab at the rear, a ribbed design and contrasting stripe details. 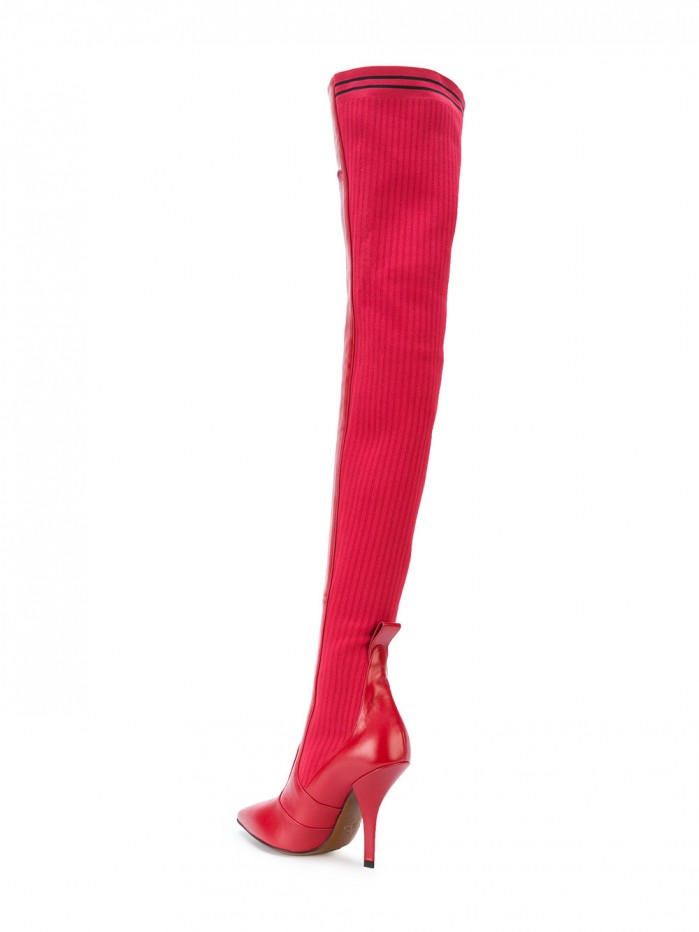 And the good news is they’re up for grabs at Farfetch, click the link (Buy) to buy them now. Thanks to labels like Balenciaga and Fendi, superhero brights are big news at the moment so these boots are spot on for channelling your inner Wonder Woman. 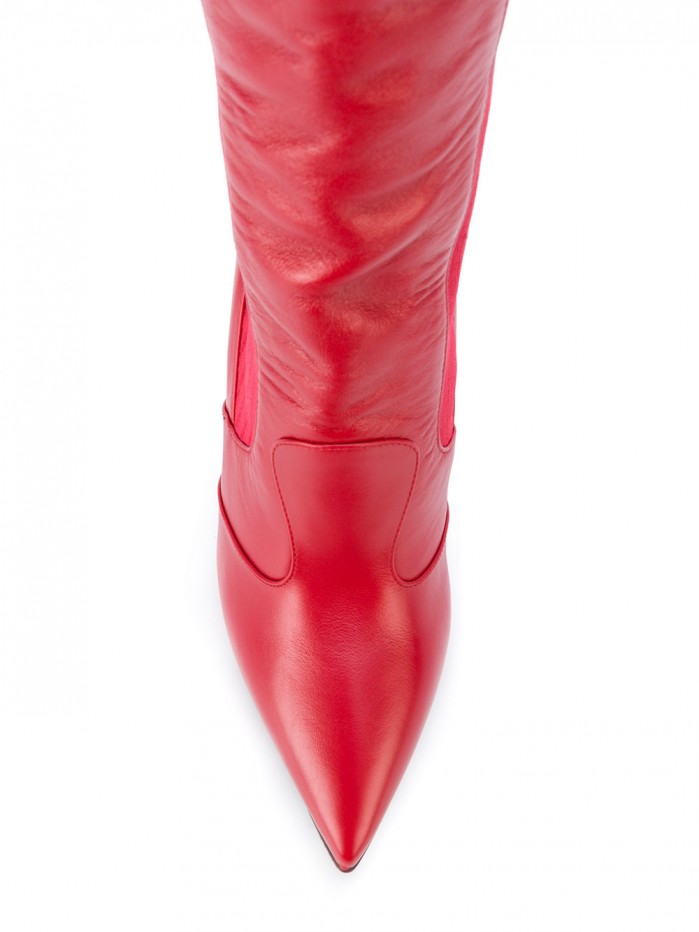 But if you want the look on a budget check out our lineup of alternatives below: 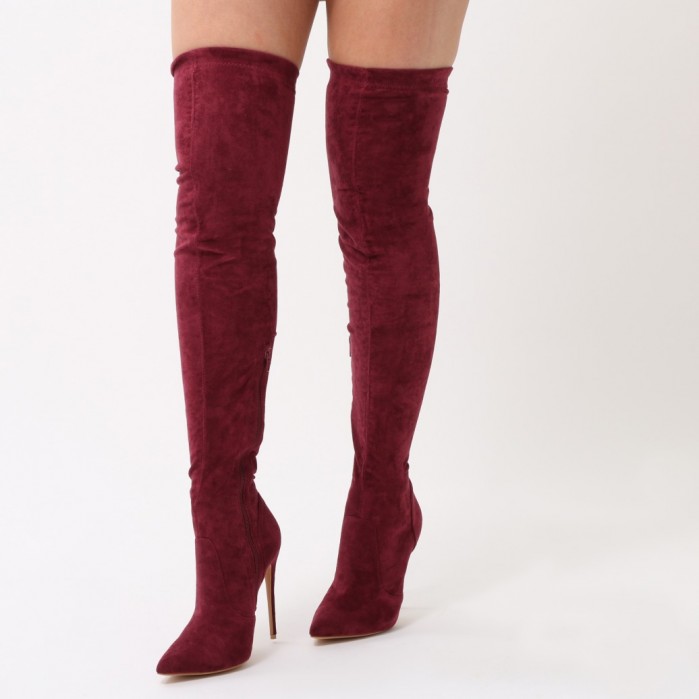 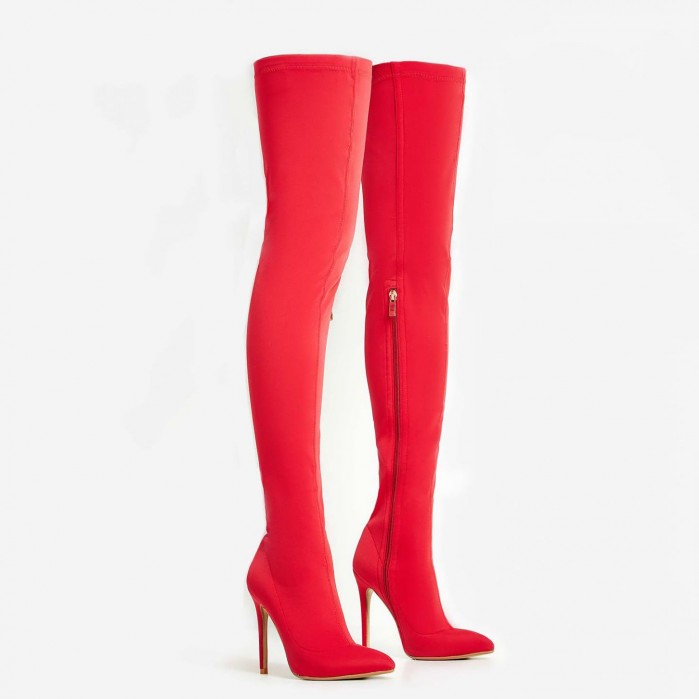