She’s been spotted on a number of date nights recently with her man Grigor Dimitrov. But Nicole Scherzinger opted to enjoy an outing with her pal Kelly Osbourne instead, as she stepped out at West Hollywood hotspot Craig’s on Thursday night.  The 38-year-old former Pussycat Doll looked sensational as she showcased her svelte frame in a stylish safari-chic ensemble. 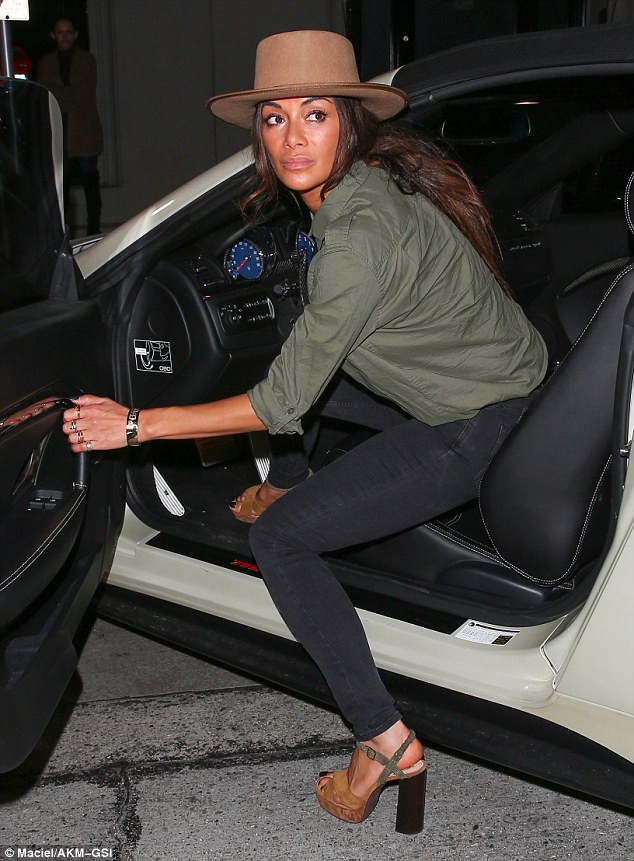 All eyes were on Nicole as she exited the celebrity favourite in a khaki green blouse which drew attention to her slim midriff. The Hawaiian born star teamed the look with a pair of skinny black jeans and bolstered her already statuesque height in chunky brown sandals.Nicole amped up her fashionista status in a wide felt halt, which complemented her casually unkempt ponytail. The former X Factor judge accentuated her striking features with aptly placed highlighter and a generous coat of mascara. 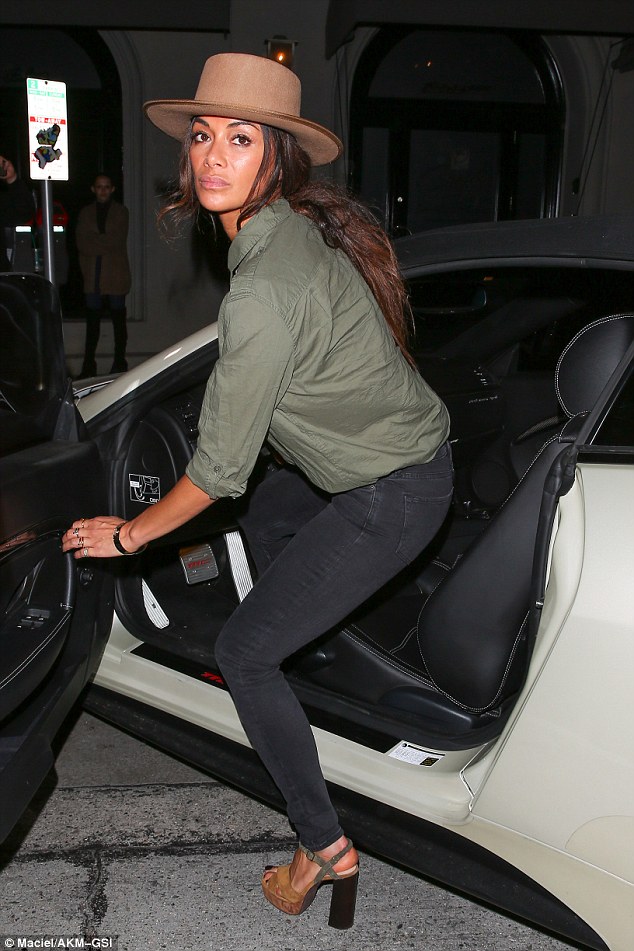 On Saturday, Nicole enjoyed a night out with her Bulgarian beau – who’s 13 years her junior – at the same venue. 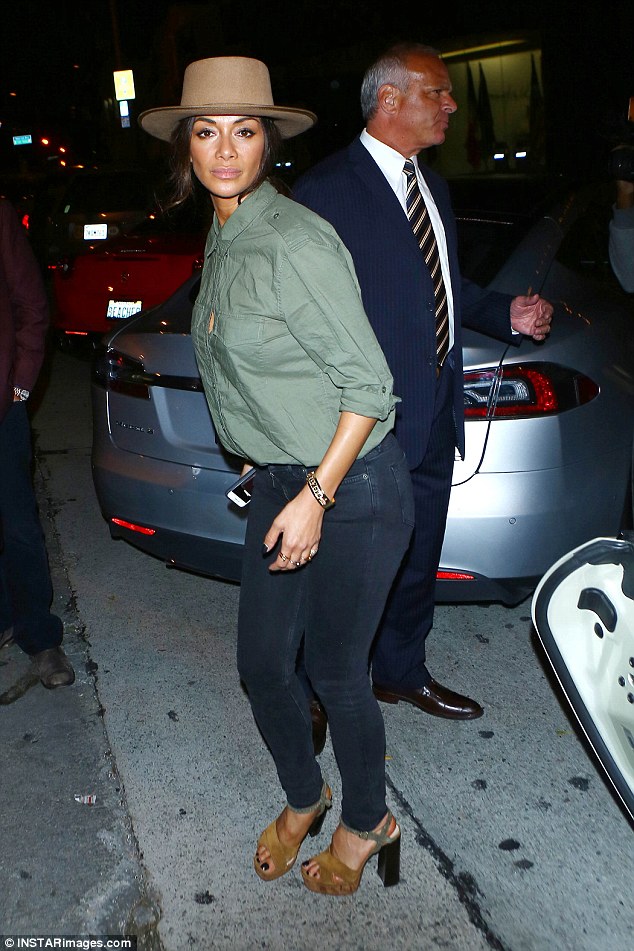 The talented vocalist emphasised her taut frame in a seemingly airtight peach bodysuit with no sleeves and a turtleneck. 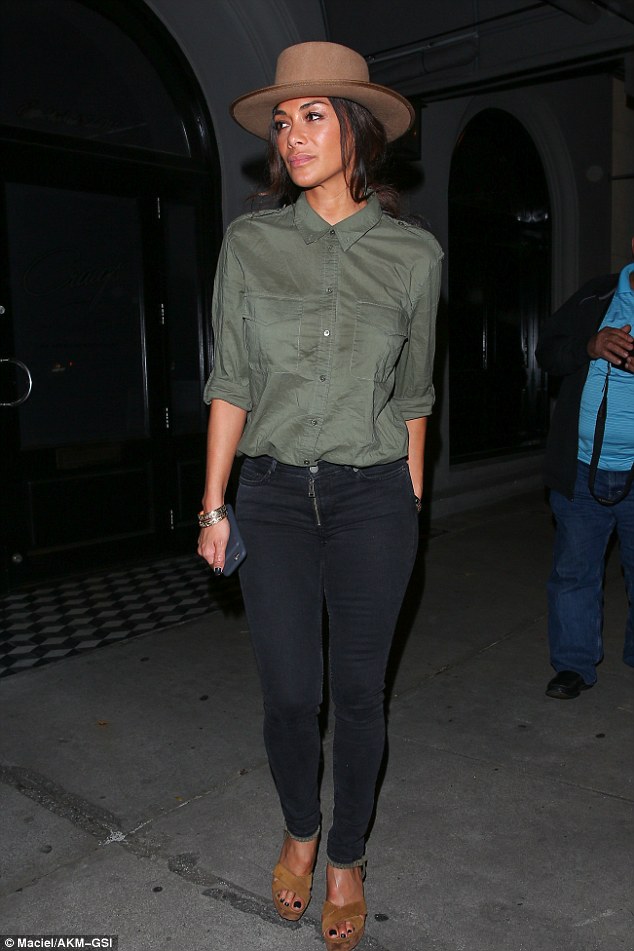 Nicole amped up her fashionista status in a wide felt halt, which complemented her casually unkempt ponytail 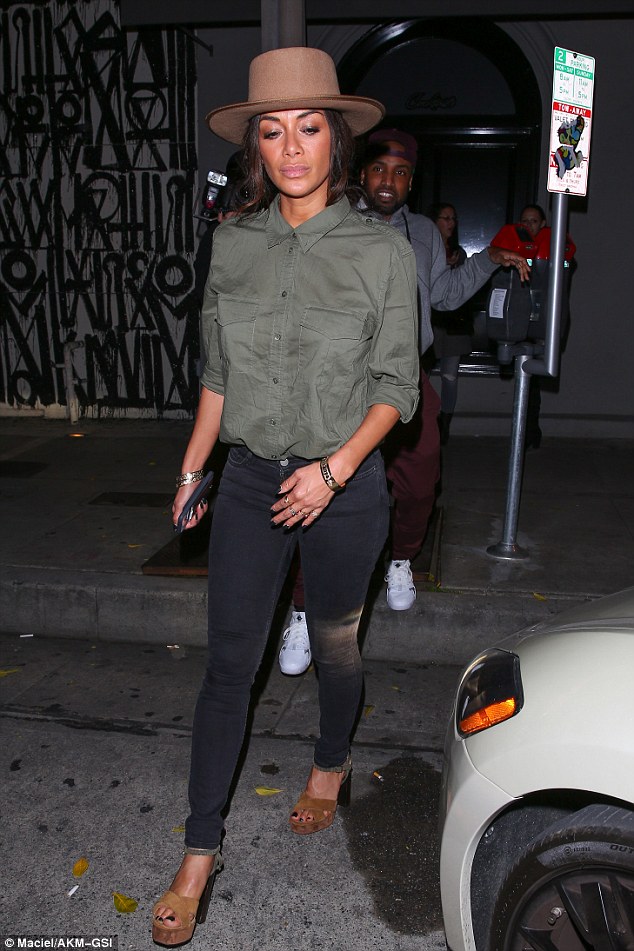 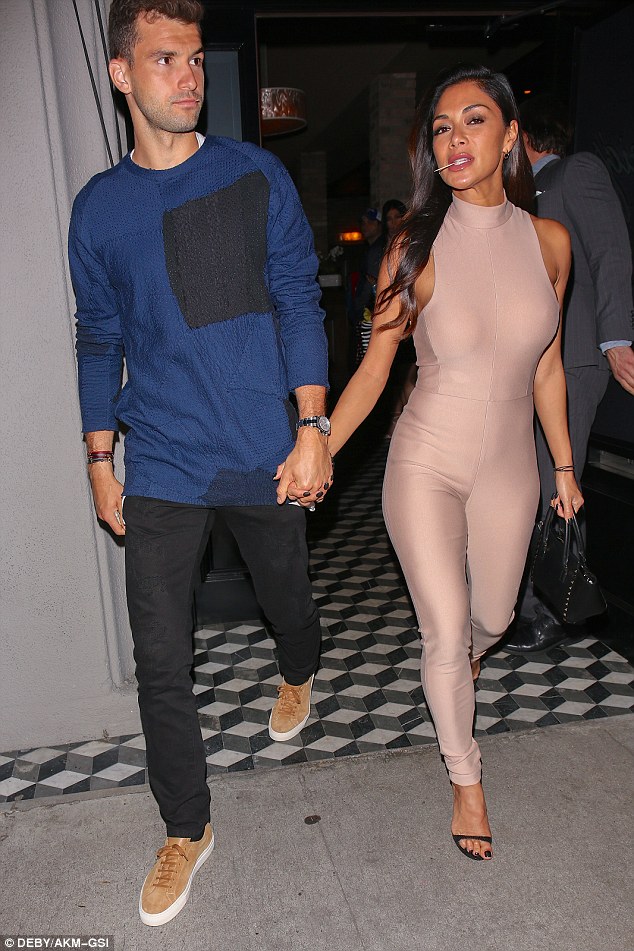 Her tennis star beau, who she’s been dating for one year, slipped on a flowing blue top with an enormous black patch at the top left side of its front.  Tight black trousers threw his athletic legs into relief, and he’d garnished his ensemble with a large watch that glinted on his left wrist. 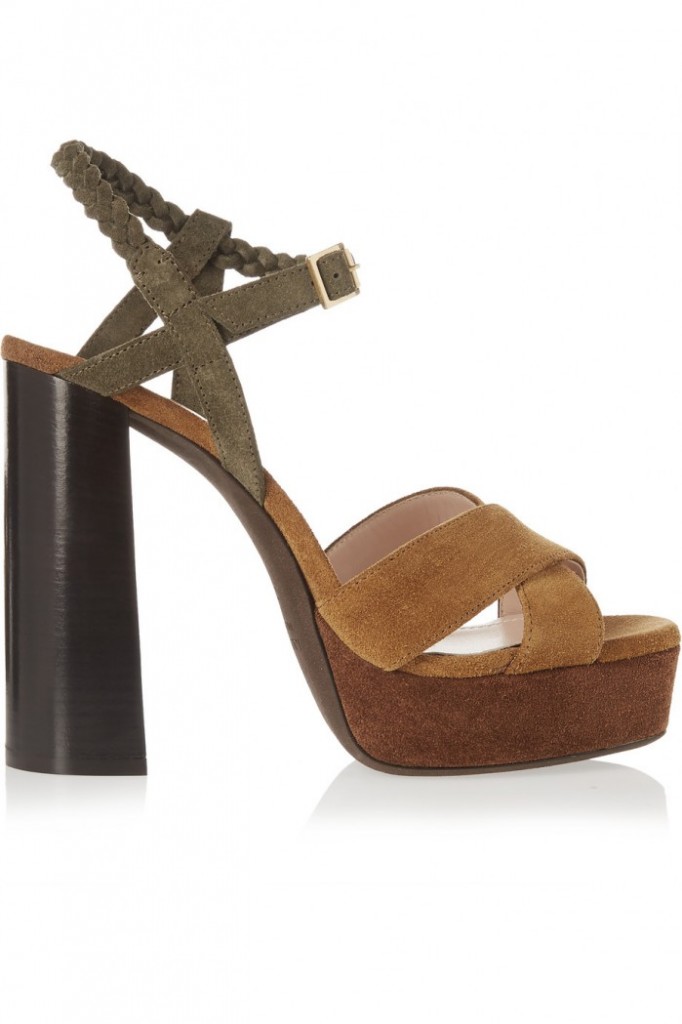 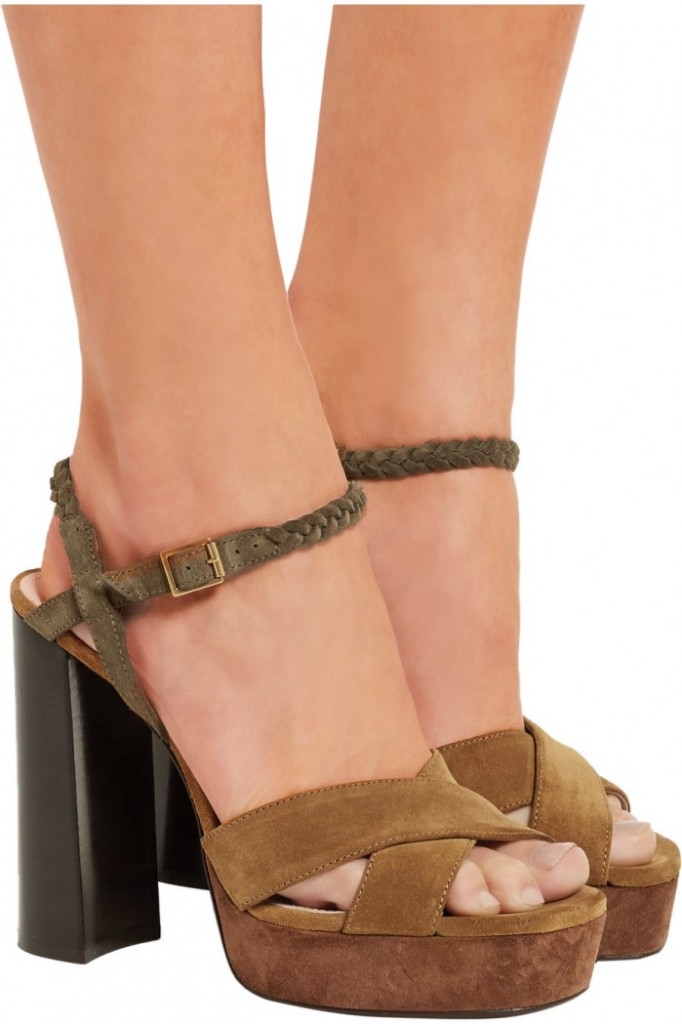 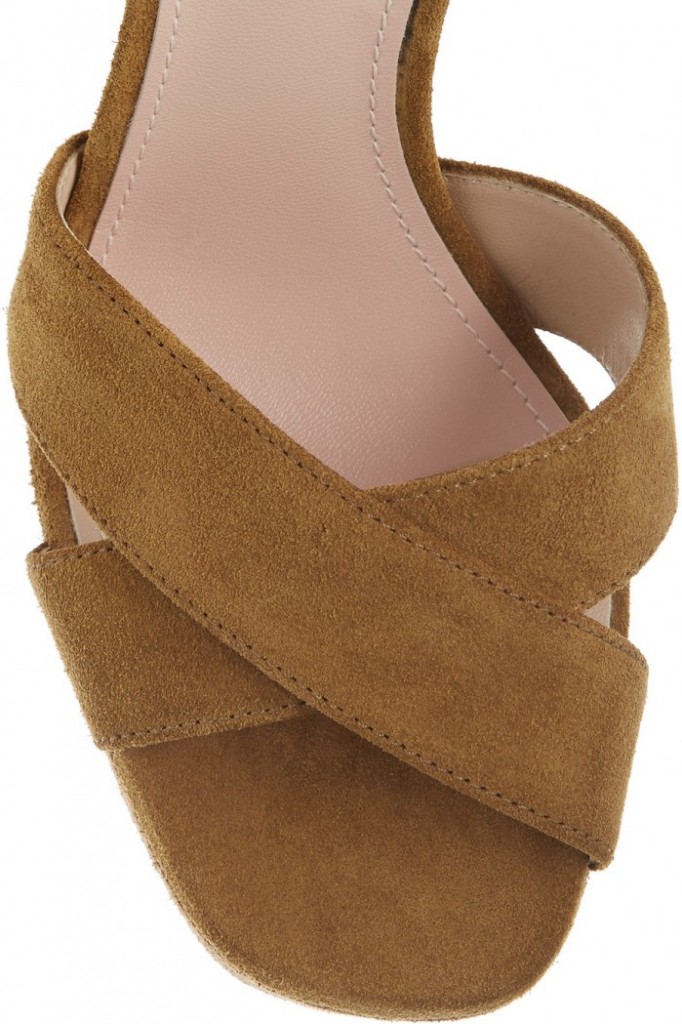 Get your own pair of Nicole’s brown and khaki suede platforms by clicking right. Alternatively, why not check out our edit of alternatives below: 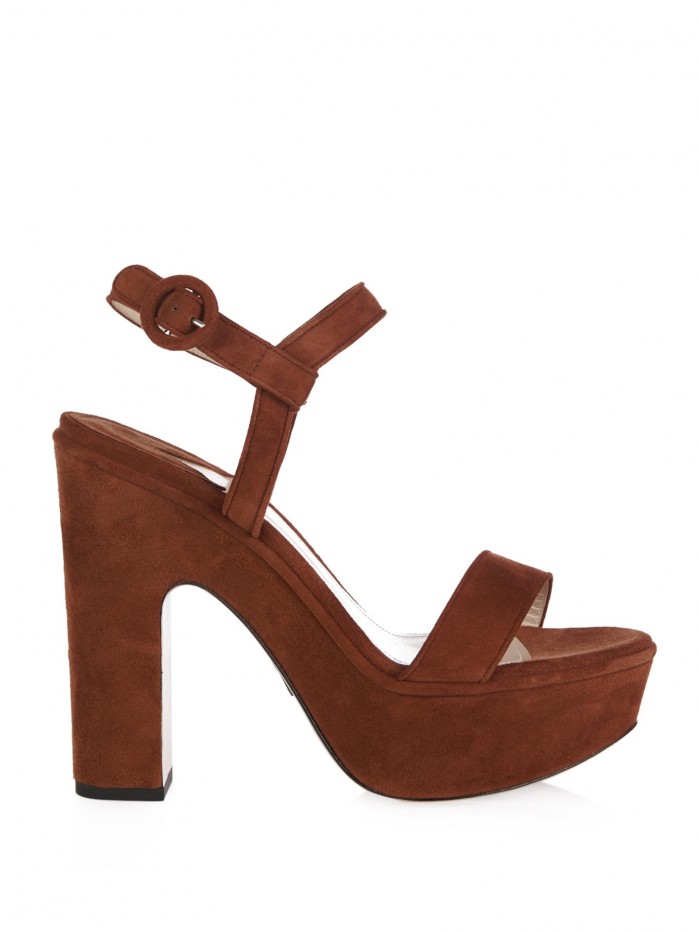 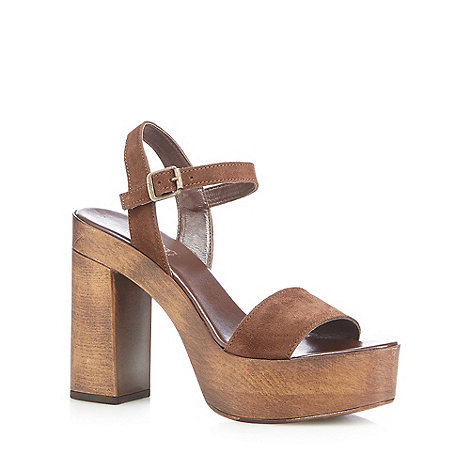