It was the event that everyone was waiting for – Eastenders Jake Wood’s fight night extravaganza. And Dan Osborne and fiancée Jacqueline Jossa led the star arrivals at London’s Grange Hotel for the Boxing with the Stars charity event on Friday night – which saw Lewis Bloor reign supreme over Heavy D.  The former TOWIE hunk, 29, looked incredibly dapper as he led his stunning other half into the venue, who put on quite the leggy display in her saucy ensemble. 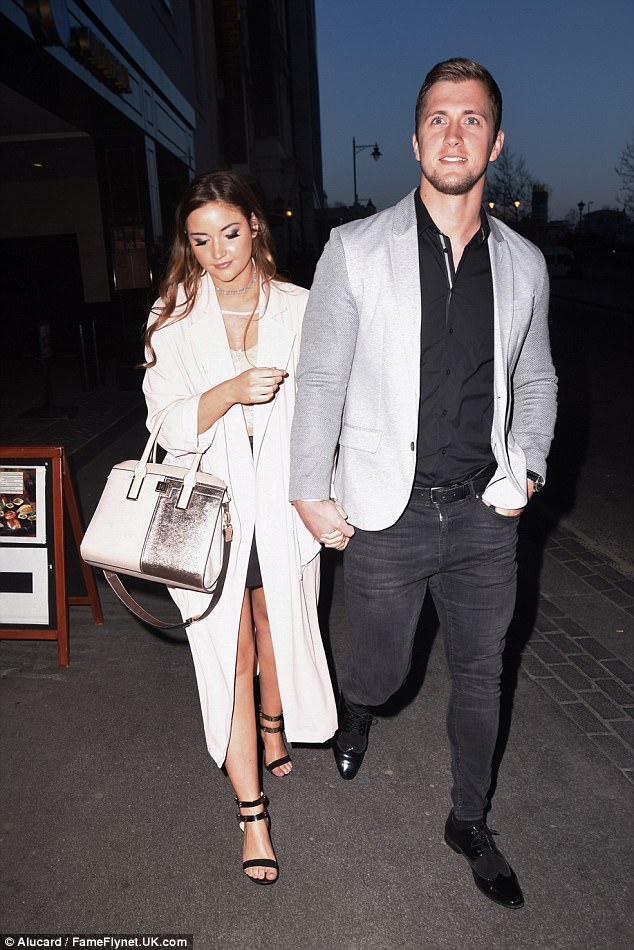 Jacqueline stole the spotlight in the sartorially savvy ensemble which consisted of a pair of tiny leather shorts, which bared her toned legs.  A long cream-coloured coat, which was slightly oversized, and featured a lack of buttons teased at her glitzy white crop top underneath. 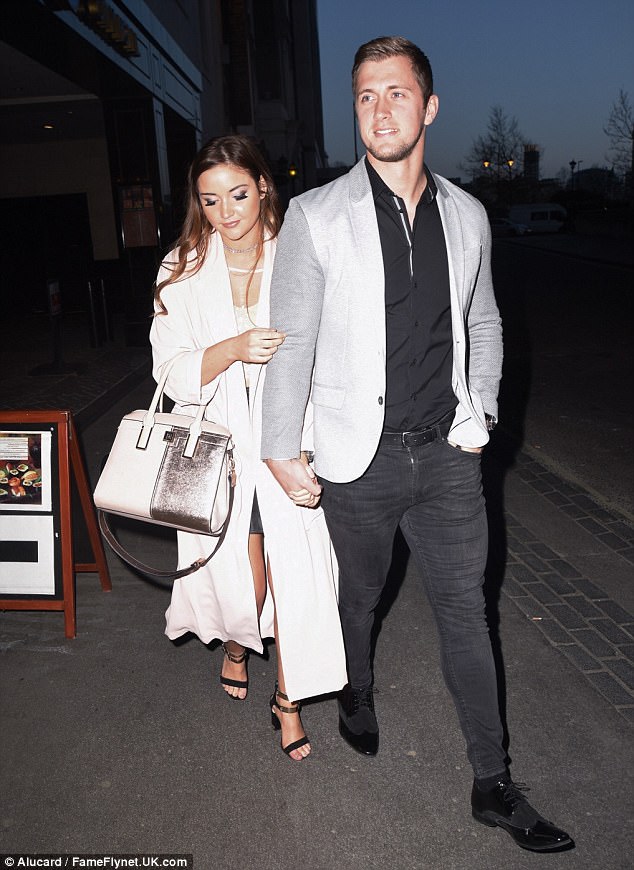 Her brunette locks were styled in immaculate waves, while her peepers sported a generous coat of smokey purple eye shadow and false lashes.  A chic white and metallic handbag was draped over one arm, while she utilised the other to hold hands with the hunk as she tottered along in towering strappy heels. Dan looked every inch the hunk in a black button down shirt, which he neatly tucked into a pair of skinny jeans.  His look was topped off by a light grey blazer – adding to the sharp look. 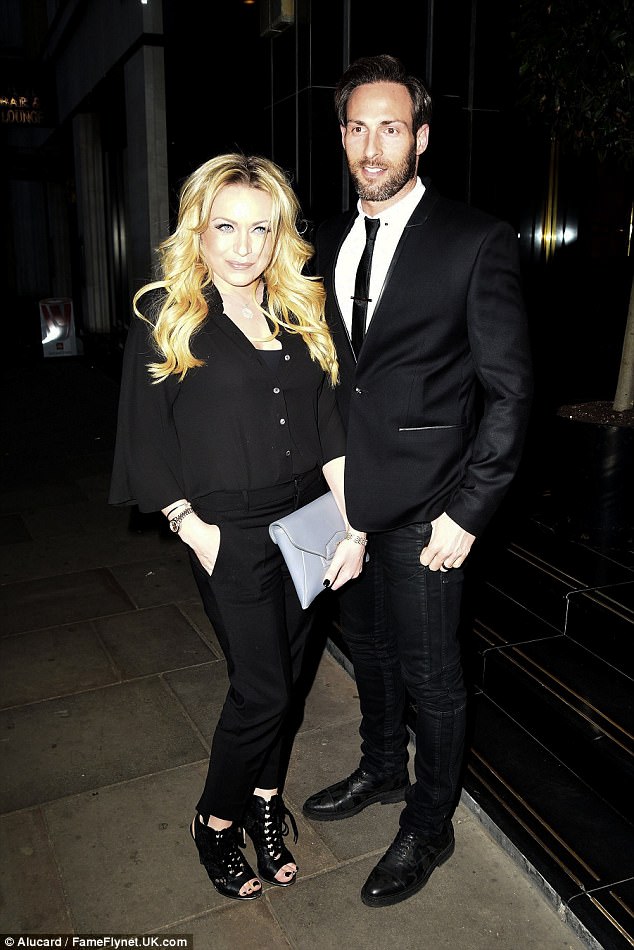 Also joining the love-birds at the charity boxing match was Eastenders’ Rita Simons, who was accompanied by her husband Theo Silveston. Theo proved to be the perfect accessory in a slick black suit, white shirt and tie. 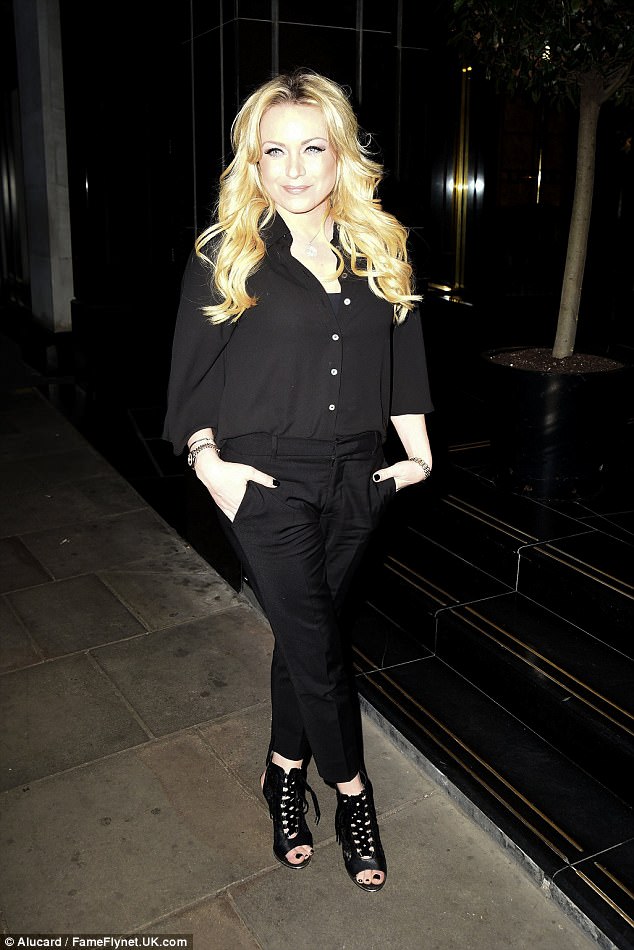 The soap star looked sensational in a chic all-black ensemble which saw her sport a black shirt and skinny jeans. Her blonde tresses boasted a bouncy blow-dry, framing her pink pout and mascara-laden eyes. 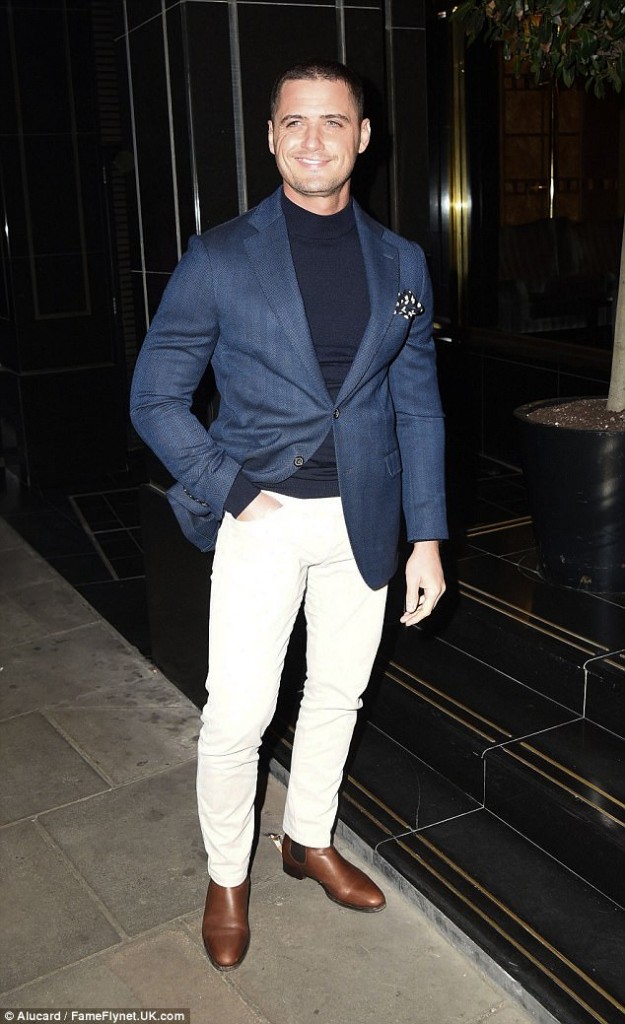 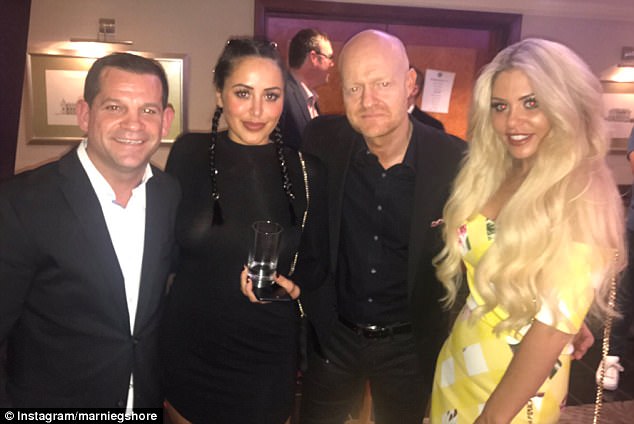 Lewis’ ex girlfriend Marnie Simpson, who he cheated on, put her differences aside to come out and support him and later took to Twitter to congratulate him on the big win 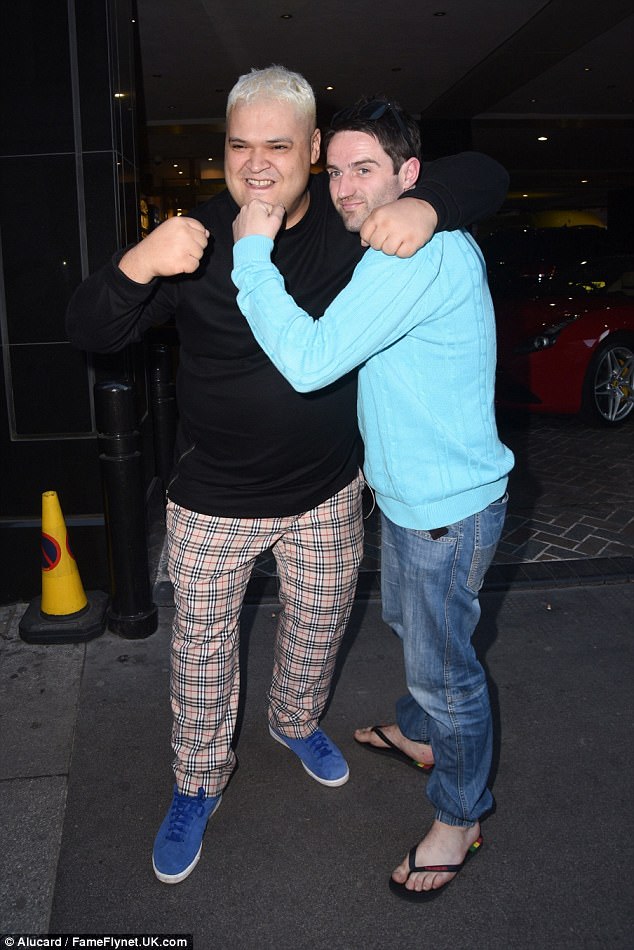 Heavy D, who was dressed in a black top and checkered trousers, was spotted in high spirits ahead of his match against rival Lewis Bloor – which he ended up losing . The slimmed down star showcased his muscles as he posed alongside Big Brother’s George Gilbey 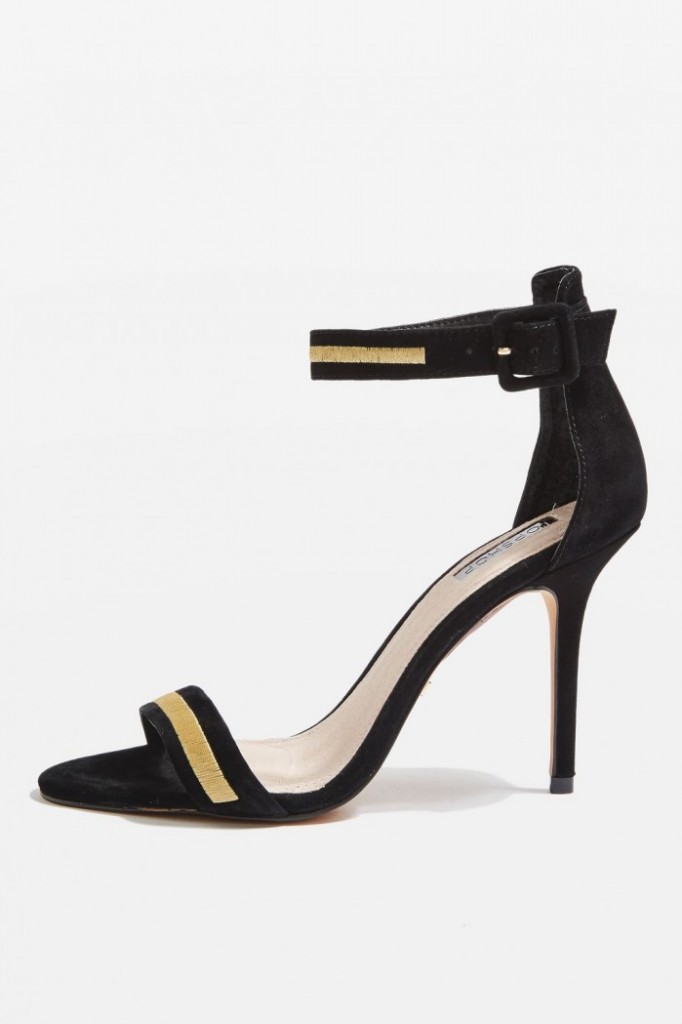 Jacqueline’s heeled pair added height, while the black and metallic details gave the look a rocker girl vibe. They are by Topshop but are sadly sold out. However, we have bring you similar  black sandals to elevate your party-look. Buy these leather suede 2 part heeled sandals with luxe thread detail. Heel height approximately 5″. 100% Leather Goat. 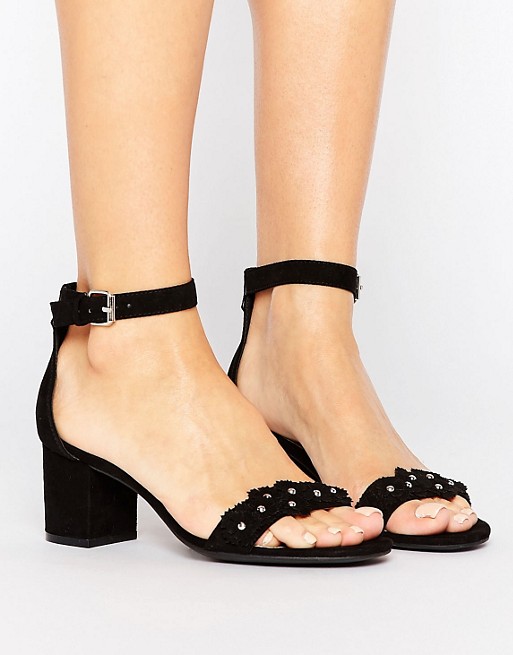 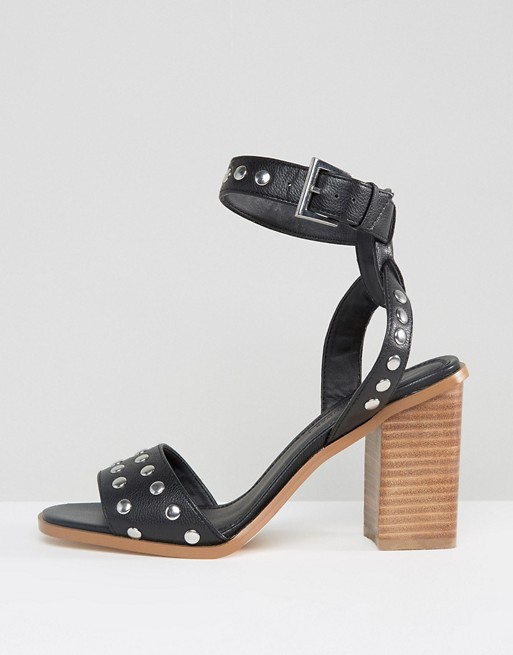