Natalie Portman is busy promoting her new movie, Planetarium, with co-star Lily-Rose Depp. Yes, that’s Johnny Depp’s eldest daughter for you. Even at 17, Lily already looks like a star. She has the face of a model, and much like her mum, she has the appeal of a French woman — that certain jais ne se quois that only a blessed few here on earth seem to have.

At the screening of Planetarium during the Venice International Film Festival, Lily displayed serious attitude as she walked the red carpet in a slinky black dress that highlighted her petite and almost anorexic frame. She wore the frock with sideswept wavy locks, dark eye makeup, and black satin pumps detailed with snake accents on the heels. In a nutshell, Lily-Rose simply killed it at the premiere. I’d say she even managed to upstage Natalie, who was quite breathtaking in a long white gown. 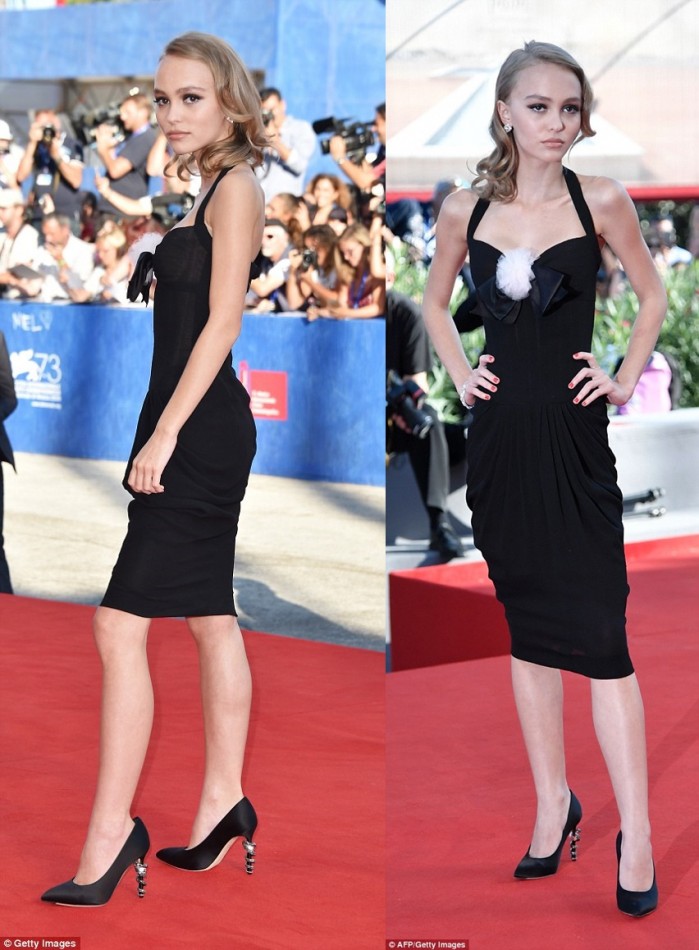 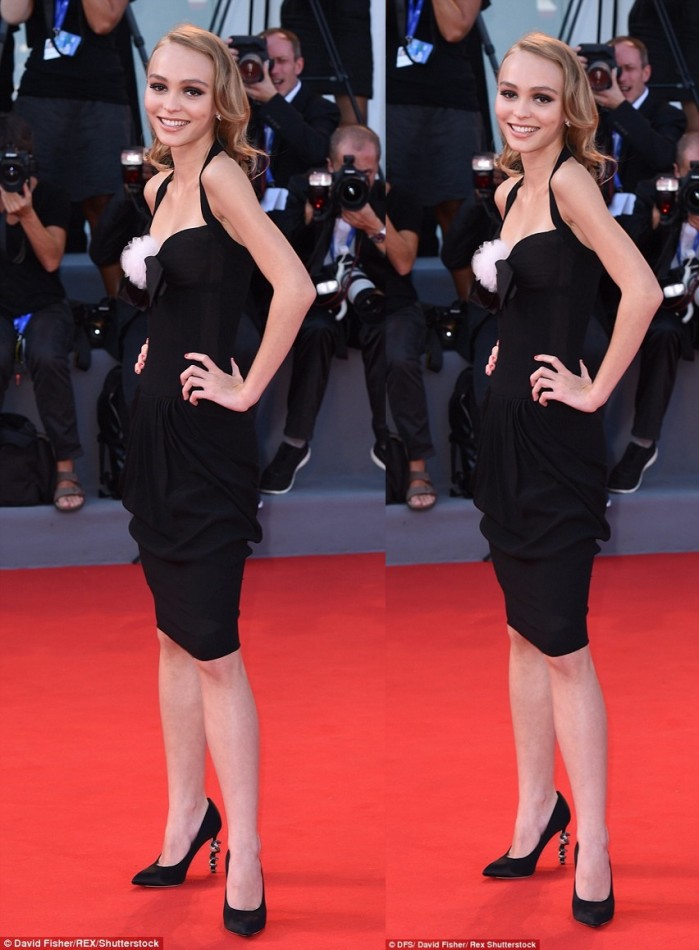 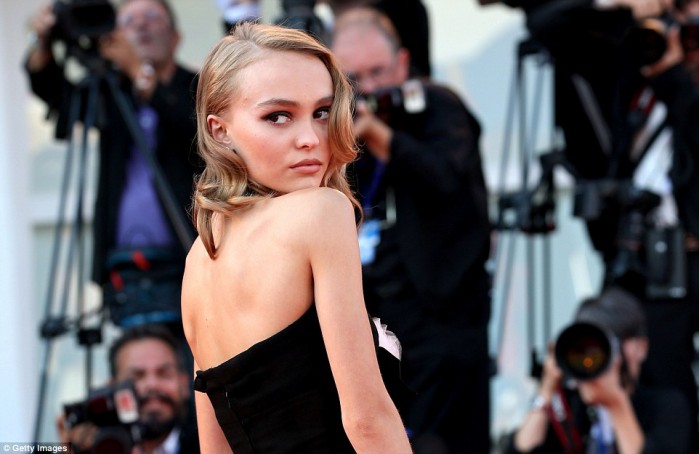 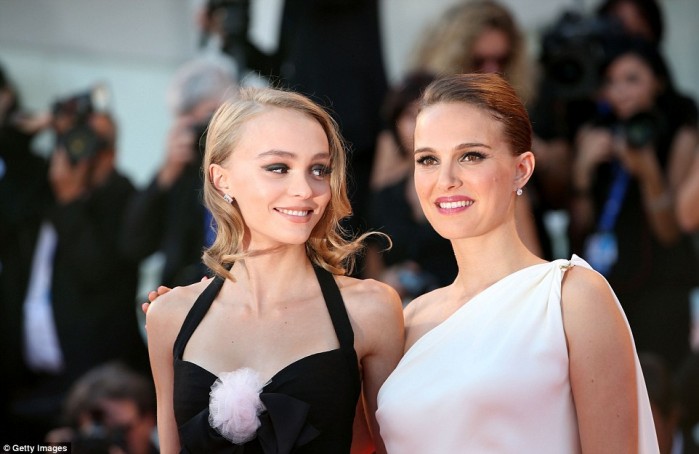 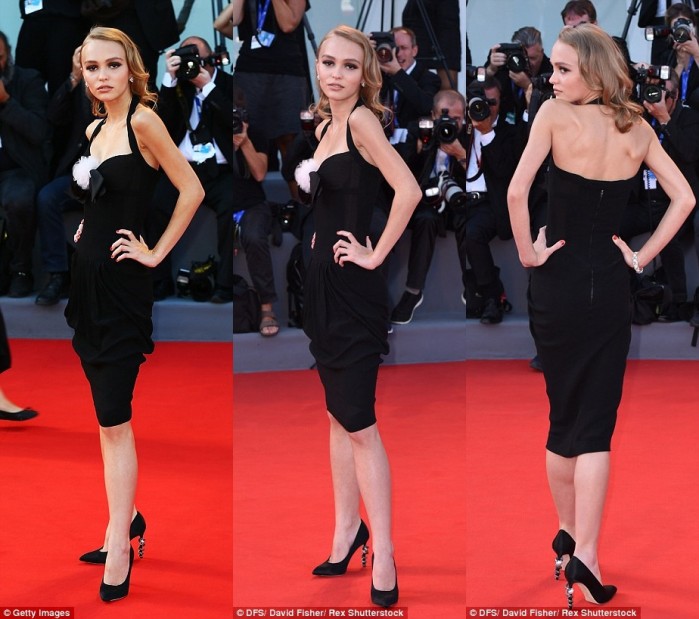 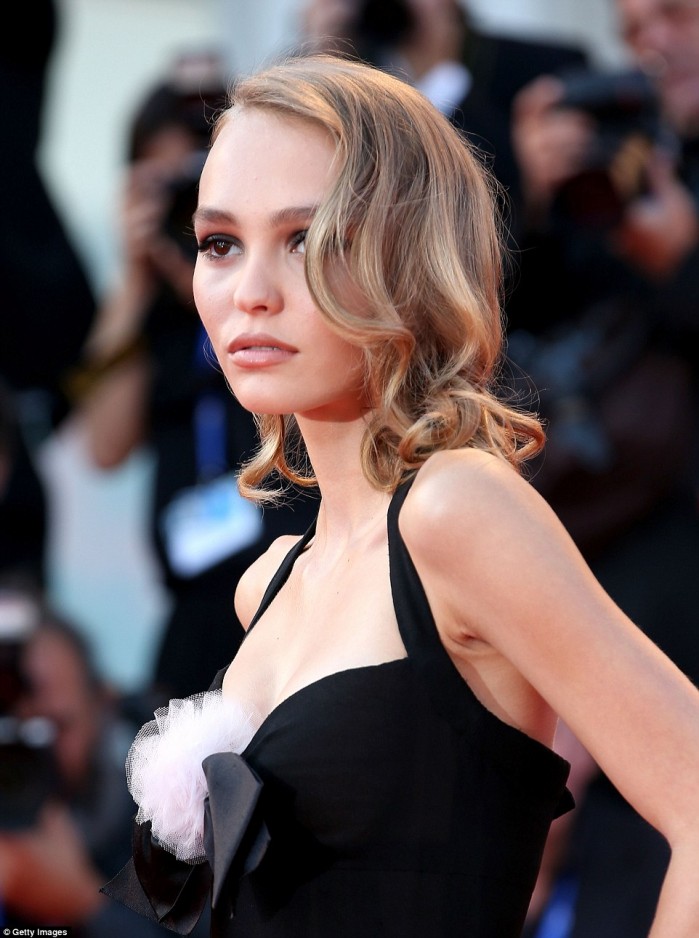 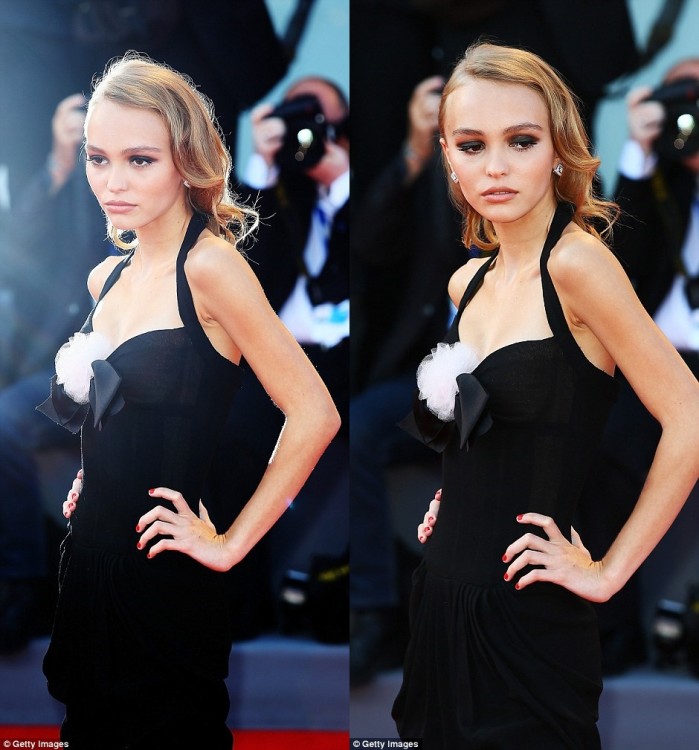 Lily-Rose Depp attends the premiere of Planetarium with her co-star Natalie Portman during the Venice International Film Festival held in Italy on September 8, 2016

I think she is truly stunning! If Lily was tall (she’s only 5’3″), she’d already be walking the high-fashion runways with that face. Would you agree? Then again, even without the height, she’s already gracing magazines with her Chanel endorsements.

Speaking of Chanel, Lily’s black dress and fancy pumps are by the fashion house. The frock is reportedly a custom-made piece. I’ve yet to get the full details on her shoes, but they appear to be from the Paris in Rome 2015/2016 Métiers D’Art Collection. 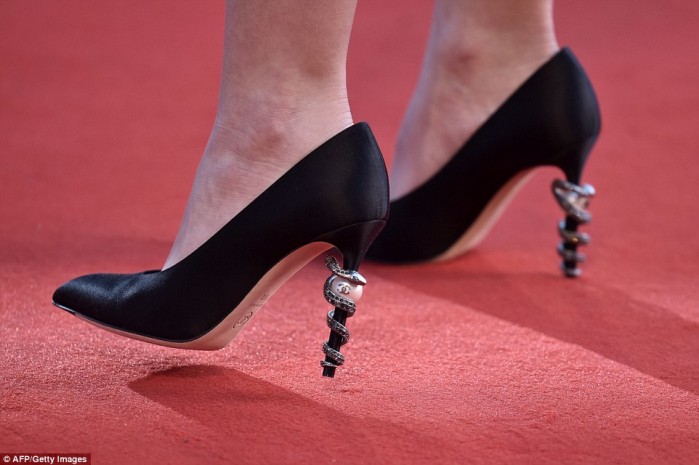 A closer look at Lily’s pumps

If you want the shoes, I suggest you visit the nearest Chanel store in your city. But if what you are craving are black satin pumps with elaborately-detailed stilettos that won’t cost you as much, try the Sophia Webster Coco instead. Team with a black dress and you’re good to go: 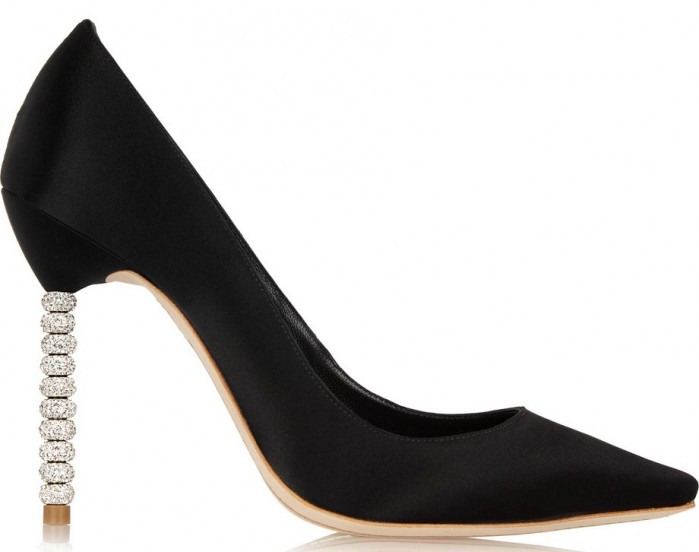