She Cleans Up Real Nice! Lady Gaga All Elegant and Glamorous for Tony Bennet Party

She Cleans Up Real Nice! Lady Gaga All Elegant and Glamorous for Tony Bennet Party

Last week, Lady Gaga was spotted rocking double denim with her Converse Chuck Taylor sneakers while heading to a recording studio in New York City. Sure, she looked sexy and cool, but you really can’t qualify an attire of bra-top and tiny shorts as classy. 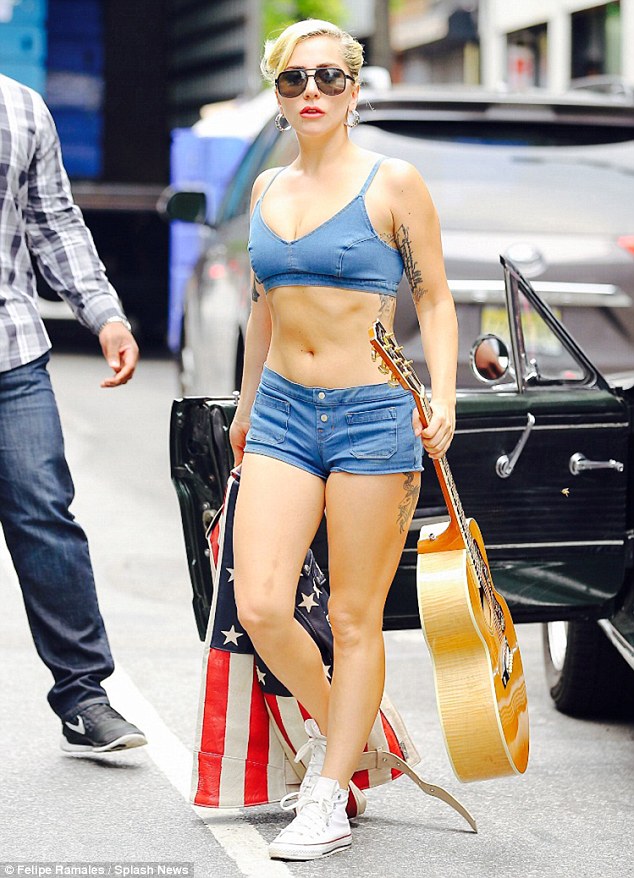 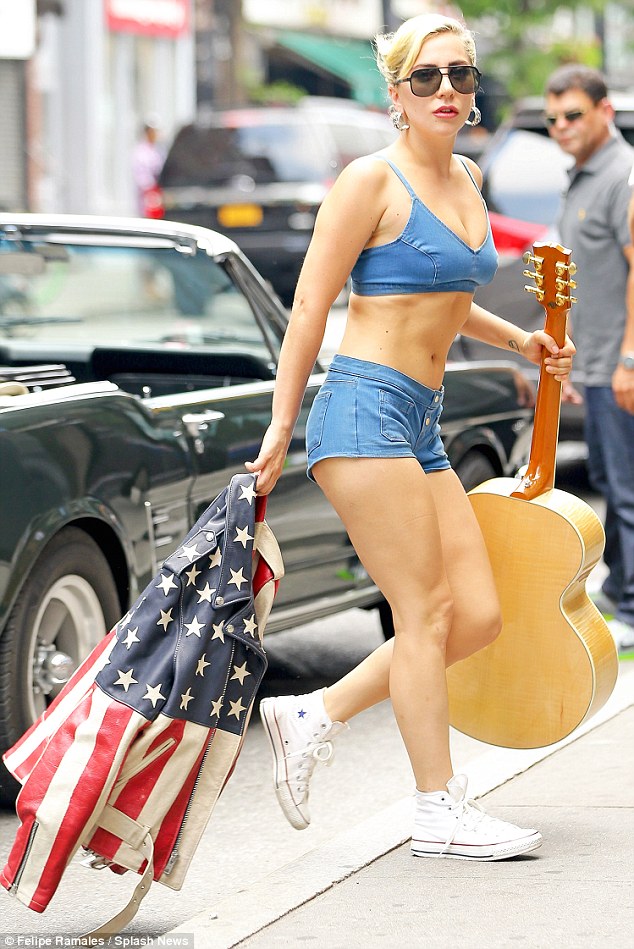 Lady Gaga sports a double denim attire with her Chuck Taylor sneakers and star-spangled leather jacket while heading into a studio in New York City on July 31, 2016

This week, Mother Monster decided to clean up real nice for Tony Bennett’s 90th birthday bash. As you know, the two have worked together in the past, and have formed a close friendship. In fact, Lady Gaga was the first to greet Mr. Bennett with a bouquet of flowers as soon as she arrived at the Empire State Building, where a music and lighting ceremony was held in his honor.

For the occasion, the Poker Face singer wore a black Carolina Herrera gown detailed with a cross-back silhouette and a trumpet-style hemline. The piece hugged her curves and showcased her assets. She then complemented the number with hoop earrings and a hat. Overall, Lady Gaga looked nothing short of amazing. 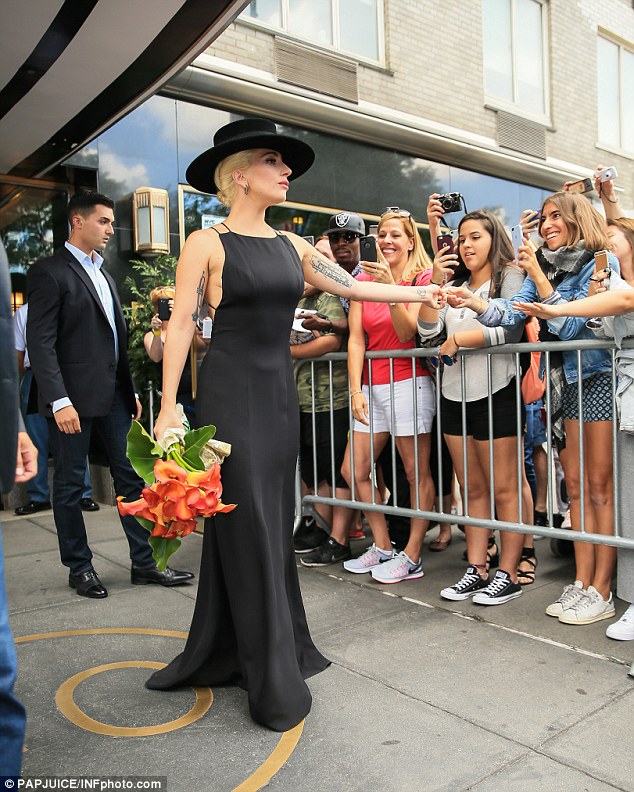 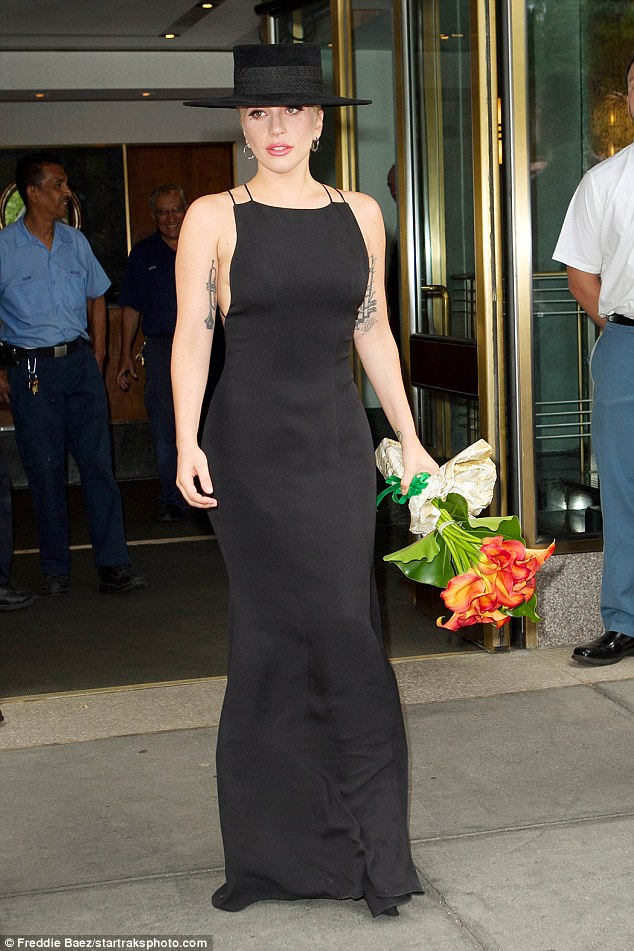 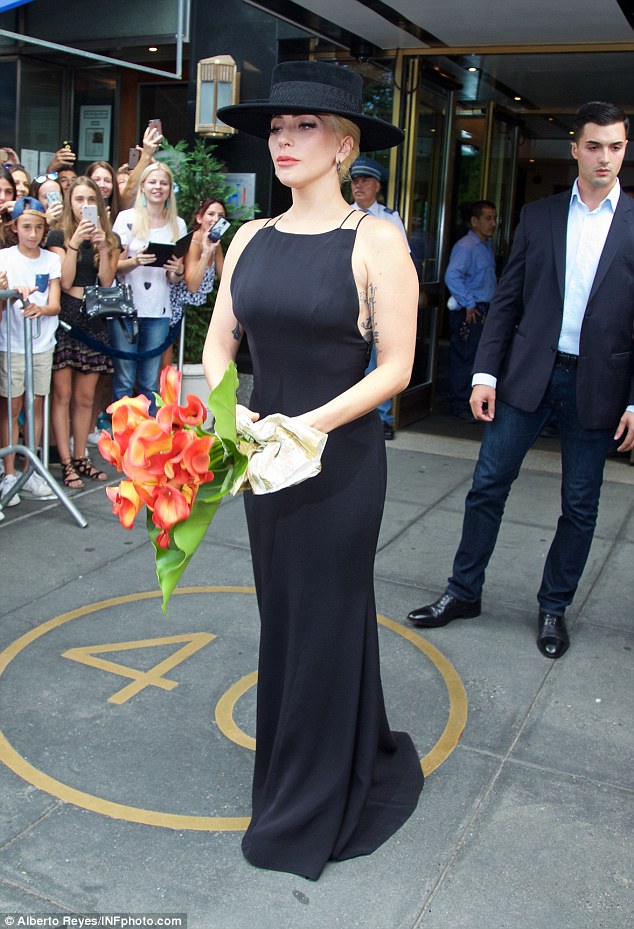 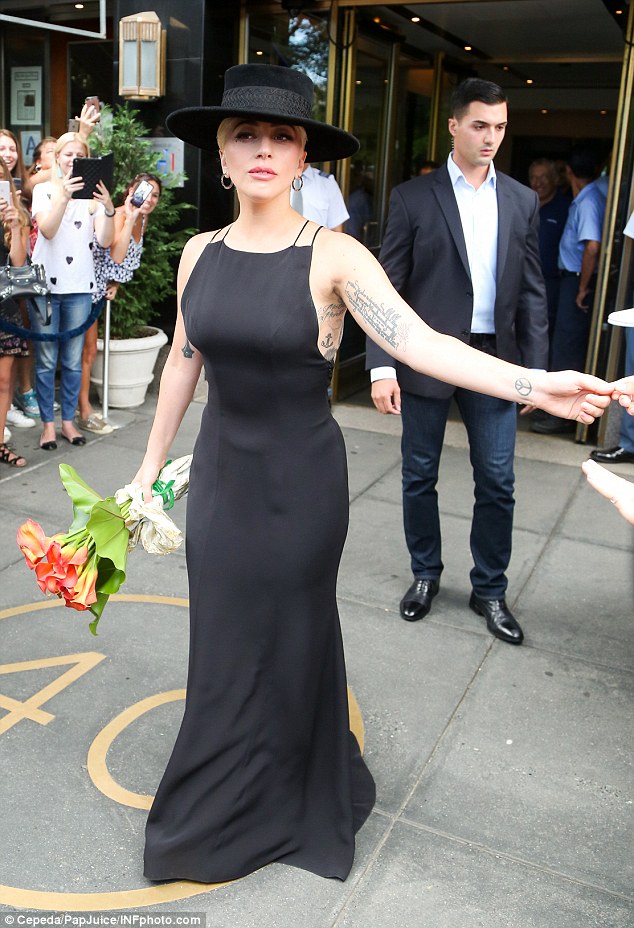 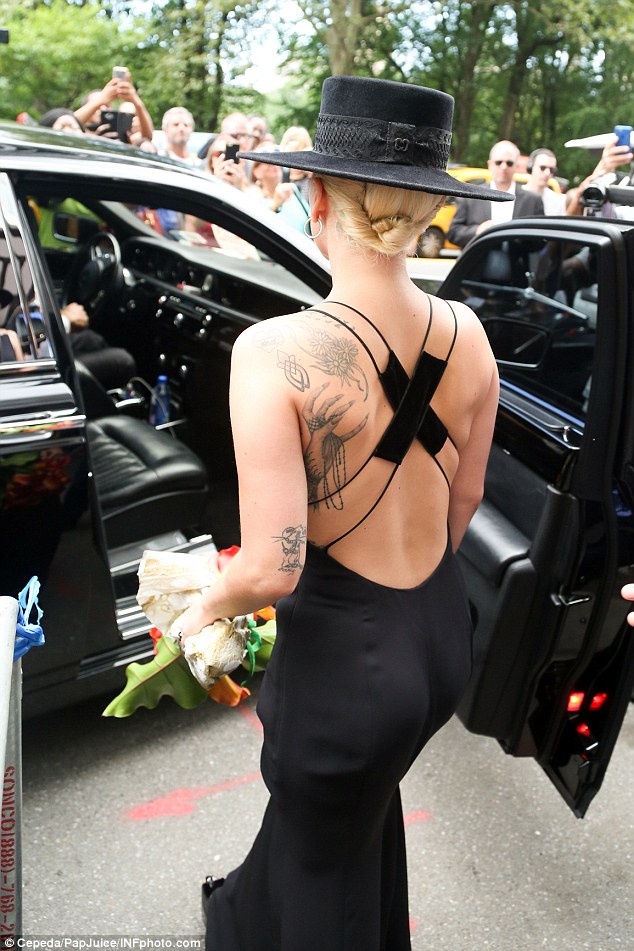 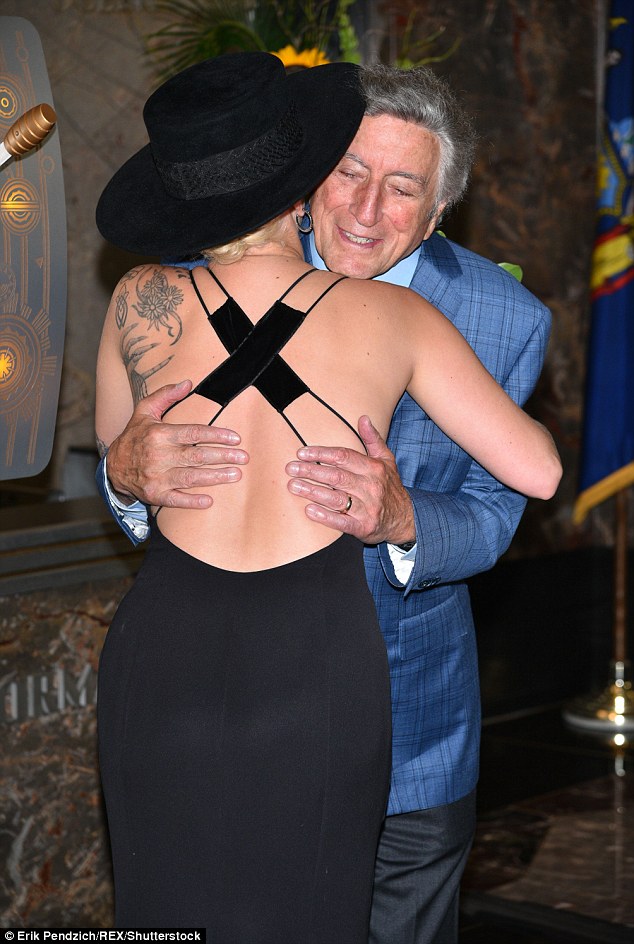 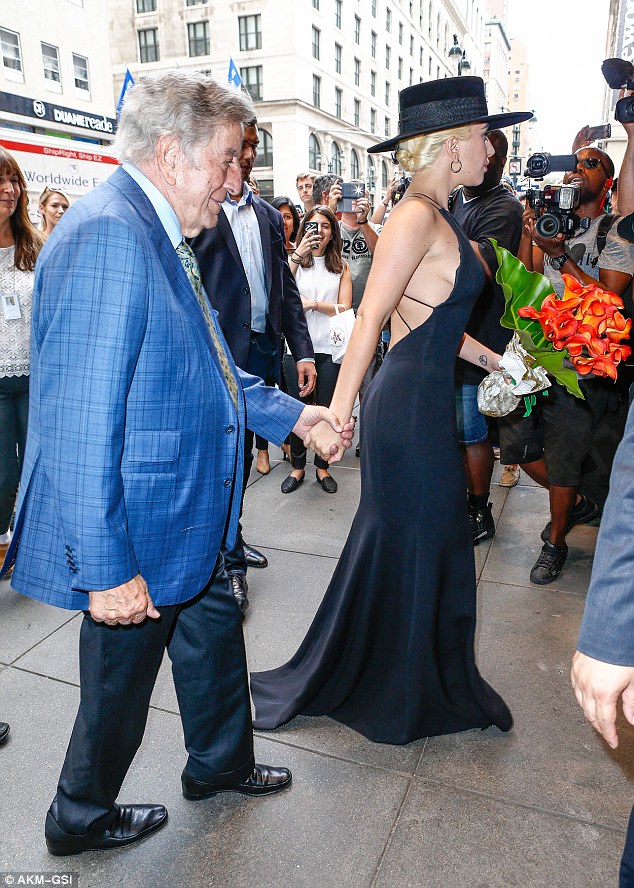 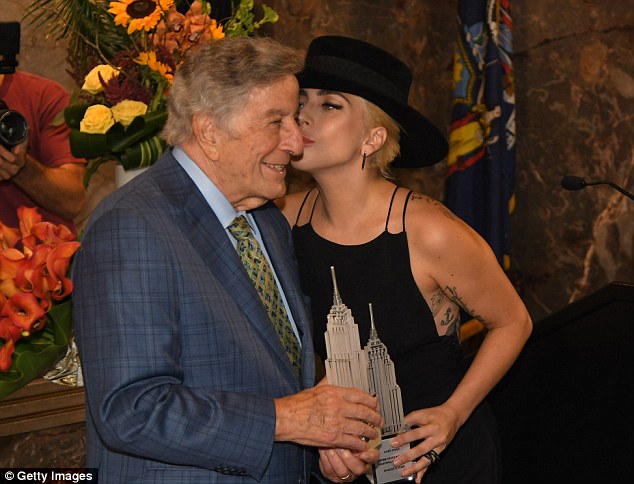 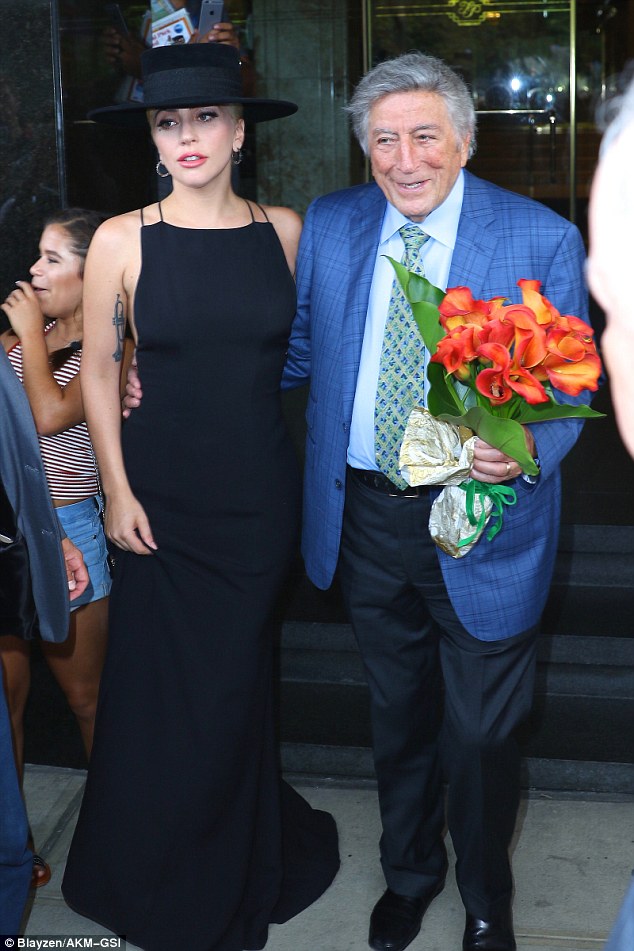 Lady Gaga attends the music and lighting ceremony held in honor of Tony Bennett at the Empire State Building on August 3, 2016

After the ceremony, the diva did a quick change before heading to the Rainbow Room where a huge party was held. Her second outfit was sexier, though just as elegant. It was crafted in plush black velvet, and came detailed with a strapless neckline. The dress also featured an almost crotch-high slit to showcase Lady Gaga’s legs. She then complemented it with a beauty look that was just as striking — bold red color on the lips, brushed-back hair, and dark defined eyes. Punctuating the whole getup were sky high patent ankle strap platform sandals. 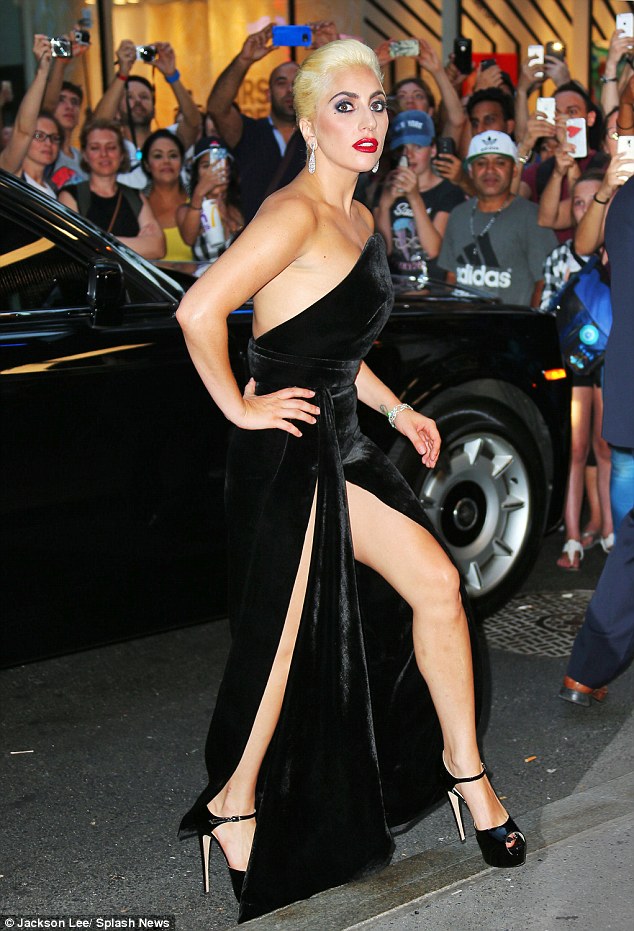 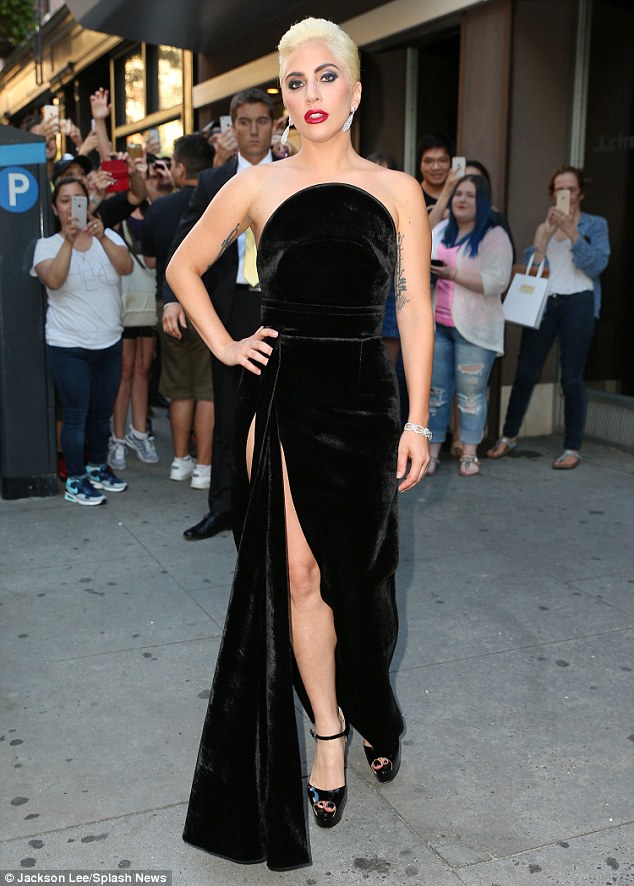 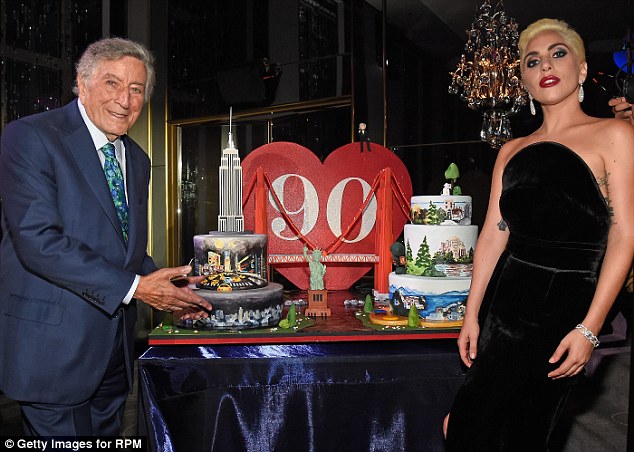 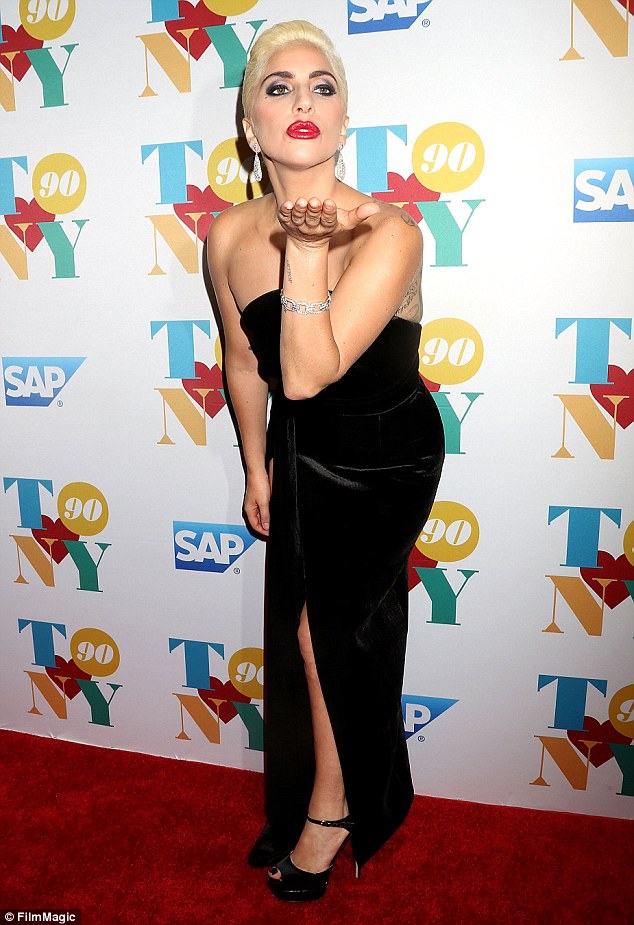 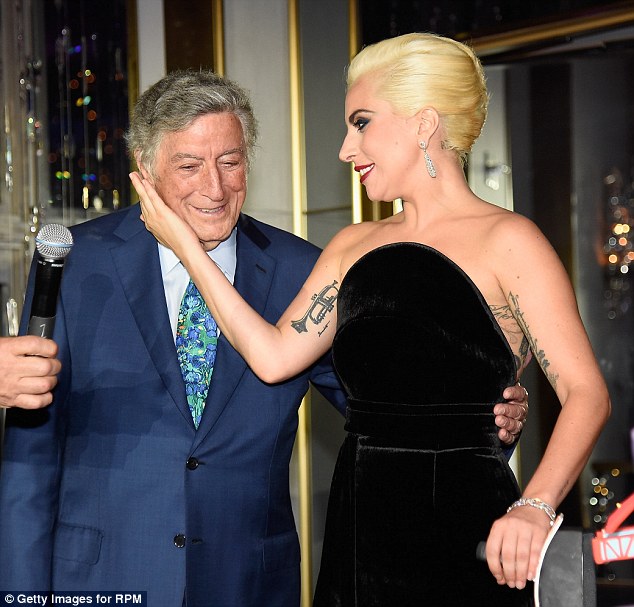 Lady Gaga switches into a strapless velvet gown for the birthday party held at the Rainbow Room in New York City on August 3, 2016

She looks amazing when she’s all dolled up in the classic way. Would you agree? Which of her two outfits here do you prefer?

Lady Gaga’s black velvet gown is by Brandon Maxwell. It’s a custom-made piece, so I doubt you’ll find anything similar anywhere unless you request for it from the designer. Her platform heels are just as hard to find. If I’m not mistaken, they’re the Tribeca from Brian Atwood. 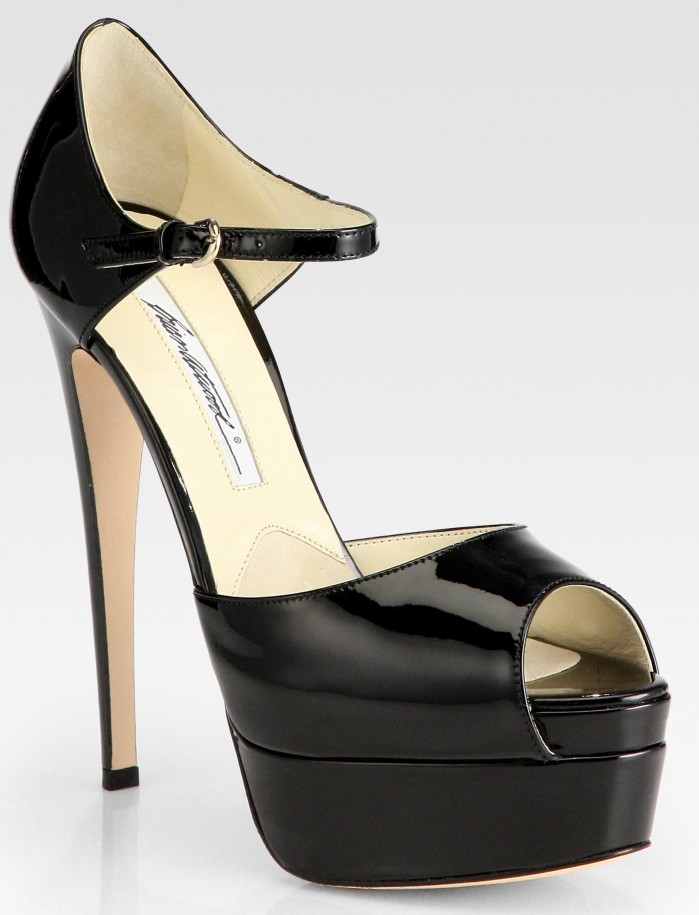 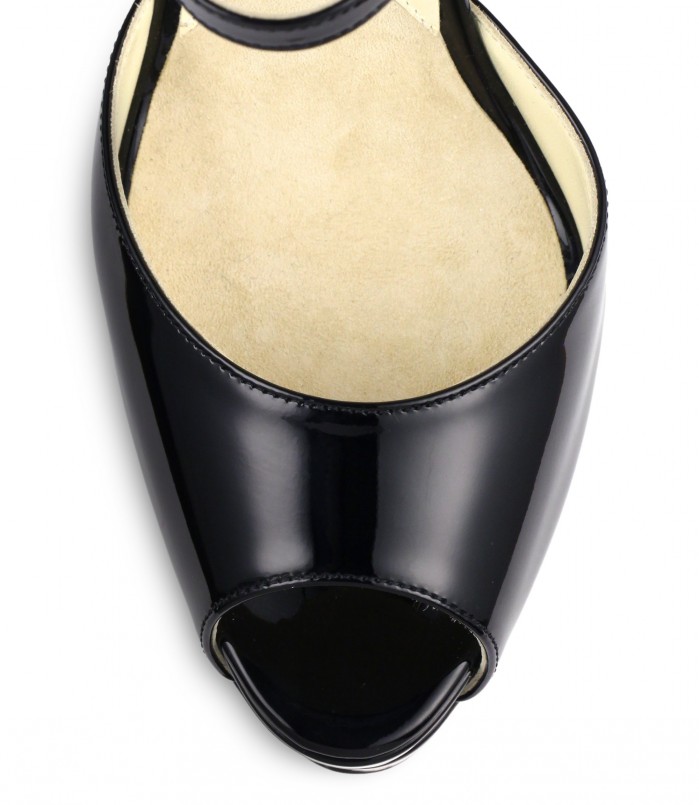 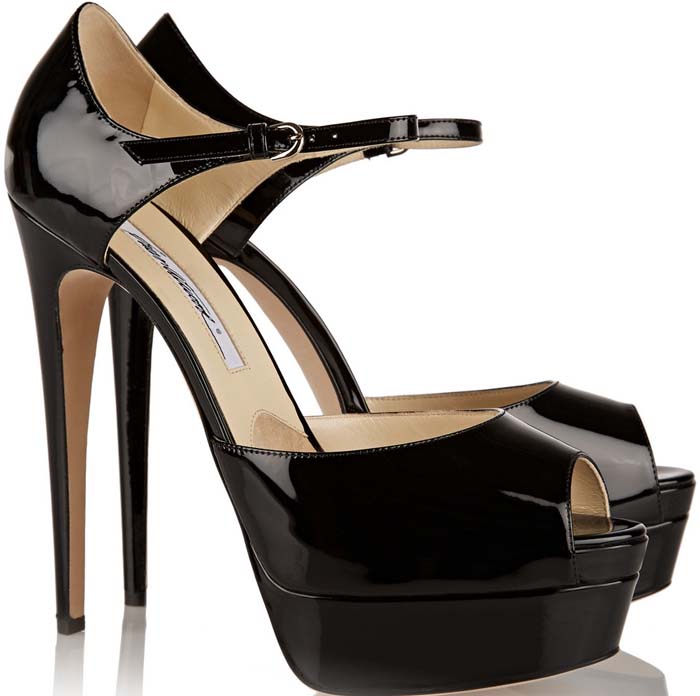 The Tribeca feature 6-inch-tall heels, inch-thick platforms, open toes, a d’orsay silhouette, and slender ankle straps that keep the shoes in place. Mother Monster’s black patent pair is no longer available, but I found the uber rich and multicolored version on sale at The Outnet, if interested: 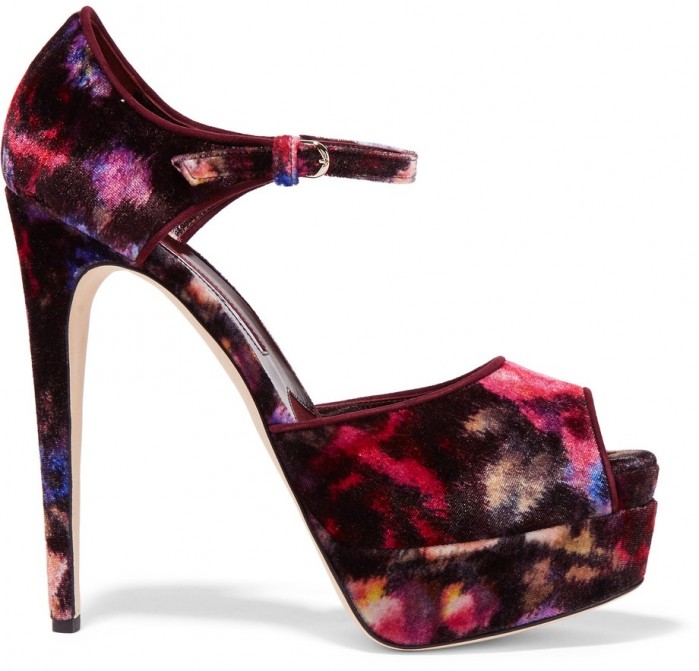