Who Looks Hotter in Her Velvet Slip Dress and Boots, Kim Kardashian or Rosie Huntington-Whiteley?

Who Looks Hotter in Her Velvet Slip Dress and Boots, Kim Kardashian or Rosie Huntington-Whiteley?

With September on the way, more and more celebrities are sporting fall-worthy outfits. Velvet, which is a perennial fall fabric, is starting to make an appearance. This year, it comes in the form of a slip dress. Yep, velvet slip dresses are a thing now. And that’s not all, you’re supposed to wear them with boots!

This trendy combination was spotted on two famous faces this week — Kim Kardashian and Rosie Huntington-Whiteley. Both gals are in New York City for Fashion Week, so it’s no surprise that they’re putting their best “fashion” forward for the papz and the press.

On Wednesday, Kim stepped out with Kanye in a tea-length black velvet slip dress teamed with gray snakeskin boots. She complemented the combo with oversized sunnies and nothing else. It was almost a style hit for the reality TV queen, except that the outfit combination actually made her look shorter than usual. 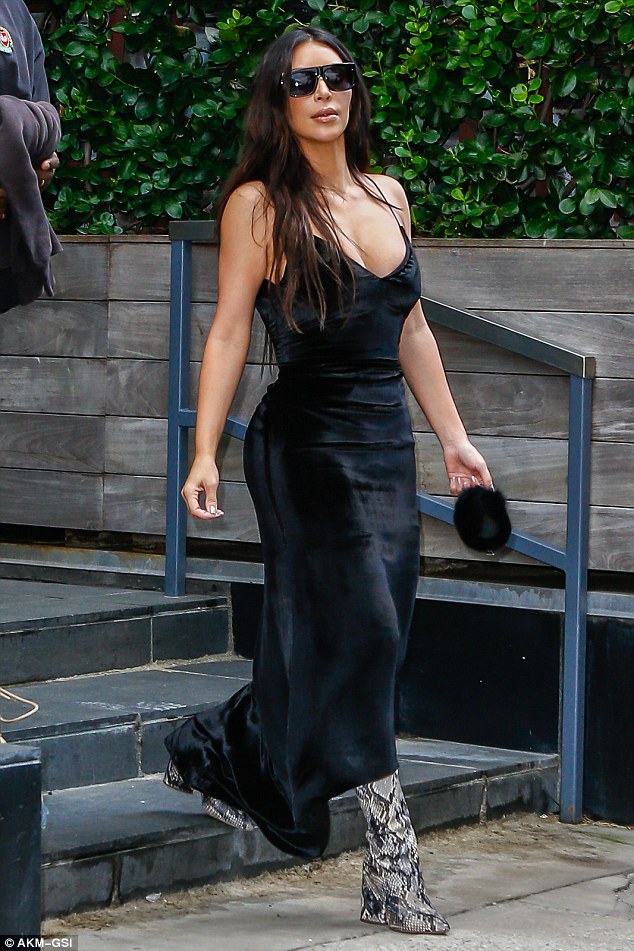 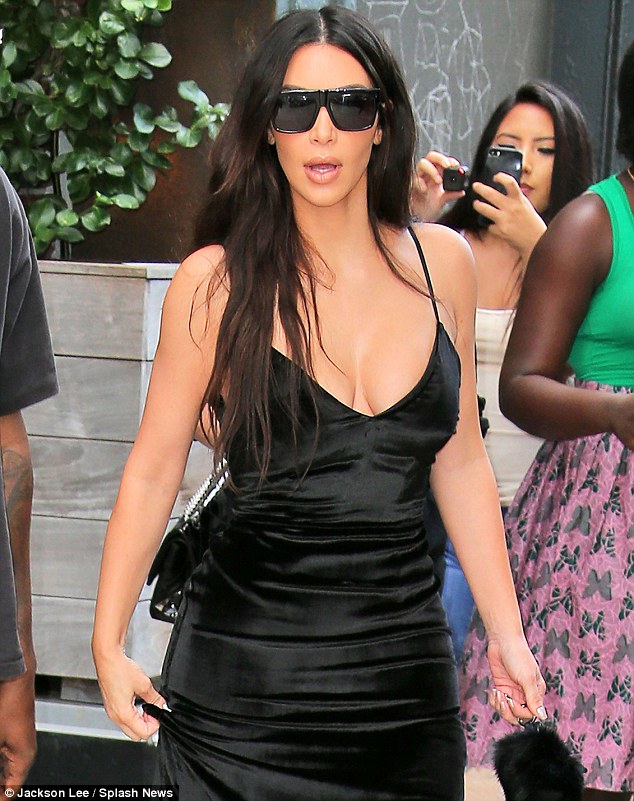 Kim Kardashian wears a black velvet with snakeskin boots while stepping out with Kanye in New York City on September 14, 2016

On the same day, model Rosie Huntington-Whiteley was seen gracing the Ralph Lauren presentation in a bordeaux-hued midi frock, which she teamed with black boots and a black velvet purse. She complemented the mix with smoky-eye makeup and a black choker detailed with large red rubies.

The getup was very reminiscent of the Victorian era, only, a thousand times sexier. Plus, this is Rosie Huntington-Whiteley we’re talking  about. To say she nailed the look would be a huge understatement. 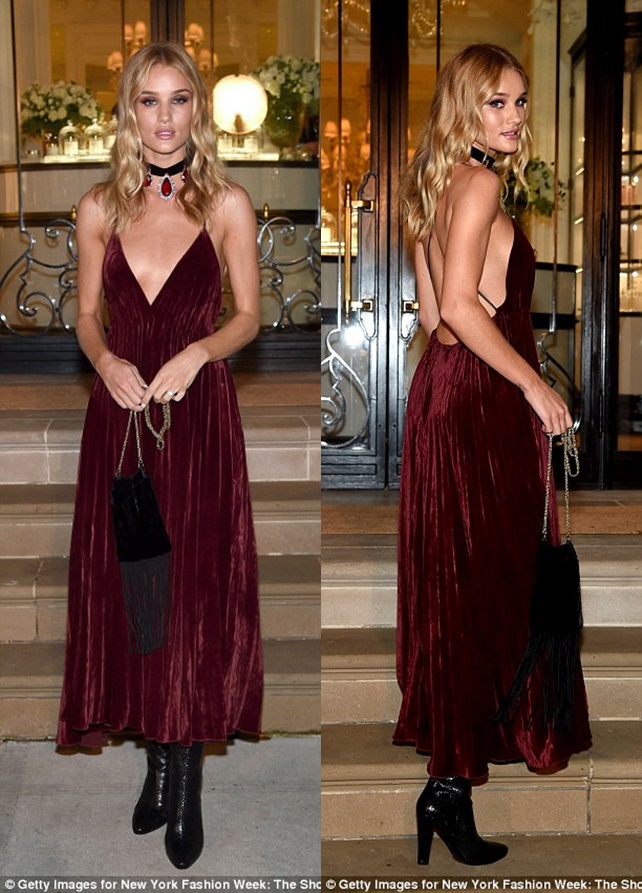 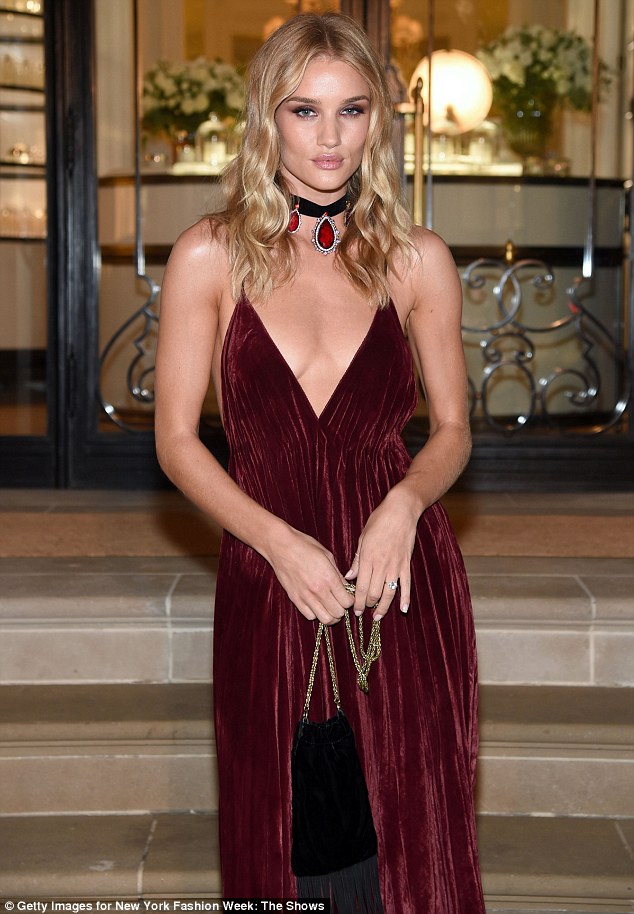 So here’s the obvious question I have for you lovely readers: who’s hotter in her velvet slip dress and boots, Kim or Rosie? Who rocked the look like a queen?

Obviously, my vote goes to Rosie. What about you?

Rosie’s whole outfit is by Ralph Lauren. It’s a getup that is straight off the catalog. In fact, if you fancy it so much, you can easily replicate it by grabbing the pieces on the designer’s website. I’ve included the items below for reference. The dress, in particular, is gorgeous. I actually prefer it over Kim’s plain black number. Also, the choker is divine, except that it retails at a hefty $1950. 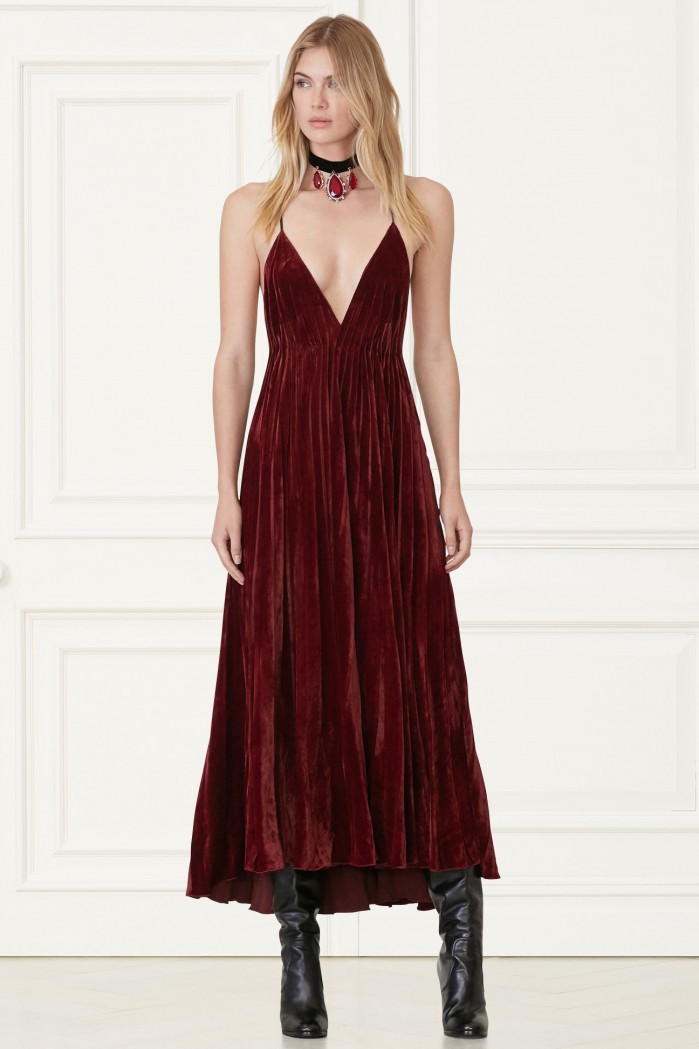 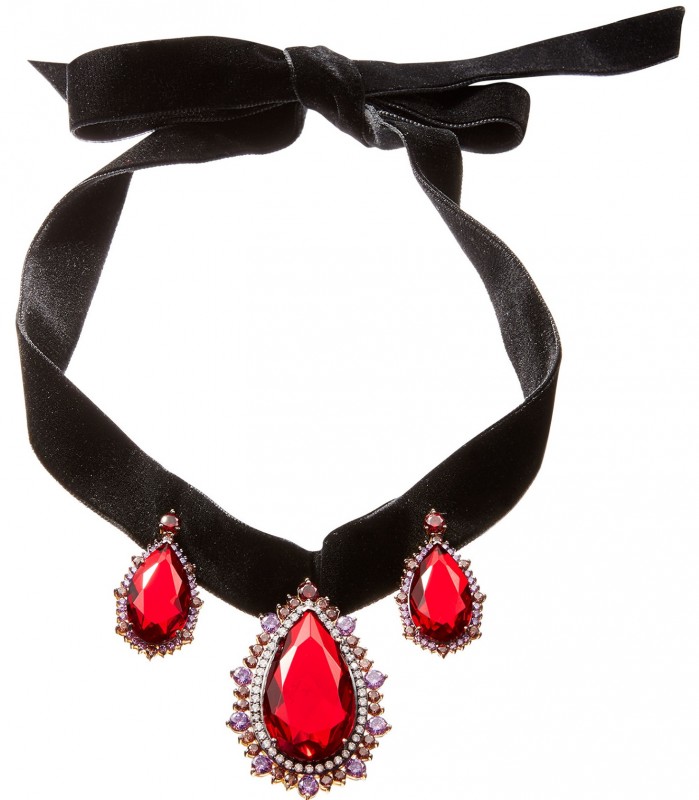 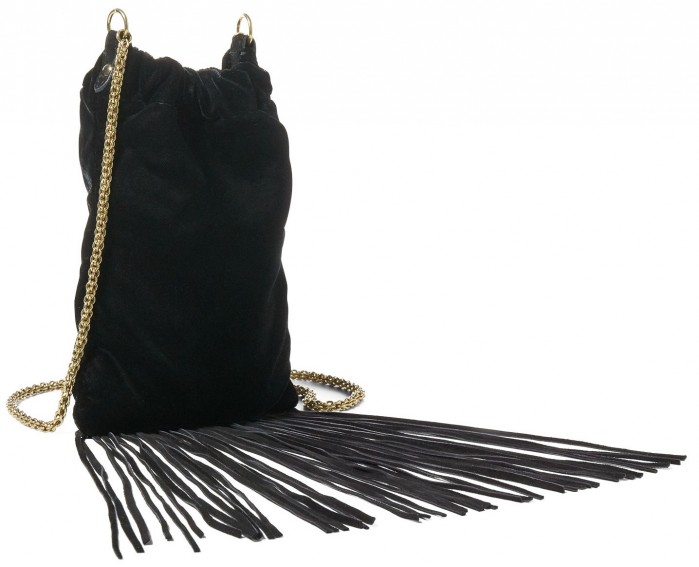 Below is a closer look at Rosie’s boots. They’re crafted from hand-burnished calfskin and feature tapered toes, as well as 4-inch-tall stacked heels. They also come with 15.5-inch-tall shafts and are 70s inspired. Dubbed as “Hailee”, these boots also come in dark oak color. 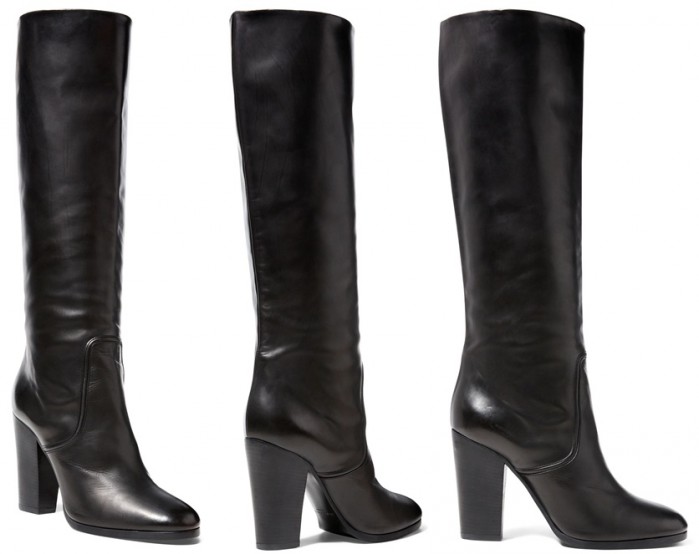 As for Kim’s outfit, her black velvet slip dress is by Alice + Olivia, but it is already sold out. Her exotic snakeskin boots are a mystery, though. If you like the snakeskin print, you can try these boots from DVF instead: 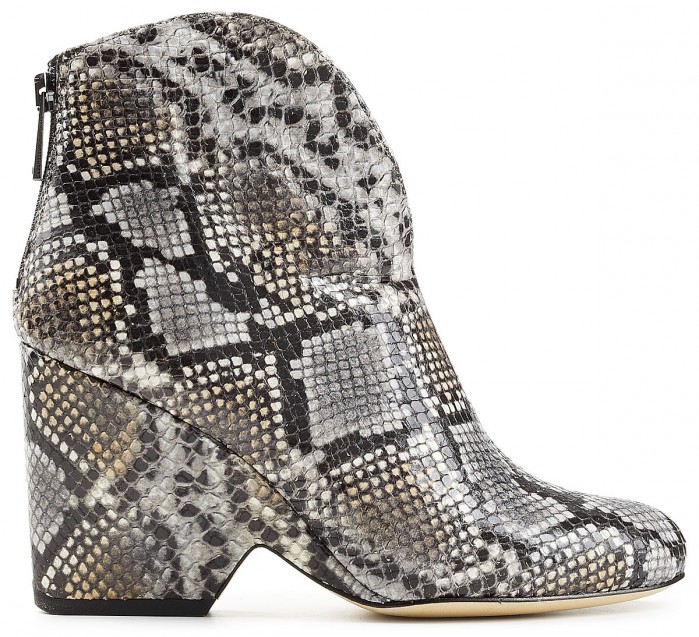 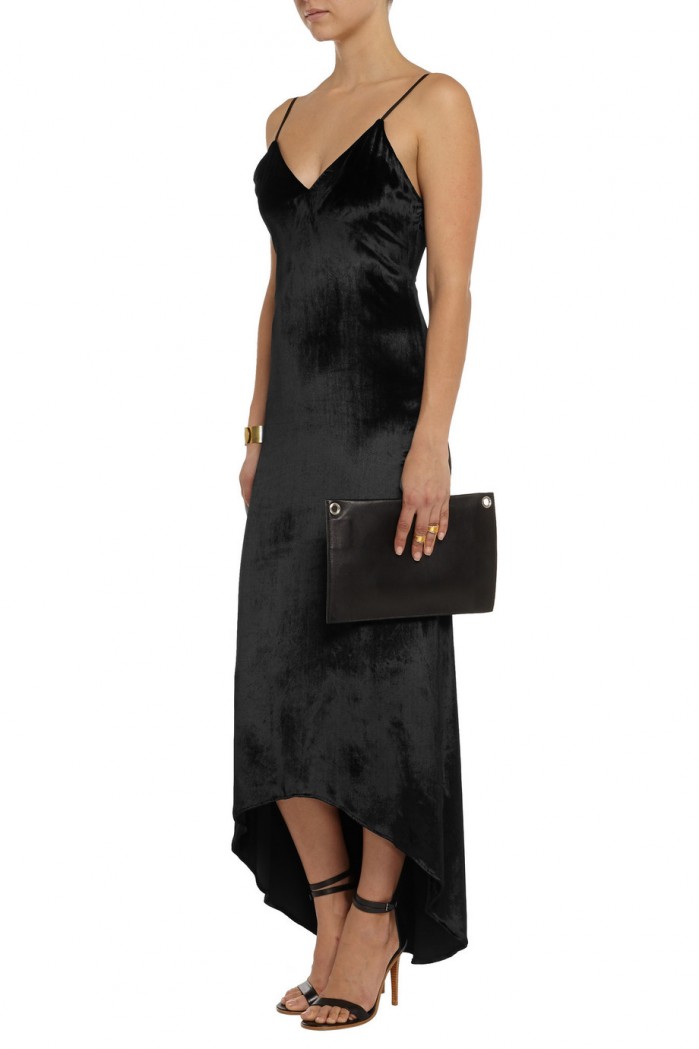