She made waves as she showed off her signature booty in all its glory while on a girls’ trip to Mexico last week. And Kim Kardashian couldn’t help but put it on display once again.  The 36-year-old reality star may have been wearing a casual outfit but she was a sight to see while filming Keeping Up With The Kardashians in LA on Thursday.

She was also joined by her BFF Jonathan Cheban but no doubt all focus was on her backside as she squeezed it into a pair of sweatpants.

Kim also sported a clinging bodysuit and beige suede lace-up booties. She wore her straight raven-colored locks down in a middle part as she wore natural, complimentary make-up. It seemed to be a busy day for Kim as she was filmed hopping out of her Rolls Royce and chatting it up with 43-year-old Jonathan. 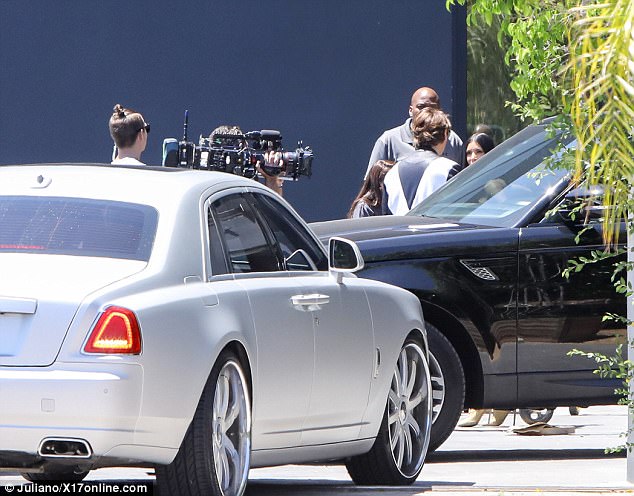 Kim seems to be recovering well after her very scary Paris robbery and the breakdown husband Kanye West suffered weeks after. Things seem to be looking up for the two as according to People on Thursday, the power couple have put a lot of effort to fix their issues. . 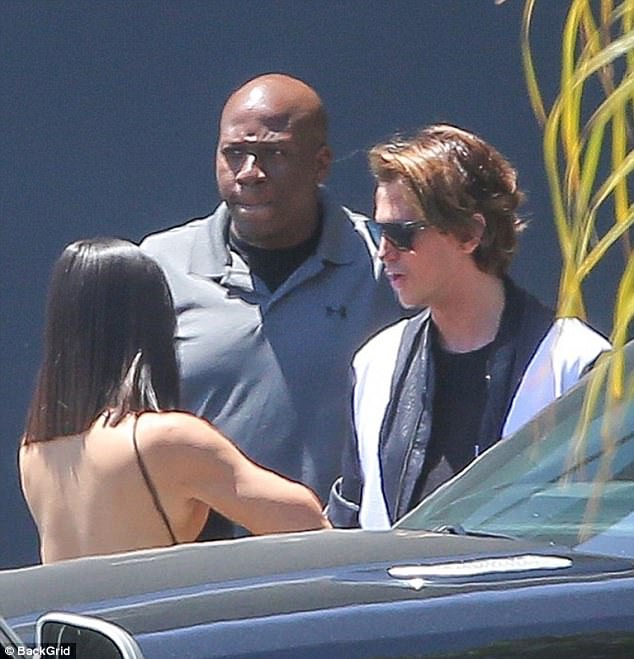 An insider told the weekly that the 38-year-old rapper is doing great and ‘couldn’t stop talking’ about Kim and calling her ‘the sweetest thing.’  ‘Kim and Kanye are in a great place,’ a second source told the publication. ‘they are just so happy. He’s doing really great.’ 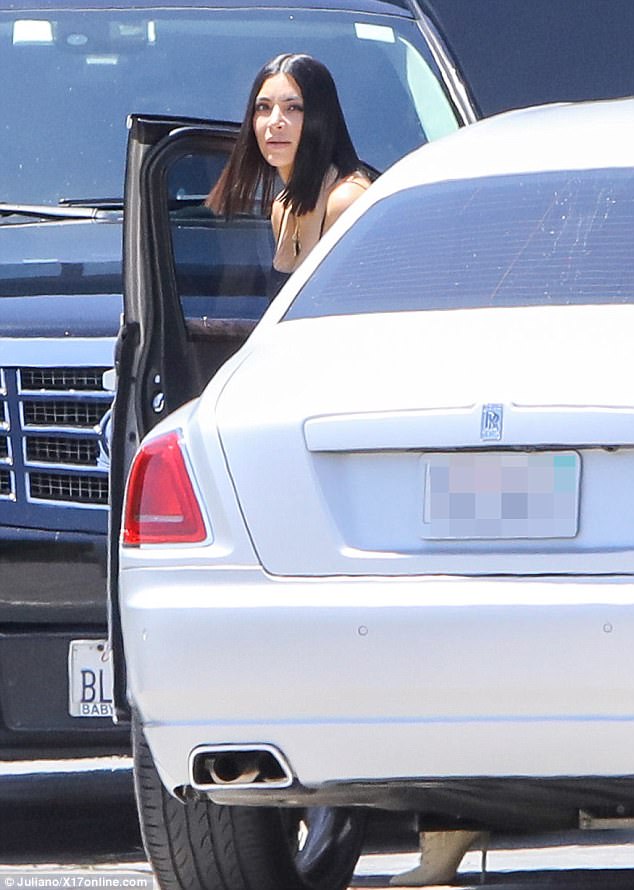 Back in November  Kanye had been rushed to UCLA Medical Center for exhaustion. This came after he had canceled 21 dates in the US for concerts as part of his Saint Pablo Tour.  Just the month prior Kim had famously been the victim of an armed robbery in Paris in which the culprits came away with millions of dollars in jewelry. 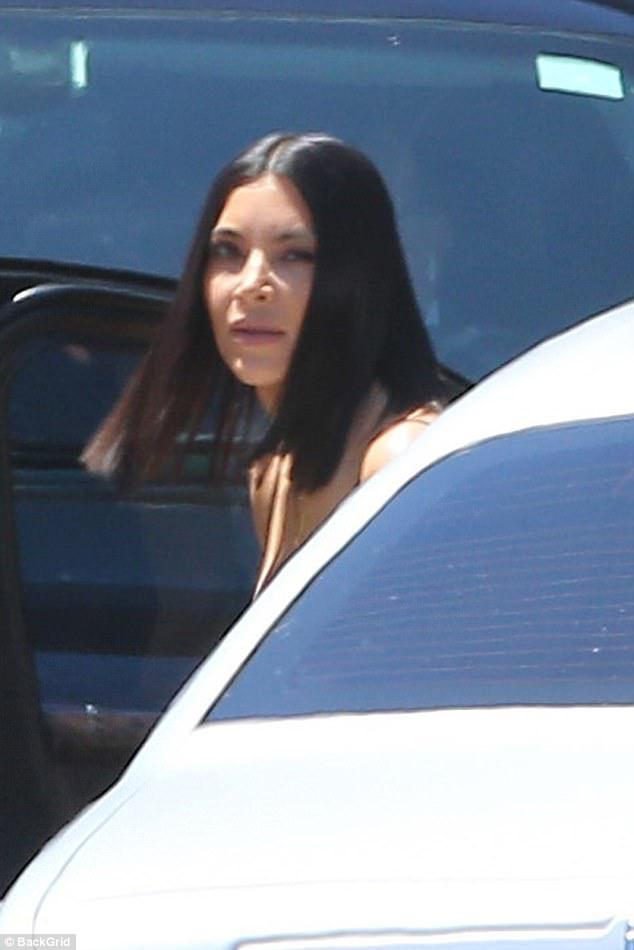 ‘They went through a really rough time there for awhile,’ a source close to Kanye told People. ‘It was really touch and go. She was dealing with the robbery and all that came after, and she felt like he wasn’t there for her. He was going through his issues around the holidays, and he felt like she wasn’t prioritizing him.’ 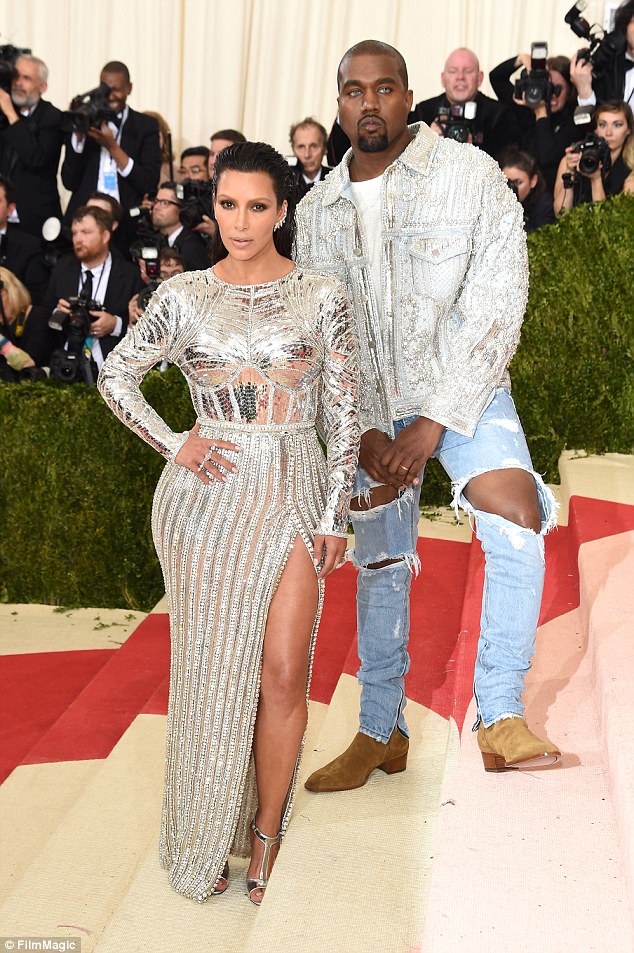 The insider insists that it was Kim who was most willing to fight for their relationship and marriage. They told the weekly:  ‘She kept saying, ‘If we can get through this, we’ll be stronger than ever.  ‘They never fell out of love with each other, but it was just one of those times where marriage is hard work, and you have to push through the pain.’ 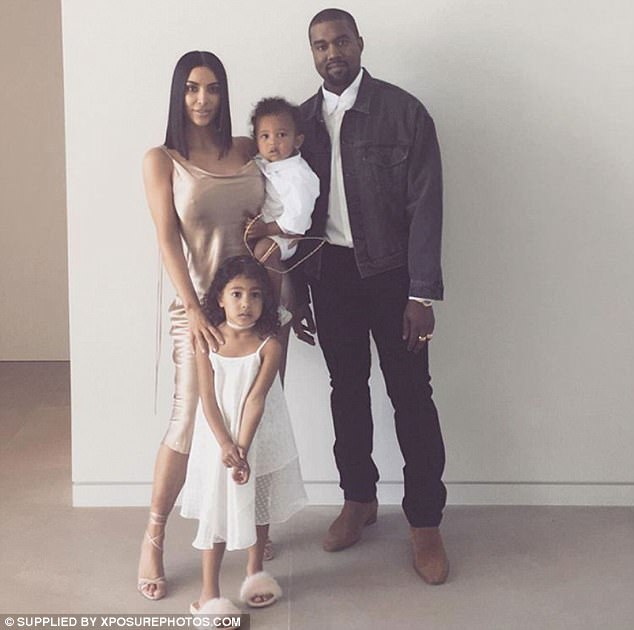 Kim and Kanye with their children North and Saint for Easter last month. 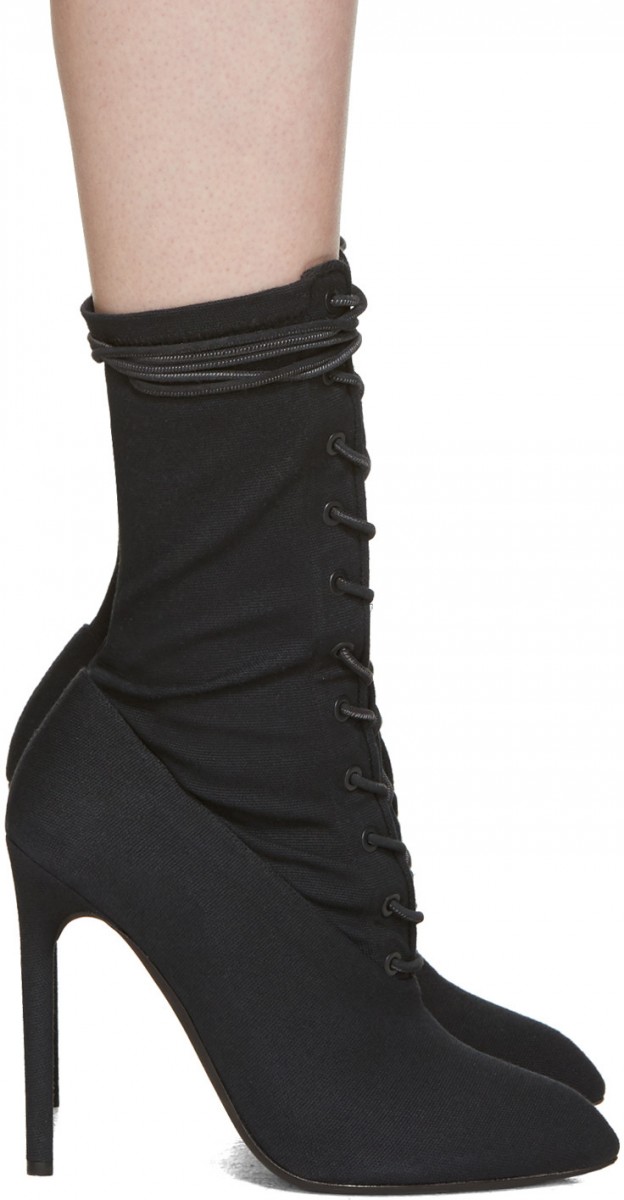 Kanye West’s shoe designs have been hugely popular with his trainers and sock boots becoming sell outs.  And we predict the same for this lace up style from his Season 4 collection. We love the spike stiletto, nude suede and pointed toe. 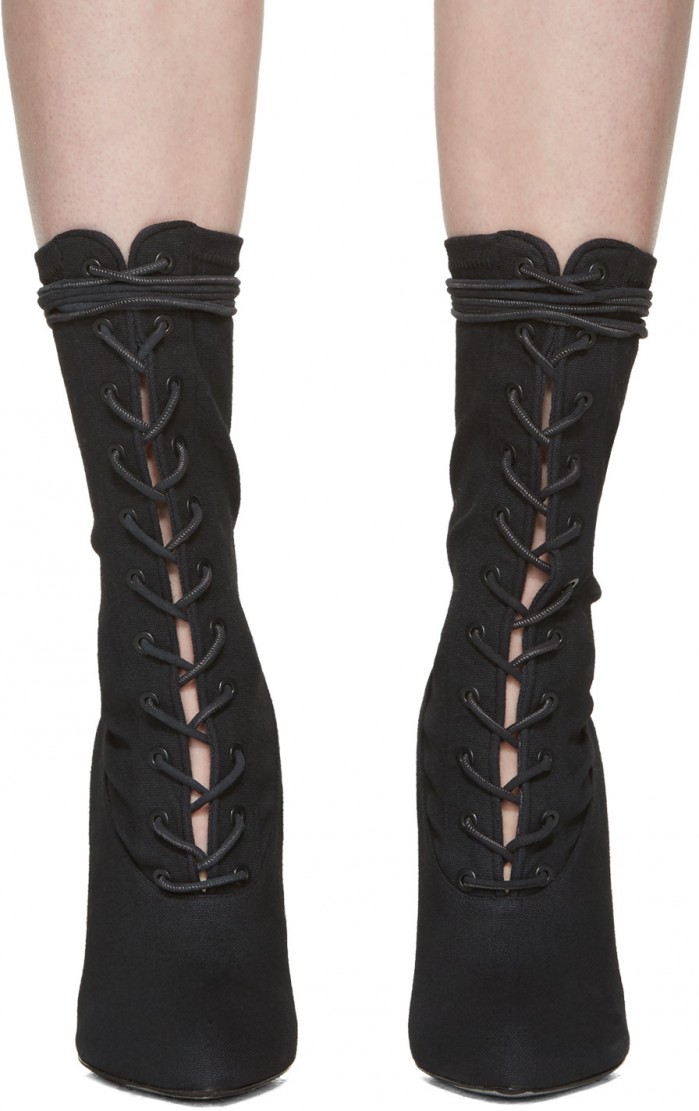 They’re perfect for styling with skinny jeans or would look killer with a floaty midi dress.  They’re not available yet but you can very well buy them in Black at Ssense by clicking ‘Buy’ 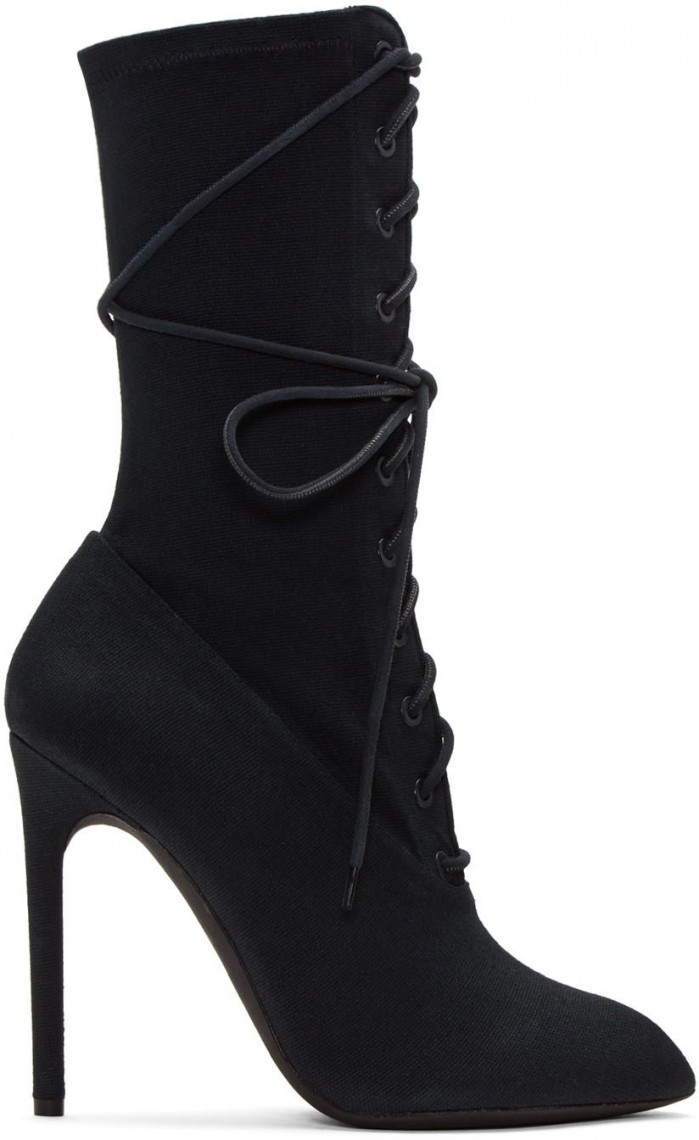 Or recreate the look with our edit of ankle boots below: 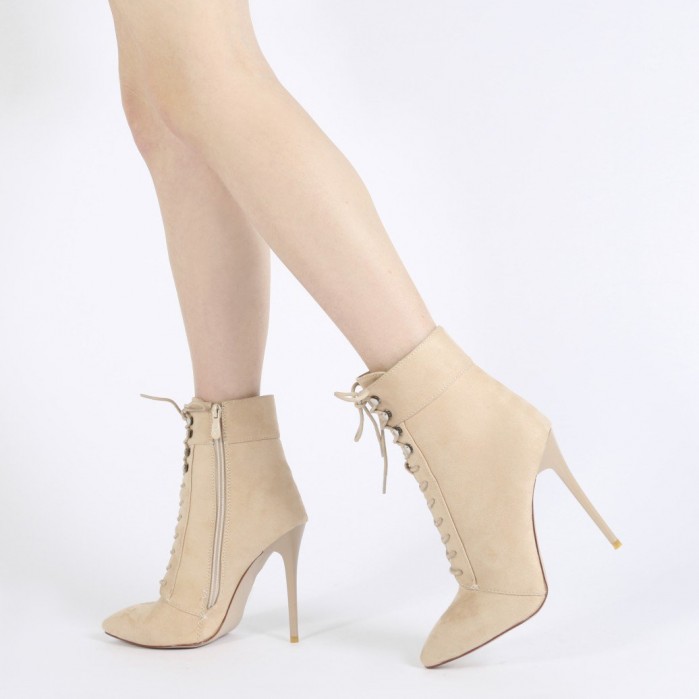 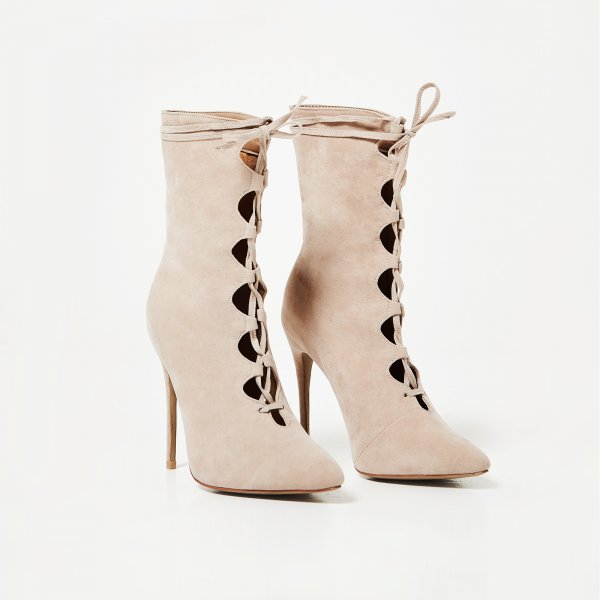