She’s been dutifully visiting her boyfriend Tristan Thompson as he plays in Cleveland, Ohio. But Khloe Kardashian couldn’t stop smiling as she enjoyed a date night with her beau in her native Los Angeles on Saturday.  The reality star looked as smitten – and sexy – as ever as she and Tristan, 26, enjoyed a night out at Nobu in Malibu. 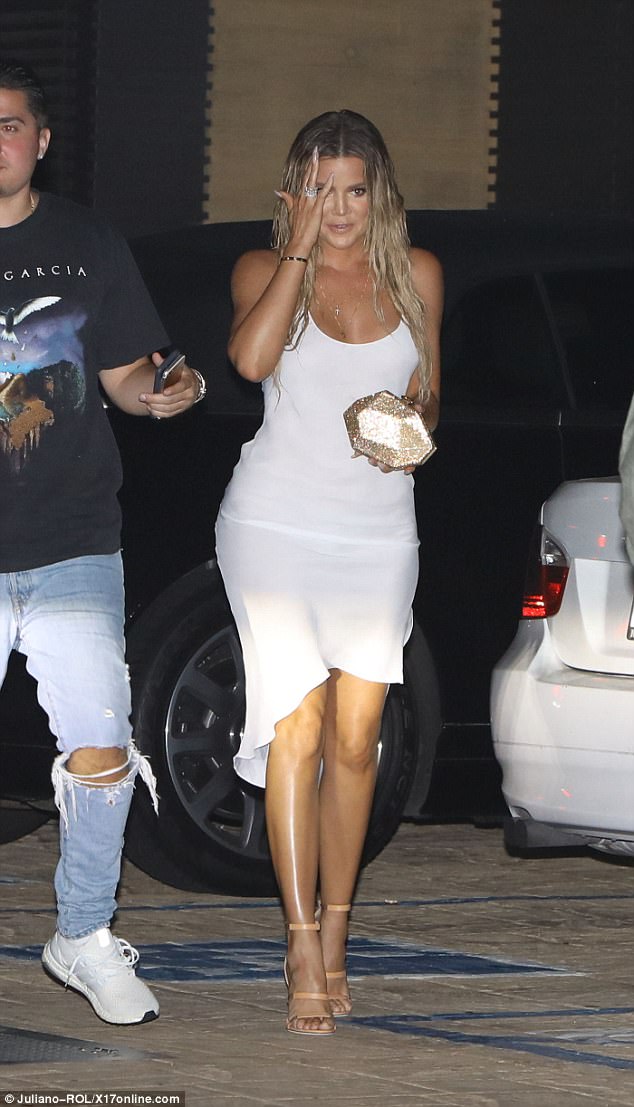 Khloe put her tanned and toned pins on display in the mullet skirt, and her legs appeared even longer thanks to a pair of nude-colored high heels. A glittery gold clutch added an extra touch of glam to the simple yet stunning ensemble, which she also paired with gold necklaces and a bracelet. 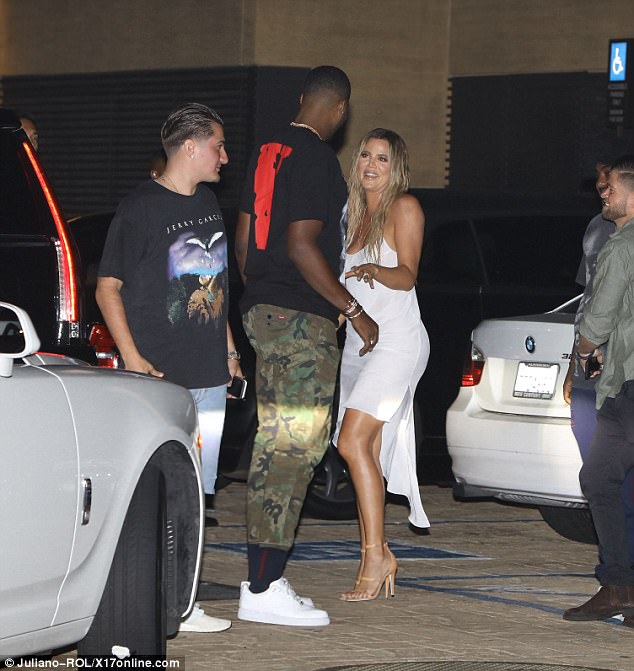 As far as an engagement ring goes, Khloe revealed earlier this year that she would say yes if her Cleveland Cavaliers boyfriend asked for her hand in marriage. She made that revelation in an interview with Evening Standard, adding she’d ‘never been in this type of love.’ They were set up by a mutual friend, who she initially told that she was not keen on being set up on a blind date. 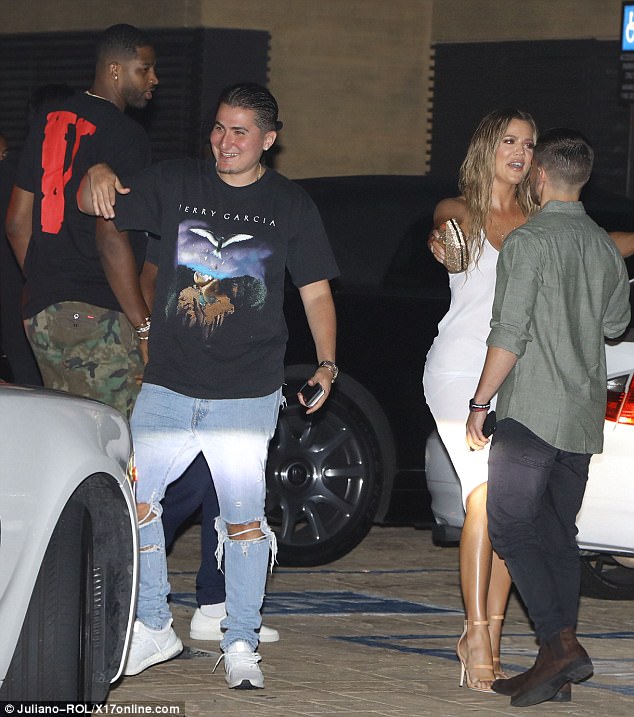 Once they met, though, Khloe says: ‘We both felt this strong energy. I was like, oh this is such a nice, normal man — the normalcy is what I was craving. 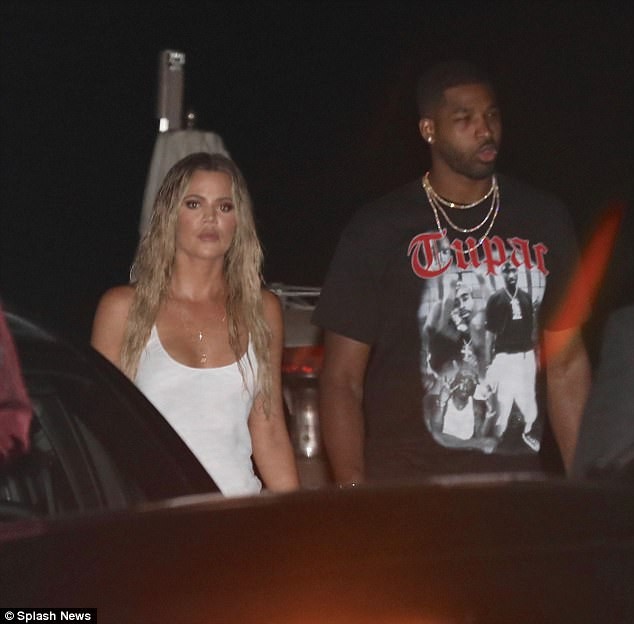 They have been together since mid 2016, after being spotted together hitting up a club together.  Earlier on Saturday, she shared snaps from a joint birthday party for her nieces North West and Penelope Disick. 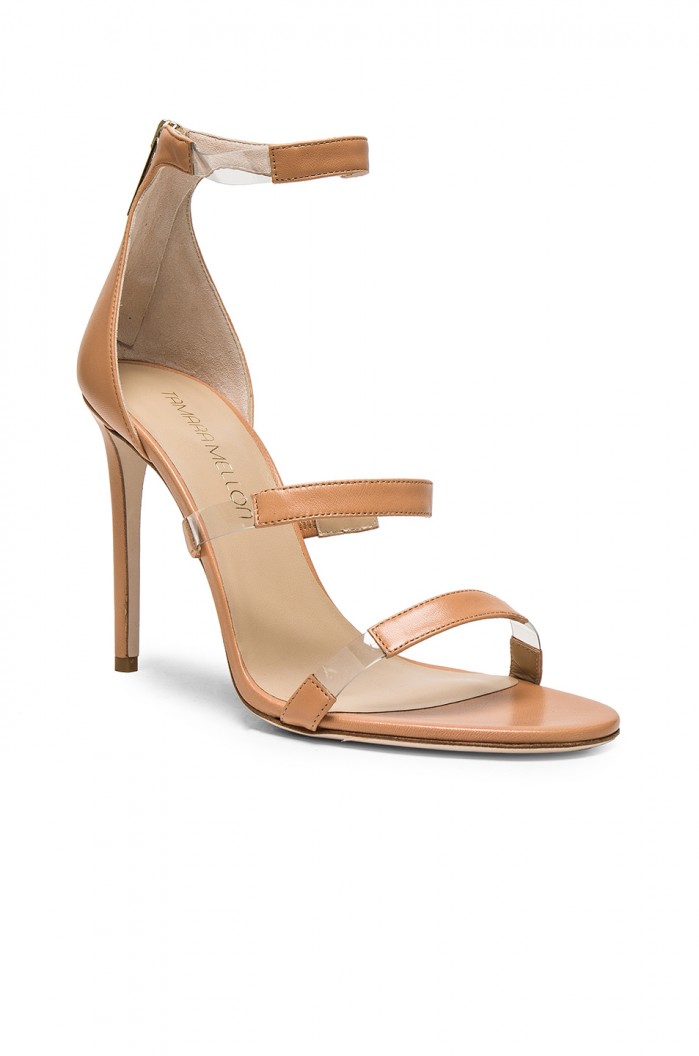 Khloe styled her dress to perfection with some nude triple-strap heels by Tamara Mellon, featuring cool clear detail on the straps. She’s not the only celeb that’s fallen for the charms of these heels. Eva Longoria, Kylie Jenner and Naomie Harris have all stepped out in them too! 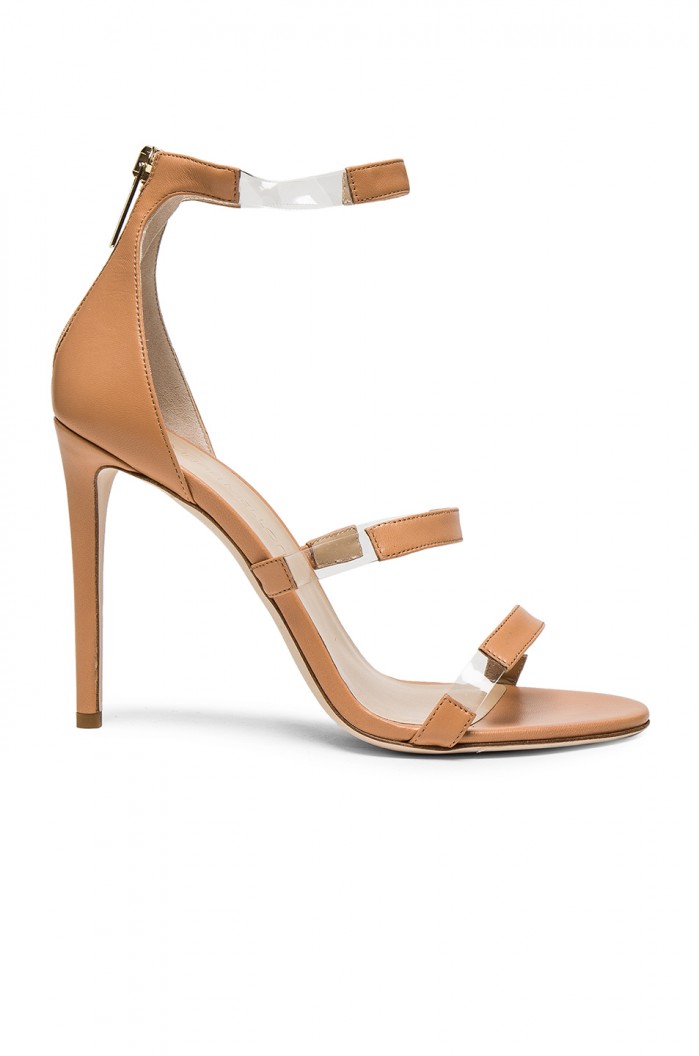 So if you click ‘Buy’ to snap them up from FWRD, you’ll be in good company. 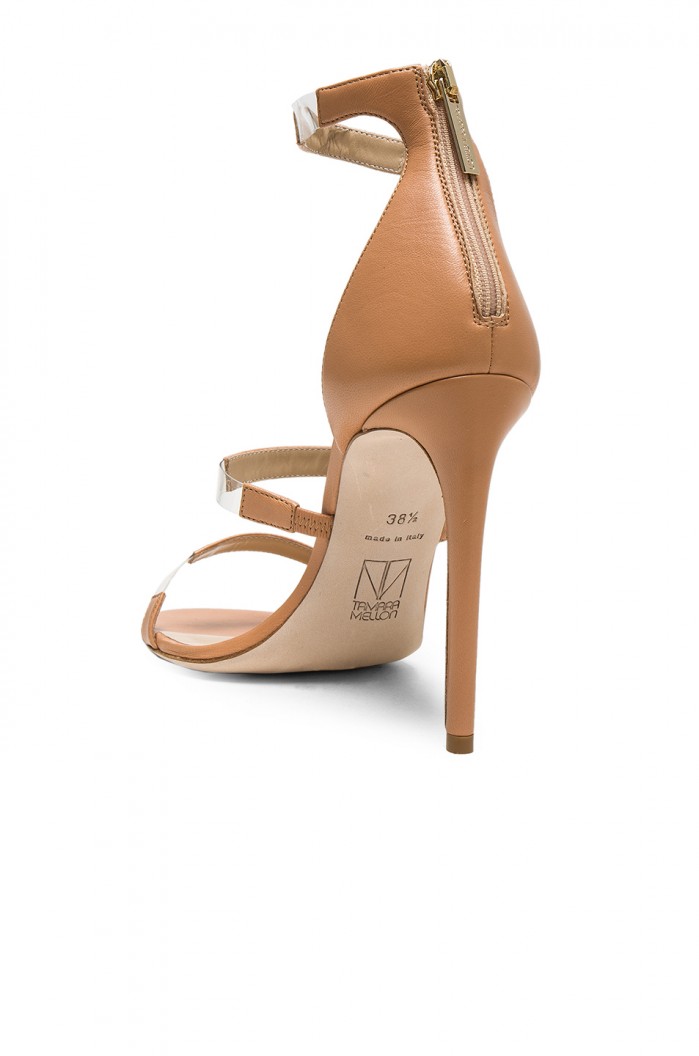 To be a fashion triple threat on a budget that’s more high-street than high-end, just check out our top picks below: 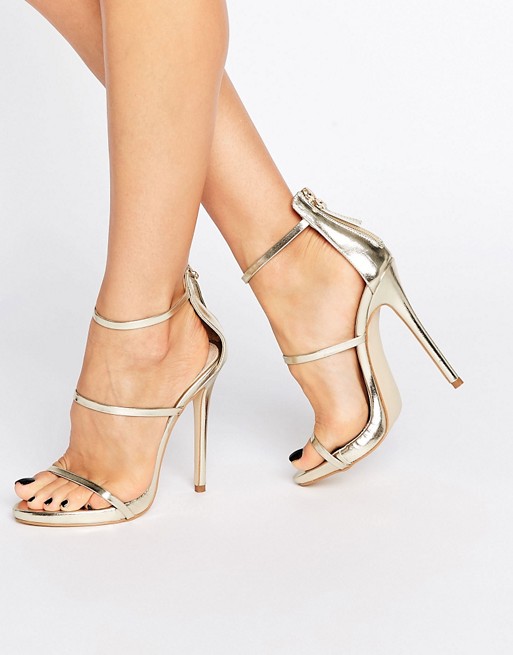 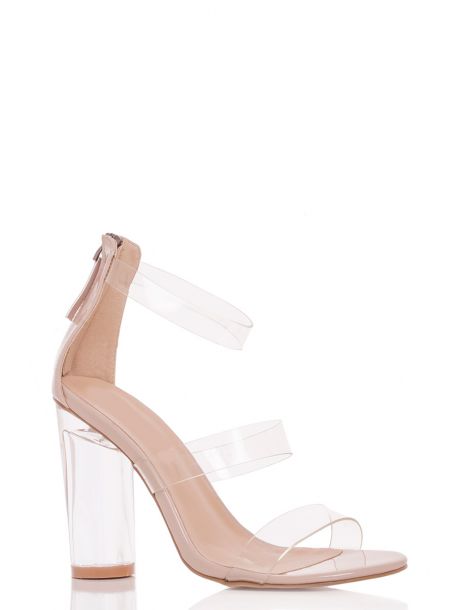