She enjoyed a hugely successful 2017 after knocking catwalk queen Gisele off the top spot on the world’s highest-paid supermodels list for the first time. And Kendall Jenner looked as though she was starting as she means to go on as she kicked off 2018 with a romantic date night with NBA star boyfriend Blake Griffin at Nobu in Malibu, California, on Monday. The Keeping Up With The Kardashians star, 22, wrapped up in a mint and black fluffy Sandy Liang coat, which she teamed with skinny jeans and black leather boots. 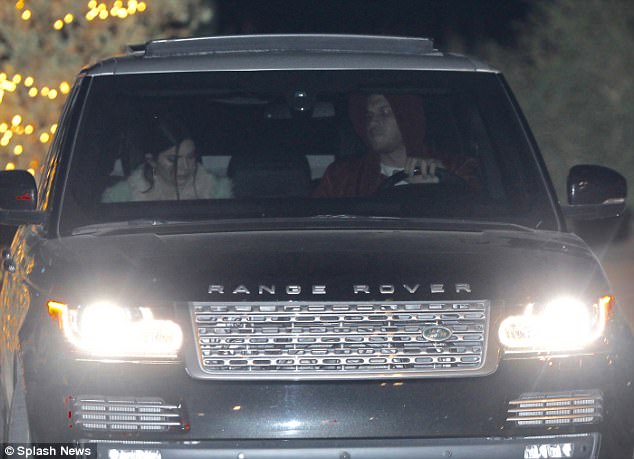 Keeping her face covered as she left the eatery, the supermodel accessorized with a kooky bag bearing an image of the Mona Lisa. Kendall wore her dark locks scraped back from her face and opted for minimal make-up, before hopping in Blake’s Range Rover and heading home for the evening. The runway queen went public with her romance with the LA Clippers player, 28, back in September, but the couple has only been pictured together on a handful of occasions. Prior to her relationship with the sportsman, Kendall was linked to rapper ASAP Rocky, 29. 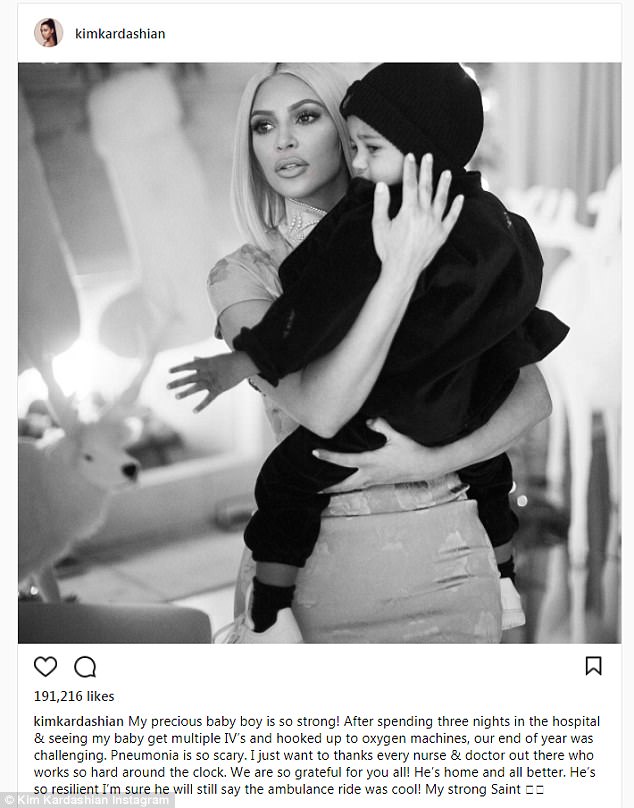 Blake parted ways with his fiancee Brynn Cameron in July, and the couple raise two children together; son Ford, four, and daughter Finley, 14 months. Kendall spent New Year’s Eve partying up a storm at Dave Chappelle’s New Year’s Eve bash, with pal pal Fai Khadra posting snaps of the evening on her Instagram page. The reality star was also joined at the bash by her model best friend, Bella Hadid, 21. 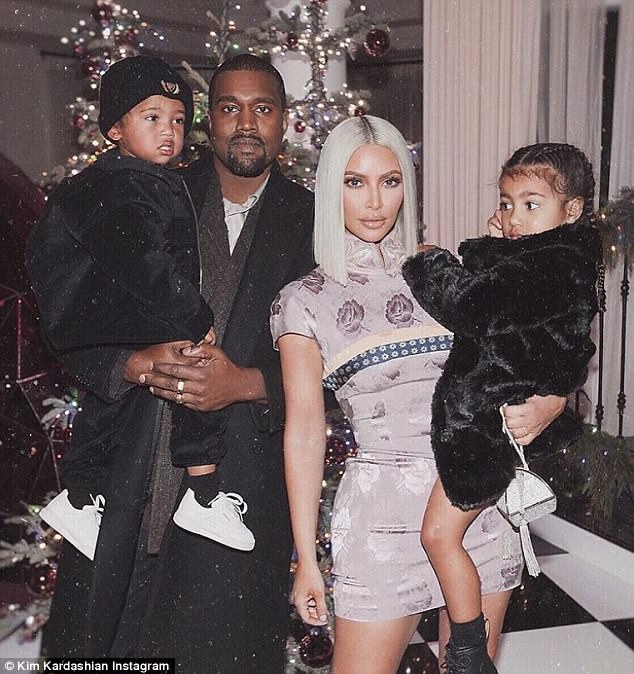 Kendall’s New Year’s Day appearance comes after it was revealed her nephew Saint West, two – the son of her sister Kim Kardashian, 37, and rapper husband Kanye West, 40 – was hospitalized for three days with pneumonia. 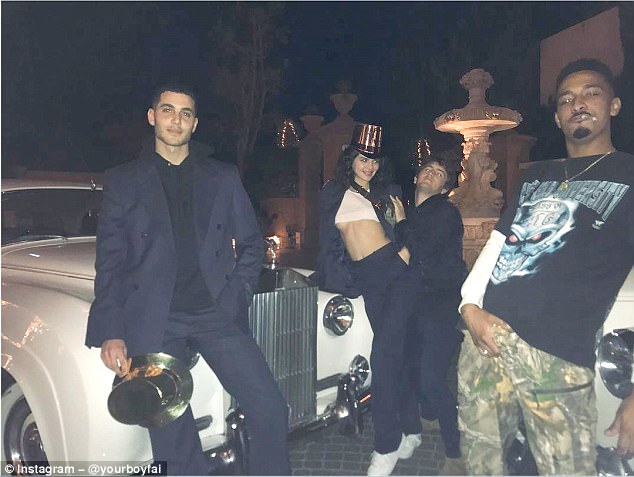 The reality star took to Instagram praising her ‘resilient’ boy and revealed that Saint was hooked up to an oxygen machine during the ‘scary’ incident. ‘My precious baby boy is so strong! After spending three nights in the hospital & seeing my baby get multiple IV’s and hooked up to oxygen machines, our end of year was challenging,’ she explained. ‘Pneumonia is so scary. 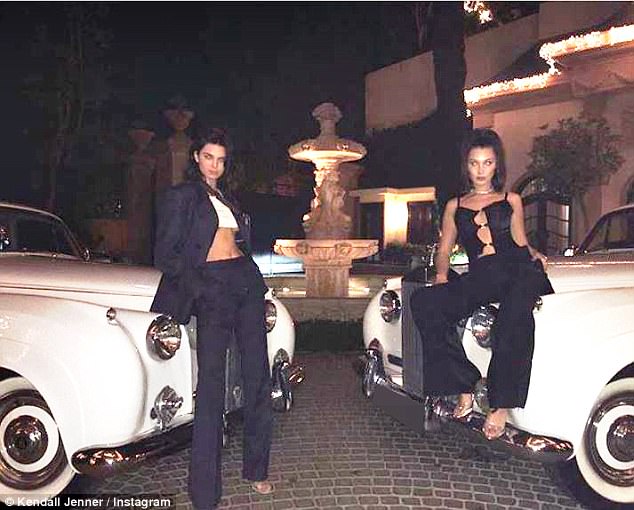 I just want to thanks every nurse & doctor out there who works so hard around the clock. We are so grateful for you all! He’s home and all better.  ‘He’s so resilient I’m sure he will still say the ambulance ride was cool! My strong Saint’. 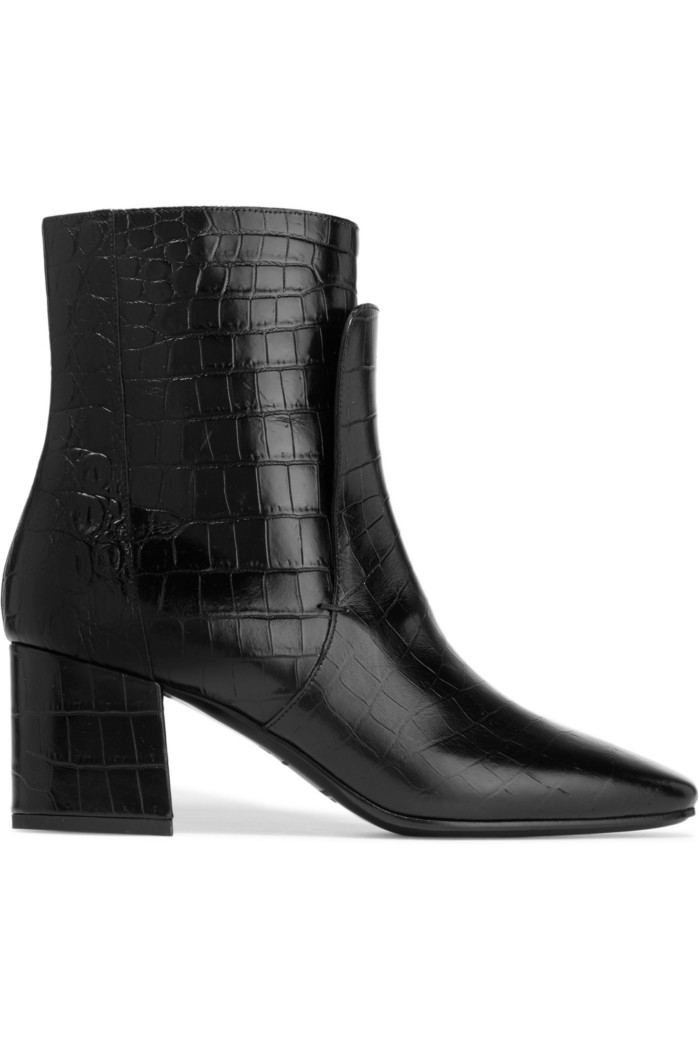 Rocking a pair of black skinny jeans teamed with a green fur jacket, her look was accessorised with a Louis Vuitton handbag and a pair of Givenchy croc-effect boots. 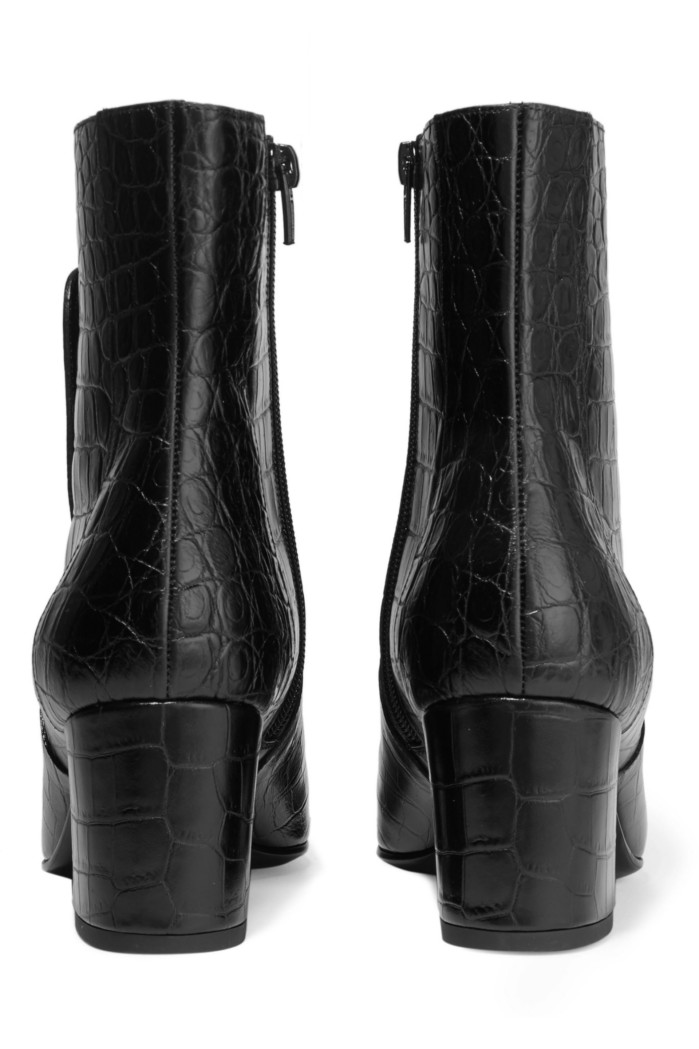 We’re loving these boots on Kendall, the block heel will elevate your look but remains practical; meanwhile the croc-effect and square toe are bang on trend. 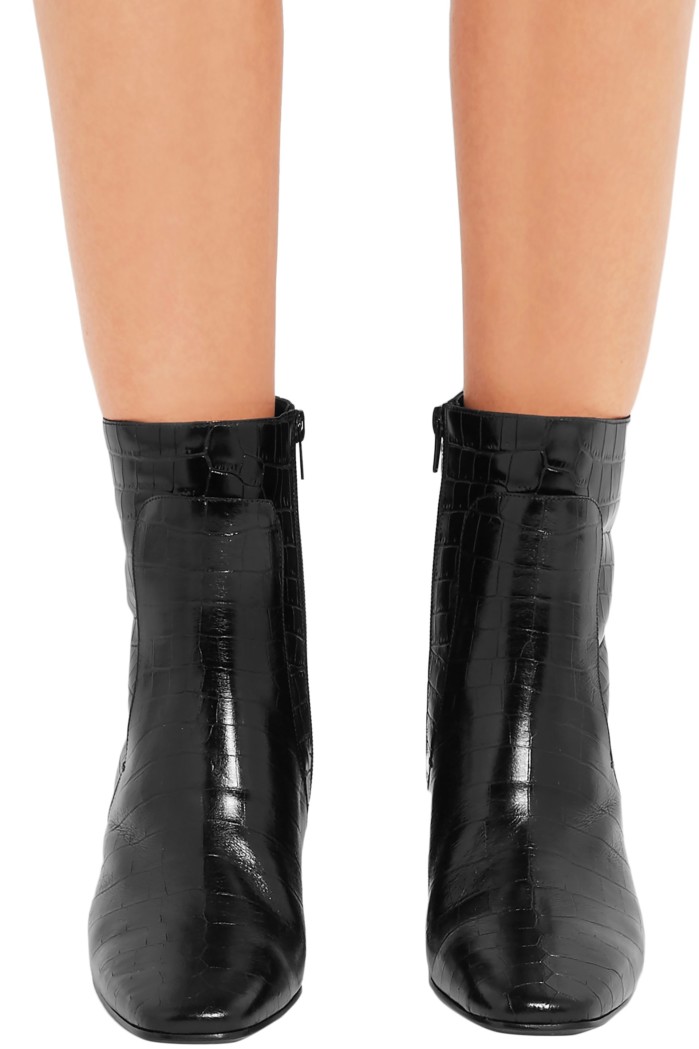 Follow the link ‘Buy’ to grab them now from the Outnet. Or for more choice check out our roundup below: 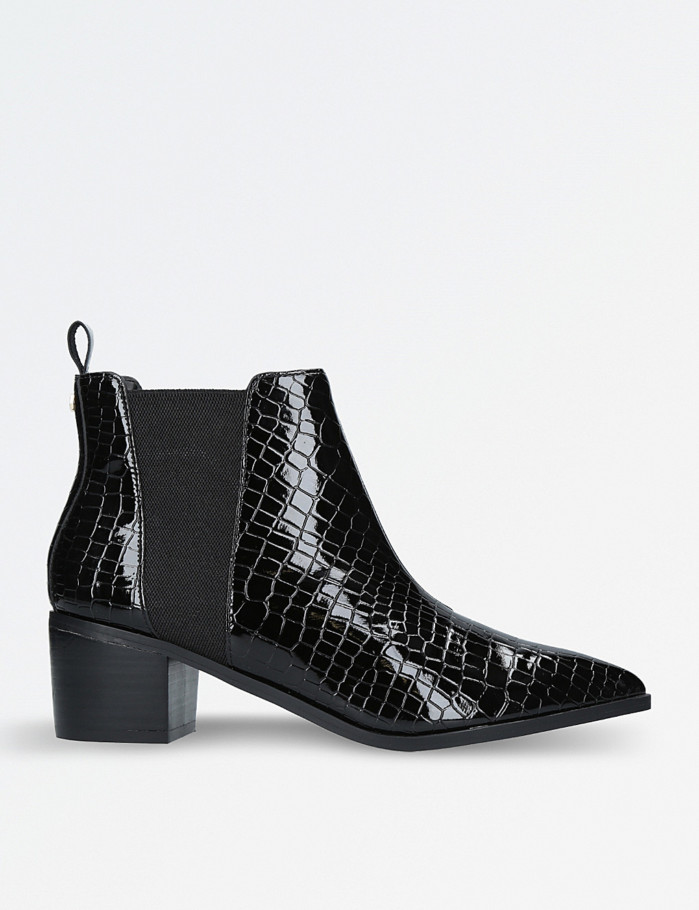 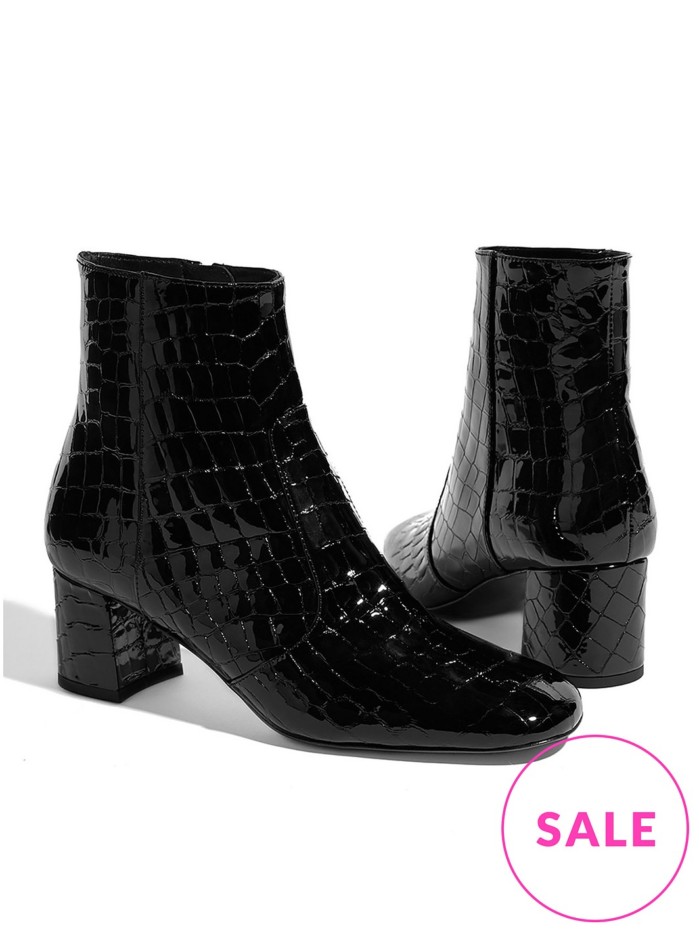