She’s never one to put a fashion foot wrong ever since commanding the world’s catwalks. And Kendall Jenner, 21, continued her signature sartorial display while she enjoyed a fun-filled night out with pal Hailey Baldwin at celebrity hotspot The Nice Guy in West Hollywood on Wednesday. The supermodel – who has graced the pages of high fashion publications including Vogue, Harper’s Baazar and LOVE Magazine – flaunted her slender pins in a pair of high-waisted light wash denims. 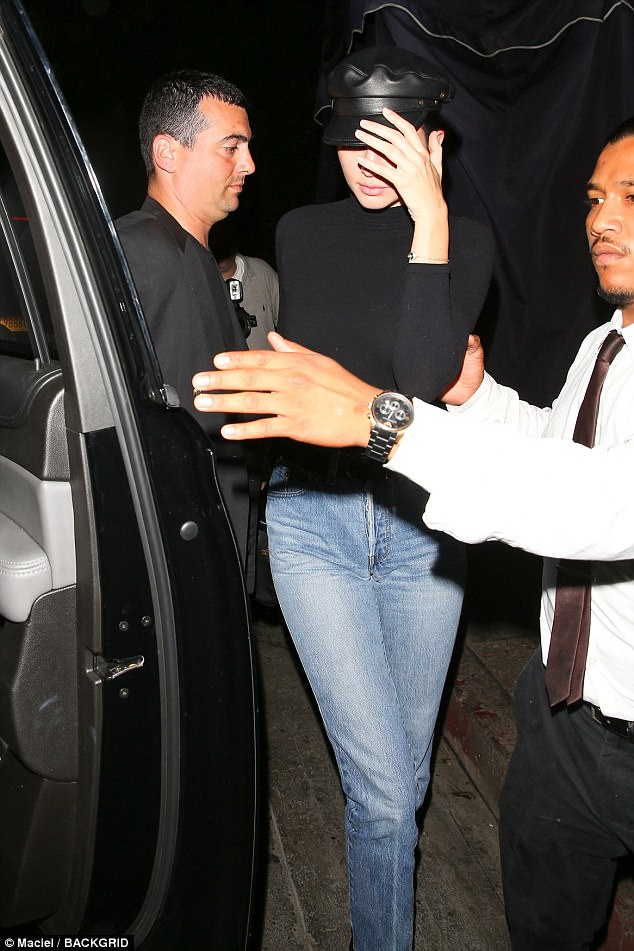 Showcasing her statuesque model frame, her ankle-grazing jeans hugged her lean limbs with a plomb as she strolled out of the venue in her luxe pointed leather boots. Fashionista Kendall highlighted her narrow waist with a thick black belt while she matched her accessory with a mini tote in her manicured mitt.

Keeping to a form-fitting theme, the E! reality star donned a skintight high-neck top as she oozed Parisian chic for her LA outing in a baker boy cap. Leaving the venue alone, Kendall is rumored to be dating NBA star Blake Griffin, after being pictured out to dinner with the athlete on August 13.

While the beauty – who has been dating rapper A$AP Rocky, 28 – has been busy putting her West Hollywood pad on the market earlier this month. The supermodel spent a reported $6.5 million dollars on the home, which she now ‘believes to be jinxed’ after coming face-to-face with a stalker inside and losing $200,000 of jewelry in a burglary. 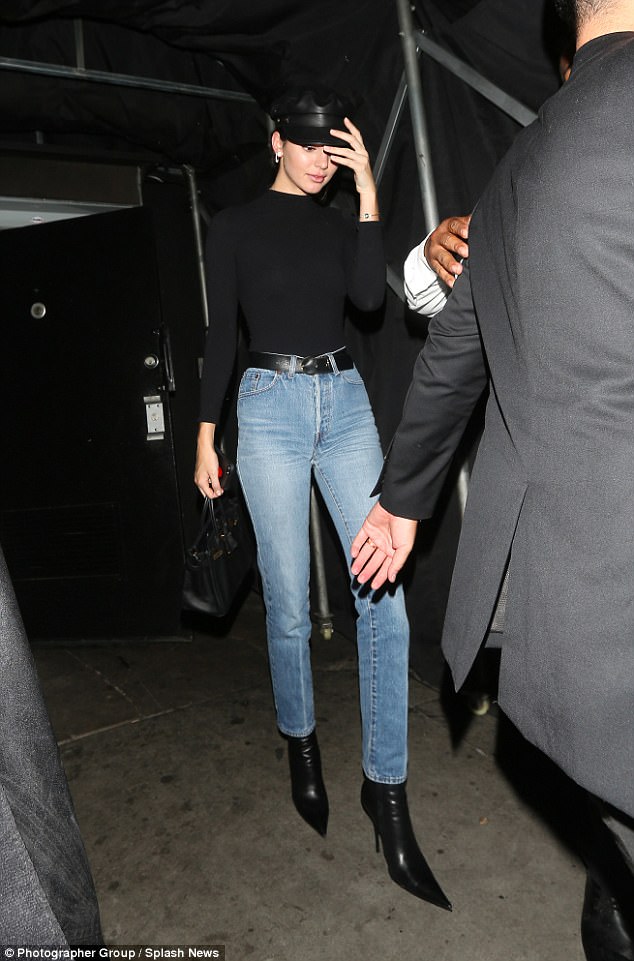 Not alone for her evening out, model pal Hailey, 20, joined in on the festivities as she channeled the nineties in her head-turning threads. The blonde bombshell teased at her taut stomach in a pair of low-slung jean joggers which she teamed with a skimpy black sport luxe crop top.

Going for a loose-fitting look, she wrapped up in an oversized satin bomber jacket which teamed with a Gucci cross-body bag and white patent shoe boots alongside pals Justine Skye, Jordyn Woods and Jaden Smith. Earlier this week, Hailey was pictured attending the casting for this year’s Victoria’s Secret Fashion Show alongside model hopefuls Izabel Goulart, Georgia Fowler, Devon Windsor and Jasmine Tookes. The blonde bombshell has made no secret of her want to appear in the show, having previously told MailOnline that it was her ‘dream’. 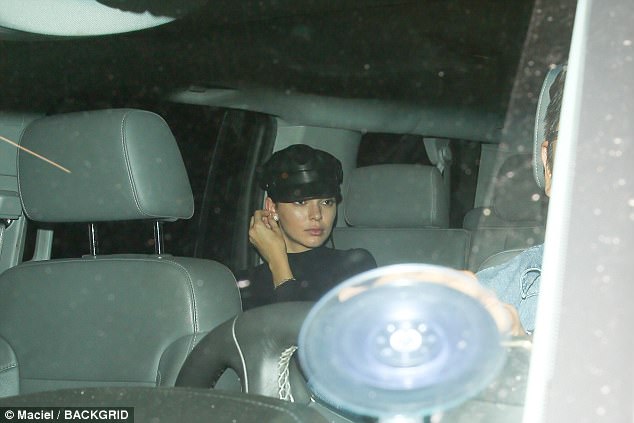 She divulged: ‘I want to walk in the Victoria’s Secret show, it’s every girl’s dream’. In 2015, her BFF Gigi emotionally revealed how she reacted to landing the Victoria’s Secret job on Instagram. ‘Couldn’t keep back my tears!!!!’ She began. ‘Anyone that grew up with me knows that getting this show has been a dream of mine forever!’ It has certainly been a hectic few days for the daughter of legendary actor Stephen Baldwin, the man behind such classics as Slap Shot 2: Breaking the Ice, Shark in Venice and The Usual Suspects. 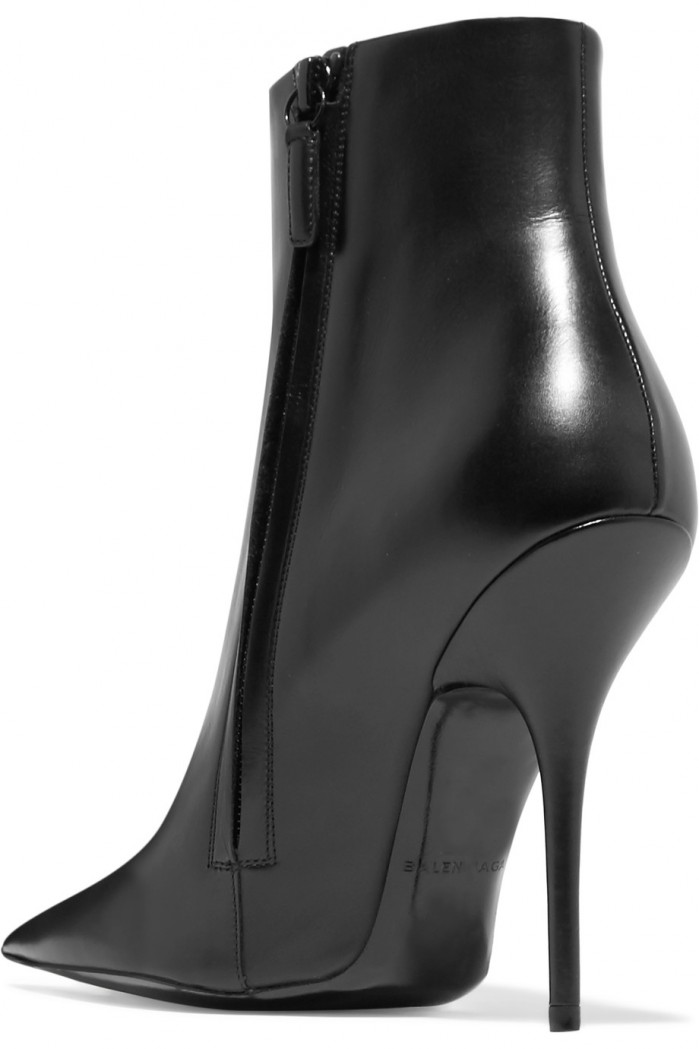 Balenciaga’s black leather boots are inspired by fetish shoes. Crafted in Italy, this sleek pair has an exaggerated pointed toe built on a special metal last to achieve its knife-like proportions, and an ultra slim ‘ice pick’ heel. They’re the perfect height to sit under straight-leg jeans. 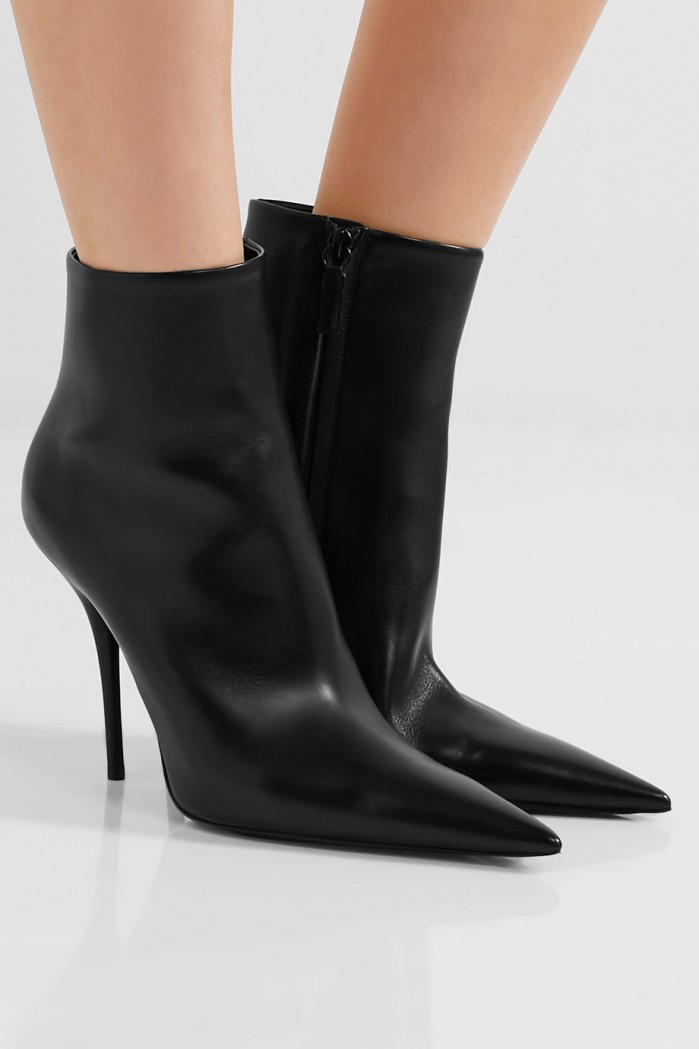 The boots we aren’t actually quite sold on. They’re super pointy design makes Kendall’s feet look longer than they are, but they are certainly statement. If you’re keen to ensure your footwear stands out in a crowd this autumn, click ‘Buy’ to snag these Balenciaga boots now at Net-a-Porter. 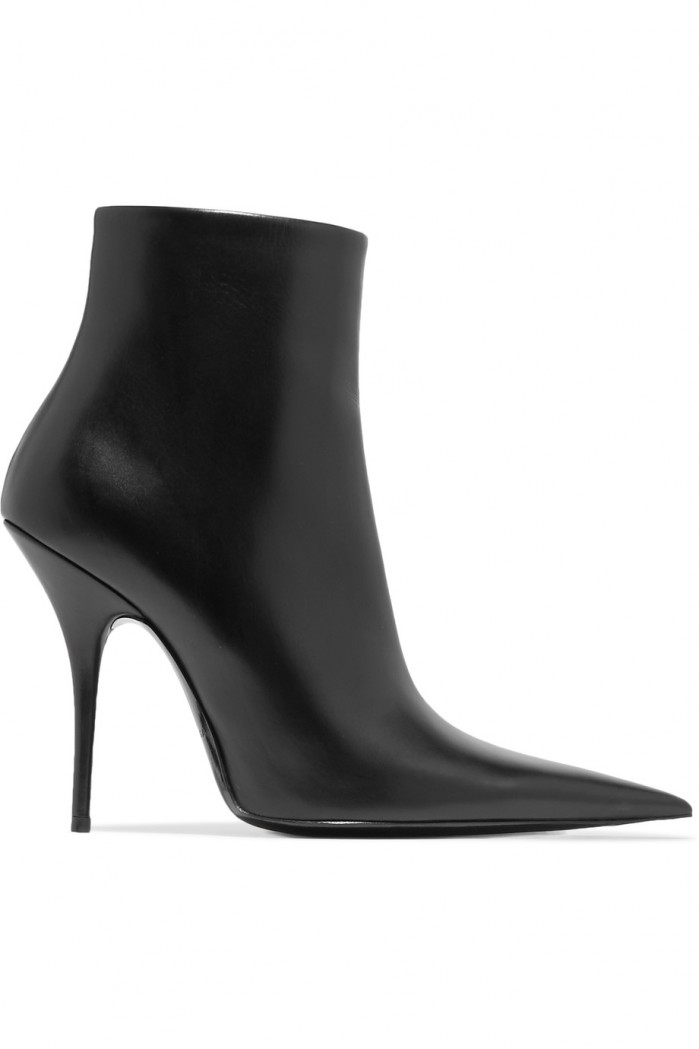 If you want to get the pointed look for less with slightly less drama, head to our edit of toned down pointy booties below: 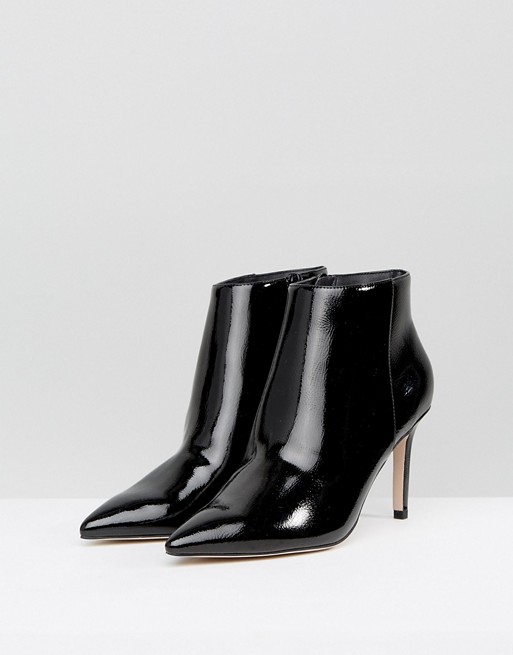 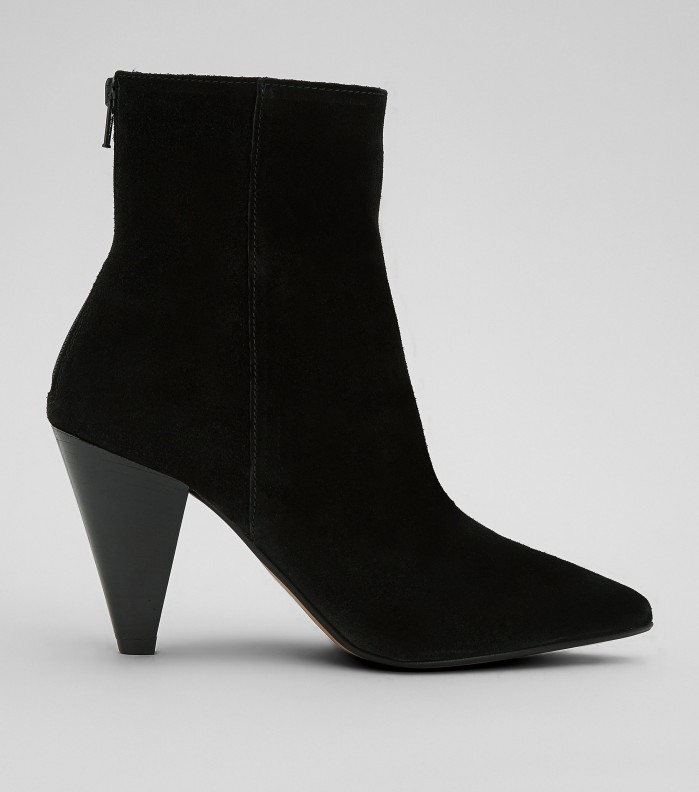