Oftentimes, Kate Middleton, the Duchess of Cambridge, goes for simple and classic designs when it comes to dresses. But on Sunday, shortly after arriving in Canada with the whole family, Kate slipped into an uber romantic frock fashioned with cutouts, red embroidery, and a tiered skirt for her appearance at a support center for women and mothers dealing with alcohol and drug issues. The dress was a breathtaking creation from the house of Alexander McQueen, and she wore it oh-so well with a red clutch, some fine jewelry, and red suede pumps. 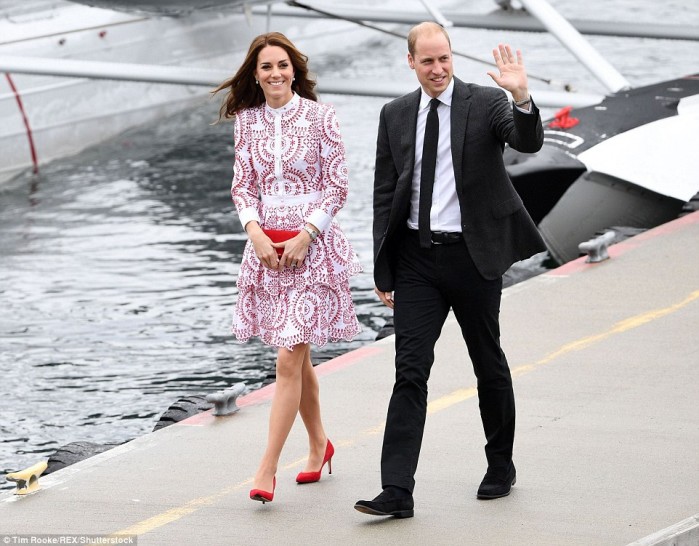 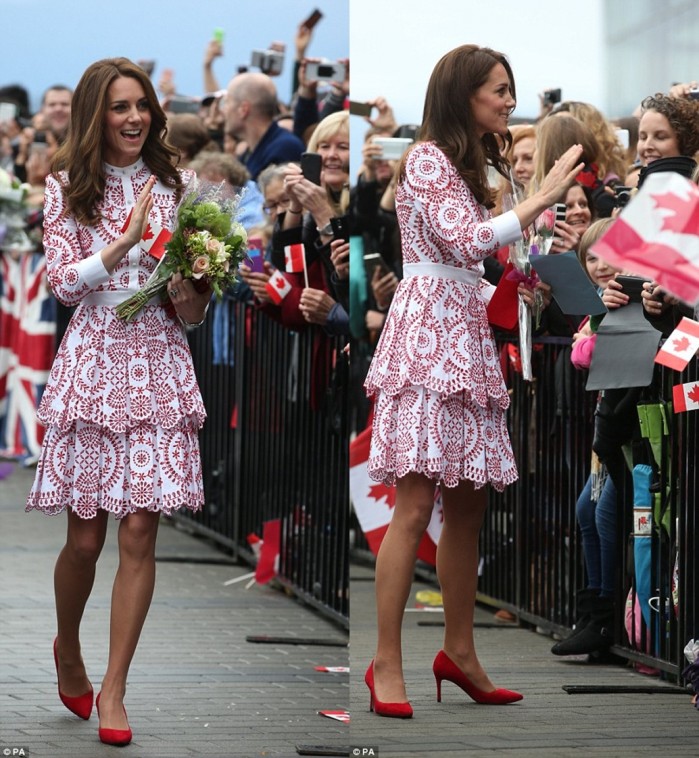 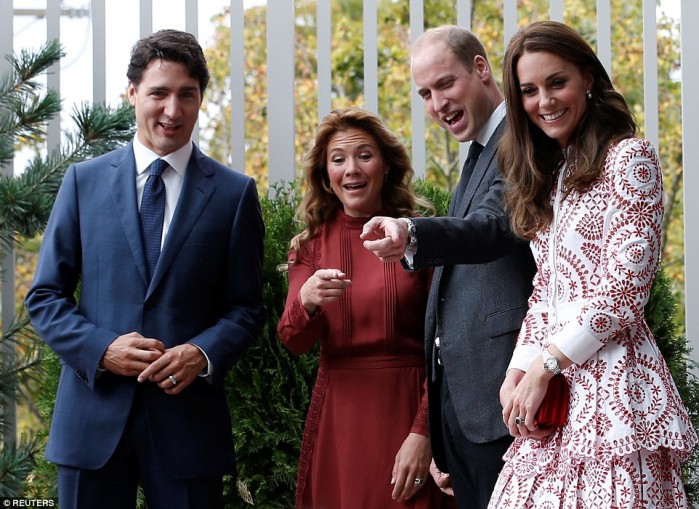 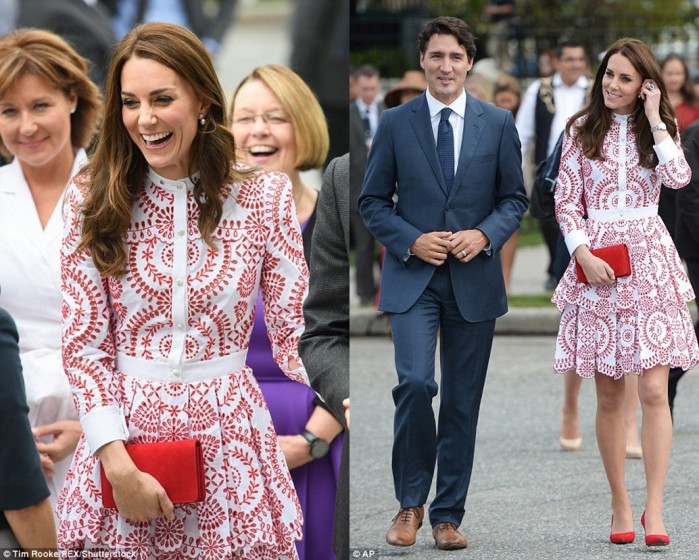 The Duke and Duchess of Cambridge visit Canada and are met by Prime Minister Justin Trudeau and his wife, September 25, 2016

I’m in love with the dress. Aren’t you? And yes, she does look extra lovely in it. Would you agree?

Kate’s tiered number is from McQueen’s Spring/Summer 2017 collection. You won’t be able to access it yet, but you’re free to shop for similar styles from the label, such as this black number: 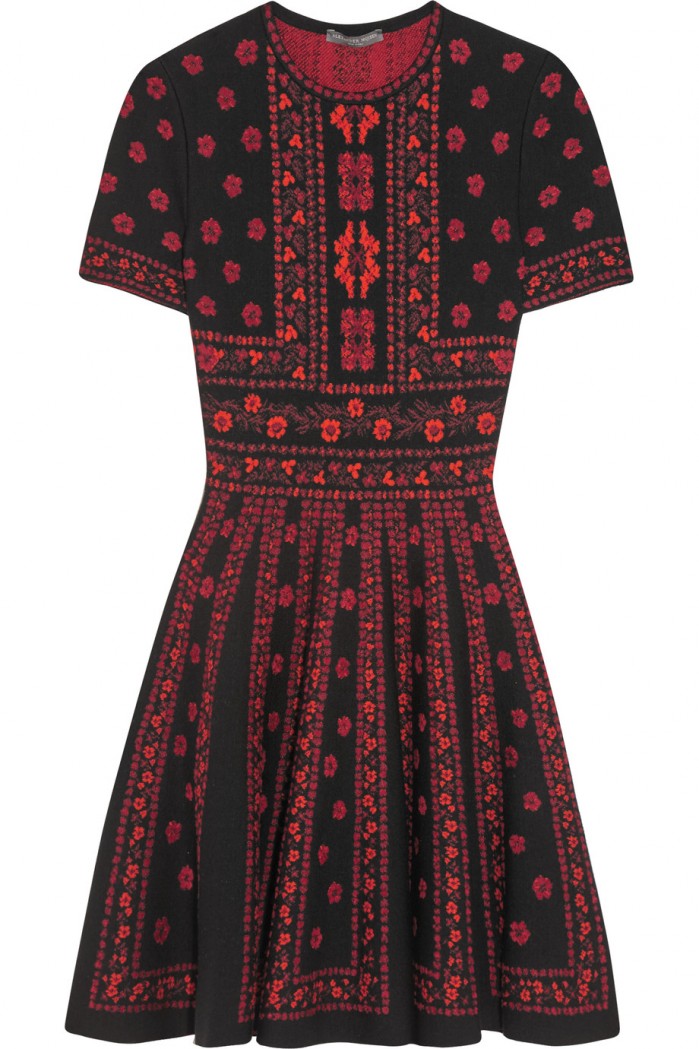 As for Kate’s red pumps, let’s just say the princess has decided on a new go-to designer for her latest selection of shoes — Gianvito Rossi. I’m sure she still loves her Stuart Weitzman heels, but for her 8-day visit to Canada, it’s all about Gianvito Rossi. Oh, and her red clutch is by Miu Miu: 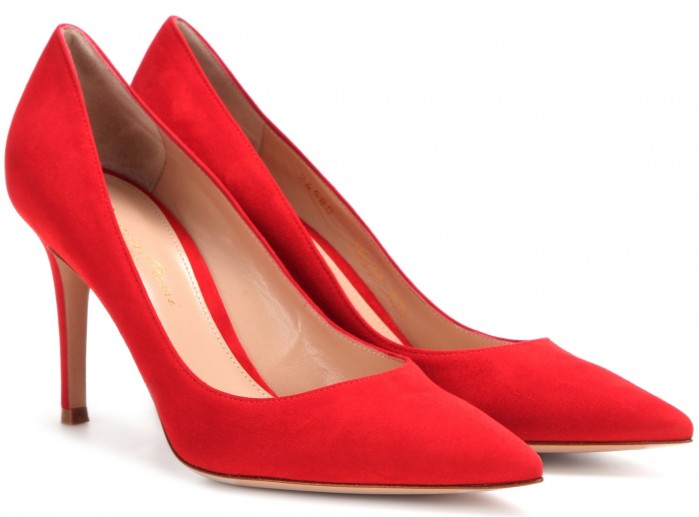 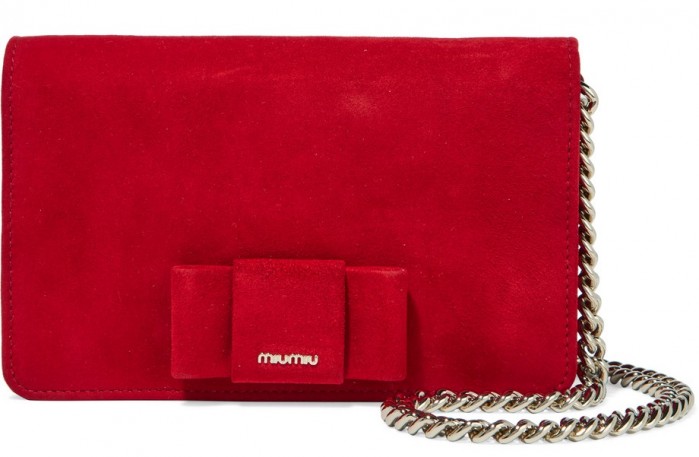 She even wore a nude pair of  the same style (see below) earlier in the day as she stepped off the plane looking all picture perfect in blue. No doubt, the lady was an epitome of elegance in her fancy fascinator and figure-skimming shift dress. I mean, if I could look half as great as Kate while carrying a baby on one hand and holding a toddler with the other, I’d be the happiest girl in the world. 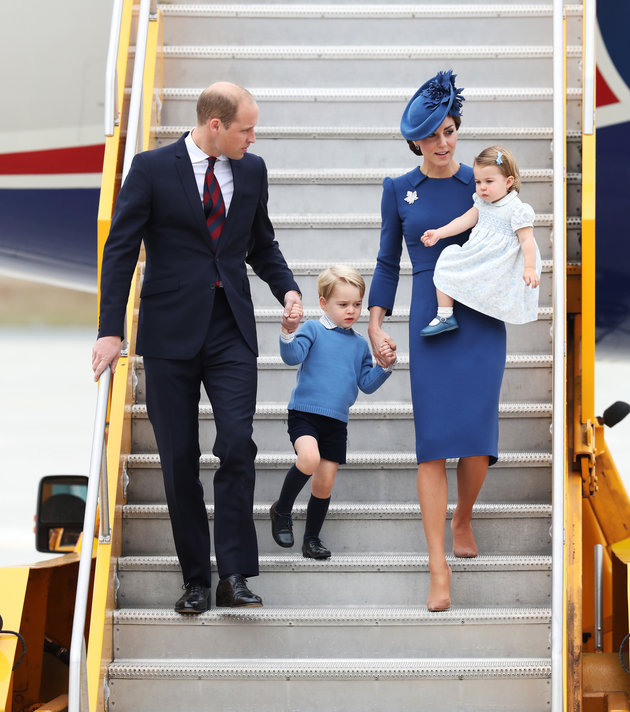 The Duke and Duchess of Cambridge arrive in Canada  with their children, Prince George and Princess Charlotte, September 25, 2016 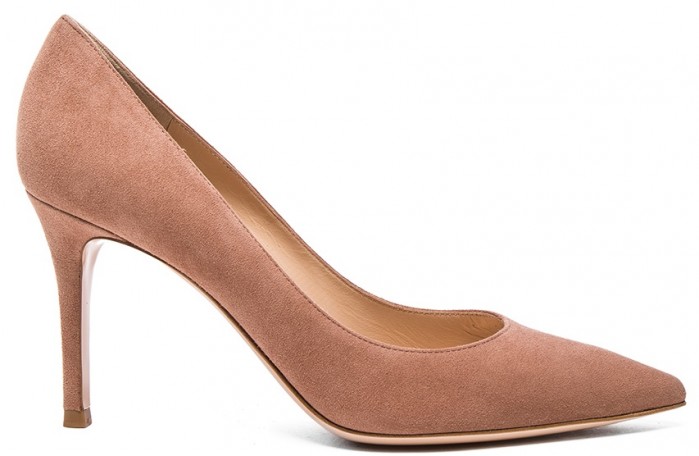