She’s an international model who has graced the catwalk for the likes of Victoria’s Secret and Christian Dior. And Karlie Kloss proved she can even turn heads when in casual attire as she stepped out in New York on Thursday. Dressed in a denim bomber jacket and skinny jeans, the 25-year-old cut a casual figure as she left a Calvin Klein event in the Big Apple. 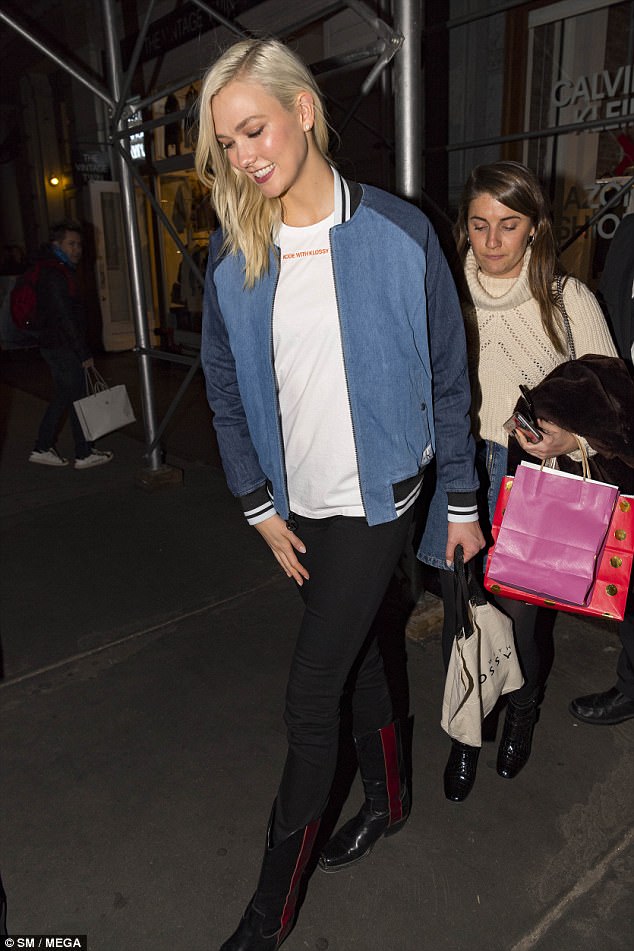 Not needing to add a boost to her impressive 6ft 2in stature, the Chicago born beauty paired her ensemble with patent black cowboy boots, which featured a red-stripe design. Passionate about her business, Karlie promoted her organisation Kode with Klossy, donning a white branded t-shirt and cream tote bag. She styled her platinum blonde tresses in a sleek straight look and showcased her model good looks with a soft brown eye and raspberry lip. 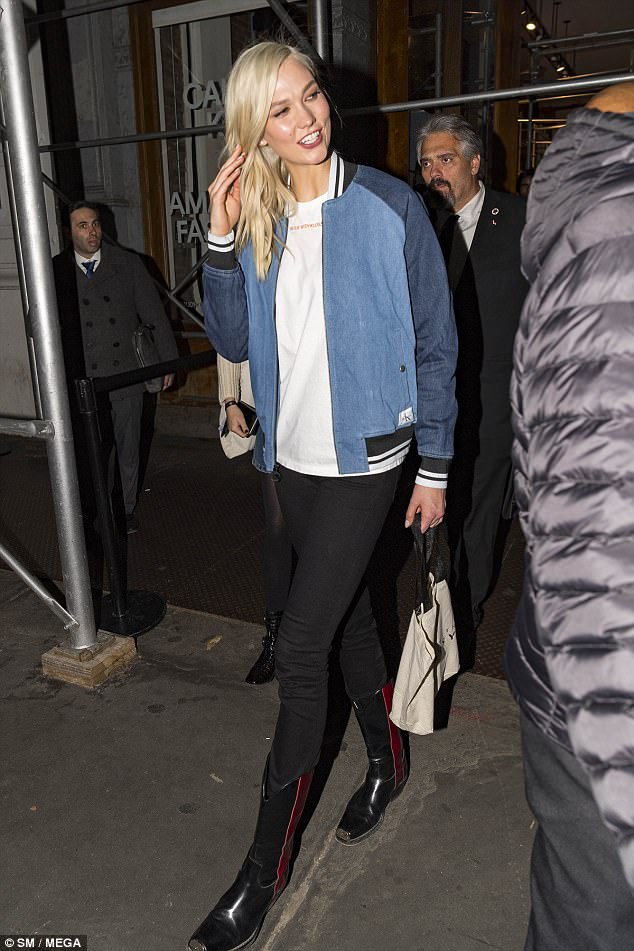 Kloss has had a busy few weeks having spent time in the U.K, where she gave a talk in Oxford and on Monday night co-hosted the British Fashion Awards in London. 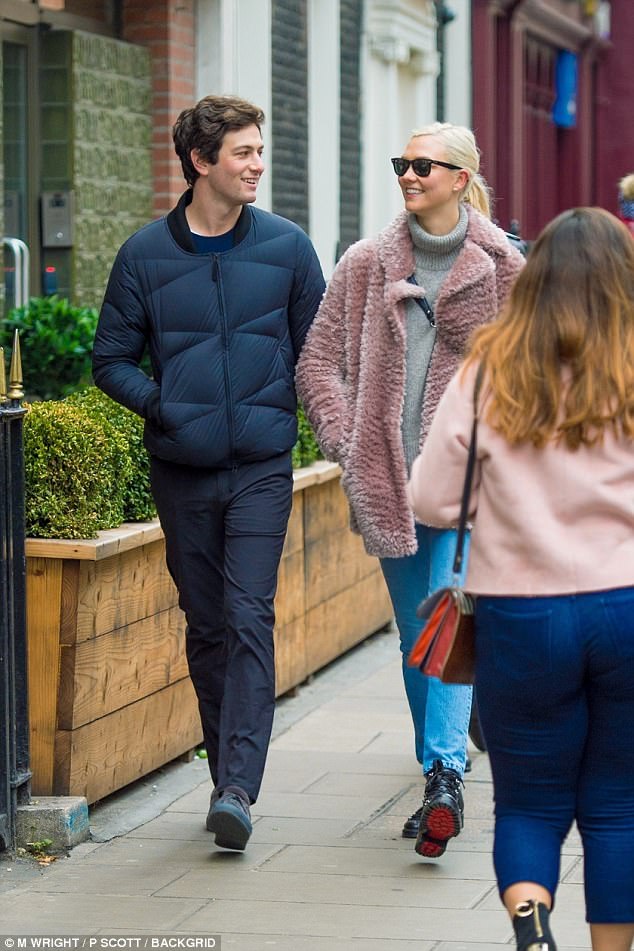 Ahead of the swanky ceremony, the model was spotted enjoying a stroll with her financial investor boyfriend, 32. The couple were low-key as they toured some of the sites in the British capital together. 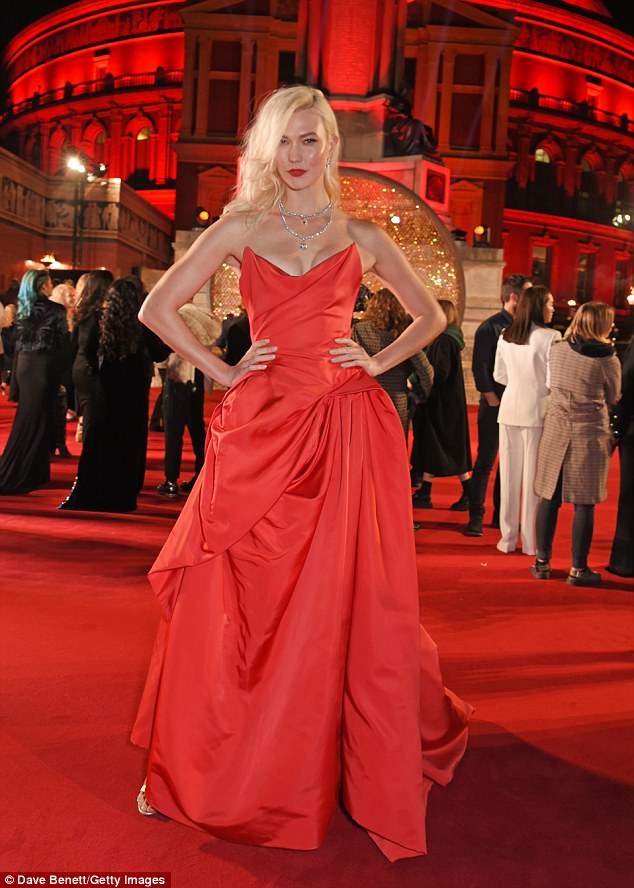 On Monday night Kloss joined other models for the Fashion Awards, walking the red carpet at the Royal Albert Hall in a strapless scarlet gown. The designer number gave a good view of her ample cleavage which event he diamonds dripping around her neck couldn’t distract from. She wore her blonde hair loose in a tousled style and rocked bright red lipstick. 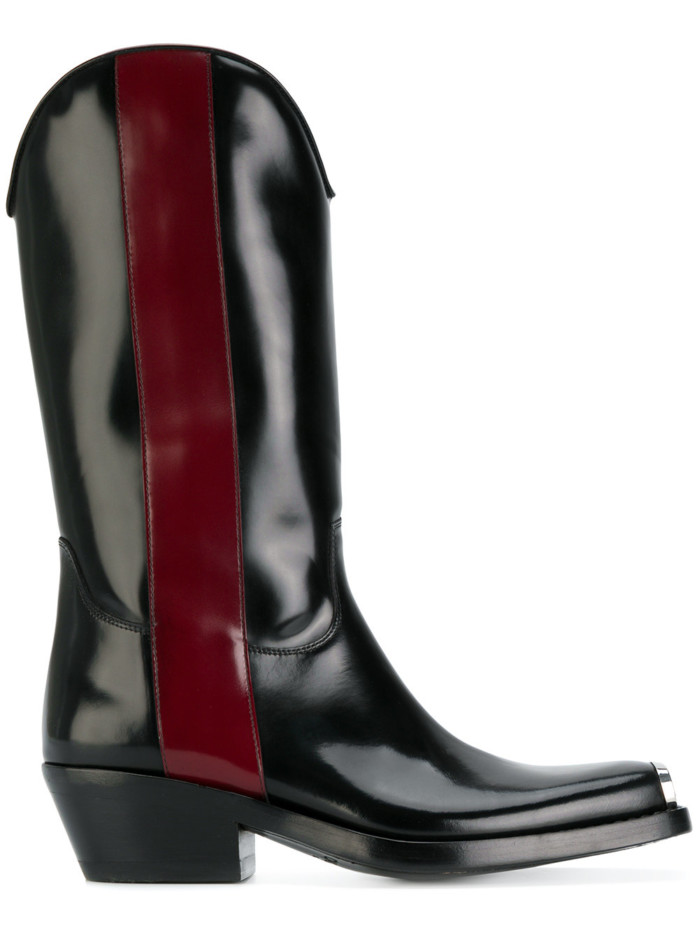 The Calvin Klein 205W39NYC AW17 is a celebration of the United States, and offers an eclectic assortment of styles designed to reflect the diversity of the the country. Cowboy boots are an American icon, and Raf Simons offers his irreverent take on the classic style with this pair; made from black leather, they have a quintessential shape and style, and are defined by a silver tone metal detailing at the toe, and burgundy leather stripes on the outer side of each boot. 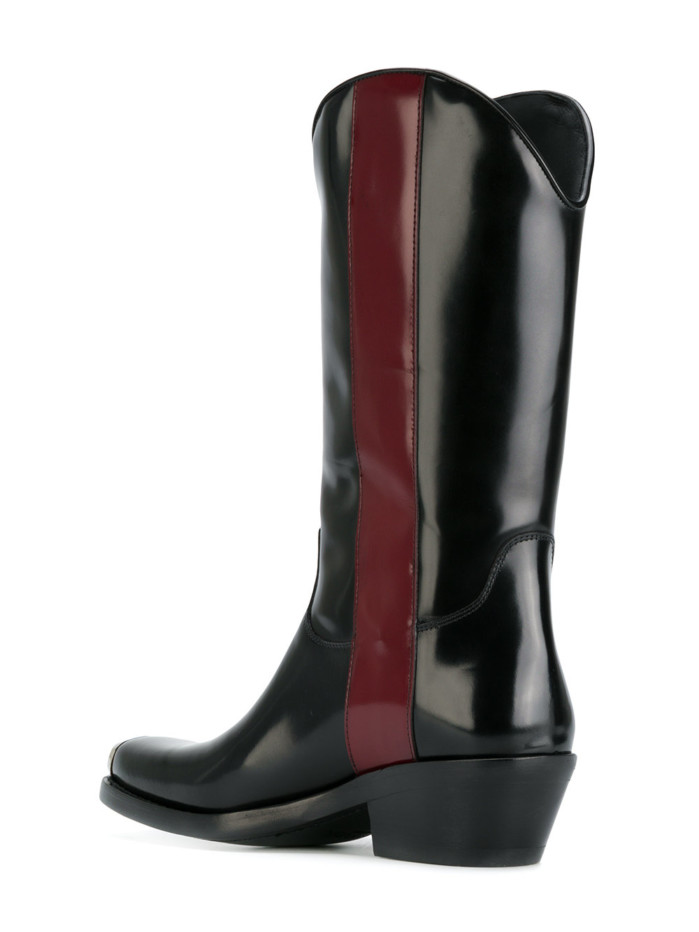 With a clean, minimalist aesthetic, these boots are a modern, wearable update on the classic American style. We particularly love that flat metal detailing at the toes, making this pair a unique find. 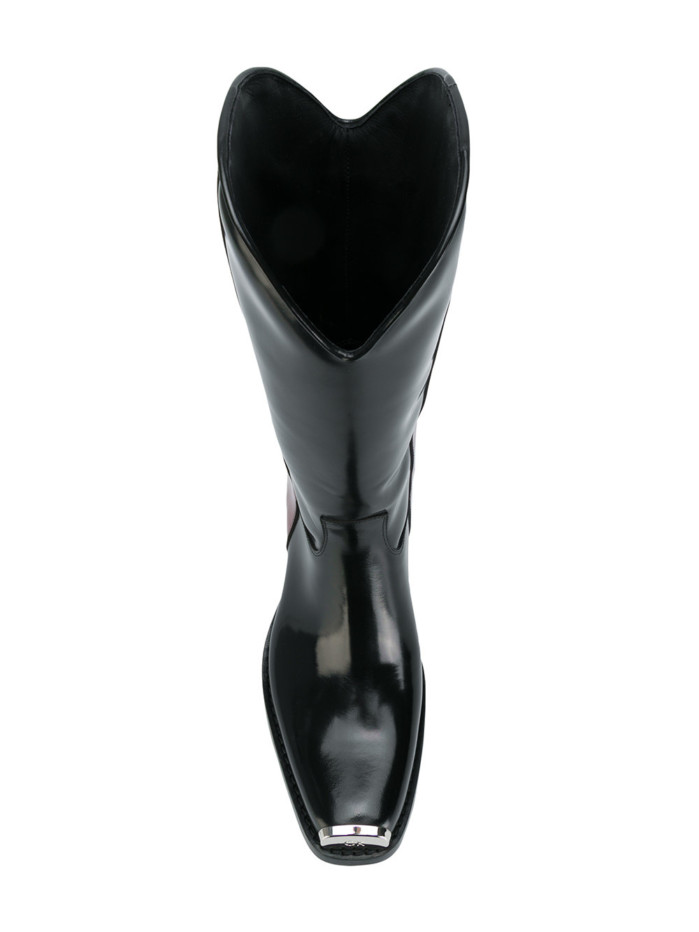 Want to shop the celeb style for yourself? Find our favorite look-a-likes in the edit below. 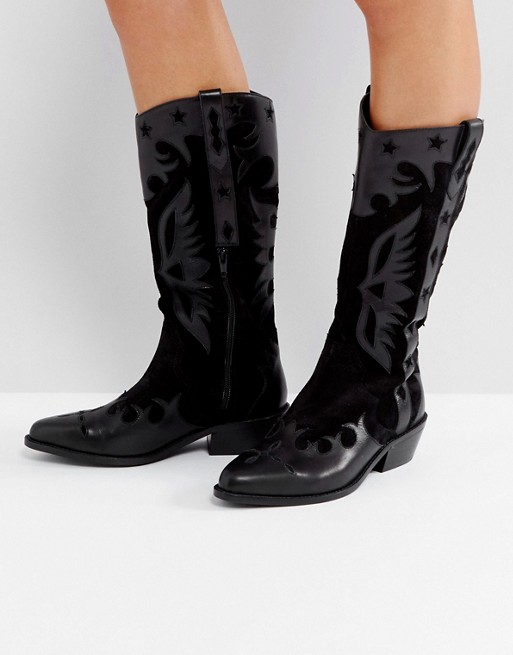 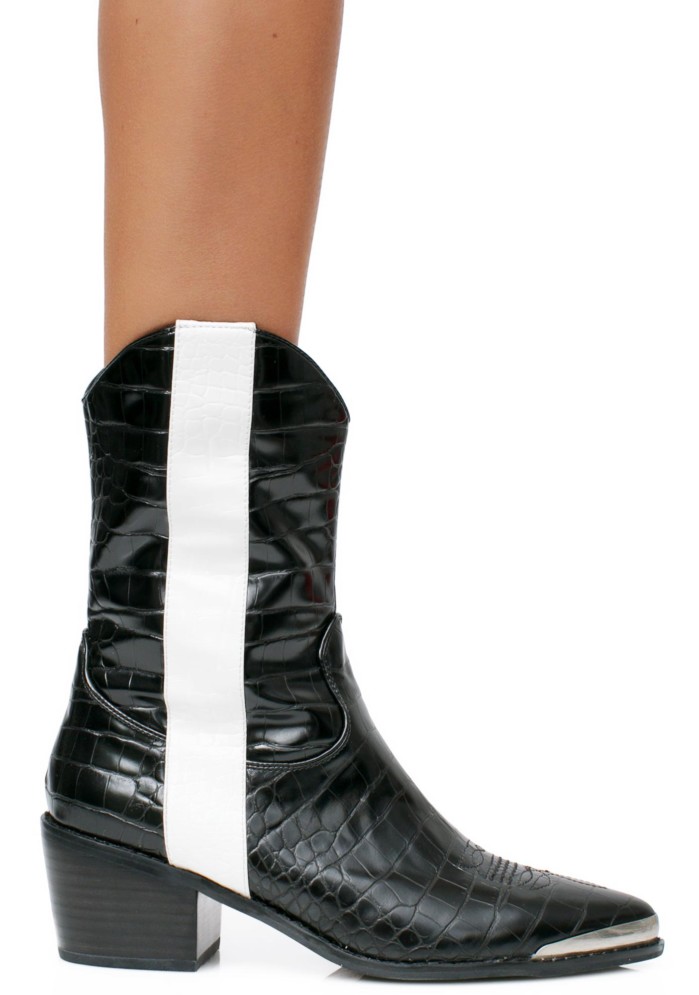