Julianne Moore picked up some food to-go on Wednesday in New York’s West Village. The Oscar-winning actress was spotted heading home from the eatery carrying her takeout in a brown paper bag. She was instantly recognizable thanks to her signature long red hair that she left loose as she ran her errand. 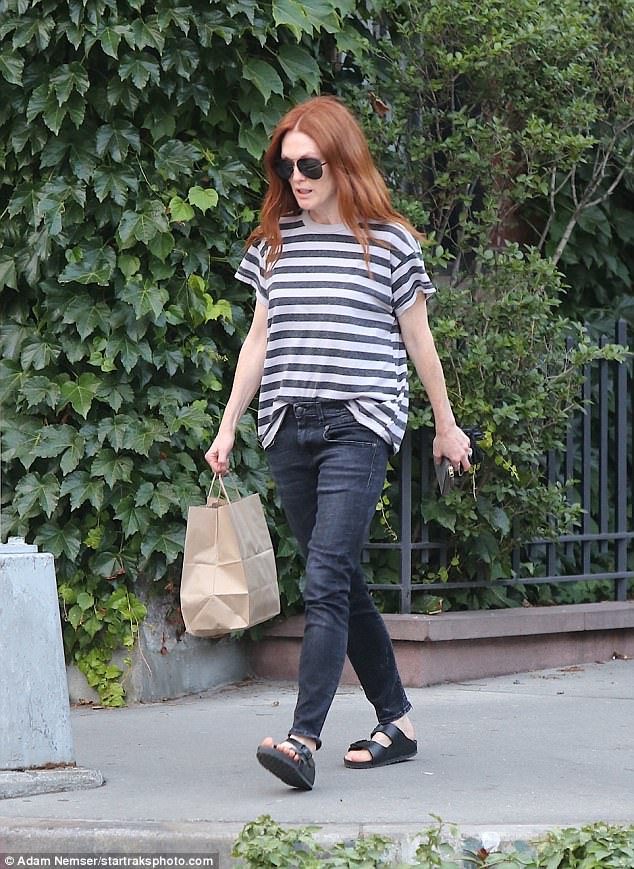 Julianne, 56, wore a striped short-sleeved shirt tucked at the front into blue jeans. She added black leather sandals and a pair of large sunglasses.The Still Alice star, who’s married to director Bart Freundlich with whom she shares two teen children, appeared somewhat pensive as she strolled along. 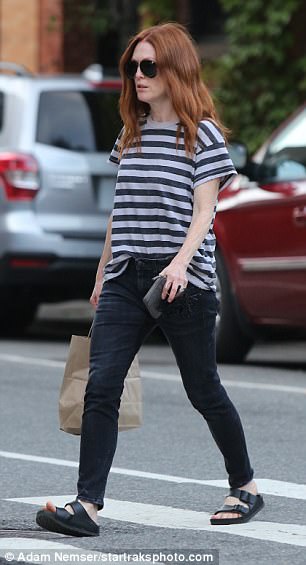 The flame-haired actress recently wrapped filming on the movie Bel Canto. In it, she plays a famous opera singer who is invited to perform at the birthday party  in South America for a wealthy Japanese industrialist played by Ken Watanabe. But when guerrillas storm the building where the event is taking place, guests find themselves caught up in a hostage situation. 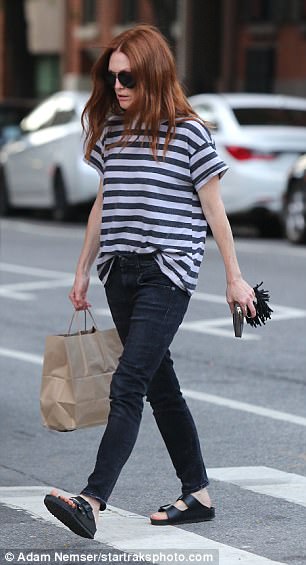 Bel Canto, directed by Paul Weitz, is slated to release sometime next year. Meanwhile, Juianne will be seen on the big screen before then in three films – Wonderstruck, Kingsman: The Golden Circle and Suburbicon. 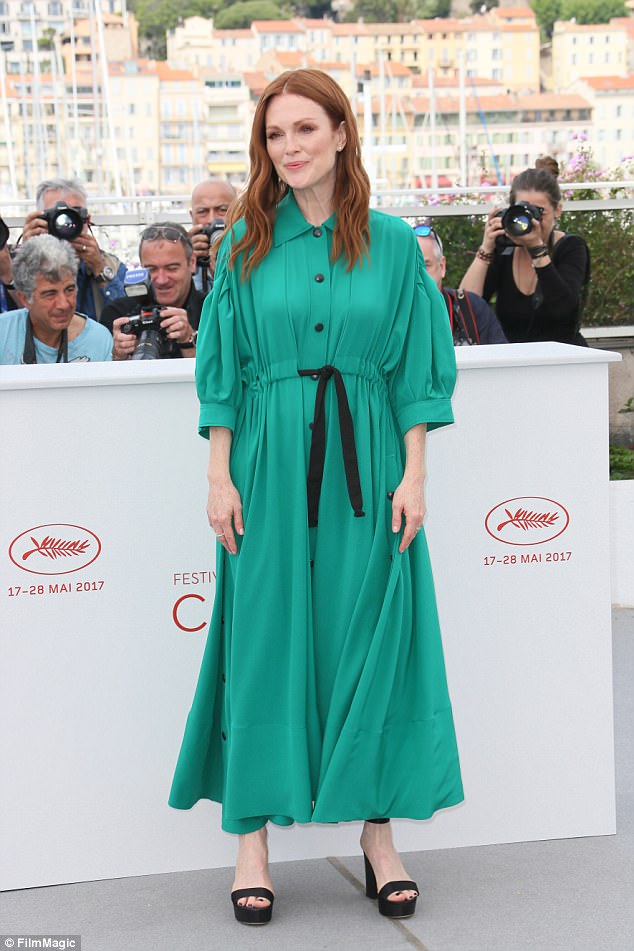 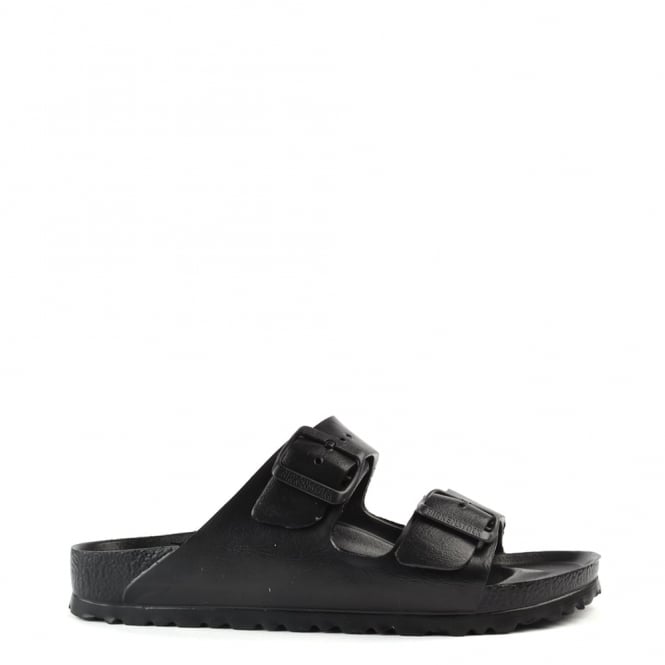 Birkenstock Arizona Sandals have been crafted in black rubber and double strap for a comfortable fit. They are a light option this summer. Style your birkenstocks with denim shorts and a breton t-shirt. These birkenstocks are a narrow fit . 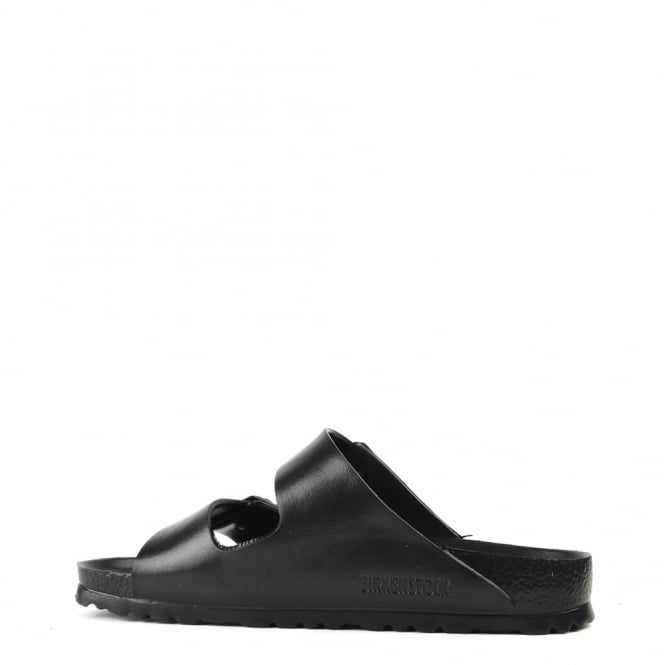 Birkenstocks are timeless, practical and on-trend – what’s not to love? And in classic black they go with just about anything! Head over to Brand Boudoir (Buy) to get your hands (and feet!) on Julianne’s exact sandals. 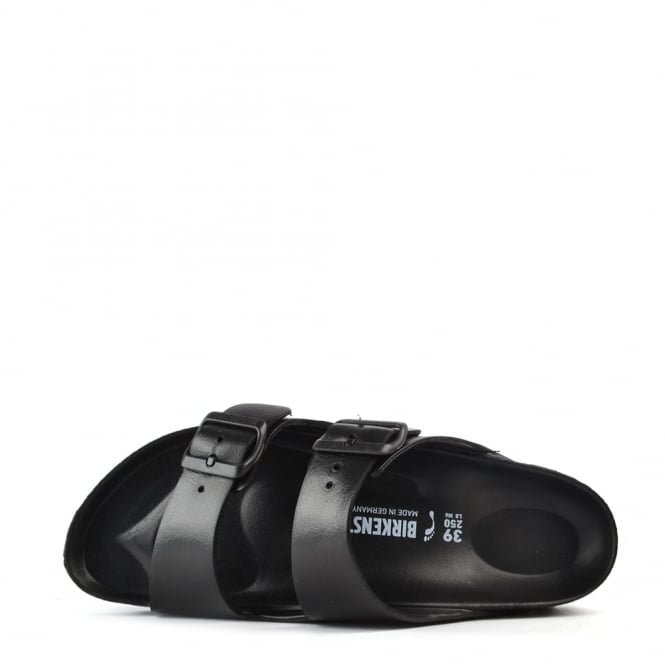 Alternatively, get the look for less with one of the picks from our edit below: 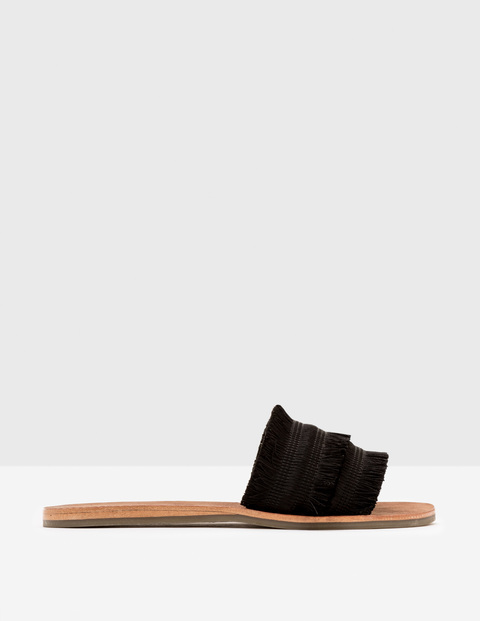 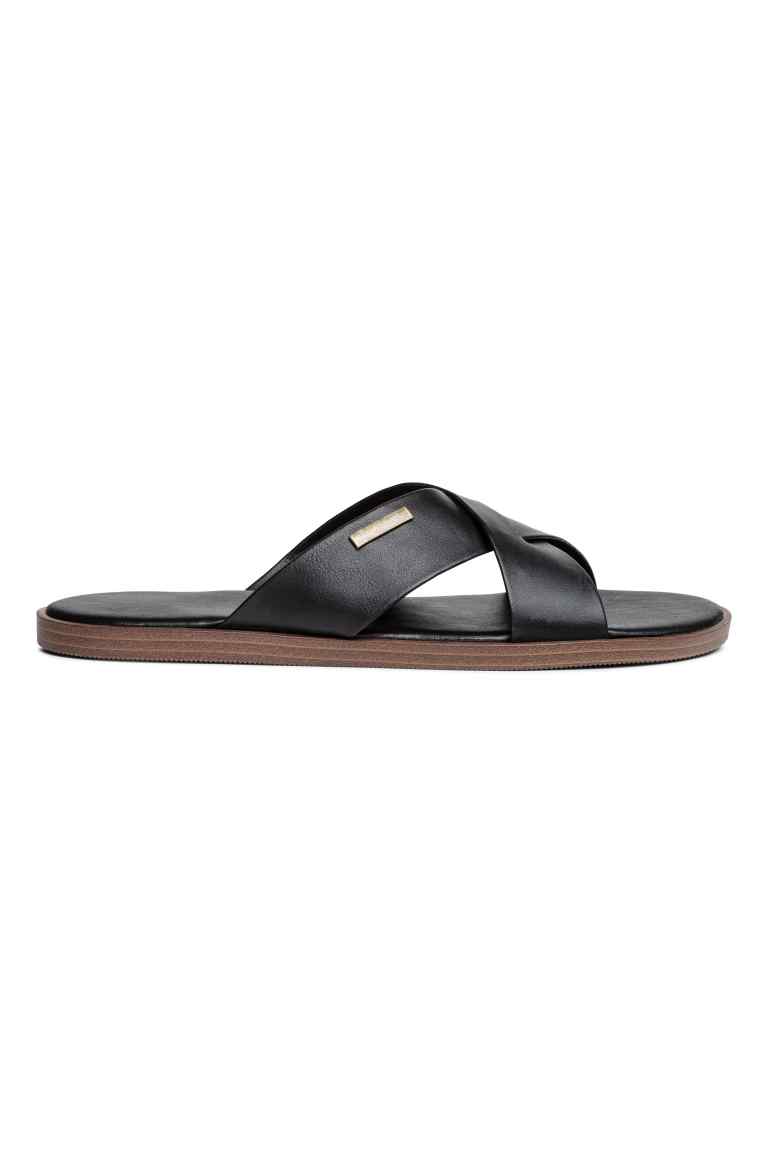