Romance had blossomed following their meeting in Australia in 2015, with the duo tying the knot the following year. And proving they are still in the throes of marital bliss, Jerry Hall, 61, and Rupert Murdoch, 86, couldn’t have looked happier as they stepped out together hand-in-hand to attend the Evening Standard’s Christmas party, hosted by Evgeny Lebedev. The former model cut a glamorous figure for the studded affair, as she slipped into a midnight blue tailored dress and draped a faux fur stole around her shoulders. 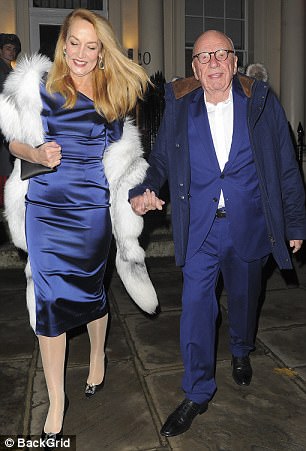 Jerry looked simply sensational for the event, with her dress making sure to showcase her youthful frame. The sophisticated number featured a one-shouldered design and nipped in the waist. The beauty paired her frock with a pair of jewel encrusted shoes and left her long blonde tresses down to fall past her shoulders while swept over to one side. She accessorised her look with a pair of statement gold earrings and finished her ensemble with a slick of scarlet red lipstick on her lips. Her beau Rupert, meanwhile, proved he is so in sync with his love, as he donned a suit in a complementing blue hue. 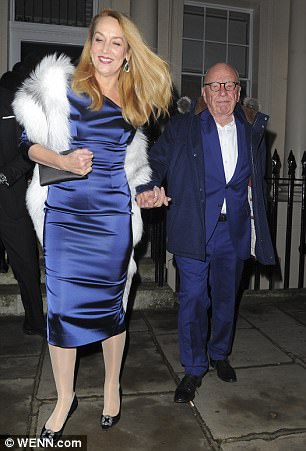 The media mogul, who is worth an estimated $12billion, cut a dapper figure in his two-piece which he paired with a white shirt underneath his smart blazer jacket. His marriage to Jerry is the fourth for Murdoch and the second for Hall, who had a long relationship with Sir Mick Jagger. She shares four children with the Rolling Stones star; daughters Elizabeth, 33, and Georgia, 25 and sons James, 32, and Gabriel, 19. The couple, who have 10 children between them, met in Australia in August 2015, when Jerry was touring Down Under with a production of The Graduate. They were introduced by Penny Fowler, a niece of Murdoch’s sister Janet, and ‘got on immediately’. Their relationship was then made public when they were seen for the first time together at the Rugby World Cup final at Twickenham in London. 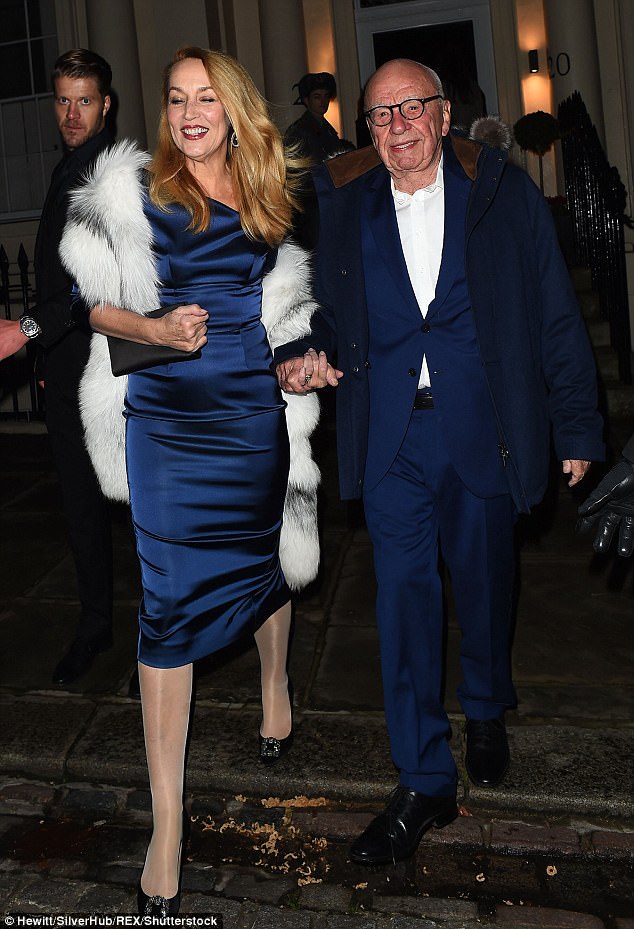 Rupert proposed over Christmas in 2015 and they spent New Year’s Eve on a yacht in the Caribbean with some of their children, announcing their engagement via a £324 advert in The Times. Stars from the entertainment world such as musical theatre impresario Andrew Lloyd Webber, Boomtown Rats frontman Bob Geldof and actor Sir Michael Caine were guests at their wedding at St Bride’s Church in Fleet Street, London in March 2016. 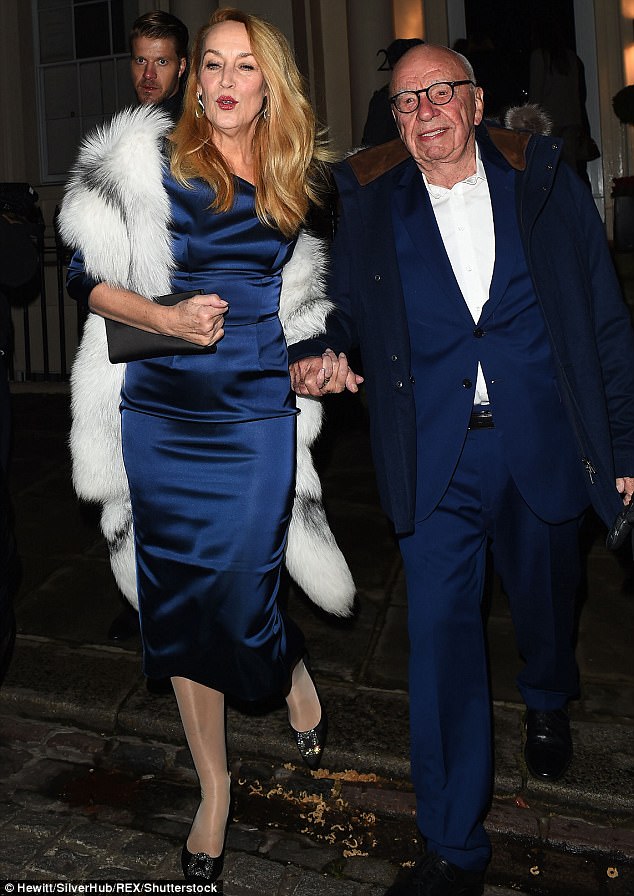 Murdoch was previously married to Wendi Deng, mother to two of his children; daughters Chloe and Grace, but they split in June 2013. Their break-up came amid reports about her infatuation with former Prime Minister Tony Blair. Rupert is also father to daughter Prudence from his first marriage to model Patricia Booker, as well as daughter Elisabeth, 49 and sons Lachlan, 46, and James, 44 with his third wife Anna Murdoch Mann. He and Jerry joined a bevy of celebrity guests at the bash, including the likes of Anna Friel, Elton John and David Furnish, Matt Smith, Mick Jagger and Vogue cover star Adwoa Aboah. Manolo Blahnik’s Hangisi pumps are crafted of black satin. Made in Italy, these shoes feature an almond-shaped toe and Swarovski-crystal-embellished decorative buckle, inspired by the shoes of European royalty. The iconic heels are called the ‘Hangisi’ and feature the brand’s signature embellished buckle on the toe and a mid heels. A fab investment piece, these shoes will never go out of style and you’ll be wearing them for years rather than seasons to come. Follow the link on the right to buy them now or for more choice check out our roundup of alternatives in the carousel below: 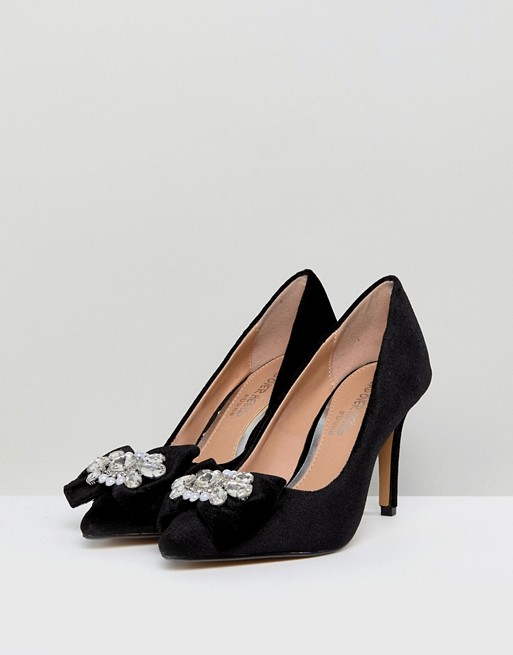