So it’s official. For a while there, I thought Hilary Duff was in the process of working things out with her hockey player ex, Mike Comrie. But it appears the former Disney darling has officially moved on. And by official, I mean, she has finally announced to the world that she is seriously dating her personal trainer, Jason Walsh, by way of a PDA photo posted on Instagram on Sunday.

Whether Jason feels true love for the Lizzie Mcguire star, I really cannot say. But it does appear as though he is sincere. Plus, you can’t deny that they look good together. 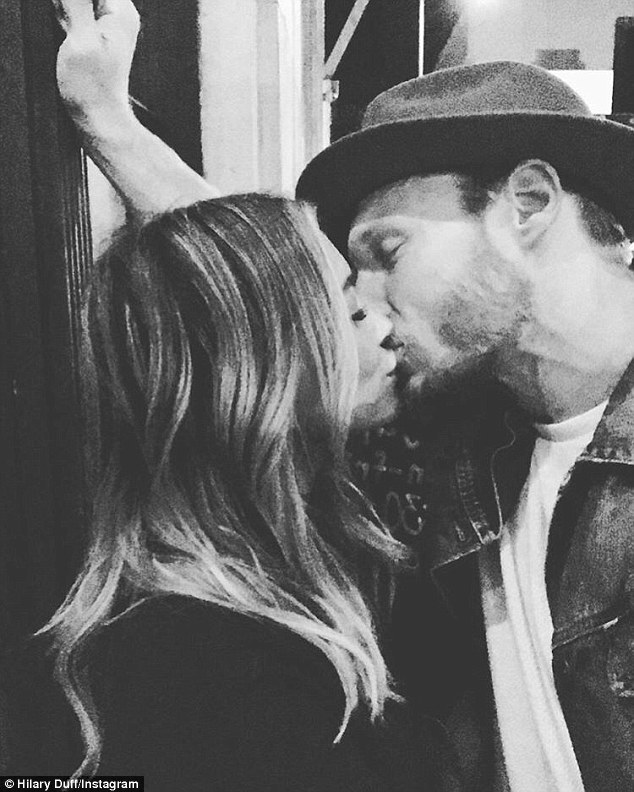 Hilary Duff shares a romantic photo of her and new boyfriend, Jason Walsh, to her social media fans on October 16, 2016

Speaking of Hilary, the blond cutie was spotted out and about in Beverly Hills on Saturday — just before she made the romantic announcement. Her outfit for the activity was rather casual, consisting of ripped jeans, a t-shirt, and some chunky buckled flat slides. But the girl also knew how to glam up an attire. She topped off the mix with a soft floor-length coat and framed her face with cat-eye sunnies for drama. 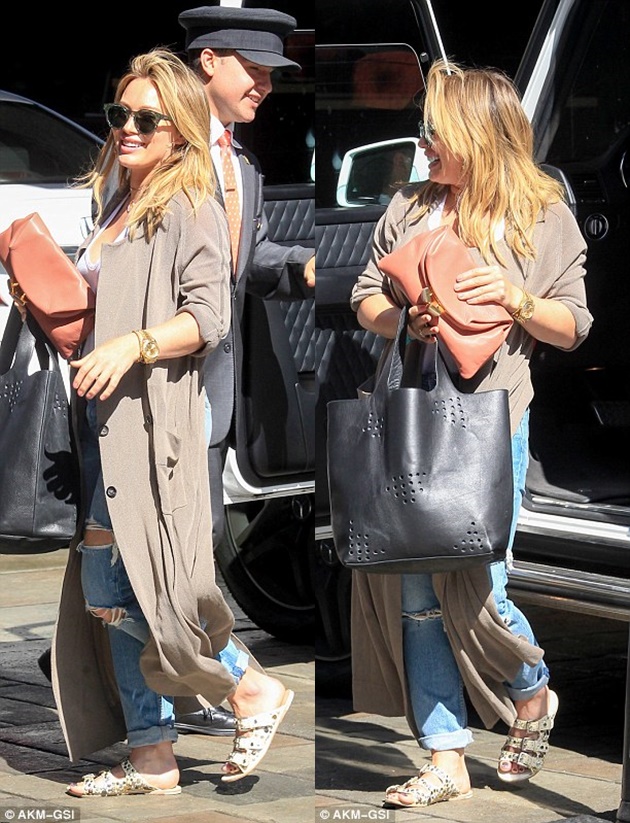 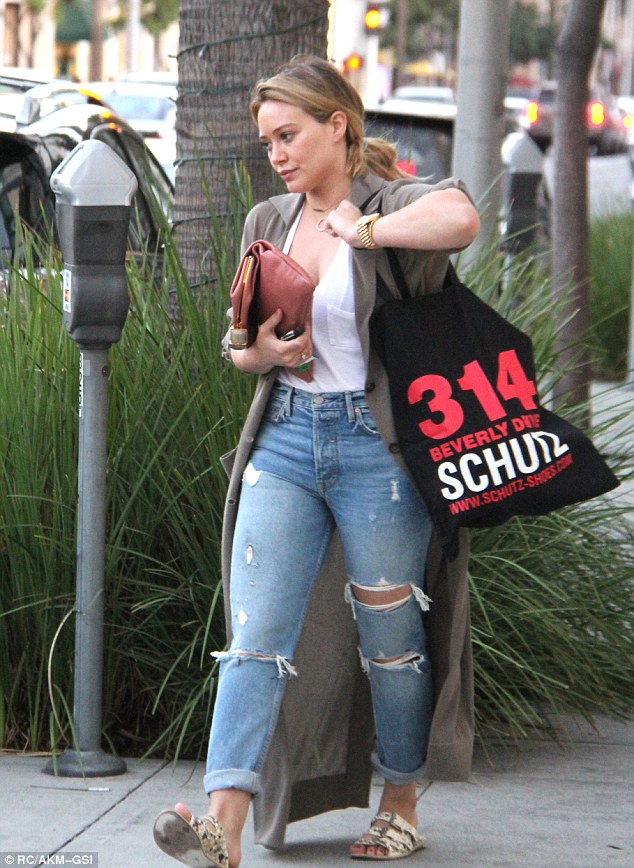 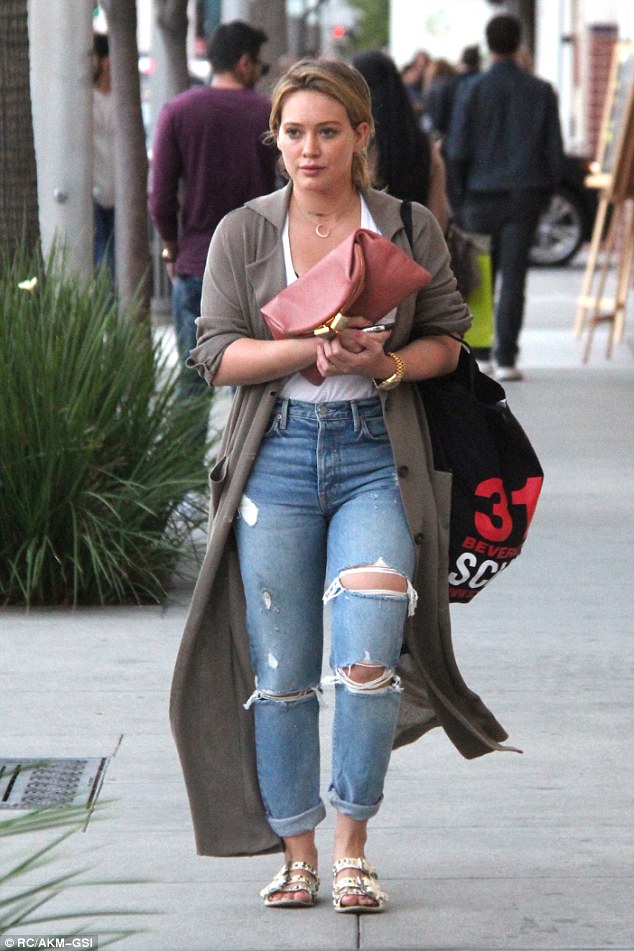 While the sunglasses and coat pulled her whole outfit together, what caught my attention were the slides on her feet. They were heavily embellished with metal add-ons; I honestly found them quite interesting. She was spotted wearing the same pair earlier in the day when she met up with her momager. 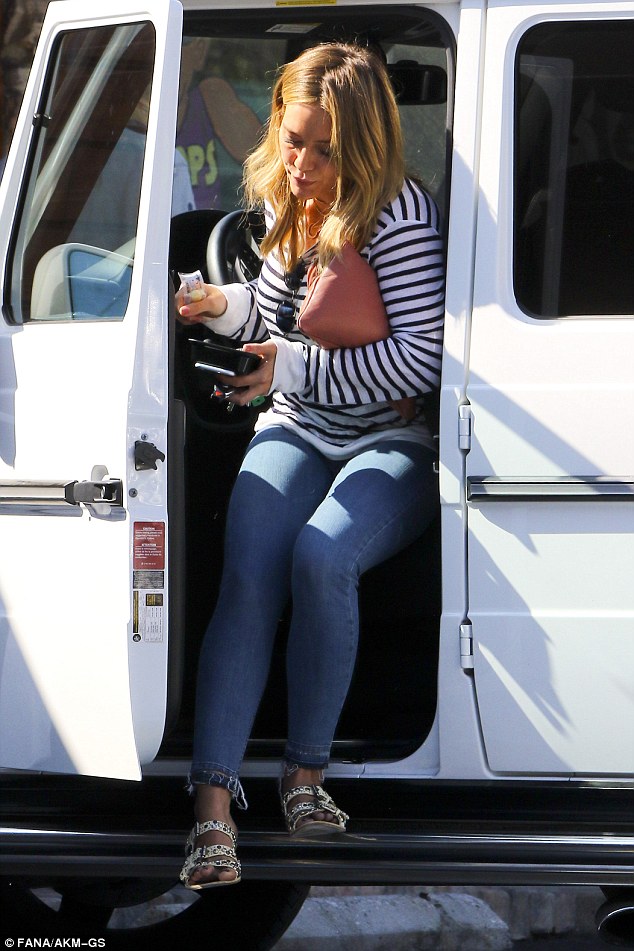 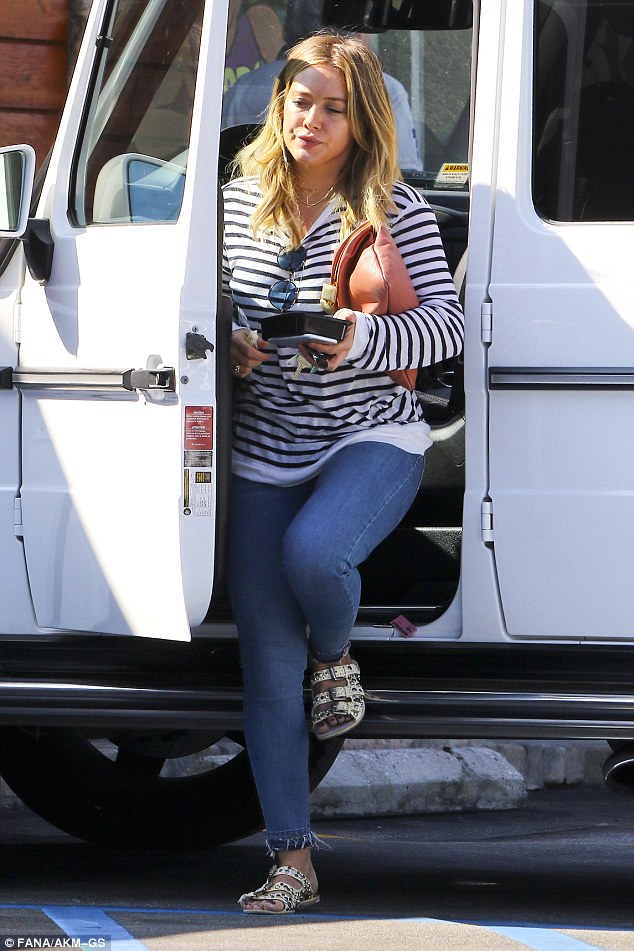 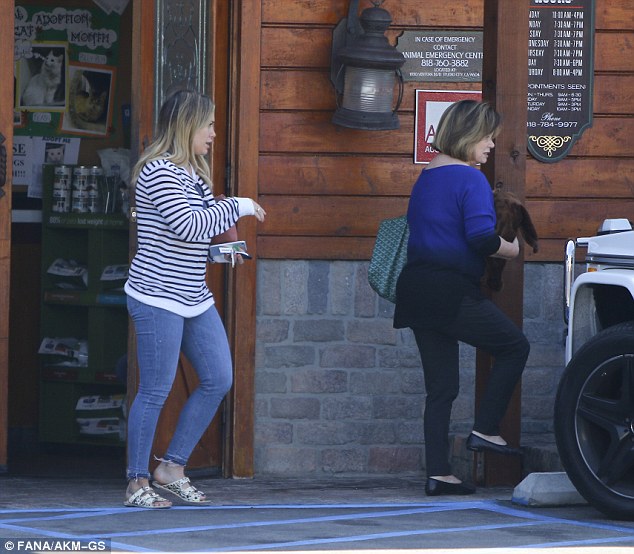 Hilary Duff meets up with her mother earlier in the day

Any idea where Hilary scored her slides?

Because I think they’d look perfect with a short dress. They can tone down the girly-ness of an attire in a snap, and they look really edgy.

No details have been released on the slides, but if you fancy grabbing something similar, try these alternatives from Ash, Sol Sana, and Laurence Dacade: 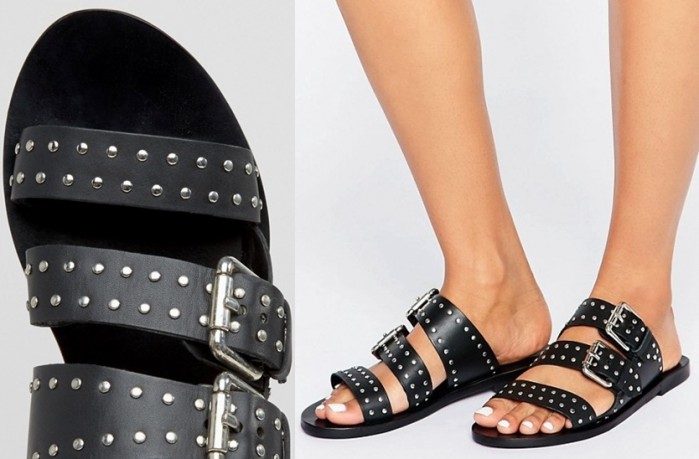 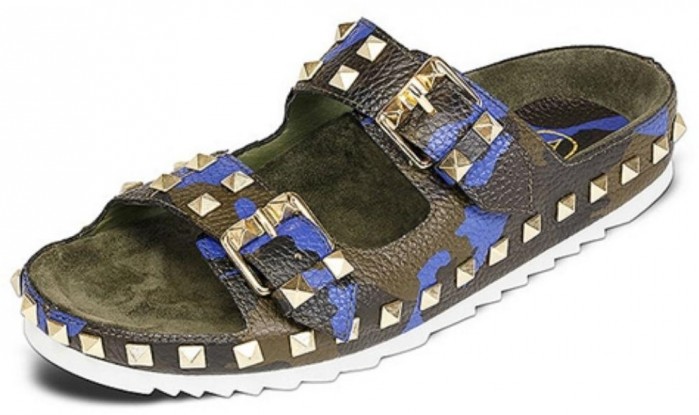 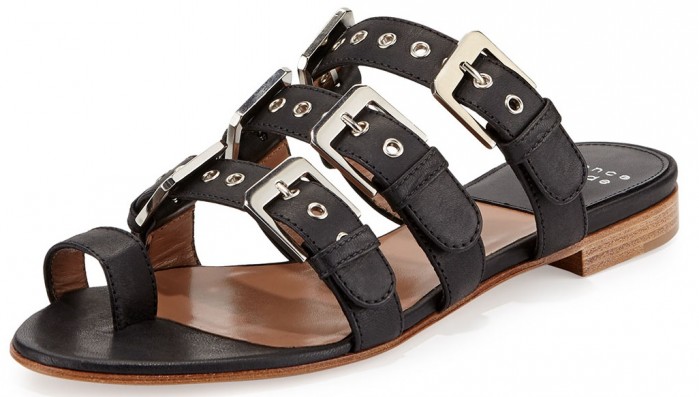