Heidi Klum had some amazing and unbelievable transformations for Halloween over the years. The top model became them all  from Jessica Rabit to Cleopatra, a wrinkled old lady and the Hindu goddess Kali. Once she was even a monkey. But this year, instead of spending hours and hours in make-up, she decided to dress up like… herself. But for her “costume” to be more original, she visited the cloning facility and came back with 5 identical copies of herself. Or at least this is how it supposed to look like. Anyway, those are in fact models meant to look like her. I guess her costume it’s something like “Heidi Klum army”. Seal must be in shock right now :)

The outfit is simple and fabulous , a tight bodysuit and over the knee suede boots. 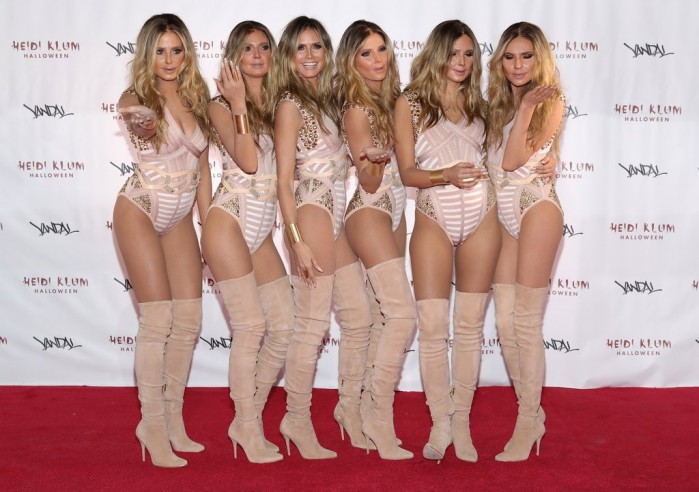 The tight beige boots are a huge trend this fall and this Balmain pair it’s perfect for… Almost any outfit. You can dress up like Heidi Klum and be a part of her “army” or just rock them on the street with a pair of jeans. 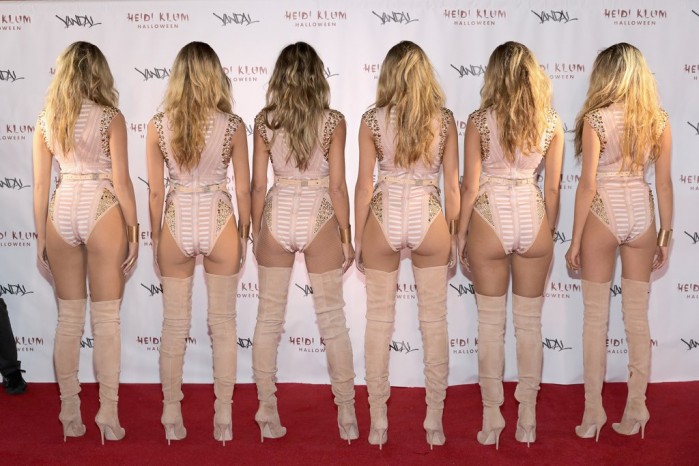 The over the knee boots are a great investment for your wardrobe. A pair like this will never go out of style and you can combine them with shorts, skirts, dresses, a trench coat … Have I made my point already? 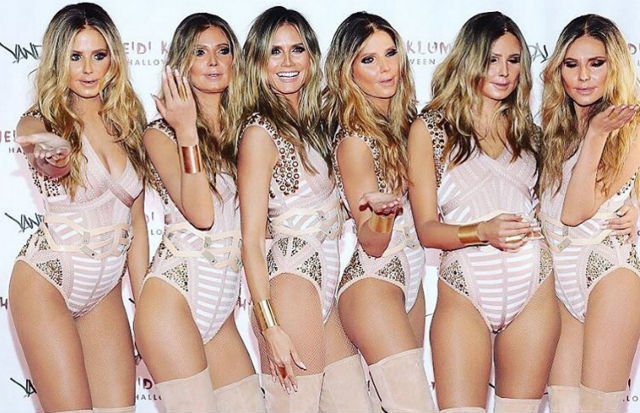 The boots that the Klum squad is wearing are from the Balmain fall winter 2016-2017 collection. 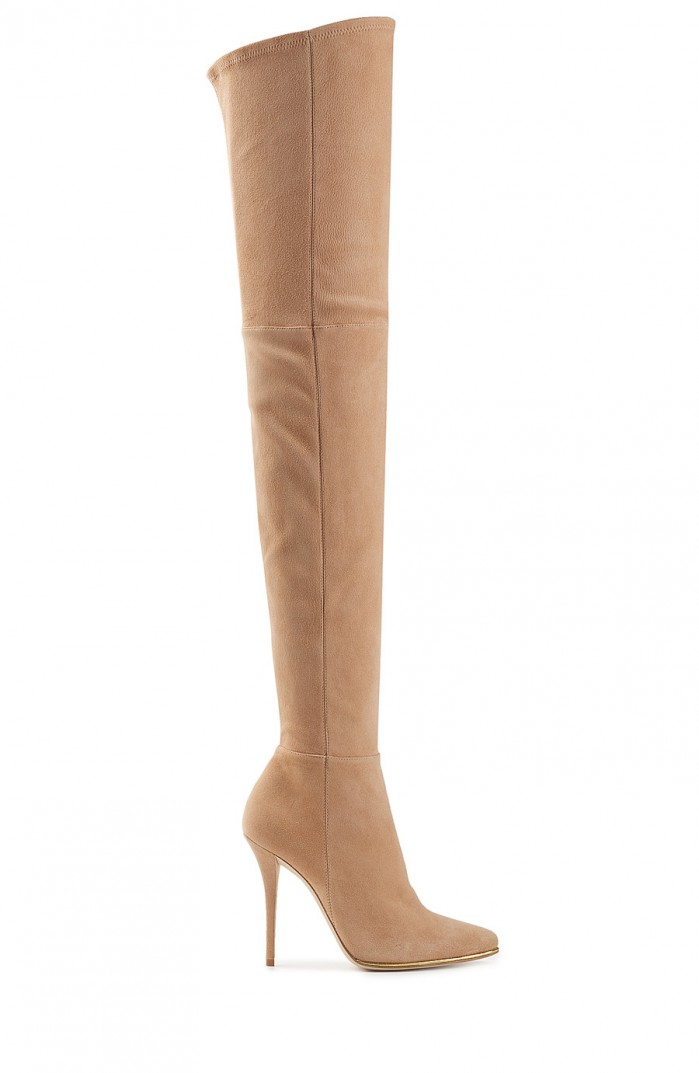 The tight knee high boots are perfect for any silhouette because they give of a body sculpting and skimming effect. 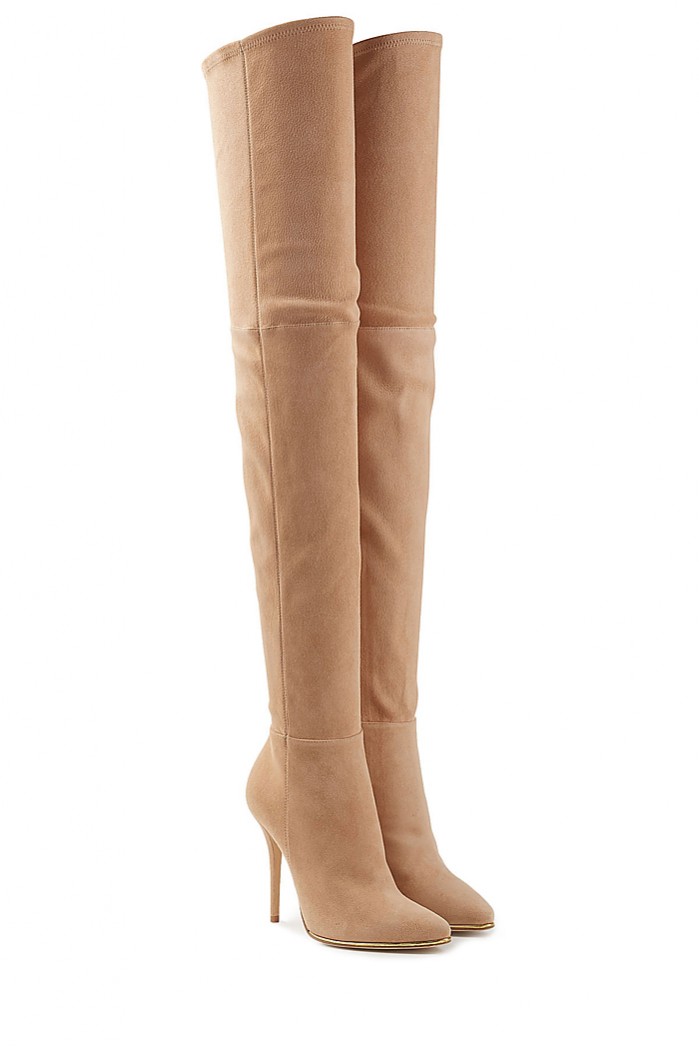 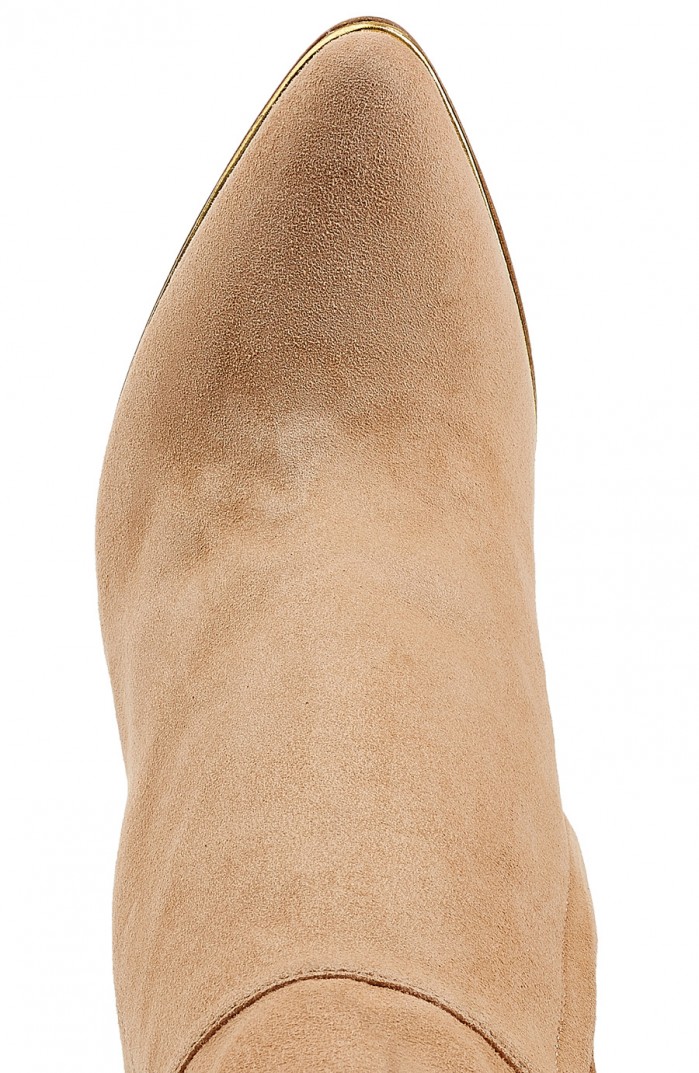