They don’t come much hotter than Charlotte McKinney, and the upcoming Baywatch actress was sizzling on the red carpet during the New York City premiere of her latest movie, Literally, Right Before Aaron. Wearing just a white blazer with lace-up sleeve detailing, the 23-year-old looked sexy as she posed for photos ahead of the film’s screening at the Tribeca Film Festival on Saturday. The low-cut jacket accentuated her cleavage, with just a hint of her lace bra peeking through underneath.

Charlotte’s long, lean legs were on full display, with the model donning a pair of strappy gold stilettos. She accessorized with a gold choker necklace with a clear crystal pendant.

Her long blonde hair was pulled back in a sleek high ponytail. Charlotte stars in the film, about a guy named Adam (Justin Long) who is left devastated after discovering his ex-girlfriend, Allison (Cobie Smulders) is marrying her new boyfriend.

After receiving an invite to the wedding, Adam is forced to deal with his lingering feelings for her. 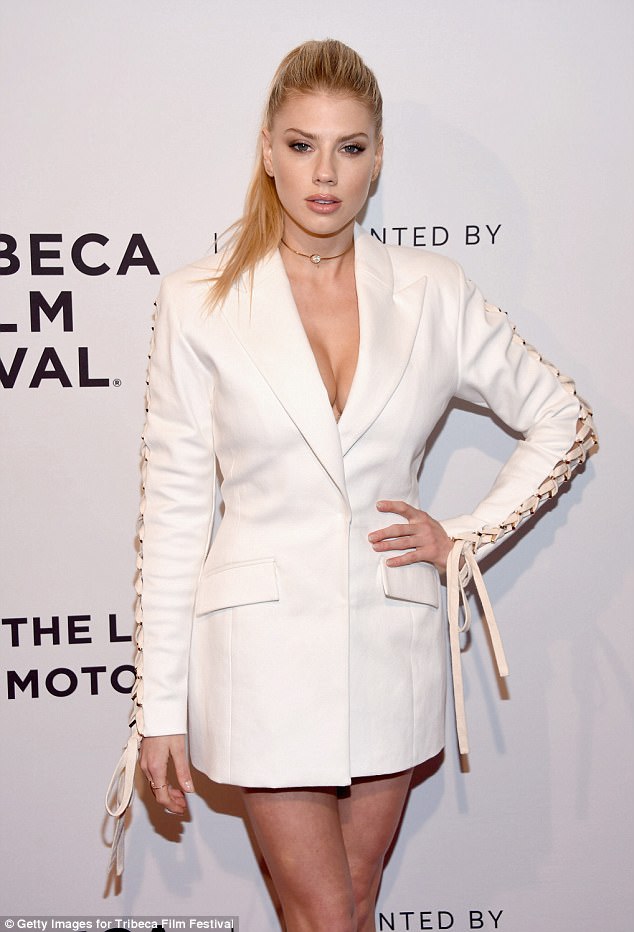 The film also stars John Cho, Luis Guzman, Peter Gallagher and Lea Thompson. It was directed by actor Ryan Eggold, 32, who currently stars on TV in The Blacklist: Redemption. 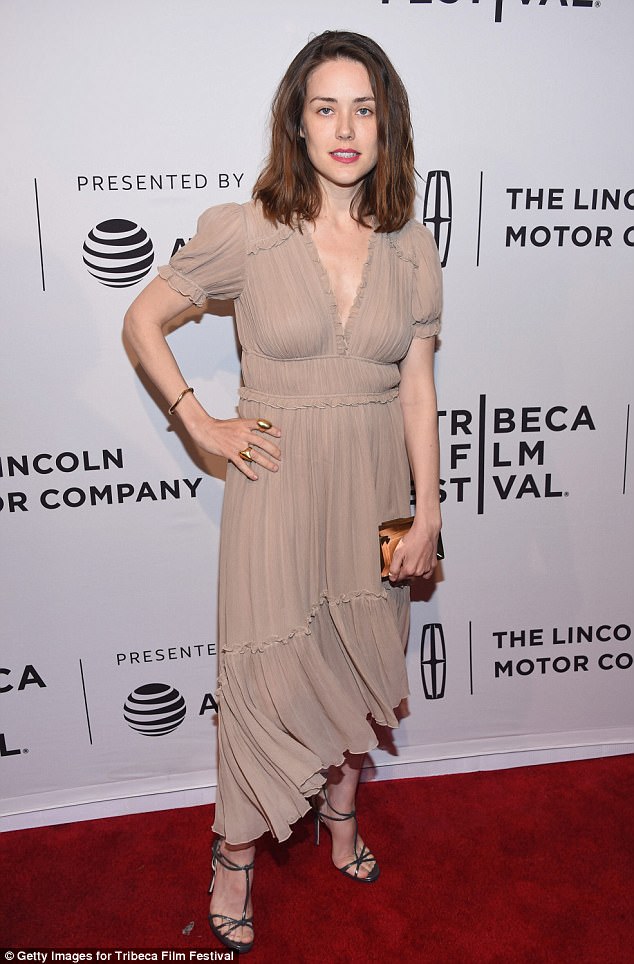 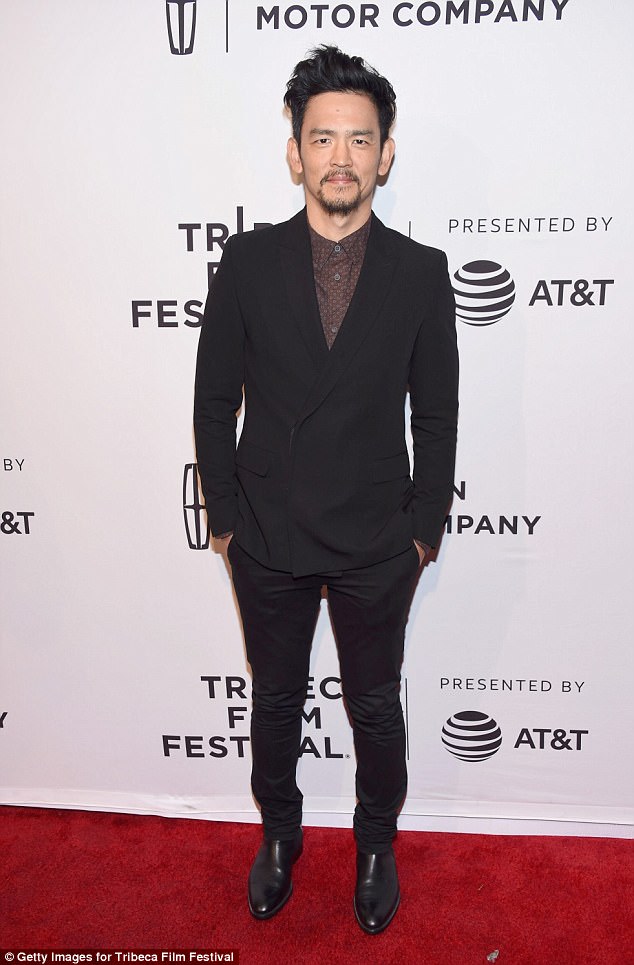 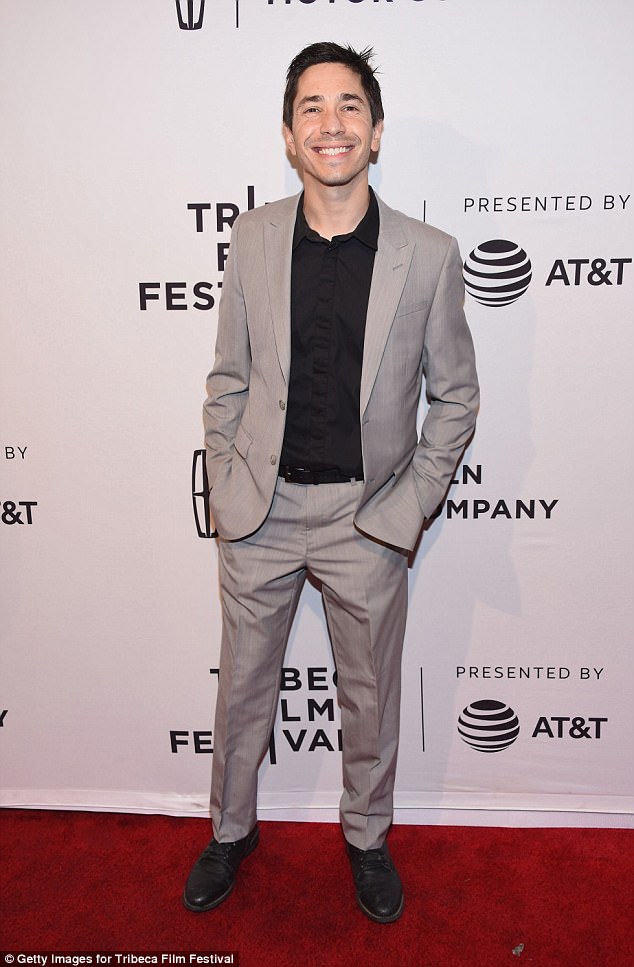 Justin also attended the premiere, looking smart in a grey suit and black shirt. The 38-year-old smiled for the cameras before making his way inside for the screening. 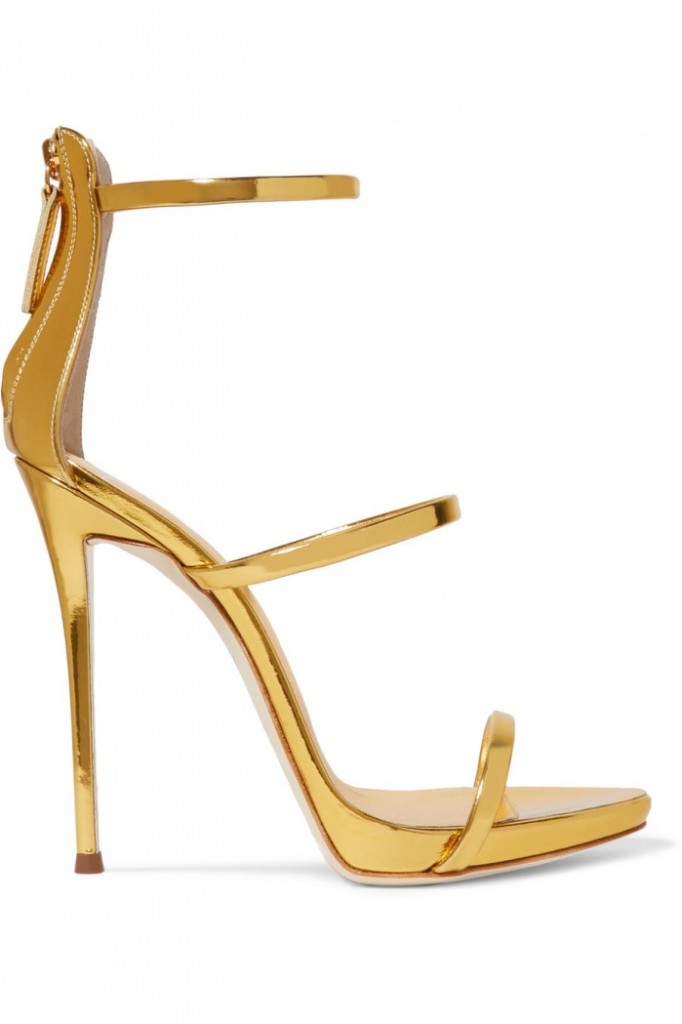 Giuseppe Zanotti’s ‘Harmony’ sandals have three slim straps and a pin-thin stiletto heel – Gigi Hadid and Chanel Iman are fans of the style. This pair is expertly made from gleaming gold leather and has a lightly cushioned insole. Wear yours for formal parties and events. 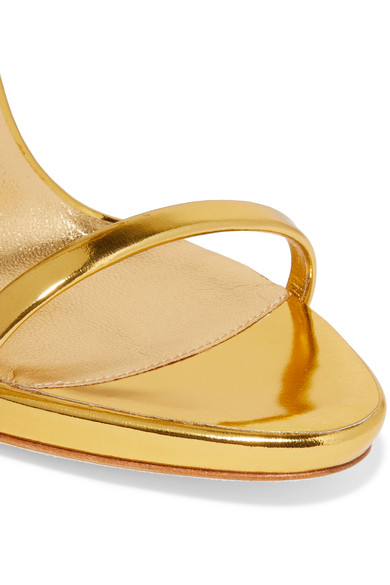 Designed by Giuseppe Zanotti, these metallic heels are the perfect addition to your party-time wardrobe and will add instant glamour to any evening attire! 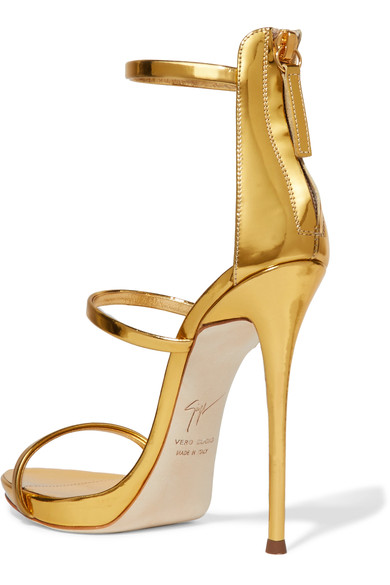 Follow the link below to get your hands on them now at Net-a-Porter, or for more choice check out our edit of alternatives in the carousel below: 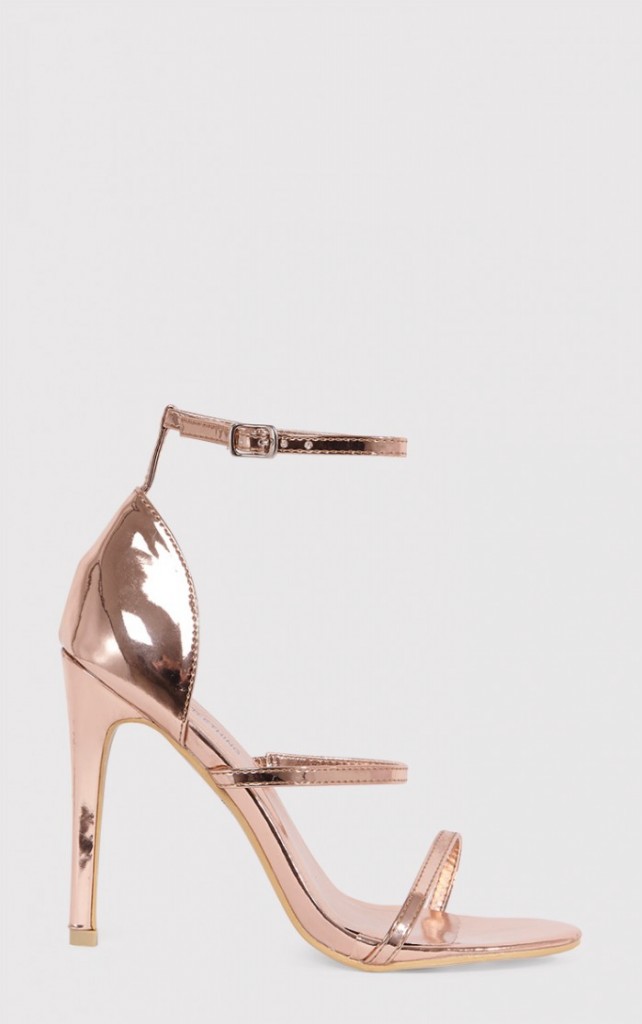 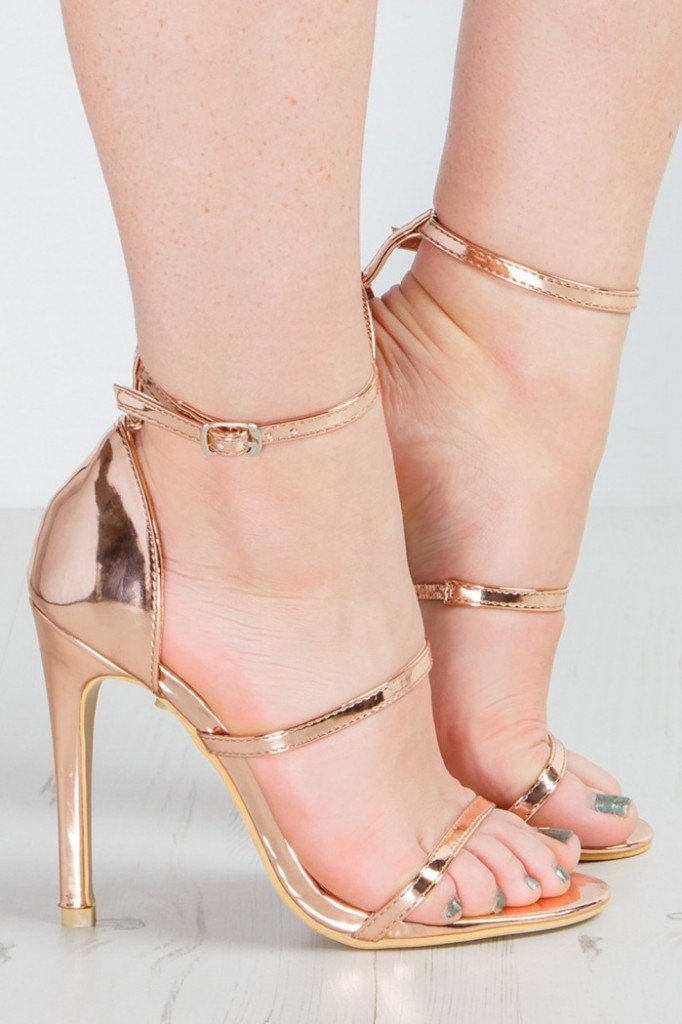