Give your look a lift in studded platforms by Saint Laurent

Give your look a lift in studded platforms by Saint Laurent

Lady Gaga was in good company on Tuesday evening as her star-studded 31st birthday celebrations got underway in Los Angeles. The outlandish singer was joined by new boyfriend Christian Carino at Venice Beach restaurant Gjelina, where a host of celebrity friends helped celebrate her special day. Sporting a floor-length lace dress, Gaga added glamor as she made her way into the restaurant hand in hand with CAA entertainment agent Carino.

Teasing her newly dyed locks into a stylish pompadour, Gaga revealed a face accentuated by liberal touches of mascara, eyeliner and thick red lipstick. Walking alongside his girlfriend, Carino hinted at a lavish gift for the star by clutching a small bag from luxury jewelry store Tiffany & Co in his free hand.

Gaga and Carino were first spotted together in January of this year; he was also at his lady’s side at rehearsals for her Super bowl performance. Prior to her relationship with the CAA agent, who calls Jennifer Lopez and Justin Bieber clients, the singer was famously engaged to actor Taylor Kinney. The couple was together for six years before ending their relationship July 2016. 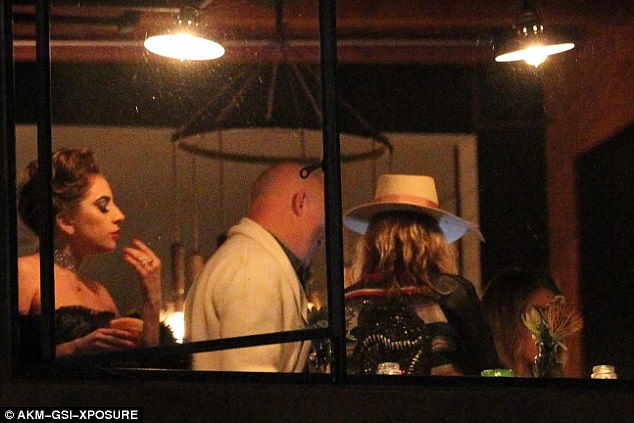 Birthday girl Gaga was centre of attention at the private event. The singer was seen mingling with friends at the upmarket Venice Beach venue. 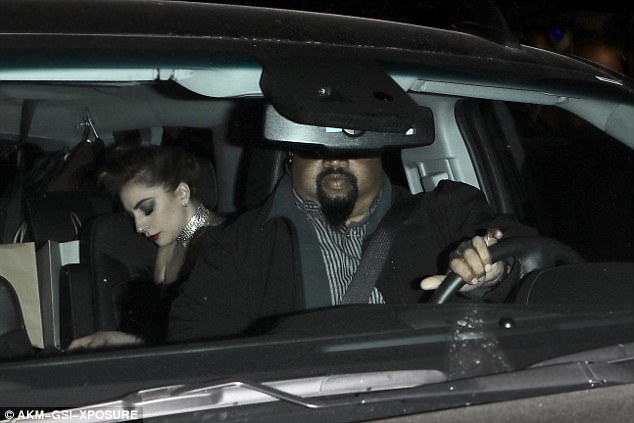 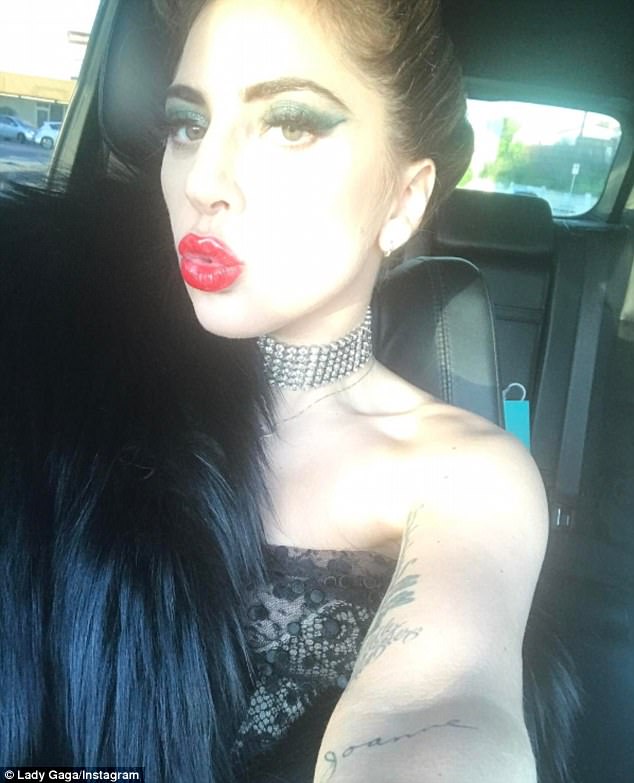 Earlier that day the singer marked her 31st birthday by revealing her new glossy dark hair colour in an Instagram post. The Poker Face star shared a sexy selfie, and heartfelt message for her fans – playfully referred to as Little Monsters. 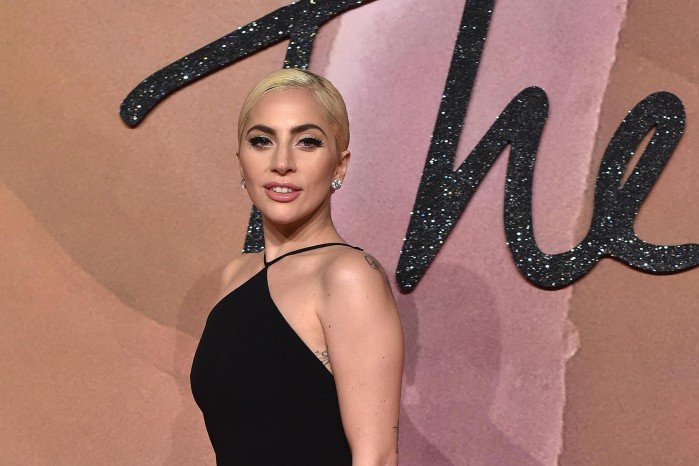 Lady Gaga has a million reasons to celebrate her birthday in a star-studded celebration! 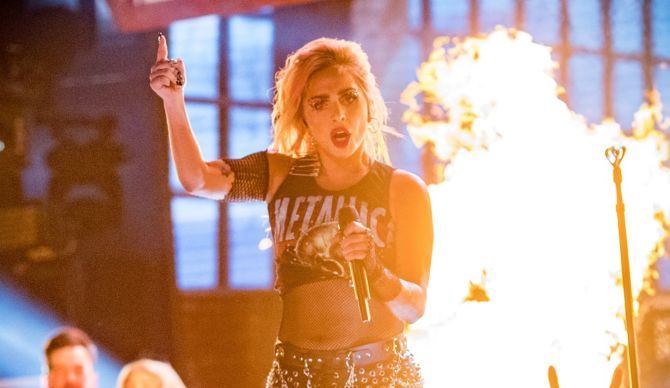 Meanwhile, Lady Gaga’s music career is in a really good shape. Her fifth studio album, Joanne, which was released in October 2016, became her fourth album to reach number one on the Billboard top 200 chart. 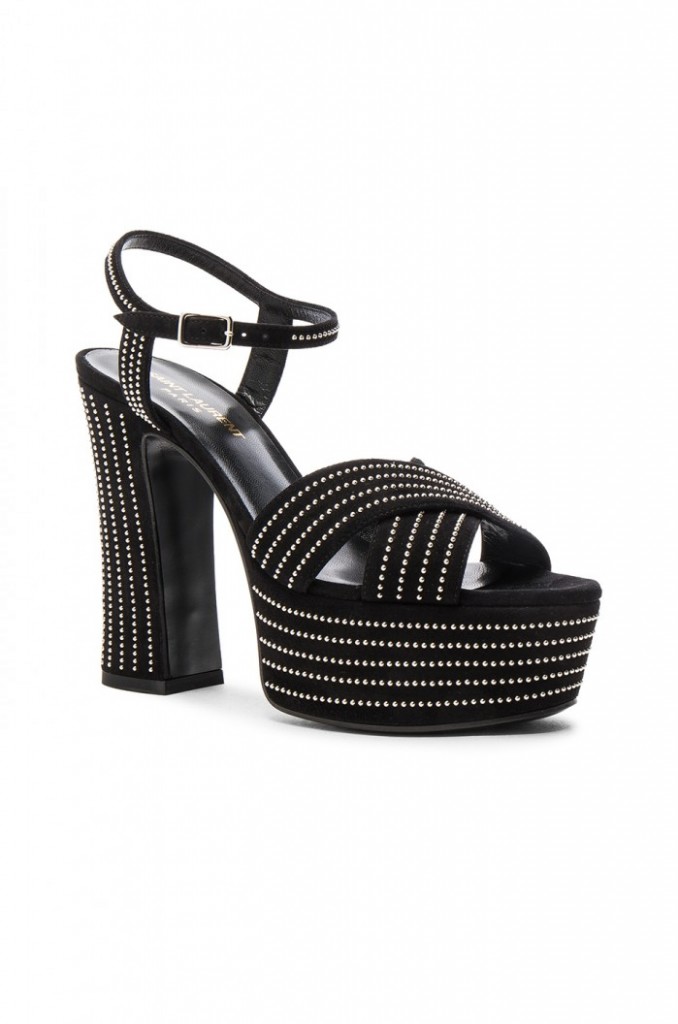 Her pair of Saint Laurent platforms might be hidden under her dress, but the shoes she’s wearing are these statement studded sandals, which feature a chunky platform and an ankle strap. 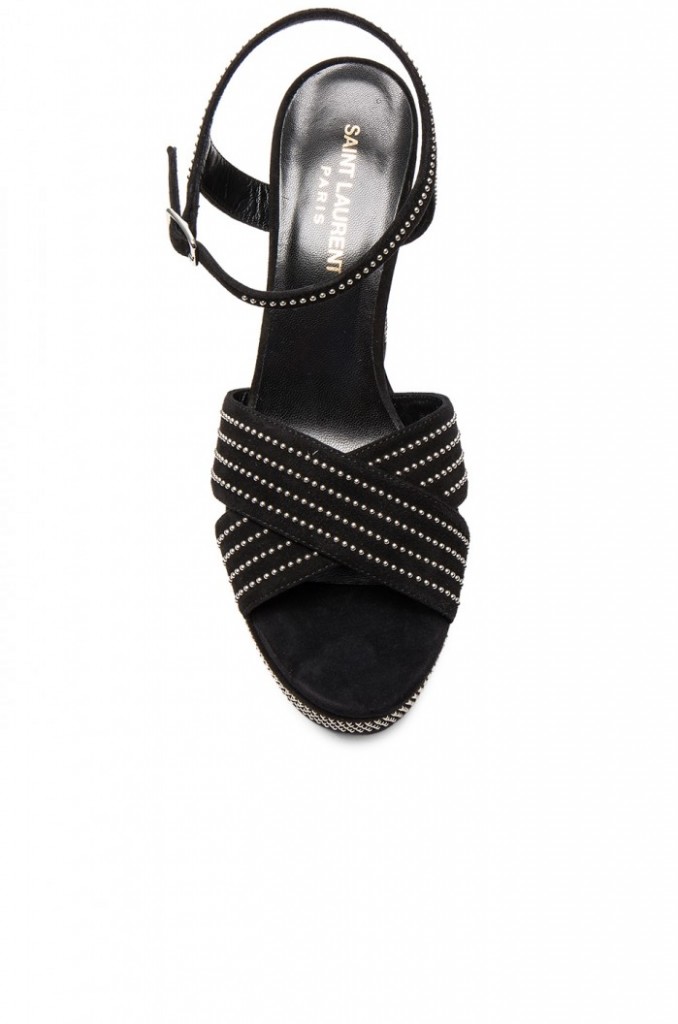 They’re the perfect way to make your legs look like they go on forever so click (Buy) to grab them at FWRD. 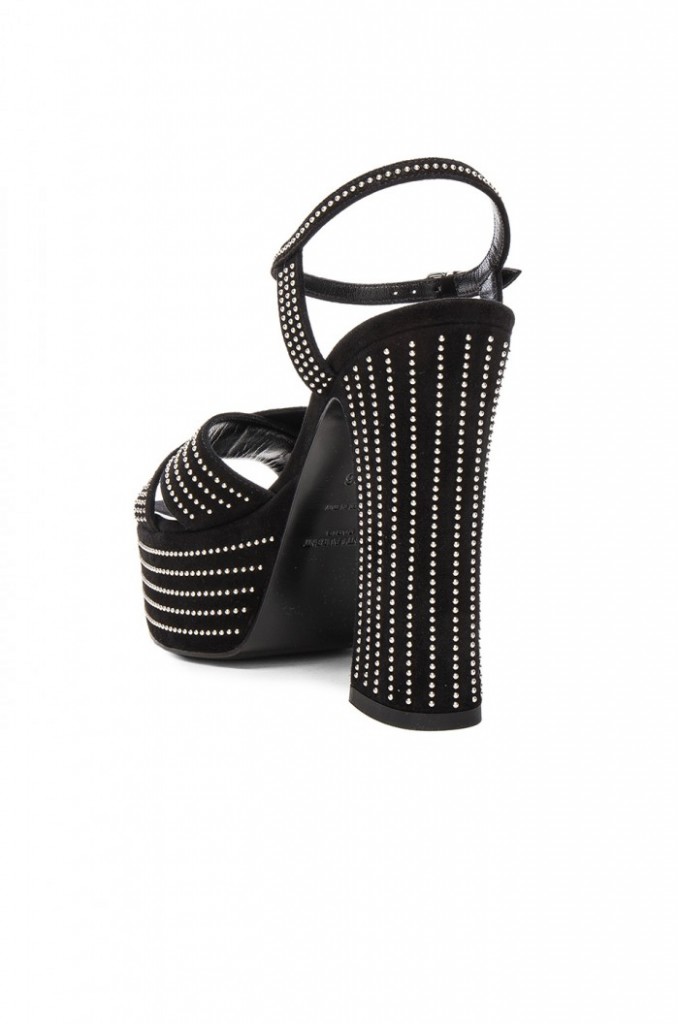 Or get a piece of the platform pie with the help of our edit below: 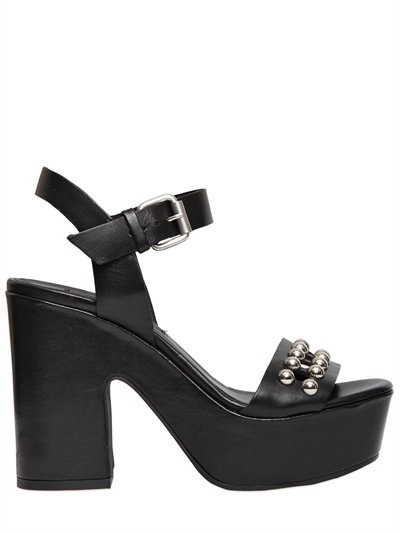 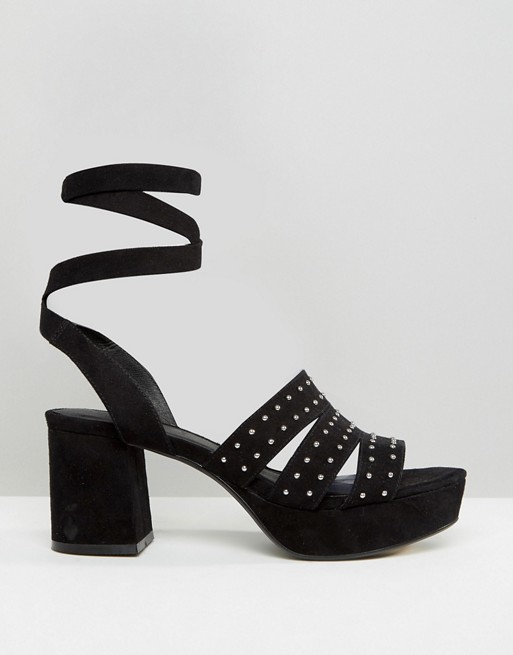