She’s known for her stunning looks and incredible model physique. And Gisele Bundchen, 37, looked sensational as she displayed her famously endless legs in a shoot for Arezzo Brazilian Summer 2018 campaign. The mother-of-two showcased her lithe limbs in an array of skimpy ensembles, which made the most of her supermodel physique. 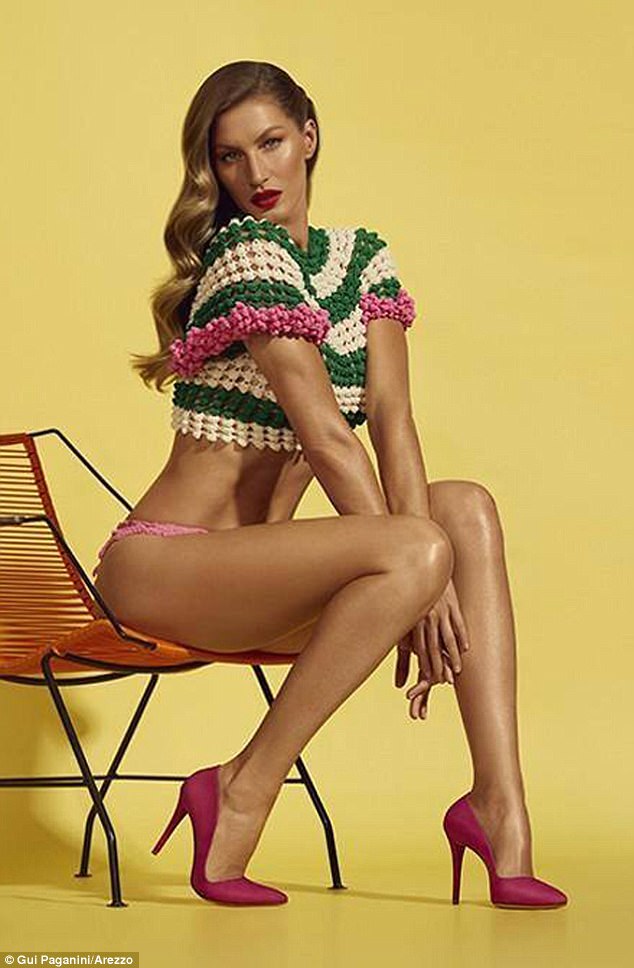 One of the looks was a yellow shirt, cropped to reveal her toned abs, with a matching pair of high waist shorts to further accentuate her tiny midriff. The Brazilian beauty styled her golden tresses into waves, and sported make-up to highlight her stunning features with a pop of red lipstick. Gisele donned a pair of towering block heels for the shot, and posed with her leg on a chair suggestively. 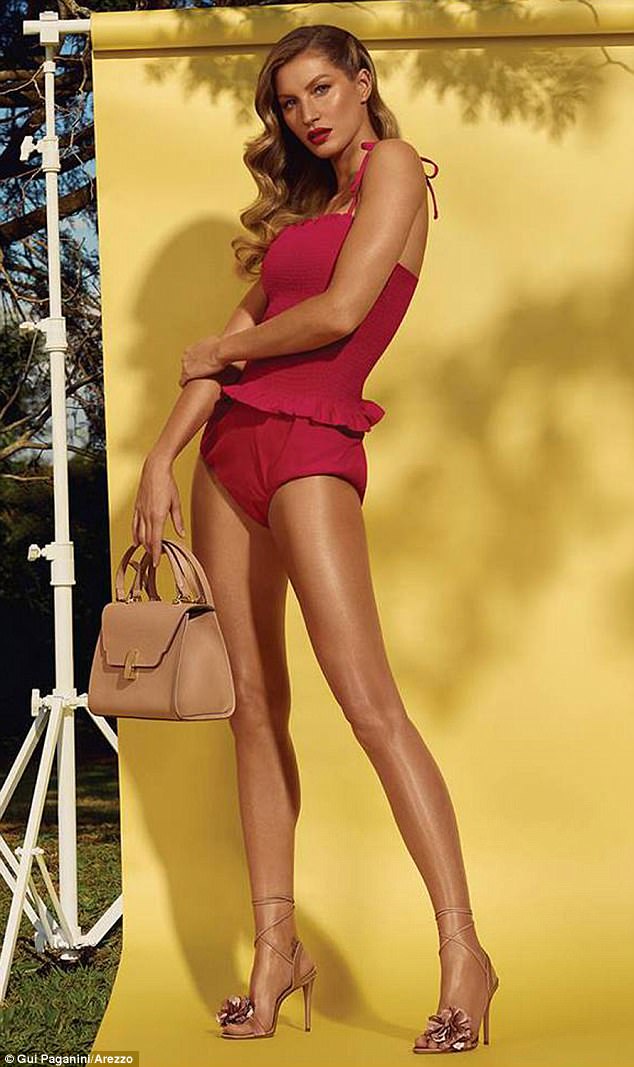 For another shot, she wore a scanty cherry red swimsuit which again flaunted every inch of her sizzling figure. Carrying a stylish tan handbag, she slipped on a pair of strappy heels adorned with a 3D flower design.  The former Victoria’s Secret Angel has had a vastly successful career since she was thrust into the limelight at the age of 20 as the year 2000 approached, when she was dubbed ‘the body’ by designer Alexander McQueen.

In 2012, she placed first on the Forbes top-earning models list. In 2014, she was listed as the 89th Most Powerful Woman in the World by Forbes. Gisele married New England Patriots quarterback Tom Brady in 2009. Bündchen and Brady have two children, a son, Benjamin Rein, born in 2009, and a daughter, Vivian Lake, born in 2012. Gisele and her family eat primarily a plant-based diet. She told People magazine: ‘We all love it. It’s not only good for our health and makes us feel good, but it is also good for the planet!’ 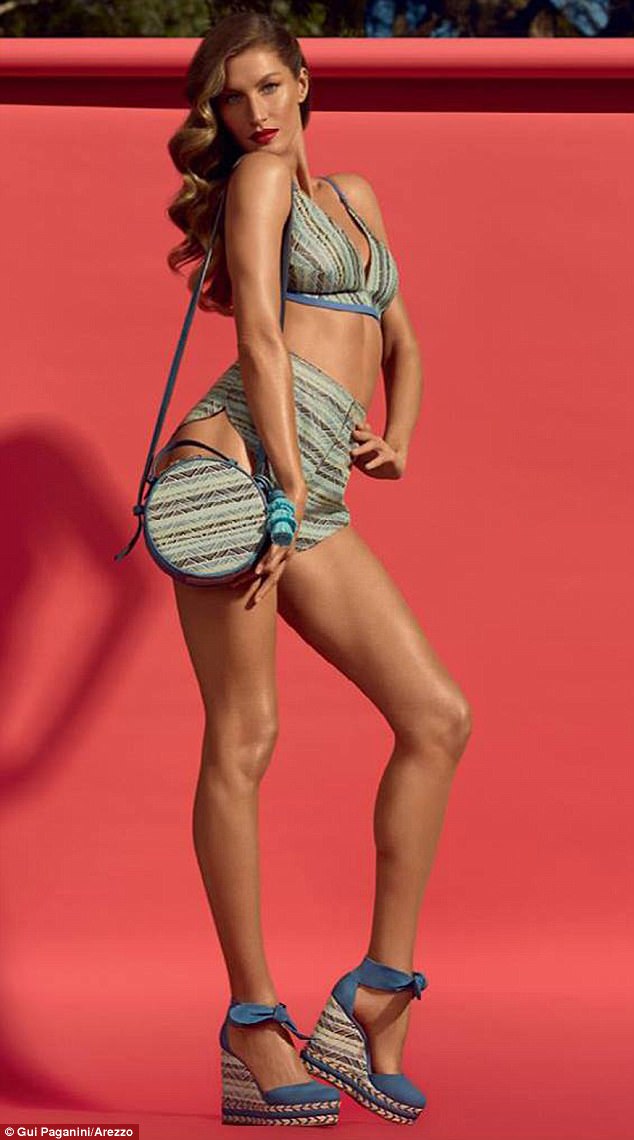 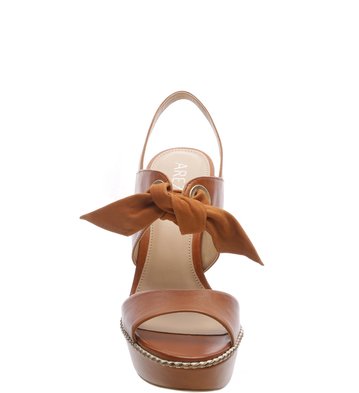 From bright pumps to embroidered circle bags and classics such as these tan platform sandals, the new line is seriously lust-worthy. 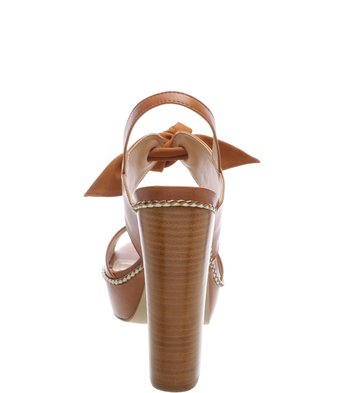 We love a tan sandal come summer. They go with everything, they tend to lengthen legs and they never go off trend. 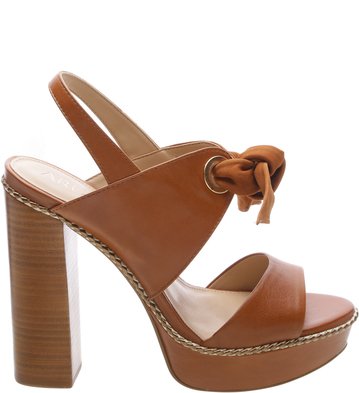 Brazil is about to head into their summer while we’re shivering this side of the pond, but it’s never too soon to stock up on sandals. Click ‘Buy’ to snap this cute tie front pair now and see below for similar options below: 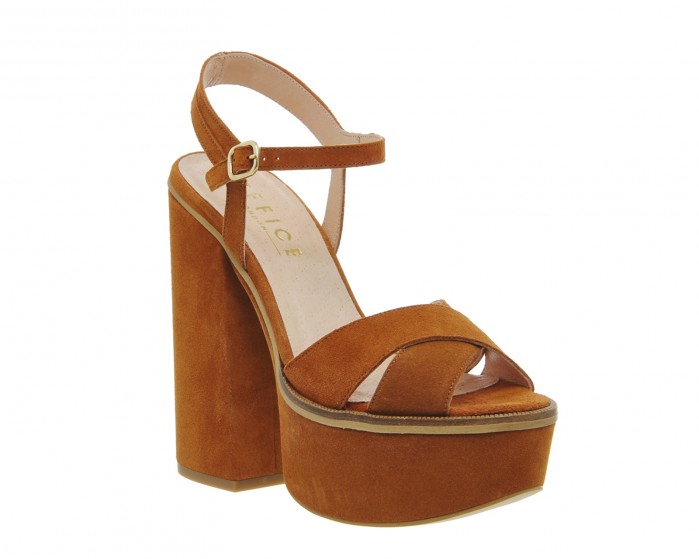 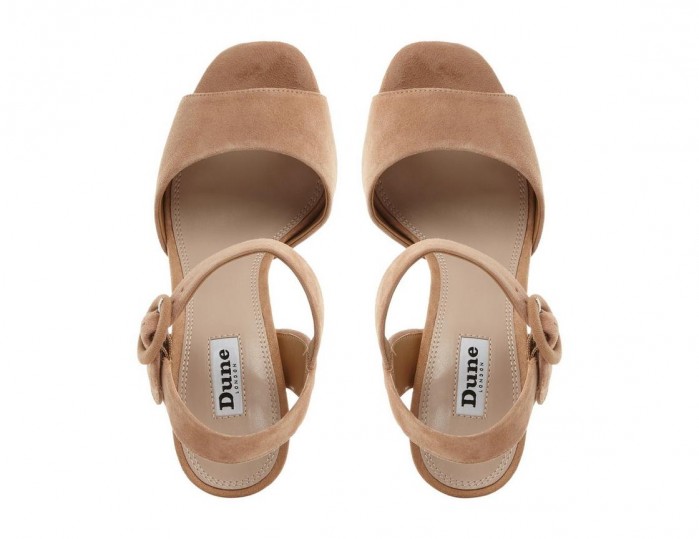